There are definite post-war connotations to the word ‘utility’. There are, or were, utility trucks and, if you were said to be wearing utility clothing, everyone would know that you weren’t exactly dressed for a night on the town! Today, many of us have utility rooms in our houses but, whilst the dictionary describes the word ‘utility’ as being ‘basic and standardised’, it says of the word ‘utilitarianism’ that it is whenever ‘actions are right if they are useful or benefit the majority’. I could go on but, by now, you are, I’m sure, wondering just what my ramblings have to do with chicken keeping. In that case, let me explain!

Because most of us reading this erstwhile magazine keep chickens in the back garden as a hobby and for fresh eggs, we tend to choose our breeds for both looks and practicalities. Not so in the past: if a bird happened to be considered good looking that was a bonus; the main criteria was, however, that it should produce something ‘useful to the majority’, whether it be eggs or meat.

Quite obviously, lightly fleshed birds, usually of Mediterranean origin, would be the most efficient egg layers, whilst heavy-bodied birds such as the Cornish would provide a meal for the family. Other breeds such as the Wyandotte, Sussex and Rhode Island Red were what is commonly referred to as ‘dual-purpose’; the cockerels could be fattened quite quickly and efficiently while the females would lay a fair amount of eggs throughout the year and then, when their useful life was over, could be killed and included in a slow cooking pot roast.

So where does the term ‘utility’ come into play as far as chicken-keeping is concerned? Well, from the various snippets I’ve gleaned as a result of periodically perusing my collection of old poultry books – the main of which were written between 1900 and 1935 – it appears to be used quite often as an overall description of any breed that was commercially viable in either egg laying or meat production.

The Ancona, for example, was a noted egg layer and featured as the winner of many commercial laying trials – and also on the show bench. In fact, in Fortunes from Eggs, compiled in 1919, it was said that the Ancona ‘is probably the only breed which has the same type for utility and exhibition’. Even in my early days of chicken-keeping in the 1960s and ’70s, the Ancona was just as popular in the back gardens of those who required a plentiful supply of eggs as it was an exhibition breed. But, some 40 plus years later, the question has to be asked: ‘Where are they now?’ On the ‘At Risk’ list of the Rare Breeds Survival Trust (RBST), that’s where.

The Ixworth – a utility bird bred essentially with meat rather than egg production in mind – is also on the same list. Originating from the time between the two World Wars, and taking its name from its Suffolk village of ‘birth’, the breed was developed by Reg Appleyard whose intention was to develop a quick maturing table bird. Using several white feathered and light-skinned breeds, Appleyard’s intention was to produce the fine white skin and meat required by the English table market.

A decade or so later, the Brussbar gave chicken-keepers’ of the era another choice of ‘utility’ breed. Nowadays however, they are as rare as the proverbial ‘hen’s teeth’ and the only ones I am personally aware of are kept by Andrew Sheppey of the Cobthorne Trust (mentioned in the ‘Summer 2014’ issue of the RBST’s magazine, The Ark). Like the Ixworth, the Brussbar came about by cross-breeding – and, in time, Brussbar cockerels were mated with Rhode Island Red hens in order to create the Rhodebar! 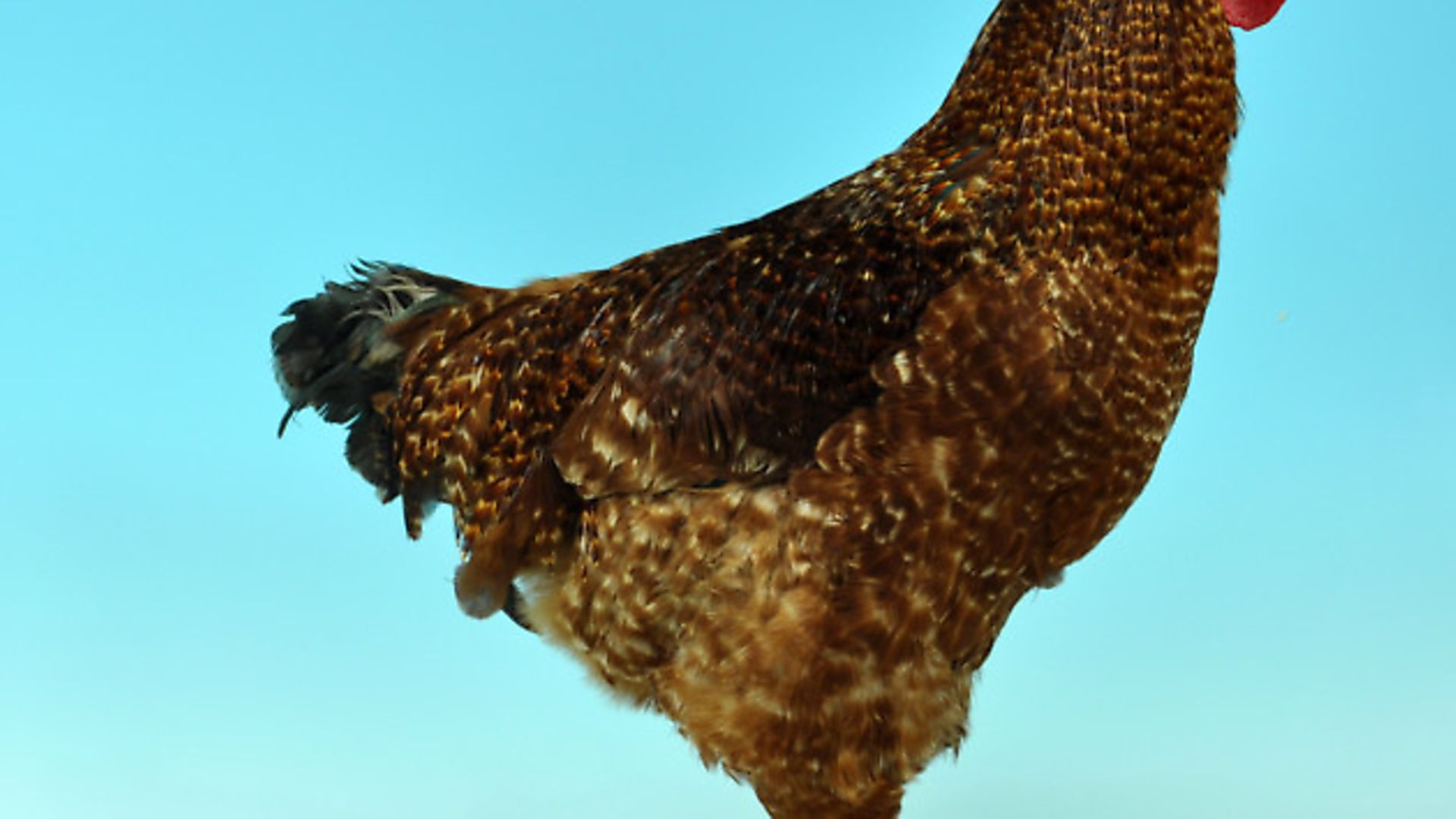 From the evidence shown above, it appears that many ‘utility’ birds were produced from an amalgam of several breeds, each of which were added to the mix in order to create a type or strain that would do well in whatever sphere of commercial poultry keeping was required at the time.

Such thinking undoubtedly paved the way for some of today’s commercial hybrids – the majority of which were developed from the traditional poultry breeds. A cross between Rhode Island Reds and Light Sussex was a common one, as was that of a Rhode Island and a Barred Rock. These matings also had the advantage of being sex-linked so it was possible to tell the sex of the chicks at day old – an important factor if you wanted only females for laying without the unnecessary expense of rearing all that was hatched to a point when unwanted cockerels could be identified and culled. Modern examples of ‘utility’ egg laying breeds include the likes of the Black Rock or Gold Star Ranger.

The Rare Breeds Survival Trust lists five categories in its ‘Watch List’. These are: 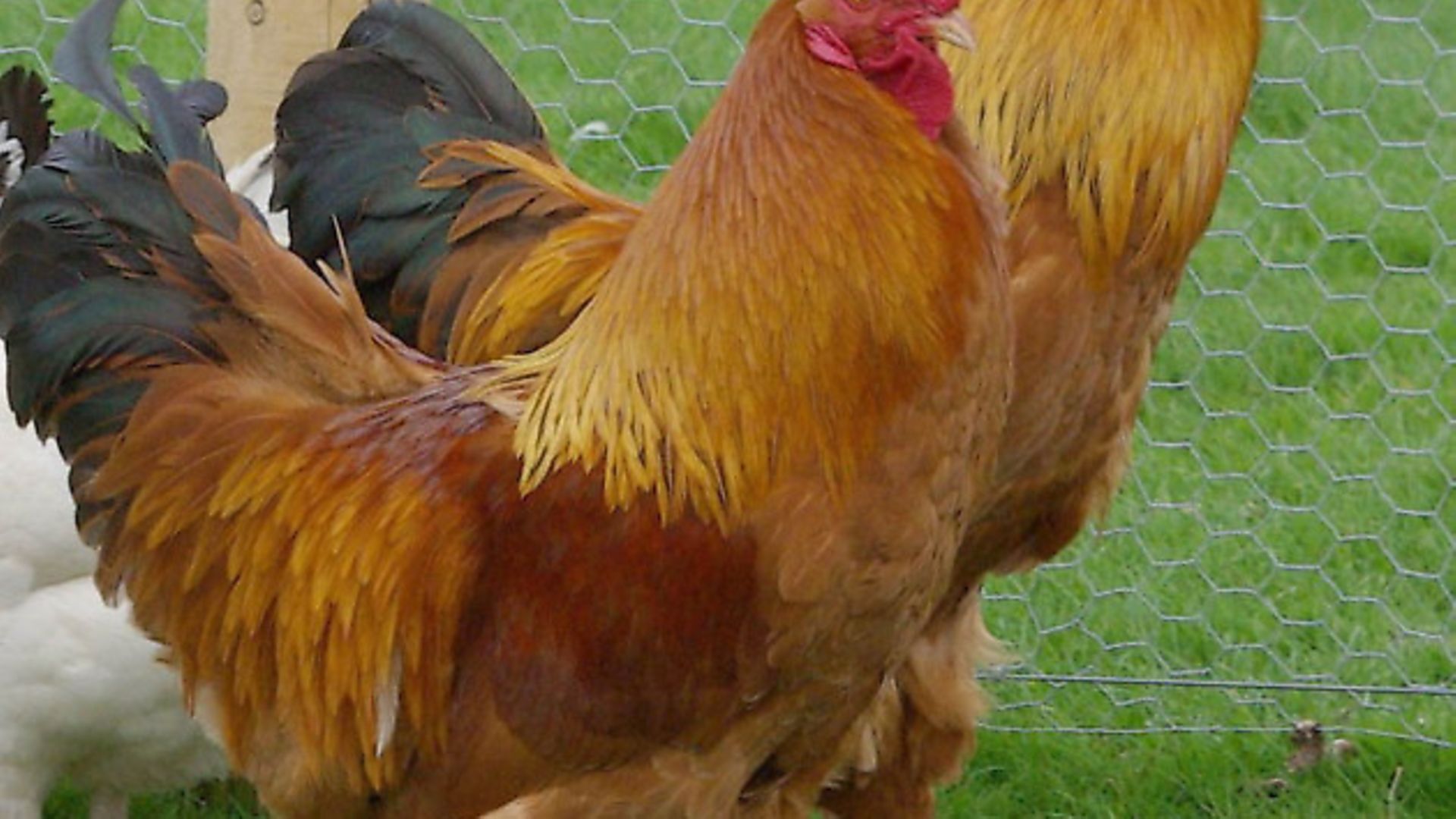 It is perhaps as well to clarify that rather than being rare in overall numbers, a breed might be rare in its geographical concentration. As the RBST points out ‘Some breeds may be numerous but if the majority are found in a small geographical area the breed will be highly vulnerable to disease epidemics’.

As rare or ‘at risk’ though some breeds might be, all the time parent stock can be found, there is nothing to prevent anyone from doing their bit for chicken conservation by keeping, hatching and rearing the old original utility breeds. Most are, because of the original creator’s criteria of requiring birds to mate, breed and mature quickly without complication, the perfect choice for even the most novice of enthusiasts.

The majority of readers will, I imagine, be more interested in egg production than they will in birds for the table. The likes of Anconas and similar Mediterranean breeds are, therefore, well worth consideration. A word of warning, though: they can be quite ‘flighty’ so require a secure run if they are not to be continuously checking out your neighbour’s garden!

Despite being developed primarily as a table bird, the Ixworth will, nevertheless, lay a reasonable amount of good-sized eggs during the season and the varieties of breeds that were once an important part of British chicken-keeping history (such as the Brown Sussex) and which are now themselves something of a rarity, will all give eggs, unlimited pleasure – and their genetics to the future.

Breeding such birds is no more difficult than keeping them. Referring back to my library of old poultry books, it seems that the time of year one began breeding any type of utility stock was of prime importance. In the commercial world, it was obviously essential that hens would come into lay for an optimum period and that table birds would be ready for the meat market at a time when customers wanted to buy.

In her book, Fowls and How to Keep Them (1924), Rosslyn Mannering opined that ‘Pens for utility breeding may be mated during December and January. Hatching in February for the heavy breeds and in March and April for the light, non-sitting ones will produce pullets to lay in September and October… April and March are the two busiest and most suitable months for hatching, especially if the chicks, as in the case of the majority of poultrymen whose stock of birds is strictly limited, are to be reared by natural methods’. Mannering did, though, then go on to say that ‘May and early June is not too late for the quick-maturing, light breeds, such as Leghorn and Anconas’.

Whilst some utility breeds may well not be quite as pretty or handsome as others, they are, however, an important part of our poultry heritage and the more people that keep and breed them, the more secure is that future.