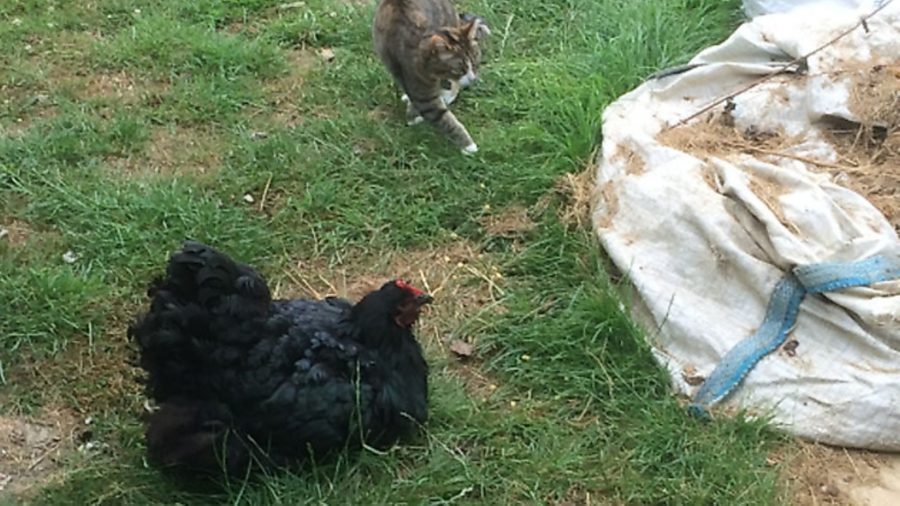 A broody Brahma and a sick old stager have kept Martin Gurdon on his toes this month. 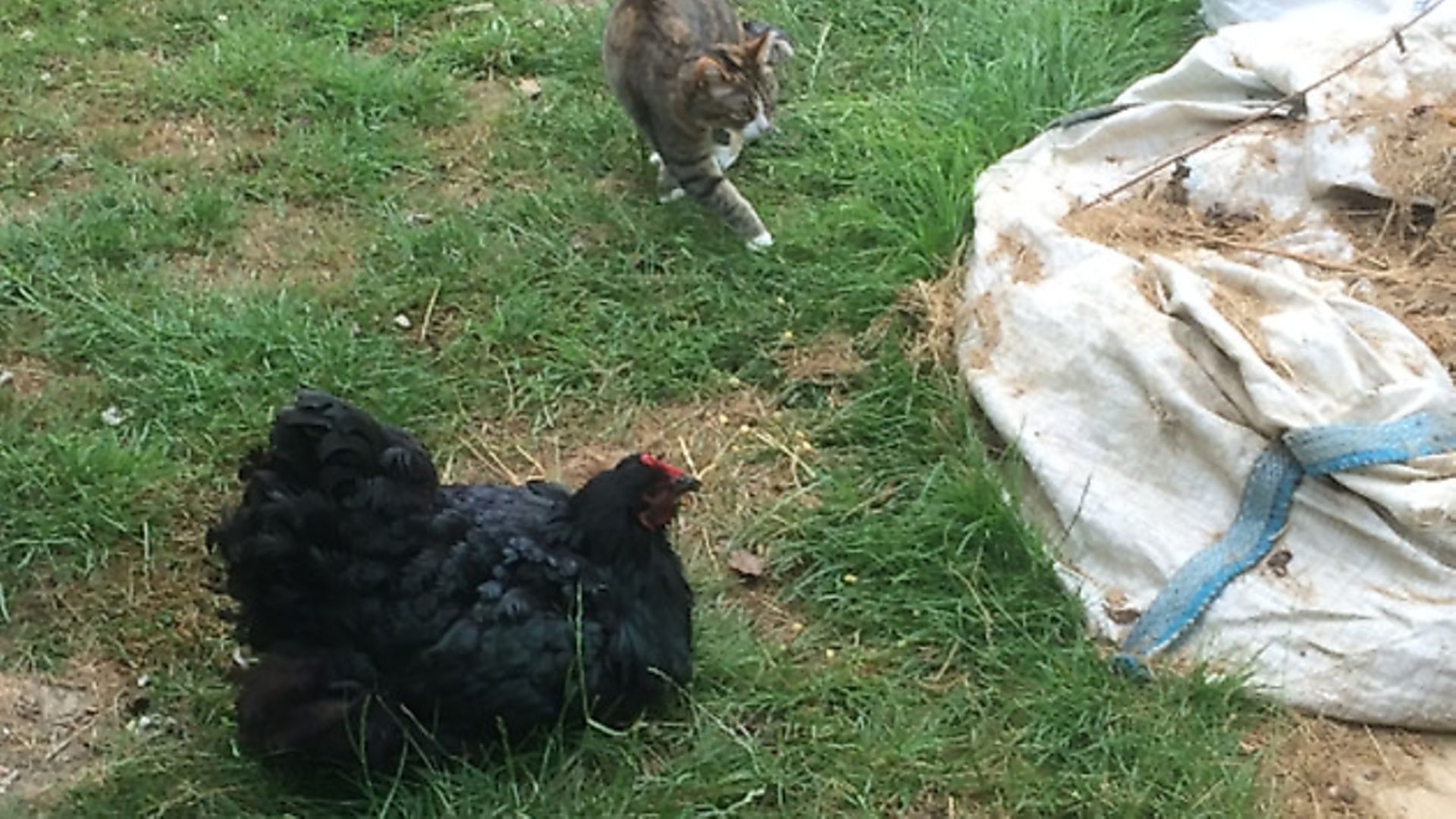 Two of our most determined birds are keeping me busy.

Priscilla the Brahma went broody weeks ago, and still shows no signs of giving up. Despite the lack of a cockerel to fertilise the eggs, and latterly any eggs to sit on, she has continued to hunker down like a feather-clad teapot cover, covering nothing at all.

So I’ve taken to shutting her out of the henhouse during the day. Normally access to dust baths, foraging opportunities and the company of the other chickens will knock the parenting urge on the head after a few days. Not so with Priscilla. After a month her enthusiasm for hatching eggs is as strong as ever.

I’ve been at home a lot recently, so the birds have been able to roam the garden for hours. They tend to be fed at 6.30 in the evening, at which point I re-open the henhouse. As soon as this happens Priscilla will abandon her enthusiastic scoffing and stomp into the gloom, plonk herself on the floor and start heating it up.

The others will join her when it gets dark, and come the following morning she won’t come out without persuasion from me. The biggest irony of all is that yesterday I found an egg, stone cold, lying about six inches from Priscilla. How long this battle of wills is likely to continue is a mystery, but if she’s still doing this come Christmas time I shall be cross.

Speaking of crossness, I’m just back from the vet with Squawks, officially our most irritable chicken, who is now very old and suffering from a recurrence of the respiratory problems that nearly carried her off before.

The bird’s enthusiasm for eating and savaging the unfortunate Priscilla remains un-dimmed, but latterly her energy levels have dipped. When I get everyone up in the morning she’s tended to stay in the henhouse with Priscilla and has needed to be chivvied out, when she will eat and drink with enthusiasm.

Her breath has frequently had a roll-up rasp, but this has become more pronounced in recent days, and when she began to get a little wobbly on her feet I knew it was time to seek professional help. I feared that she might have trichomonas, which felled the much younger Myrtle a couple of months back.

We set off on one of the hottest days of the year, on a trip that usually takes 20 minutes and involves a brief blast along the M20 motorway.

However, I’d forgotten that thanks to a French seamen’s strike it had been turned into a huge lorry park and closed to regular traffic. We arrived 15 minutes late and having missed our slot not unreasonably had to wait another half an hour whilst the vet ministered to a sick terrapin.

Squawks is about eight, and I worried that the stressful journey wouldn’t do her any good, but she was pretty resistant to the vet, which I took to be a positive sign.

The prognosis is a bit mixed. Her lung function is not what it should be, but there was not obvious sign of trichomonas, although the vet cautioned that it could be lurking beyond her gullet, and short of knocking the bird out, he wasn’t going to be in a position to see.

She nearly keeled over a couple of years ago, and surprised everyone by getting better and thoroughly enjoying life again. So Squawks is back at home with three different medications, one of which involves a 10-day course. If it is curtains, she’s had a great life, and she’s so determined that seeing if we can make it last a little longer seems worth a shot.