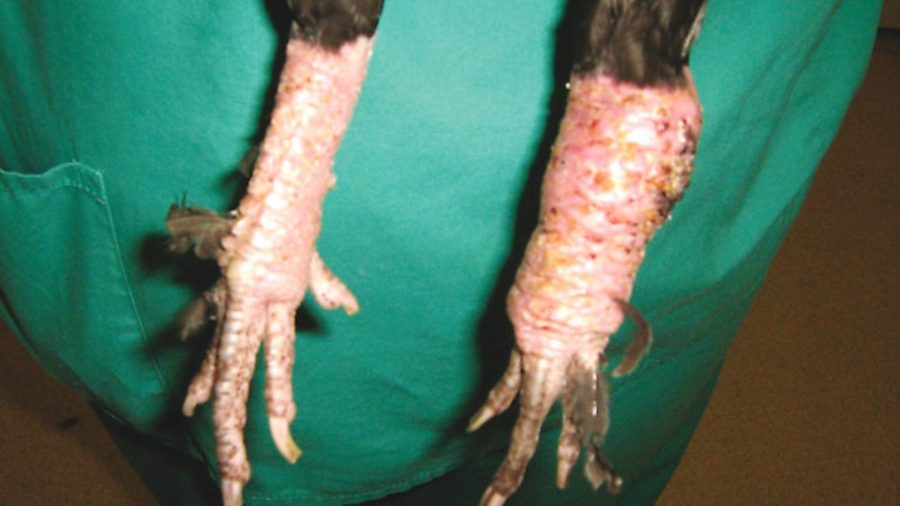 Lethargy and lack of appetite are among the symptoms of tumours 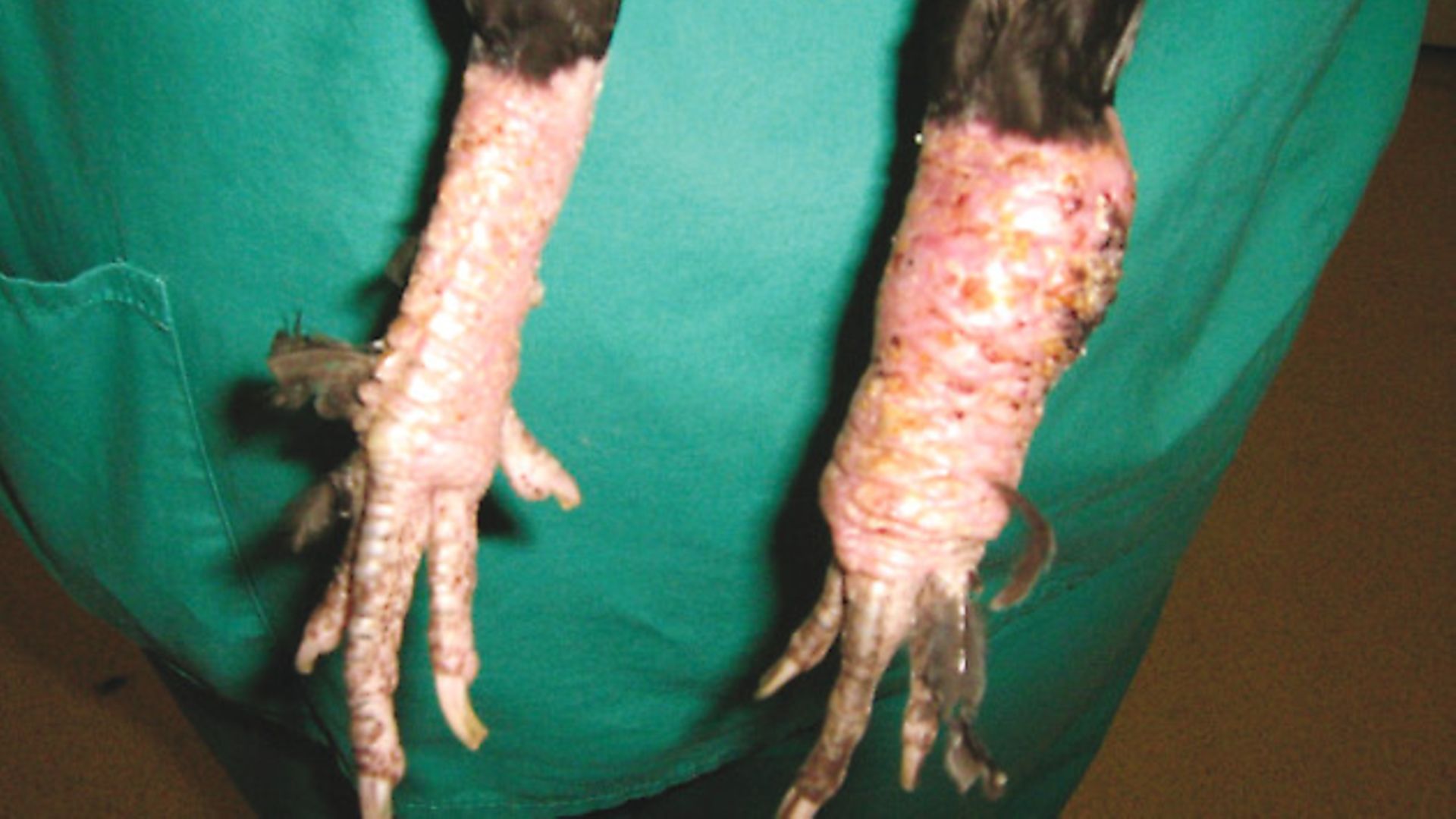 Chickens can get all sorts of tumours, some of which are caused by Marek’s disease (herpes virus) and others by mainly viral causes, particularly retroviruses. The chicken has the notoriety of being the first animal discovered with cancer caused by a retrovirus, this was in the 1930s. Tumours can be found almost anywhere in the chicken as lymphoid tissue is spread throughout the bird (unlike mammals which have lymph nodes). The main viruses, apart from Marek’s, are the avian leukosis/sarcoma viruses, plus squamous cell carcinoma (SCC).

Tumours caused by the Marek’s virus are the most common (the acute form is where birds may die suddenly with no symptoms and tumours may be found in the liver, gonads, spleen, kidneys, lungs, proventriculus, heart, muscle and skin). Retroviral tumours are less common (see below). Tumours in the skin (SCC) are occasionally seen. Retrovirus survival outside the body is only hours, so the disease is not very contagious to other members of a flock.

Due to the general spread of lymphoid tissue (where cancer cells grow the fastest) in a chicken, lethargy, lack of appetite and dullness are the most common symptoms with possibly diarrhoea, pale wattles and an enlarged liver. The lymphoid leukosis virus slowly transforms cells into neoplastic ones and the acutely transforming retroviruses do the damage faster, all of them using and damaging genes and causing tumours which can include fibrosarcoma, chondroma, endothelioma, haemangioma, nephroblastoma and hepatocarcinoma – affecting potentially almost all of the organs in the chicken’s body. The incubation period of lymphoid leukosis from infection to the developed disease and death is about four months. Losses occur from 5-9 months of age in egg-laying and breeding stock. Other leukosis viruses affect adults sporadically as the virus is ubiquitous in poultry worldwide and is passed down through the egg as well as transmitted by direct or indirect contact. Lymphoid leukosis (most common): enlarged liver, spleen, bursa, kidneys, ovary.

Osteopetrosis (rare): thickening of long bones in legs and wings.

SCC can occur anywhere on the skin but is most commonly seen around the face and eyes with the subsequent swelling often being be mistaken for respiratory infection or an abscess. Sometimes, feather follicles can be affected.

Unfortunately, no treatment or vaccines are available for leukosis. Chemotherapy tends to be too toxic to birds to be useful. Control is based on high standards of hygiene and selection for resistance to the viruses by culling affected birds. The diagnosis via your vet and laboratory is by virological testing, post mortem lesions and the presence of tumours. The Marek’s vaccine mostly controls the disease.

Some breeds are resistant to tumour development, such as the Fayoumi. Good husbandry with minimal stress is always useful to maintain healthy chickens. Removing their progeny from affected adults will help reduce the viral shedding as the virus is passed down through the egg.

None has been developed as these retroviruses are not sufficiently common to cause industrial poultry problems. However, we do as backyard poultry keepers benefit from many vaccines that the poultry industry has developed to ensure healthy food production for us. The Marek’s vaccine is fairly well known, used in the industry and by keepers of Silkies and Sebrights.