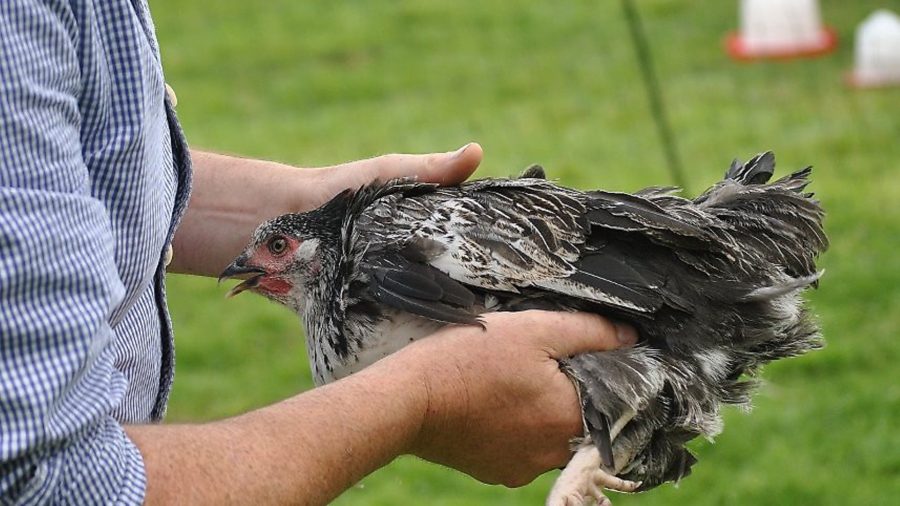 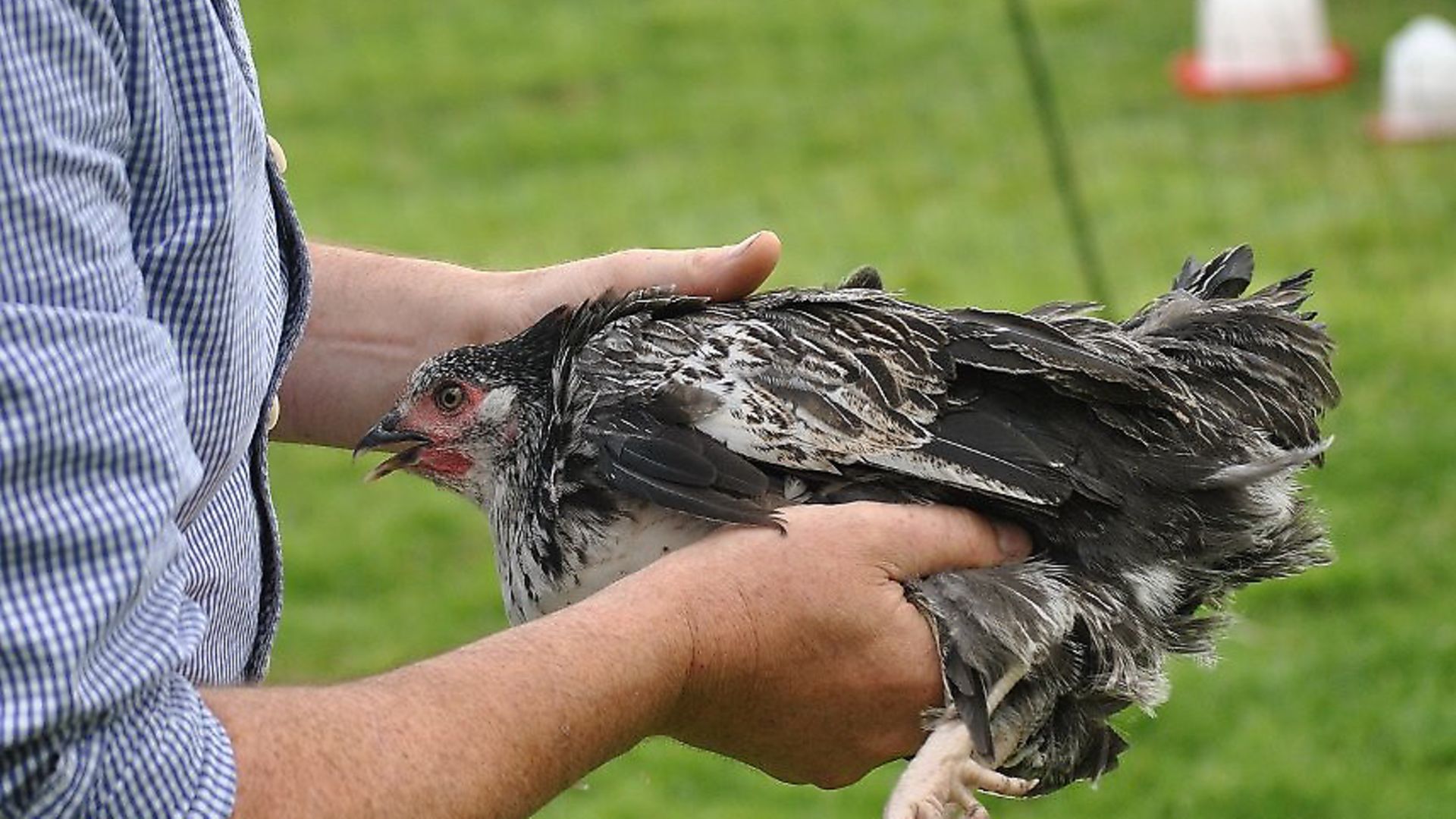 When I was about 10, I was lucky enough to be gifted my first ever trio of bantams – from which I bred and built up a quite respectable flock of birds. Occasionally it was necessary to bring in a new bloodline for the sake of preventing undesirable traits that might have arisen as a result of in-breeding but, when I did, I generally swapped a bantam of mine with another like-minded breeder. 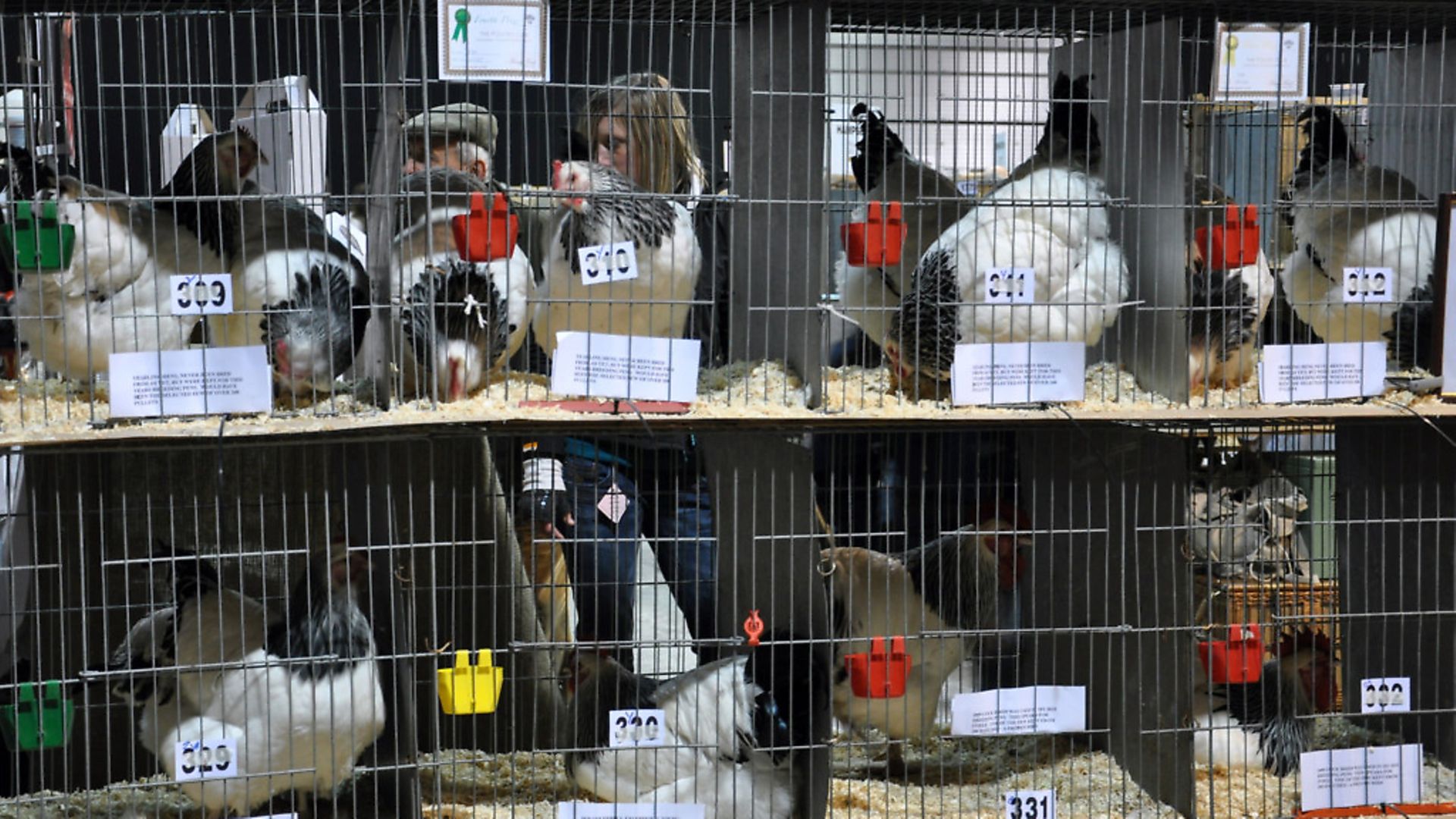 Of course, there was the odd occasion when I had to part with cash – a situation that doesn’t come easily to a dyed-in-the-wool Yorkshireman; but I doubt it ever amounted to much more than £1 for a good quality bird. I am, though, talking of a time almost four decades ago. Despite that fact, I’m still amazed when I see bantams in particular, and poultry in general, commanding the high prices they do nowadays. 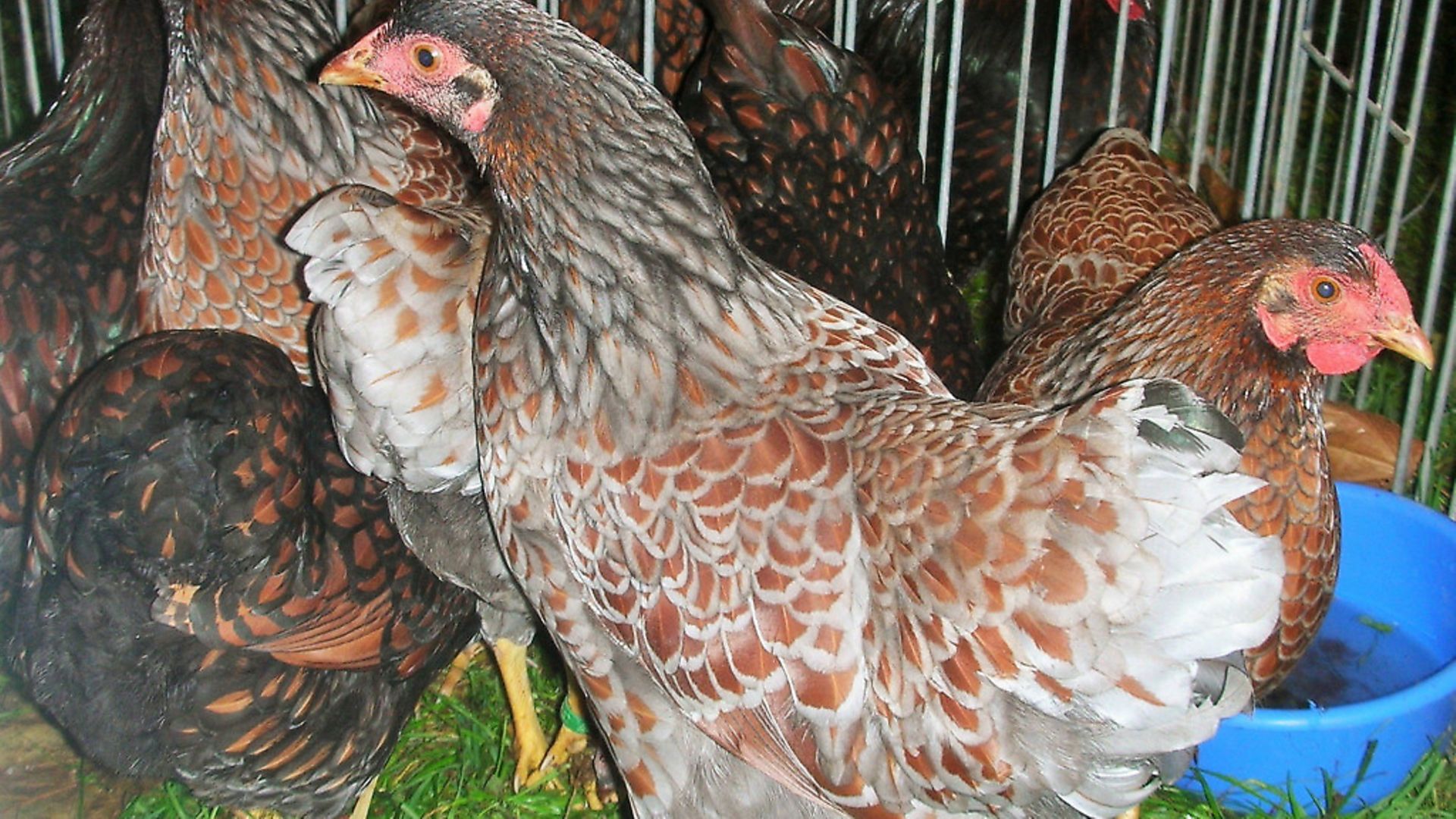 For many years, the interest in chicken keeping was limited to either those who wanted a few eggs and the occasional table bird, or enthusiasts such as myself whose interest was in showing. In doing so, we ensured that a particular breed was kept up to ‘standard’ (as set out by The Poultry Club of Great Britain). Even as recently as 20 years ago, there was limited interest in back-garden chicken-keeping. How times have changed since then! 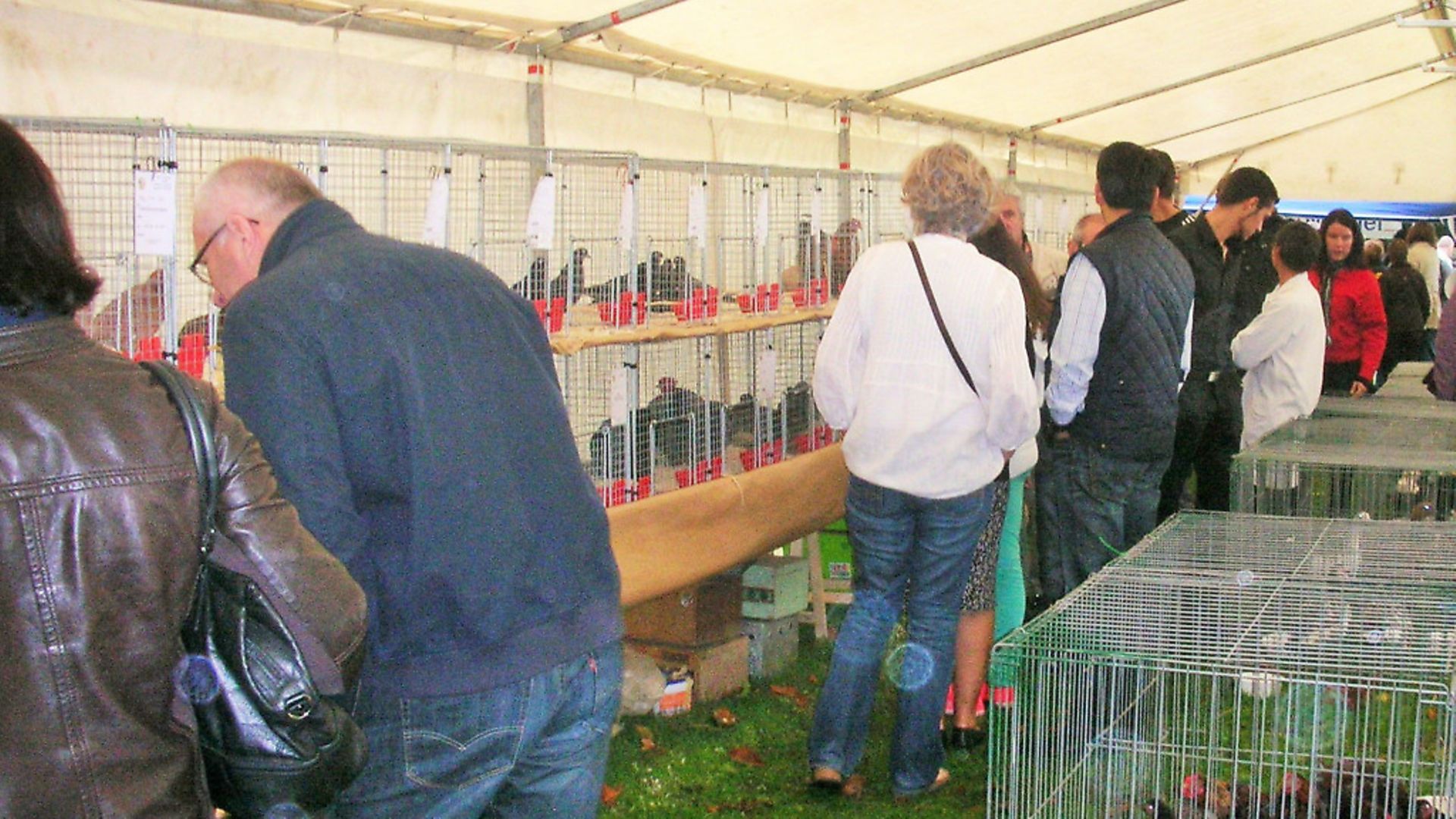 Making monetary comparisons is difficult when comparing different times: even so, I’m sure that the old boys with whom I used to compete on the show bench as a callow youth would never have been able to comprehend that, at the lower end of the scale, a good-quality, but not particularly exceptional single pure bred chicken might, in 2017, have cost its purchaser as much as £30. ‘How much?’ they would have exclaimed, before then going on to splutter incredulously that ‘when I started work £30 was almost a year’s wages’.

As I’m sure many readers do, I wander happily around the poultry tents of local agricultural shows during the summer, or stroll down the aisles at places such as the National or Federation Shows in late autumn, in order to see what’s available to buy in the selling classes or in the ‘for sale’ section. I look – and am often tempted towards a purchase – but then remind myself that I’ve no more room at home!

Such venues, plus reputable breeders as might be found in the ‘classified’ section of this magazine aside, one does, elsewhere, need to take care when it comes to spending your hard-earned cash. A little like ‘puppy farms’ (thankfully with less dire consequences), there are some who are happy to breed birds purporting to be pure and have jumped onto the bandwagon of profit.

Their chickens might well be pure, but in order to achieve a quick end result, have they interbred? Also, if you want to be sure of the best, you have to ask yourself whether or not what’s on offer is the prime example of a particular breed standard? Caveat emptor, or Buyer beware, as the saying goes.

The autumn and early winter show venues can produce some real bargains, relatively-speaking. At that time of year, well-known and hugely respected chicken-keepers might be thinking of moving some of their birds on in order to make room for this year’s youngsters, which they hope will prove either perfect breeders and/or show winners next year.

If you’re lucky enough, you might even be able to purchase mature prizewinning stock at a reasonable price. They might not lay as many eggs, nor live as long as birds bought as pullets would, but, in the intervening time, a trio of two hens and a cock bird could quite easily have provided you with the nucleus of a back-garden breeding dynasty – and a huge amount of pleasure at relatively little cost.

Comments from other leading poultrymen

“I often get asked what the average pure-bred bantam or large fowl goes for these days, and it’s not necessarily an easy answer. For example, the best breeder of Partridge Wyandotte bantams was only charging £15 per bird until recently, whereas others would charge triple that amount for inferior stock. So price doesn’t always reflect quality.

“I agree with Jeremy that profit comes first for many people, who often defend their sub-standard stock by highlighting the production decline in exhibition birds, but such a notion isn’t set in stone; there’s no reason why a fowl cannot look good and produce well at the same time. And just because a fowl isn’t up to standard in terms of looks and physical attributes, doesn’t mean it should immediately be regarded as ‘utility.’

“The winter classic shows will have a degree of quality exhibition stock available, and often because of the timing of the event fail to reach their prices. The Federation Show is on the last weekend before Christmas, for example, so sadly only the die-hard fanciers tend to go and are able to buy really good stock at reduced rates. The remainder of Joe Public is too busy thinking about the festive season. It’s quite ironic really, considering that inferior stock can sell for triple the prices at summer auctions, where warmer weather brings out the crowds.

“But not all sale sections are filled with quality. It’s about doing your research. And not all superstars produce superstars. In this ‘instant gratification’ age, the skill of poultry breeding is declining rapidly and I’ve experienced it personally. When you sell or give away ‘breeding birds’ that you know will do the buyer a lot of good, they look at you in disbelief and often aren’t prepared to do a couple of year’s worth of breeding to find out.

“So, to conclude, for the right stock with all those years of selection, expenses, heartache, graft and dedication, I’m not sure you can put a price on that. What price will you pay for buying the wrong birds?

“I’ve lost count of the number of times I have ‘got vocal’ about the prices of birds and those who leap on the bandwagon with the intent of making a quick profit. I’ve seen both ends of the spectrum, and all in between when it comes to poultry selling, from the perfectionists to the peddlers.

“I’ve had respectable breeders give me excellent quality birds for nothing, and I’ve had profiteers trying to get me to part with £100 for half a dozen eggs for some new fandangle* (*elaborate but useless ornament).

The bottom line, though, is market forces, supply and demand, trends, and the like. I kept and bred an excellent laying strain of Anconas for many years, yet I could barely give them away, never mind sell them. Yet when I had gold laced bantam Orpingtons, someone offered me £70 for two unsexed day-old chicks. Sales at shows are no different to poultry sales anywhere; they are subject to the same market forces and, amongst the sellers, there are the honest folks and the outright sharks.

That said, and putting aside market forces, one day I worked out the cost (excluding my effort) of hatching and rearing a pullet. Taking into account the energy costs, feeds and bedding costs, fertility rates and the fact the 50% of the hatchlings will be only become identifiable as male by week 7, I calculated that it costs me £7.52 to ‘produce’ a POL pullet. So selling the bird for £15 doesn’t seem unreasonable, and in many respects is under-priced. We must also be careful not to devalue the livestock to the point that a breeder cannot even recover the cost of production.