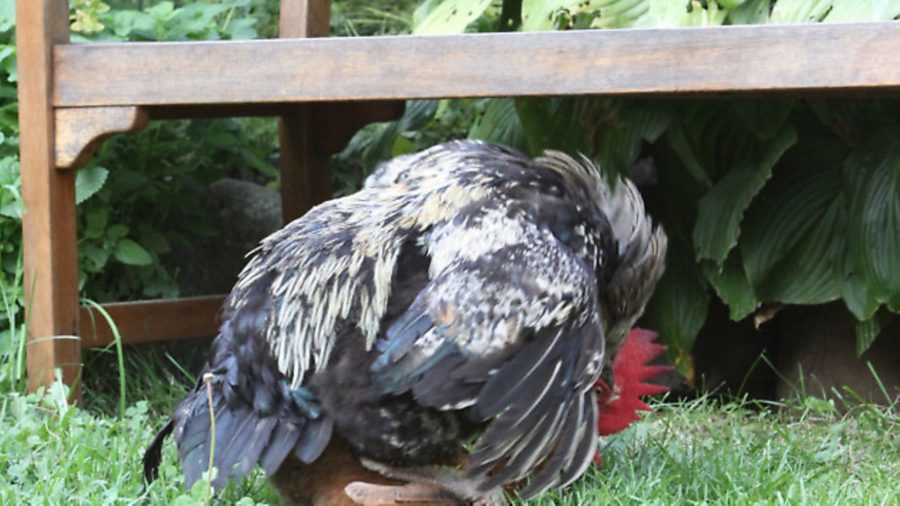 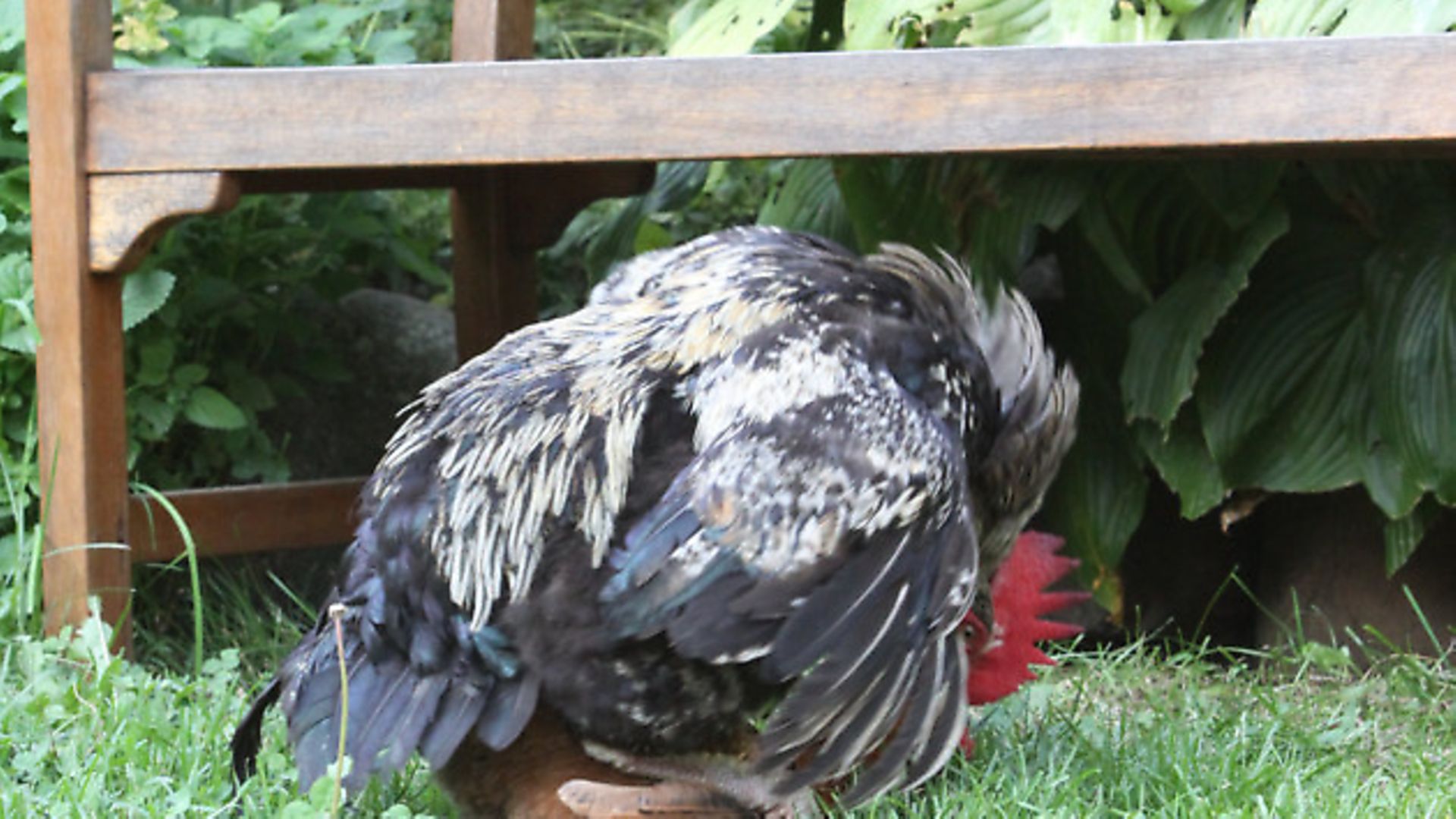 From a hen’s perspective, she doesn’t have much to look forward to in the romance department — there are no candlelit dinners, chocolates or flowers. For a rooster, mating represents a physical challenge since all of his reproductive organs are inside his body unlike his mammalian counterparts who have their reproductive systems outside of the body. So how do chickens mate?

When it comes to mating, roosters fall into one of two camps: the romantic camp or those that just ‘go straight in’ without any intention of impressing the girls. The romanticist’s have a repertoire of moves that simply can’t fail to make a hen go weak at the knees.

To get a hen’s attention, a rooster performs a little dance called ‘tidbitting’ — it’s one of the oldest moves in the book! The rooster makes an excited food call sound and moves his head up and down, picking up and dropping a piece of food, real or imaginary. When the hen comes over to investigate, that’s when he makes his move.

Scientists have found that hens prefer to mate with roosters that have larger, brighter combs who frequently perform tidbitting behaviour. This makes perfect sense since the characteristics of a comb have been shown to correlate with how healthy a male is whilst tidbitting behaviour provides the hen with nutritionally important food and shows the rooster’s status. 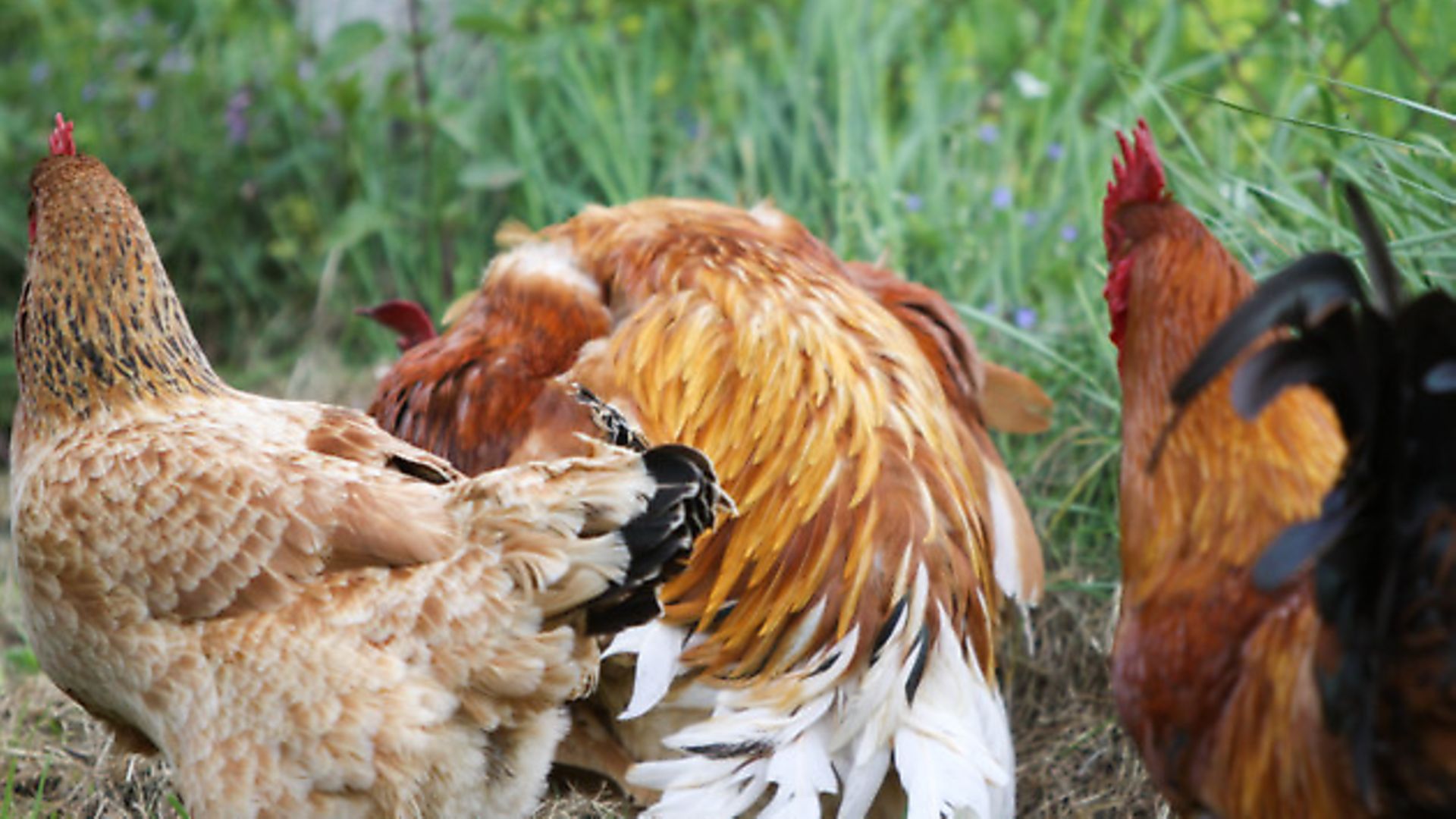 The courting ritual then begins with the flamboyant ‘rooster waltz.’ The rooster drops one wing and dances in a circle around the hen — the lowered wing will be on the outside of the circle dance. If the hen is receptive, she will crouch, dipping her head and body and spreading her wings to the side for balance. This is known as the submissive squat.

The rooster will then quickly mount the hen, grabbing her comb, neck feathers or the skin on the back of her head or neck with his beak and steadying himself with his feet. This behaviour is referred to as treading and can cause feather loss, bald spots and damage to a hen’s skin, making feather re-growth difficult. A mating saddle can be strapped to the back of the hen as protection from either too frequent or too aggressive treading.

Actual mating then occurs. The rooster will dip his tail to the side of the hen’s tail and spread his tail feathers so that their cloacae meet — the ‘cloacal kiss.’ Since the rooster’s mating organ is located inside him on the middle and front portion of his cloaca, his cloaca must touch the hen’s cloaca in order to transfer his sperm to her vagina. The rooster then hops off, the hen shakes out her feathers and they each go about their business as though nothing has happened!

A rooster usually ejaculates between 100 million and five billion sperm at a time with greater concentrations produced at the beginning of a day rather than at the end when depletion occurs after many matings. The number of sperm per ejaculation is seldom less than 100 million — this is the minimum required to maintain high fertility. A rooster can mate from 10 to 30 or more times a day depending on the availability of hens and competition from other roosters. Mating follows a diurnal pattern with mating frequency reaching peaks early and late in the day. 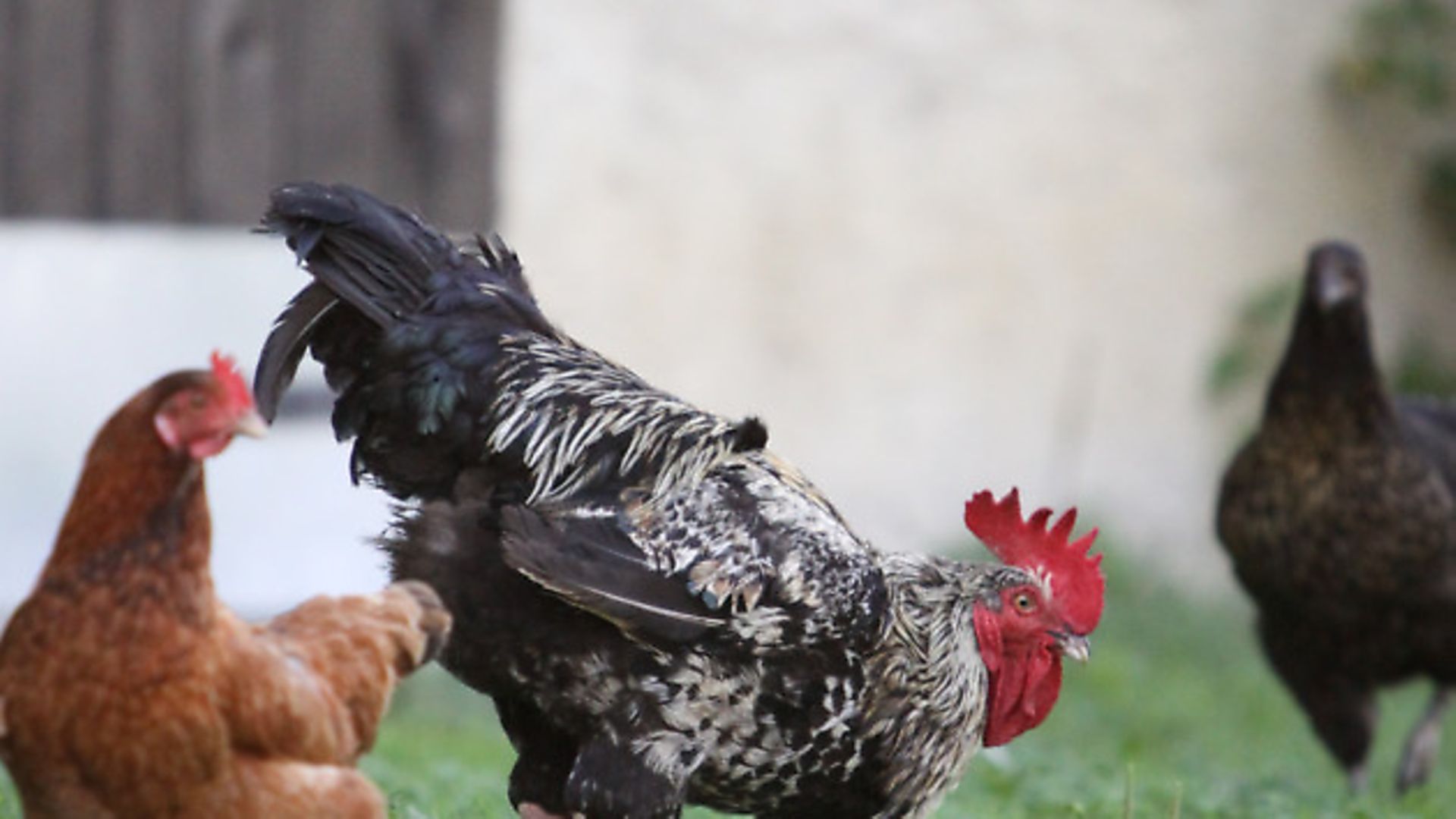 Whilst hens are hatched with the total number of ova they will ever have, roosters continue to produce sperm whilst sexually mature. Roosters can produce sperm for many years but the quality of sperm declines with age, reducing fertility.

Likewise, female fertility decreases with age. As she gets older, a hen is unable to store sperm for as long, so more frequent mating is required.

Flock fertility is dependent on the reproductive status of the birds’ i.e. the level of egg and semen production combined with the birds’ interest and capability of mating. By understanding the natural mating behaviour, you’ll be able to assess whether your flock fertility is good, average or poor.

Although it’s not always a pretty sight watching chickens mate, in truth it’s an amazing feat of Mother Nature that the whole reproduction process works at all and you’re able to hatch out chicks.