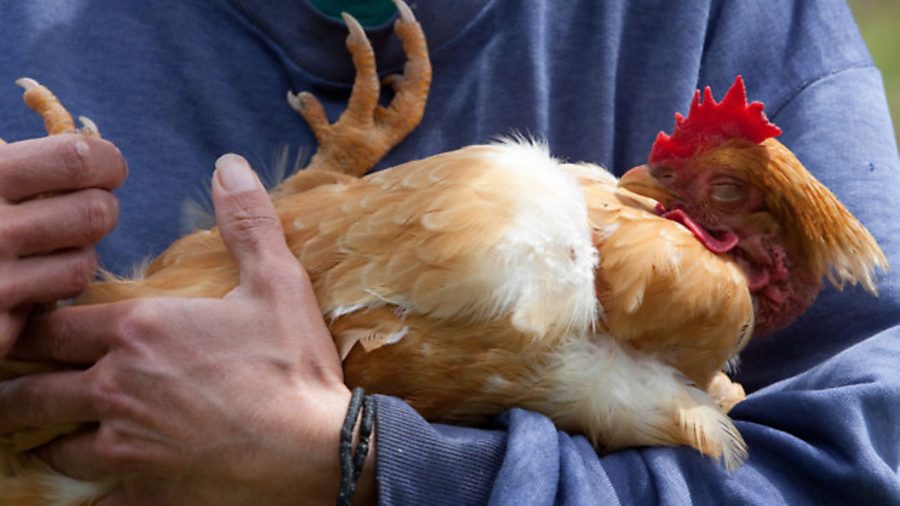 Did you know that chickens can be asleep and awake at the same time! 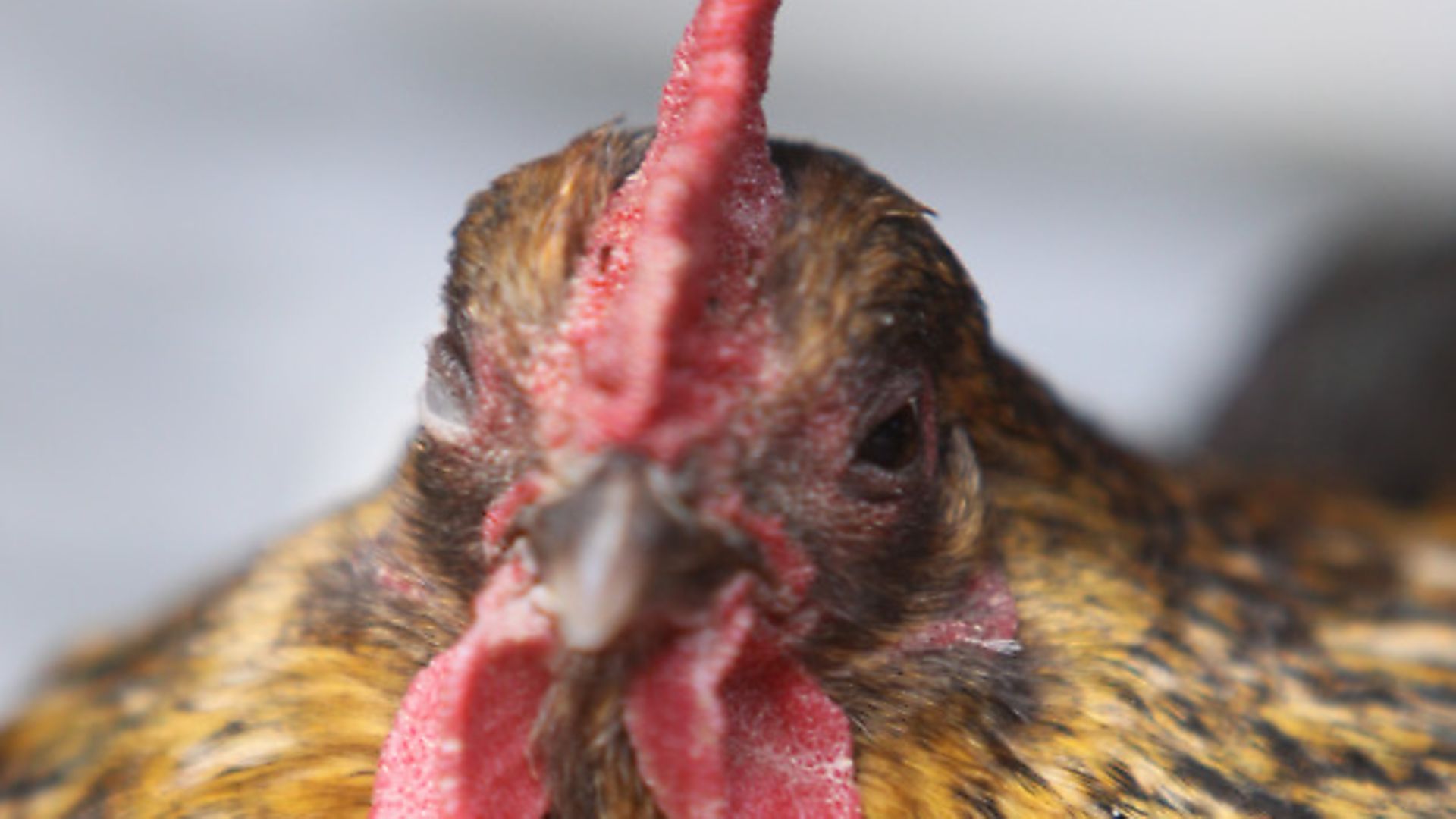 Perhaps you’ve noticed your flock seemingly taking an afternoon nap in the sunshine. On closer inspection, you find a beady eye staring at you, whilst the other eye furthest from you is closed and you wonder whether they are asleep or awake.

Sleep — you can’t help doing it, no matter how hard you try. Every living animal sleeps and that includes your chickens. But sleeping equals danger for all animals, including you and your flock — your hens could be eaten by foxes if they drift off into a deep slumber.

Why is it that the majority of animals, us humans included, spend time sleeping? It’s a question that still baffles scientists. “Birds are an excellent study subject because they have evolved sleep patterns that are very similar to mammals. And they have quite clearly acquired them independently, since reptiles and amphibians, their closest relatives, do not exhibit the same sleep stages,” explains Niels Rattenborg, Head of the research group on Sleep and Flight in Birds at the Max Planck Institute for Ornithology in Germany.

For example, there’s REM (rapid eye movement) sleep which only happens in birds, humans and other mammals. In birds, REM occurs for just a few seconds at a time whilst in humans, it can last from several minutes to an hour. REM sleep is dream time — yes, your hens have dreams too. The brain is just as active when dreaming as it is when we are awake.

During deep sleep, or slow-wave sleep (‘SW sleep’), memories formed the previous day are consolidated and the brain is restored so it can take in more information the next day — this is crucial to humans. SW sleep is dream-free and is so deep, it’s hard to rouse people from it. If we’re deprived of sleep, the intensity of sleep during the next time we sleep increases as we recover and ‘catch up.’ The brain regions most active during wakefulness have the greatest need for sleep.

Scientists have found that it is no different for birds. Chickens have the capacity to recover lost sleep without having to spend more time sleeping. If chickens lose sleep when a predator is around, they can recover this ‘lost’ sleep at a later time by sleeping more deeply.

Why do birds and mammals show such similar kinds of sleep despite being only distantly related? Scientists believe that it is because birds and mammals have much larger and more complex brains for their size which can fulfil demanding cognitive tasks than other vertebrates.

Birds can carry out impressive mental tasks: learning bird song, remembering where they’ve hidden food or made a safe nest etc. Big, powerful brains need the same kind of SW sleep to work properly, regardless of whether the brains are in mammals or birds.

The similarities in SW sleep end there. A bout of SW sleep can last for hours in humans whilst in birds it can last just a few minutes, even seconds. Perhaps you’ve noticed your chickens taking their afternoon naps in very short stints — we can’t sleep in 15 second intervals as they can!

Another enviable sleep capability that your chickens have is that they show no adverse effects to sleep deprivation. In humans, a lack of sleep can lead to serious illness.

Chickens also have the ability to sleep with one eye open and the other closed. During this form of sleep, unihemispheric slow-wave sleep (‘USWS’), half of the brain gets a rest whilst the other remains awake and alert for predators.

Studies of the USWS sleep patterns of mallard ducks have been carried out. Mallards tend to sleep in rows, just as your chickens roost in rows. The studies found that when four mallards slept in a row on a log, the middle two ducks slept with both eyes closed whilst the outer birds were more wary and slept with one eye open and one eye closed — the outer eye stayed open, looking for potential predators. The outer birds, being more at risk than the birds in the centre, had a duty to be on the lookout for not only their own safety, but the safety of the flock as a whole. After a few hours, the outer ducks turned around 180 degrees so that the other eye and brain hemisphere could get some sleep and the new ‘outer’ eye went on guard.

Just like the ducks, your chickens who take up position at the ends of the perches will sleep with their outer eye open and will turn 180 degrees to allow the other side of their brain to sleep. The chickens in the middle will sleep with both eyes closed. From my experience, it always seems to be the same hens that are lower in the pecking order who take up the outer guard position each night whilst the rooster sleeps in the centre, flanked by his ‘favourites’.

USWS enables chickens to sleep and be alert for predators at the same time. Humans have lost the ability to sleep in this way, although there are anecdotal accounts of war veterans who claim that under extreme stress, they were able to sleep with one eye open, on the lookout for Jerry.

Chickens are able to make behavioural decisions as to whether they keep one half of their brain awake or allow both halves to sleep. Chickens seem to be able to use USWS at will. When they are sleeping in a more risky situation, they will increase the proportion of their sleep with one eye open and half their brain awake.

Some of my hens like to snuggle down in my lap for forty winks. I’ve noticed that as time has gone by, they will now happily close both eyes rather than keep their outer eye open which is a testimony to their trust in me, knowing that no harm will come to them whilst they sleep.

Now who said chickens were stupid? There’s no doubt that they are smart and have some enviable sleeping behaviours. So now when you see your hens take their afternoon nap, you’ll know that they are both asleep and awake at the same time!