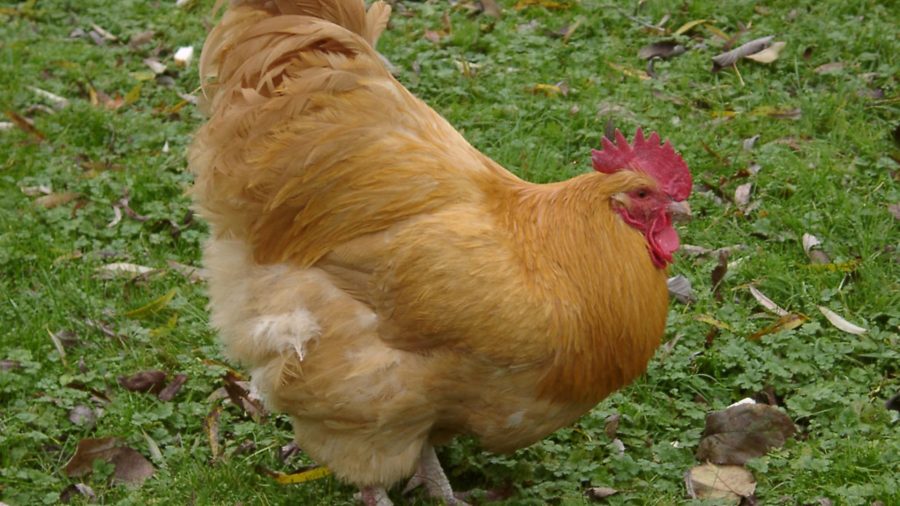 Your Chickens expert Anne Perdeaux was a guest on The Jeremy Vine Show on Radio 2 to talk about cockerels. Here Anne considers the issues that were raised 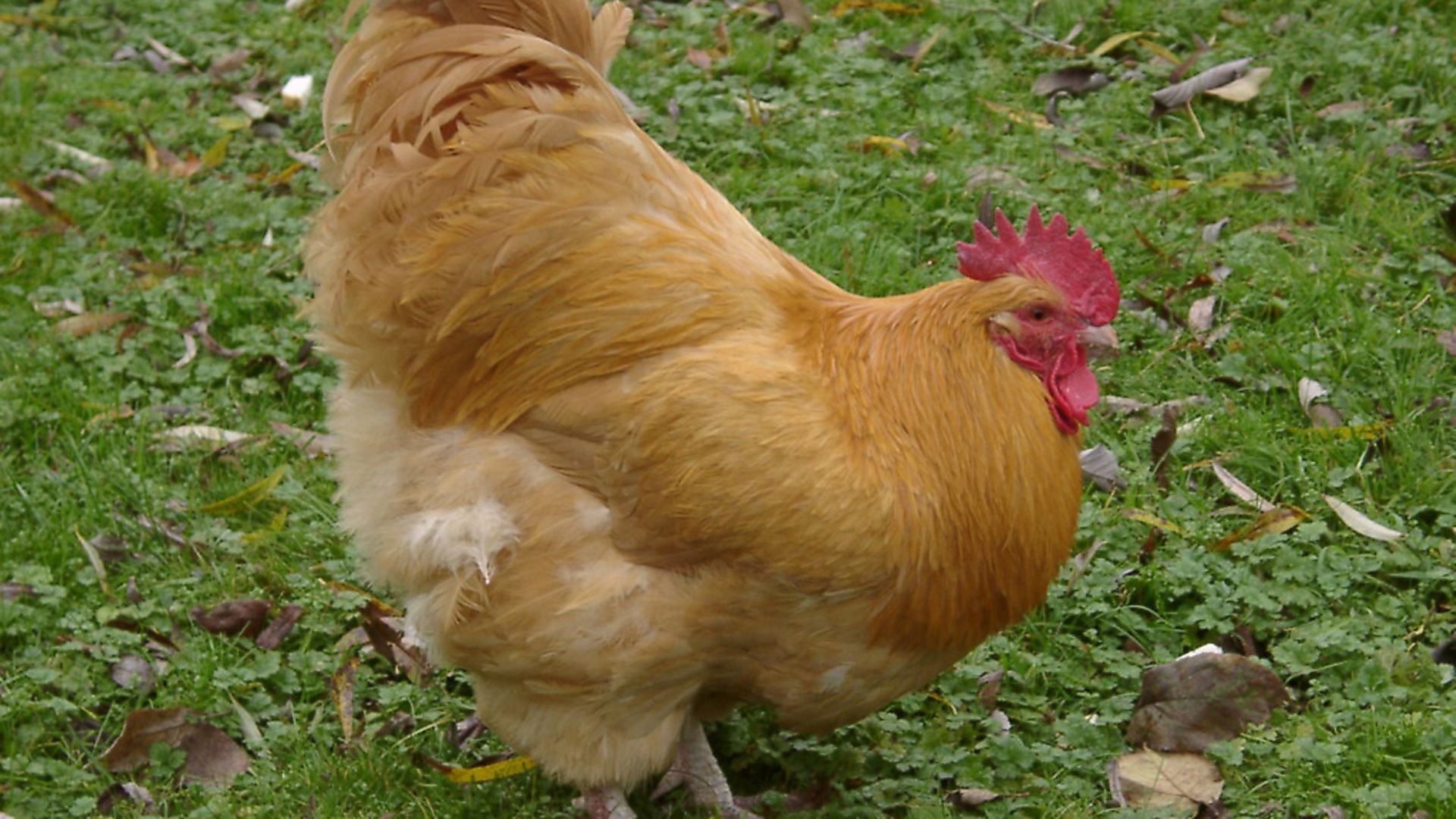 It was eggs-citing to represent Your Chickens on national radio! I was asked to talk about cockerels after an aggrieved neighbour took revenge on the owners of a noisy cockerel by playing Radio 2 at full volume! The dispute had escalated and ended up in court, with the owners of the cockerel complaining of harassment. Interestingly, the angry neighbour claimed it wouldn’t have happened had the bird been a British cockerel. He’d been told our native breeds only crow in mornings and evenings, unlike their rowdy foreign counterparts! 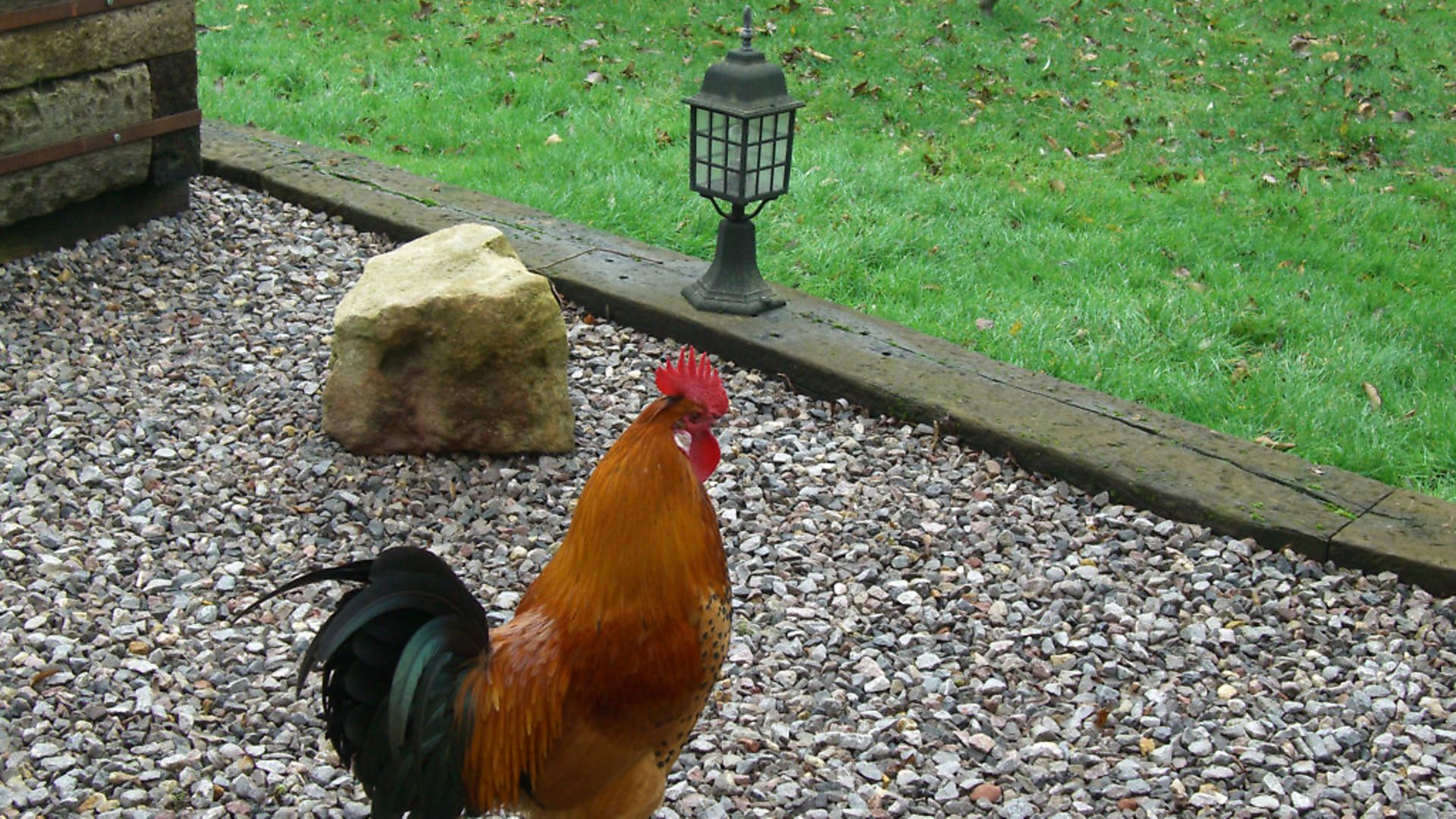 Someone had obviously been pulling his leg, but I loved the image of Mr Refined British Cockerel who wakes at a sensible hour and rouses everyone with a restrained crow. He then goes sedately about his business until it’s time to announce bedtime, after which he presumably settles down in his coop with a cup of cocoa and a copy of Your Chickens. 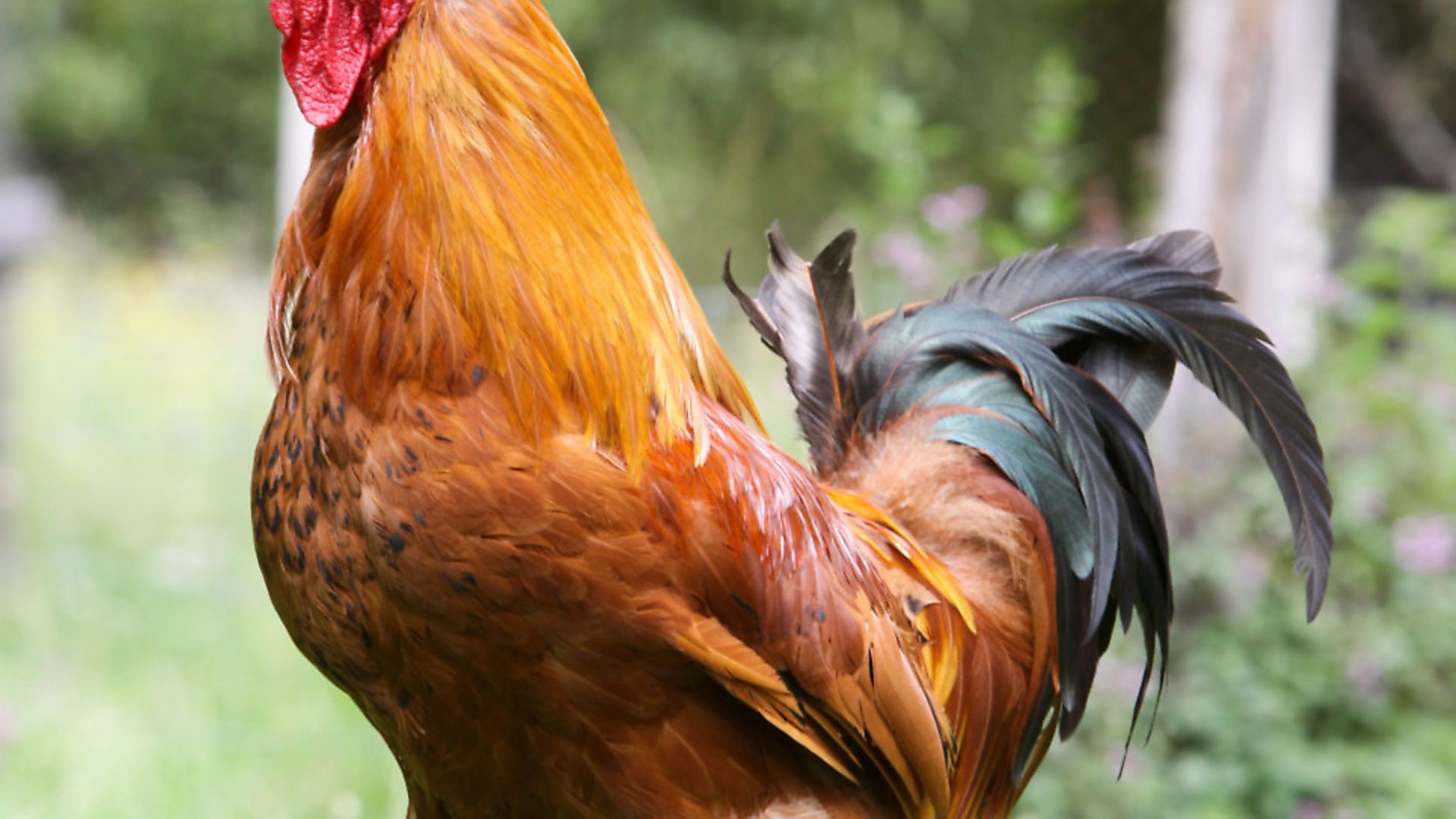 If only! As I explained to Jeremy Vine, all cockerels crow, and do so throughout the day. Sometimes they crow at night too. Nationality, size and breed makes no difference, except that some long-crowing breeds can sustain their vocal gymnastics for up to a minute. To prove the point, I persuaded my cockerel, Tweetie Pie, to come out from under the trees. He put in a perfect performance. Having appeared in Your Chickens a few times, he’s already a diva. Now he’ll be impossible.

The issue of crowing cockerels clearly arouses strong feelings. Listeners had mixed views: some loved the sound… and some didn’t. One caller declared that ‘cockerels ruin lives’, which is maybe a little dramatic.

So, why do cockerels crow? Is there anything that can be done to keep them quiet, and, come to that, why do people keep cockerels anyway? Let’s start with the last one first:

Why do people keep cockerels?

– For breeding. As we all know, a cockerel isn’t necessary for hens to lay eggs, but he will be required if the eggs are to hatch into chicks.

– Beauty and character. It’s not only hens who are attracted by the cockerel’s glorious plumage and charismatic personality.

– To look after the hens. An attentive cockerel is like an old-fashioned gentleman, charming the hens with tasty titbits and standing back while they tuck in. He’ll also watch over them, sound the alarm if danger threatens and keep the flock in order. Free-range hens may be more relaxed with a cockerel on look-out duty.

– As a result of hatching eggs. As there are usually a high proportion of males in a hatch, it’s best to decide what will happen to them before incubating eggs.

– An accidental purchase. Sometimes it’s hard to identify males until they start crowing. A responsible breeder will exchange a wrongly sexed bird – which is a good reason to be careful who you buy from.

Apart from crowing, are there any other reasons not to keep a cockerel?

– They can be aggressive. This shouldn’t be underestimated, and a hostile cockerel can be very nasty indeed. Sometimes a friendly young bird turns against humans when he matures, becoming especially dangerous if he’s free-ranging in the garden or there are children around.

– Hens don’t always benefit. If the flock is too small to keep him busy, or he singles out one hen as his favourite, the cockerel’s attentions can cause distress and injury. Not all cockerels are courteous with their hens either.

– Cockerels eat more – loutish types will push the hens out of the way to get at the food.

– Cockerels fight. Some will battle to the death. Unless there is plenty of space and enough hens to go round, keeping more than one cockerel is unlikely to work well.

– Fertile eggs. Although fertile eggs are fine to eat (providing they’re correctly stored and incubation hasn’t started) some people are averse to the idea. If eggs are offered for sale, customers should always be told if a cockerel is kept with the hens.

Why do cockerels crow?

– To challenge other males. A cockerel will crow more frequently if he can hear a rival. ‘I’m-better-than-you-a-do-a-do.’ They can keep up this conversation for some time.

– To tell everyone how clever they are. When a cockerel has done his duty with a hen, he likes to announce it.

– When danger has passed. The cockerel’s warning noises are quite different from crowing. Once the problem has gone, he’ll sound the ‘all clear’.

– To announce daybreak. The cockerel’s traditional role – but dawn comes early in summer, and bedroom windows are likely to be open too.

– Disturbance. A light or noise can set a cockerel off at night.

– Just because they enjoy it!

Can you stop them crowing?

– It may be possible to delay the wake-up call by keeping the flock shut in a dark, quiet coop until a reasonable hour.

– The cockerel could be housed separately from the flock at night, and kept somewhere he can’t be heard.