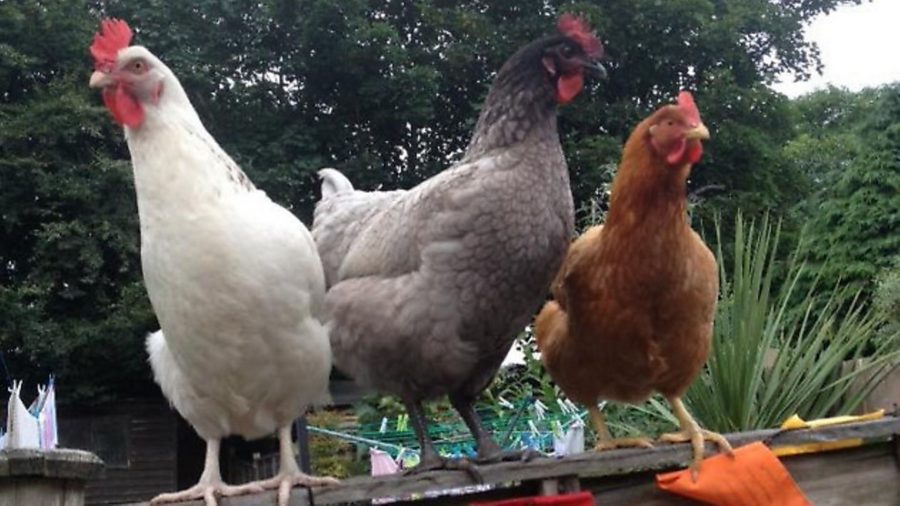 Henkeeper Sarah Campbell offers some ideas on naming your birds

Chickens have been winging their way out of battery farms and settling comfortably into our gardens and hearts. The first-time chicken owner will soon discover how delightfully individual these birds can be, and the types of different personalities that can blossom in even the smallest of flocks.

So, alongside stocking up on layer pellets and making sure your coop is cosy and secure, the new chicken keeper will have a very important decision to make – what to name their new hens.

The Bard famously said “a rose by any other name would smell as sweet”, but I beg to differ. I think a name makes a huge difference to how we perceive people, and pets, including chickens, are no exception.

In true Disney style, I’m a little guilty of anthropomorphising my chickens. Take my hybrid, Marjory, for example. Although she is the smallest of my birds, there is no doubt that she is number one in the pecking order. To me, a Marjory is a stout, no nonsense matron, bustling her way through life, putting everyone else firmly in their place. As Marjory barges her way to the front at treat time, I just can’t see her as a Daisy, or a Rose. I gave softer, feminine names to my other two. Flora, my Light Sussex, is sweet and gentle, and Violet, my Bluebell, loves perching on the garden fence in the sun, keeping an eye on the neighbours, reminiscent of a little old lady sitting on a bench in a park.

I’m a sucker for the traditional when it comes to naming my chickens. In the past I’ve had Florence, Felicity, Elizabeth and Isabella, beautiful monikers for beautiful creatures. When my daughters were younger we had two ex-bats who they named Squawky and Scrawny, but we’ll gloss over that.

Chicken naming can also bring out the big puns. I’ve heard of an Eglantine, a Yoko Ono and a Shelly. As a vegetarian, I don’t like going down the Nugget, Korma or Balti route – my chickens live out their days in comfort; I’d hate to think of them in the oven or a curry!

You could also turn to the silver screen for chicken name inspiration. The 2000 Ardman movie Chicken Run had a ‘plucky’ protagonist called Ginger, but my favourite characters were the fussy clucky hens called Babs and Bunty. Or if you’ve been bitten by the Star Wars bug with the release of The Force Awakens why not add a Chew-pecka to your family, or a Hen Solo. You might as well get a Princess Layer to join them! If you prefer music, what about Little Chix, or Chixie Lott?

So go on, let your imagination run wild! Why not make the naming of your chickens a new family competition? It’s a great way to get everyone involved with these fascinating creatures. The name game is on!