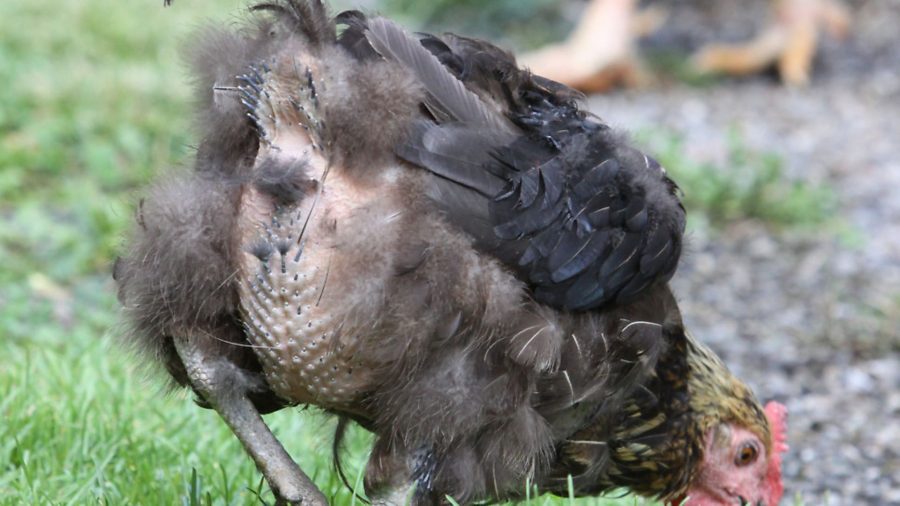 Coops across the land are set to become littered with feathers as chickens shed their overcoats. Julie Moore reveals how you can help your flock during this stressful period 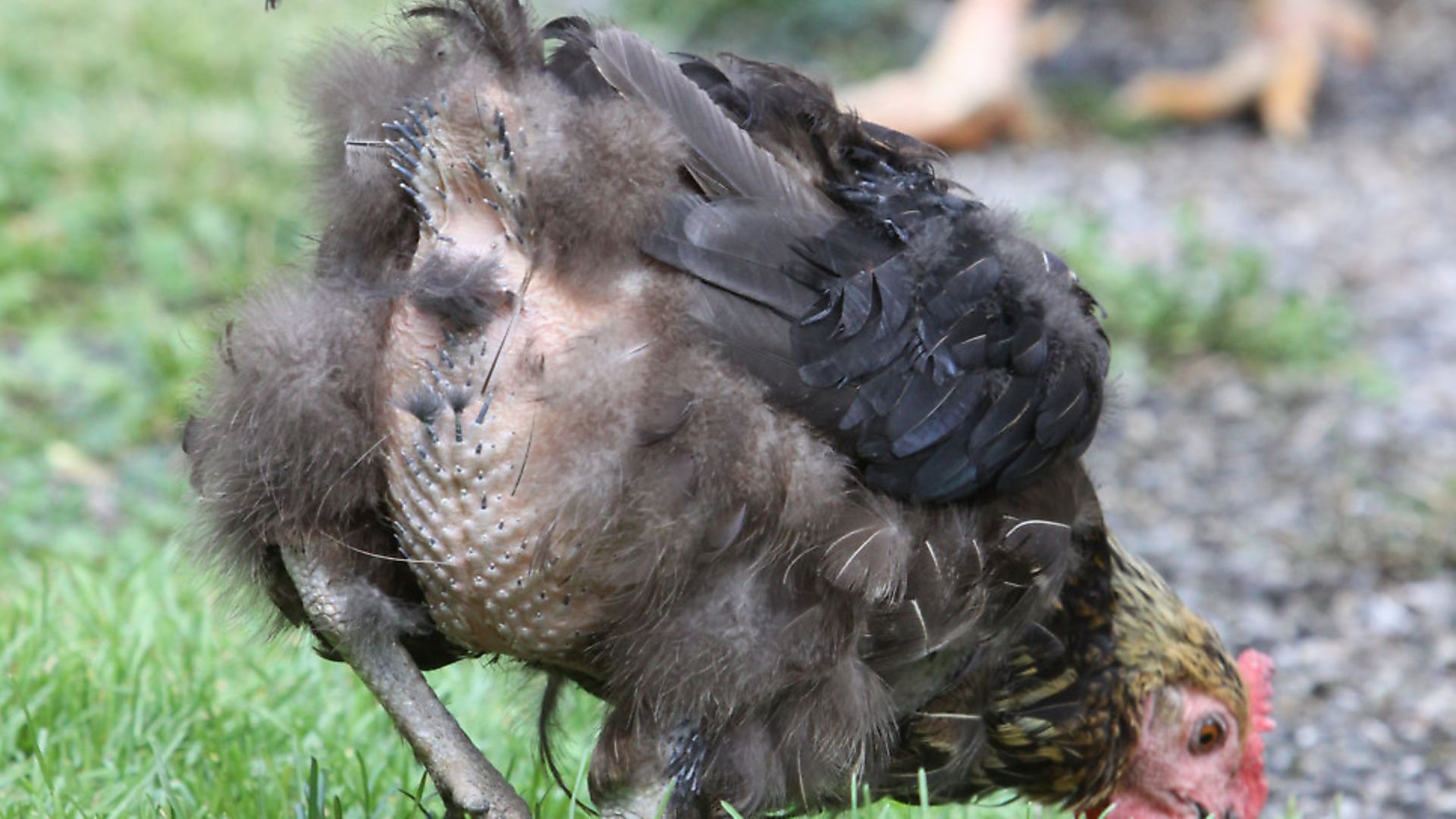 A flurry of feathers swirling around me and gently drifting to the floor greeted me when I opened the coop door this morning. As Bella emerged, keeping as low to the ground as possible, almost gliding across the grass and looking extremely embarrassed about her new found nudity, my suspicions were confirmed — the autumn moult had started.

While Bella may be the first in my flock to start losing feathers, she won’t be the last. Over the next month or so, the coop and garden will be littered with cast-off feathers as the rest of the flock discard their old ones and grow new before the onset of winter. 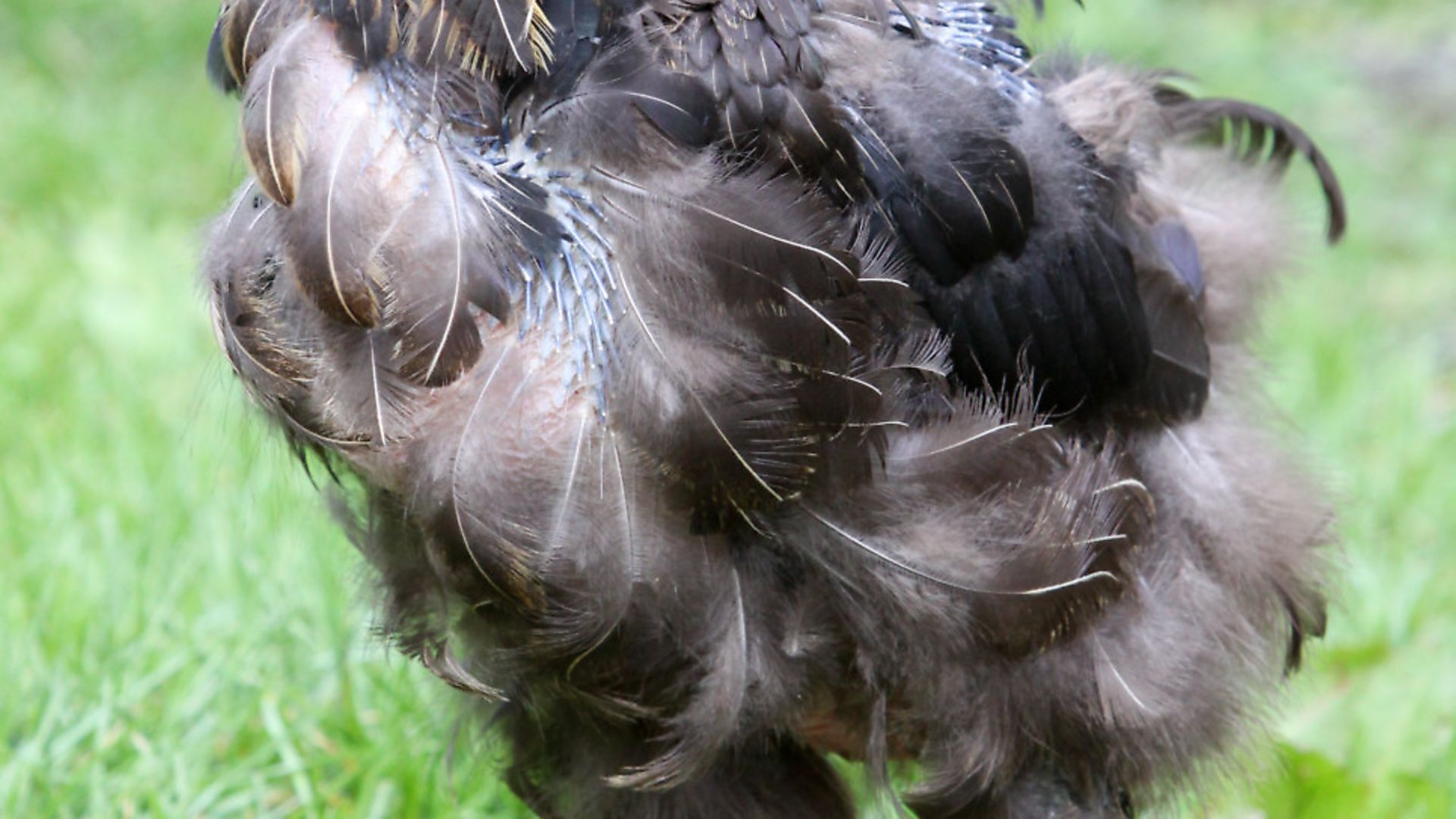 Chickens fluff their feathers when they get cold, trapping a layer of air warmed by their bodies between the skin and feathers thus creating a buffer against the cold. If the feathers are old, dirty or broken they won’t insulate the bird so well. Growing new feathers before winter ensures that your hens will be able to keep themselves warm when the colder weather arrives.

A moulting flock can be a disturbing sight, especially to first-time chicken keepers, with some looking as though they are ‘oven ready’, while those further into their moult resemble hedgehogs as new plumage emerges. 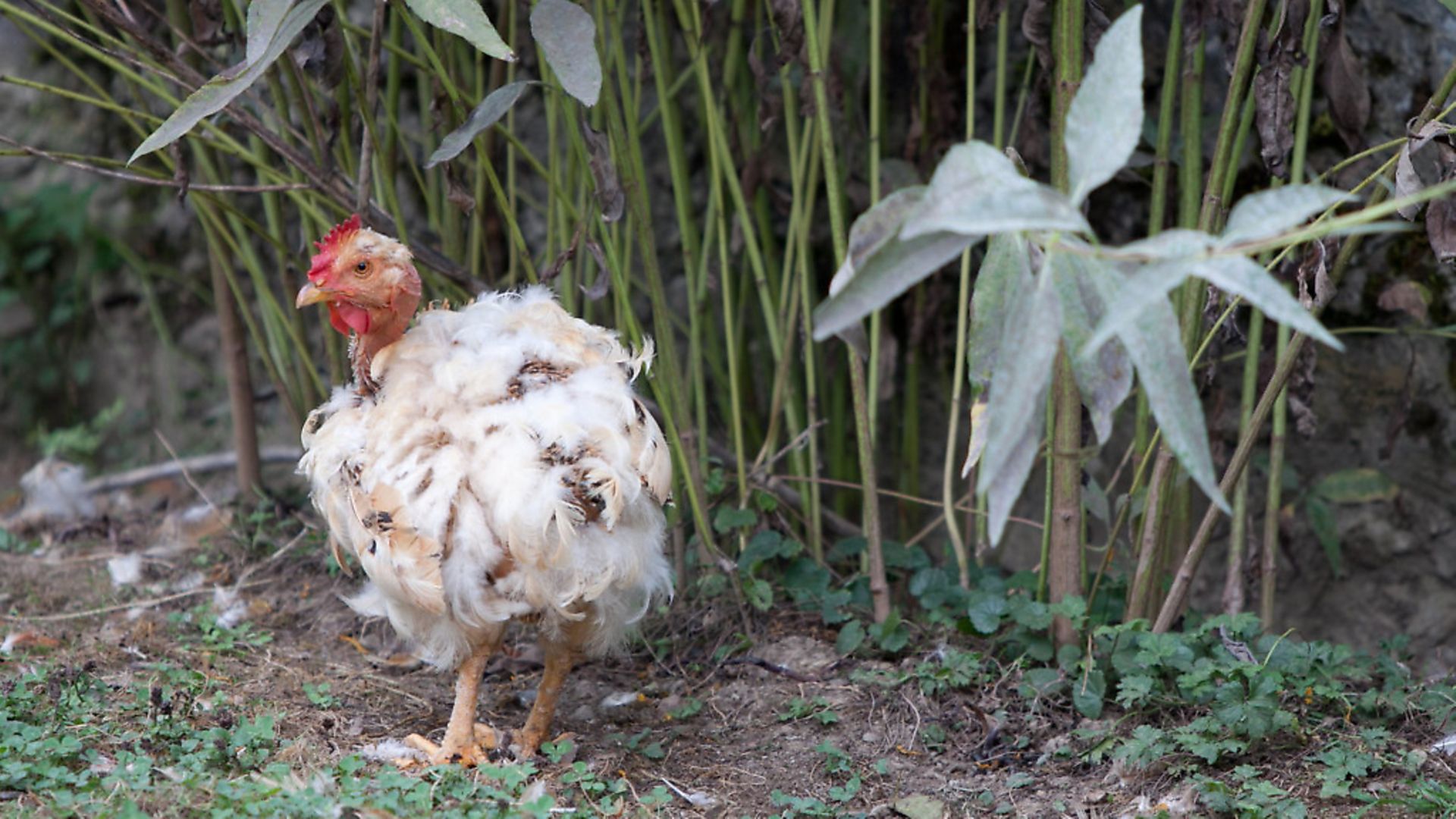 Moulting is perfectly natural and a normal part of a bird’s lifecycle. The decreasing daylight hours in late summer and early autumn, together with the end of the egg-laying cycle, normally triggers the moulting process. However, a partial moult can occur at any time and is brought on by stress, such as a change of diet, a lack of water, or a fox or bird of prey visiting the garden. 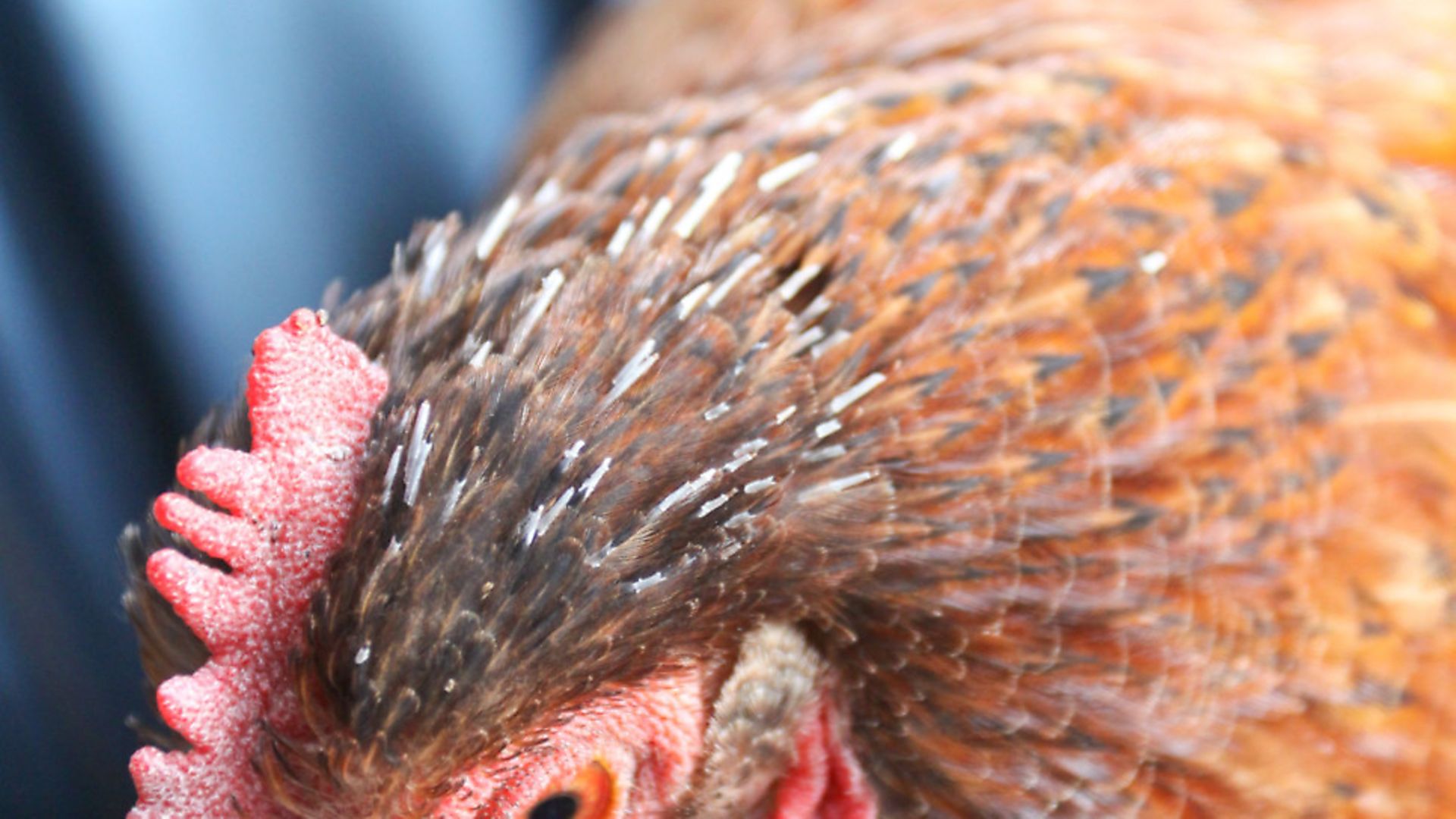 The order of things

Chickens moult in a certain order: starting at the head, then moving down the body from the neck, then the chest, back, wings, backsides and tail. 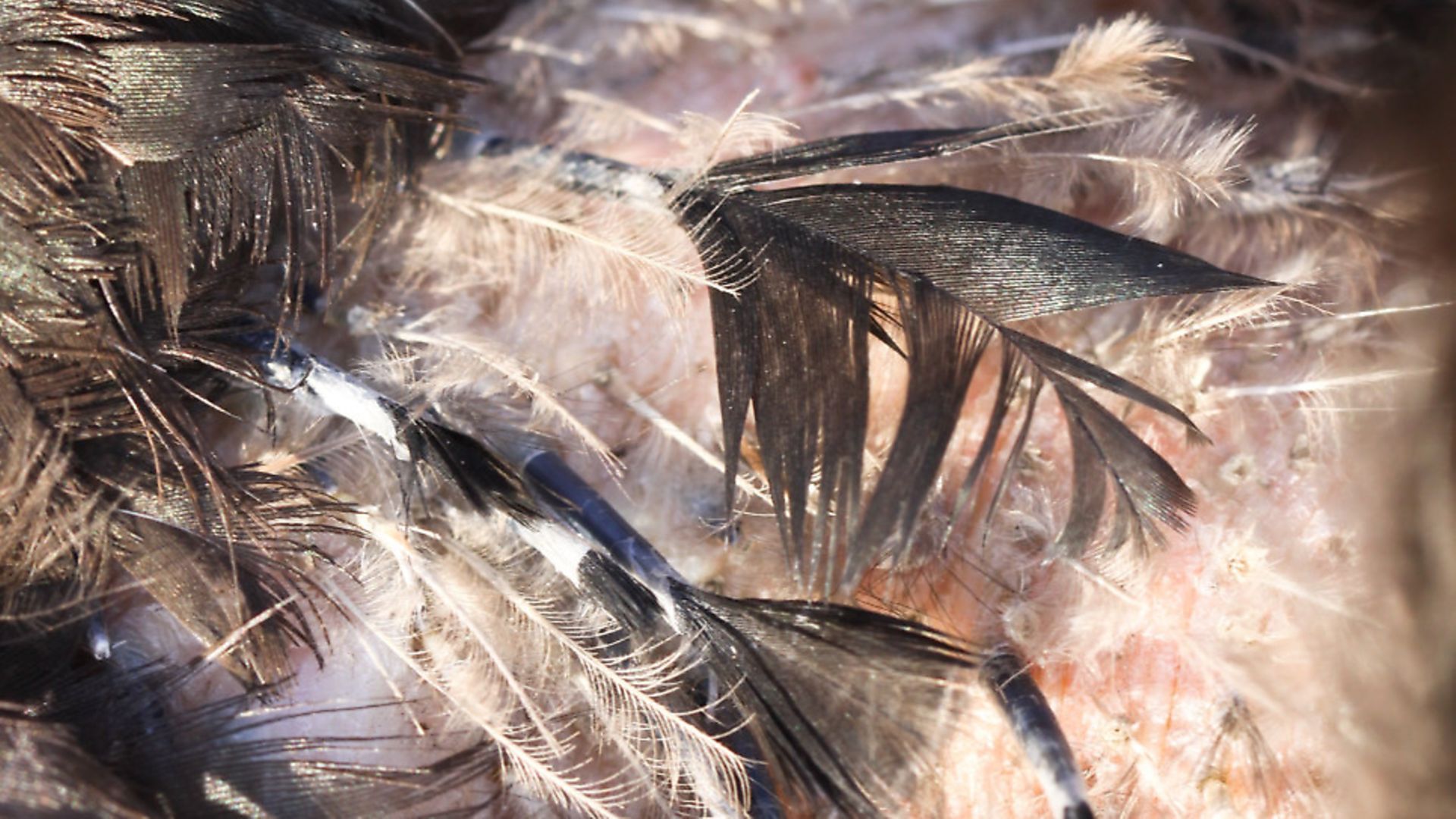 Like hair and fingernails, feathers are principally made up of a strong protein fibre called keratin. As eggs are made up mainly of protein as well, it is too much of a drain on resources for a hen to produce new feathers and continue to lay eggs simultaneously. Think of it as Mother Nature’s way of providing layers with a rest period. I certainly don’t begrudge my girls their well-earned rest.

I have found that my poor layers and older hens typically moult early, shedding their feathers slowly and replacing them slowly — the process taking up to seven months. 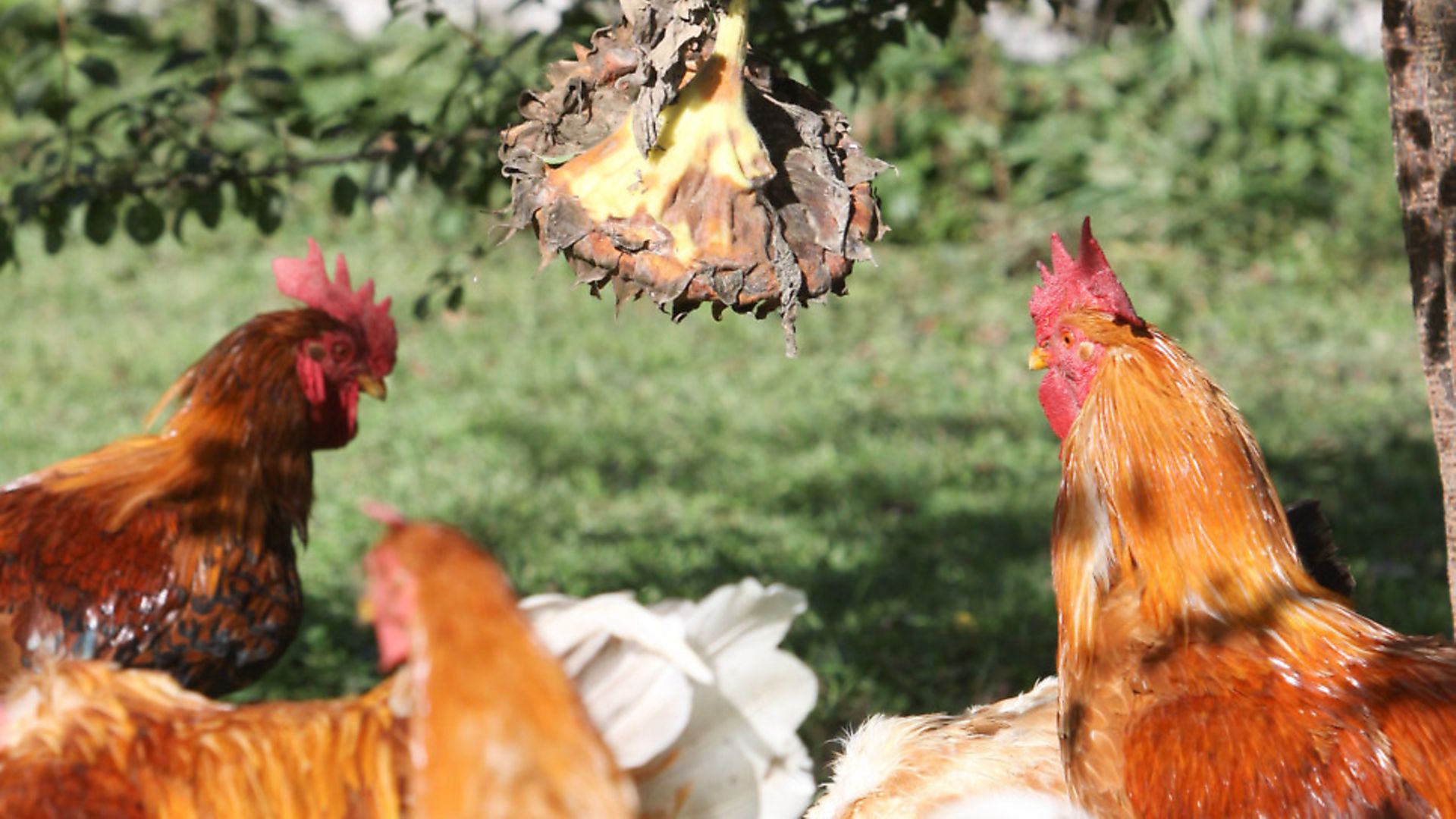 My good layers tend to moult late in the year, often shedding all their feathers at once. This, though, is a quick process as the feathers are shed and re-grow all at once, taking approximately two to three months to complete, thus allowing them to return to full production sooner, unless, of course, the daylight hours are too short.

If you have clipped a wing to stop your chickens from flying, you will need to clip the wing again after the new feathers have fully re-grown. It is extremely important not to cut the feathers too early when the shafts are dark. This is because there is a blood-filled vein inside the shaft while the feather is growing and, if cut, 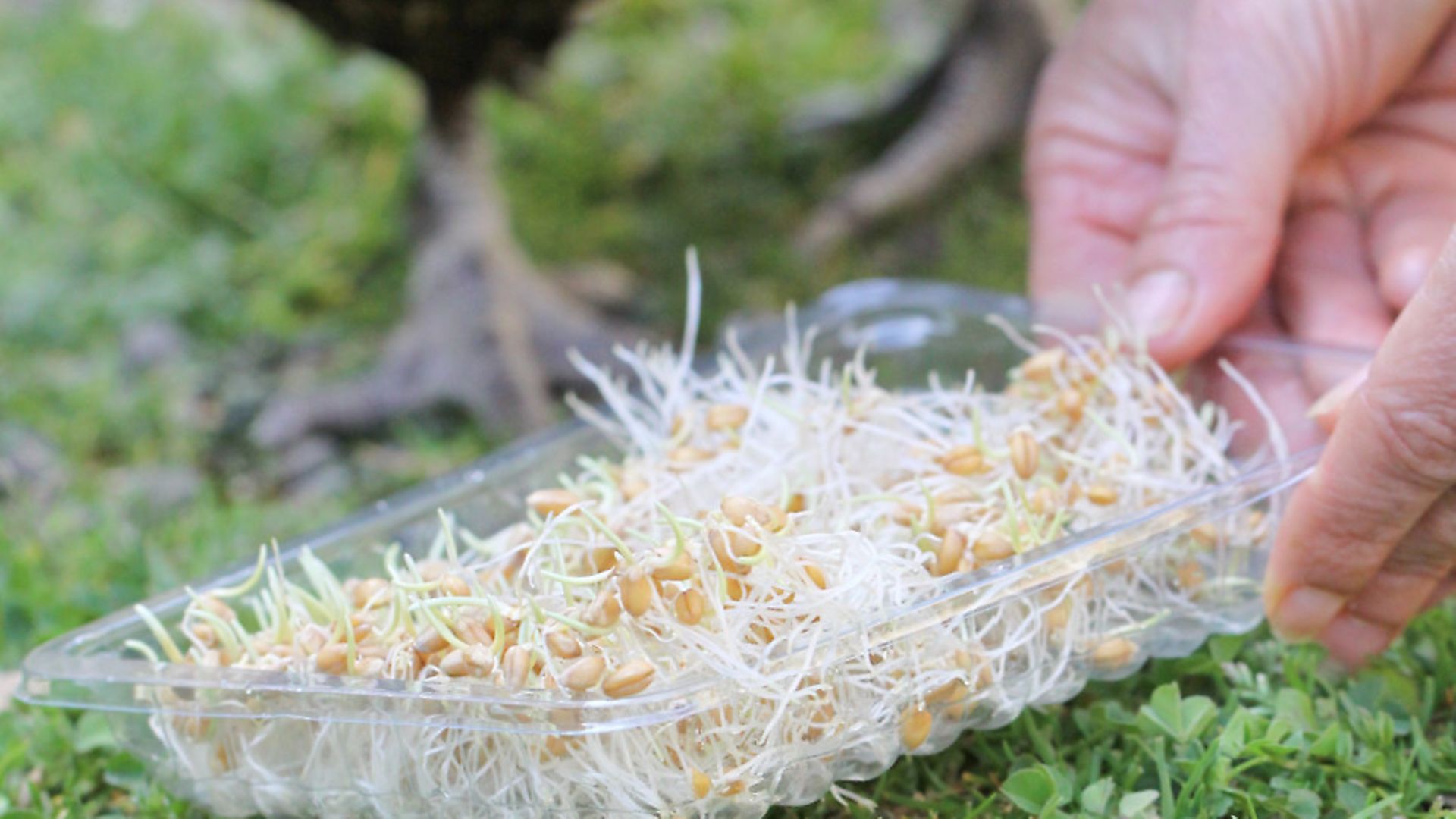 it will bleed profusely. Wait until the blood has dried out and the quill is white or clear as this will signify that the feather is fully grown.

The moult itself is a stressful time for chickens. Their immune systems are lower and, as a result, they are more prone to picking up a passing disease or parasite. Here is how you can help your birds get through their moult:

? Take steps to reduce any additional stress levels as much as possible. During the moult, avoid moving your hens to a new coop or introducing new birds to the flock.

? I give my flock apple cider vinegar (ACV) which is a great tonic and has traditionally been used in times of stress to settle birds. There is no better time to add ACV to your hens’ water than now. Dilute at the rate of 20ml per litre of fresh drinking water and give either two days a week (perhaps at the weekend) or for one week each month. To reap the benefits, you will need to use raw, unpasteurised ACV with the mother (live bacteria and yeast), which can be purchased from most poultry or equine shops. The ACV you find in the supermarket is generally pasteurised and isn’t suitable. Never use ACV in anything metal as it will cause corrosion. Plastic waterers are best.

? Avoid handling your hens. Newly emerging pin feathers have a blood-filled vein which will bleed if cut or injured. As pin feathers are very sensitive, chickens generally prefer not to be handled while moulting as it can be quite painful. A waxy casing surrounds each new feather and either falls off or is removed by a preening chicken. The feather within then unfurls and the inner vein dries up. The shaft is known as the quill. Therefore it is best to save any cuddles and pampering until the feathers have regrown.

? Supplement their diet with additional protein to help them re-grow their feathers. Usually chickens will obtain adequate protein from a good quality layers feed, supplemented by the insects and small mammals that they catch themselves.

During the moulting season, it can be beneficial to offer some healthy high-protein treats (remember to limit treats to no more than 10% of their total diet). Seeds are a great source of protein. I give my flock a mix of fresh pumpkin seeds and sunflower seeds. By hanging the sunflower heads up for them, they can help themselves to the seeds.

I also sprout organic grains. This is a quick, easy and economical way to give my hens some extra protein, vitamins and minerals.

Chick crumbs are higher in protein than layers feed. If you have part of a bag left over, offering it to your flock in addition to their normal feed is a good way of using it up while providing some extra protein.

? As part of good husbandry, clear up any discarded feathers that may be littering the coop and run. Protein-hungry chickens will scratch and eat discarded feathers. In essence, a hen is substituting what she is lacking in her diet with keratin. As keratin is addictive, once hooked it is difficult to kick the habit. Before you know it, your hen will have turned into a feather pecker, pecking out the small, sweet feathers around the vent, at the top of the legs and the base of the tail where it meets the body of other hens. To prevent feather eating, rake up discarded feathers and add them as browns to the compost bin.

By being vigilant and taking some simple steps, you can help your chickens relinquish their dull and balding appearance and replace it with beautiful shiny new coats ready for the winter.