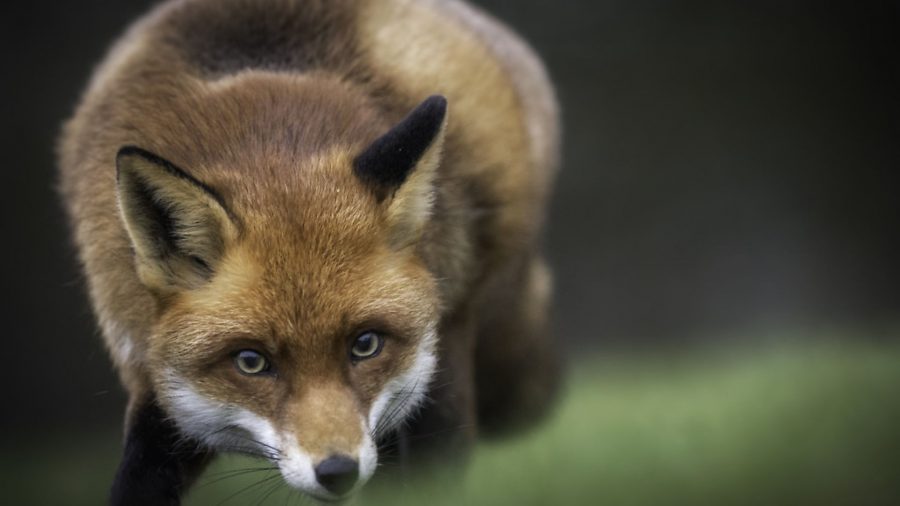 David Herbert, of Hermit Crab Egg, tells how he got back on his feet after his poultry were killed 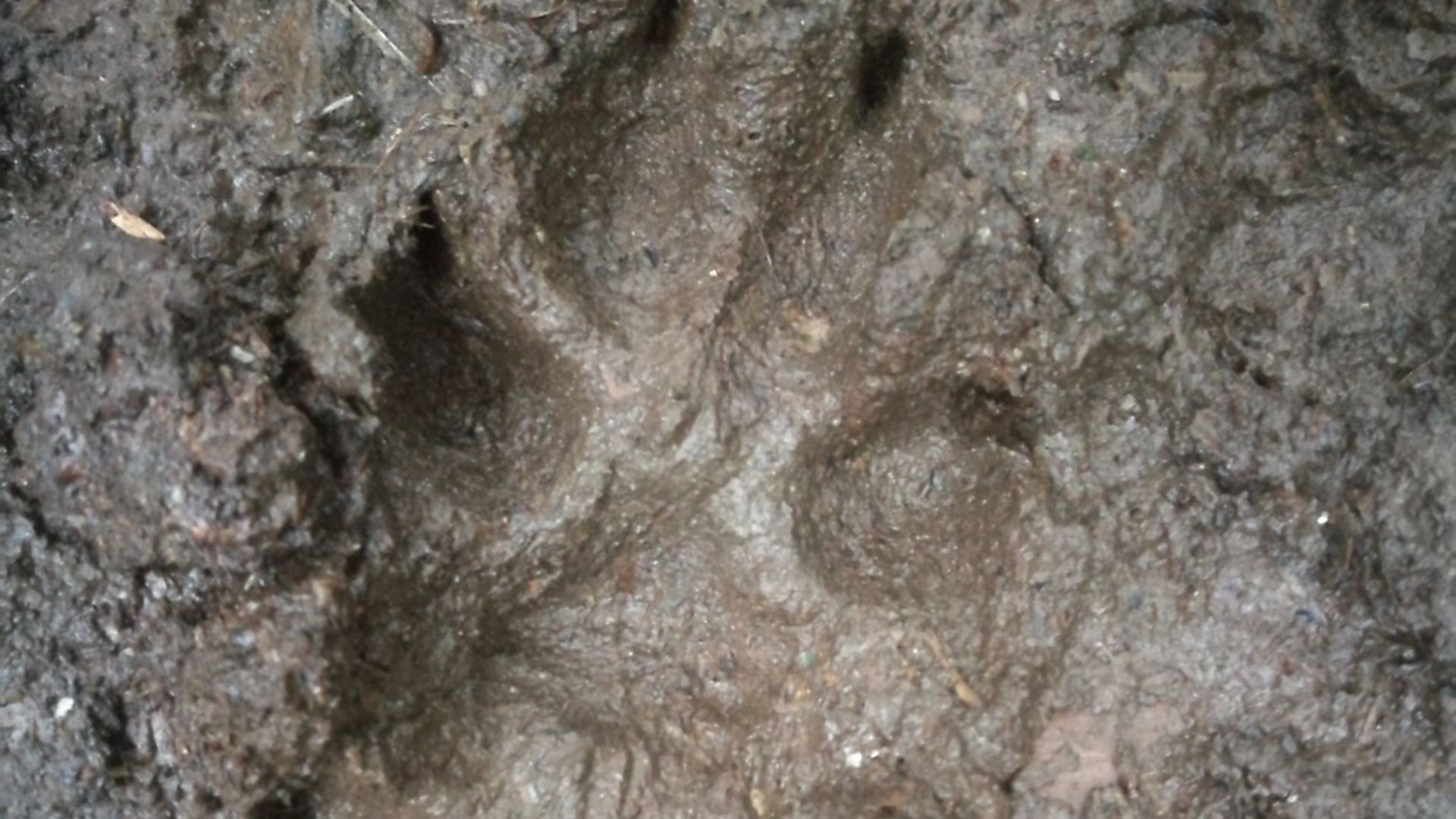 As I descended the steps to the field that afternoon I noted the distinct lack of noise and spotted a chicken squatted motionless near the compound gate. As my eyes rose from the ground an apocalyptic scene came into view. 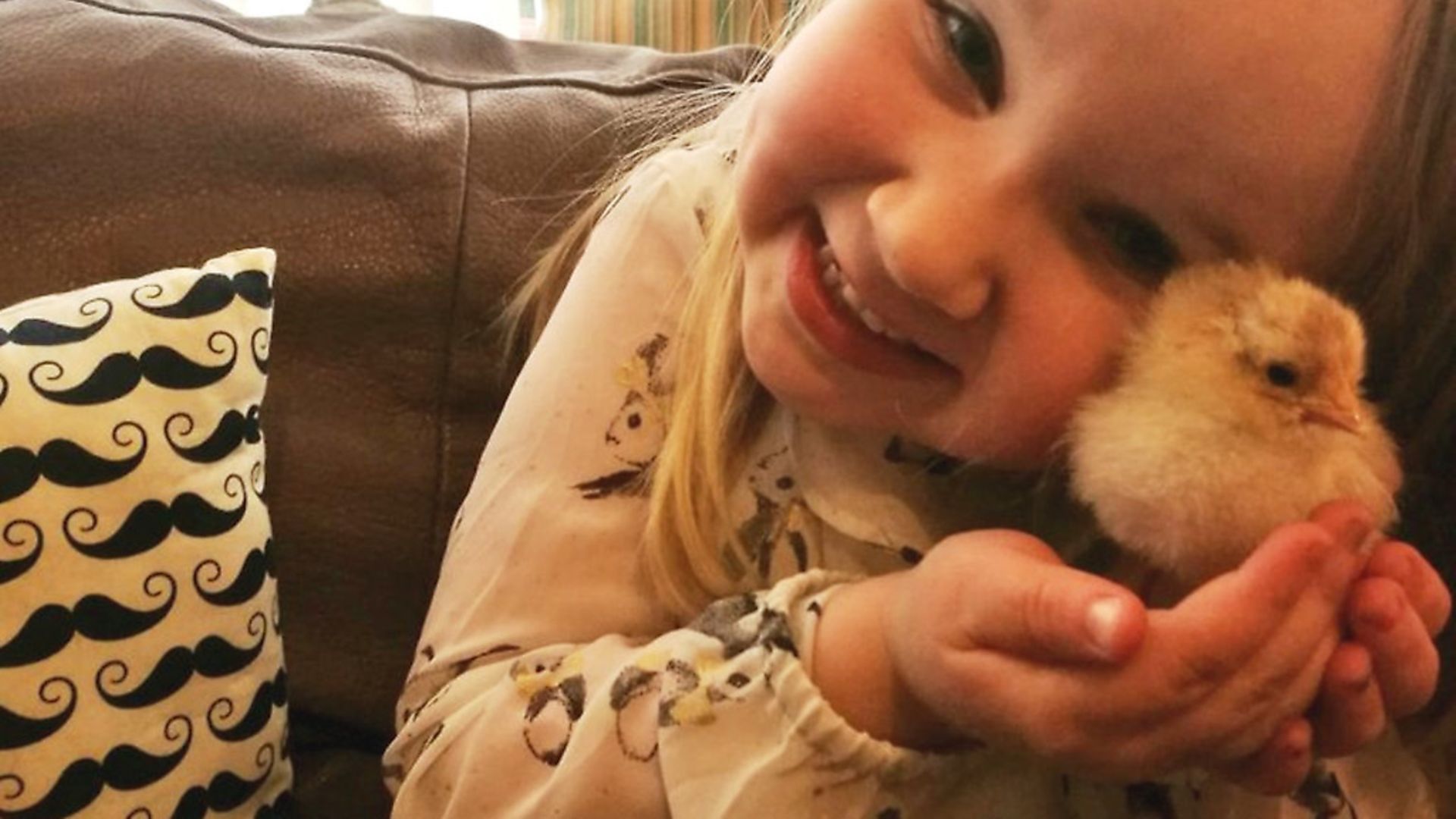 Body after body lay strewn about the field, decapitated heads and piles of feathers everywhere.

We’d had another fox visit, only this time it was worse than ever. Twenty-six birds killed – not a single one taken. 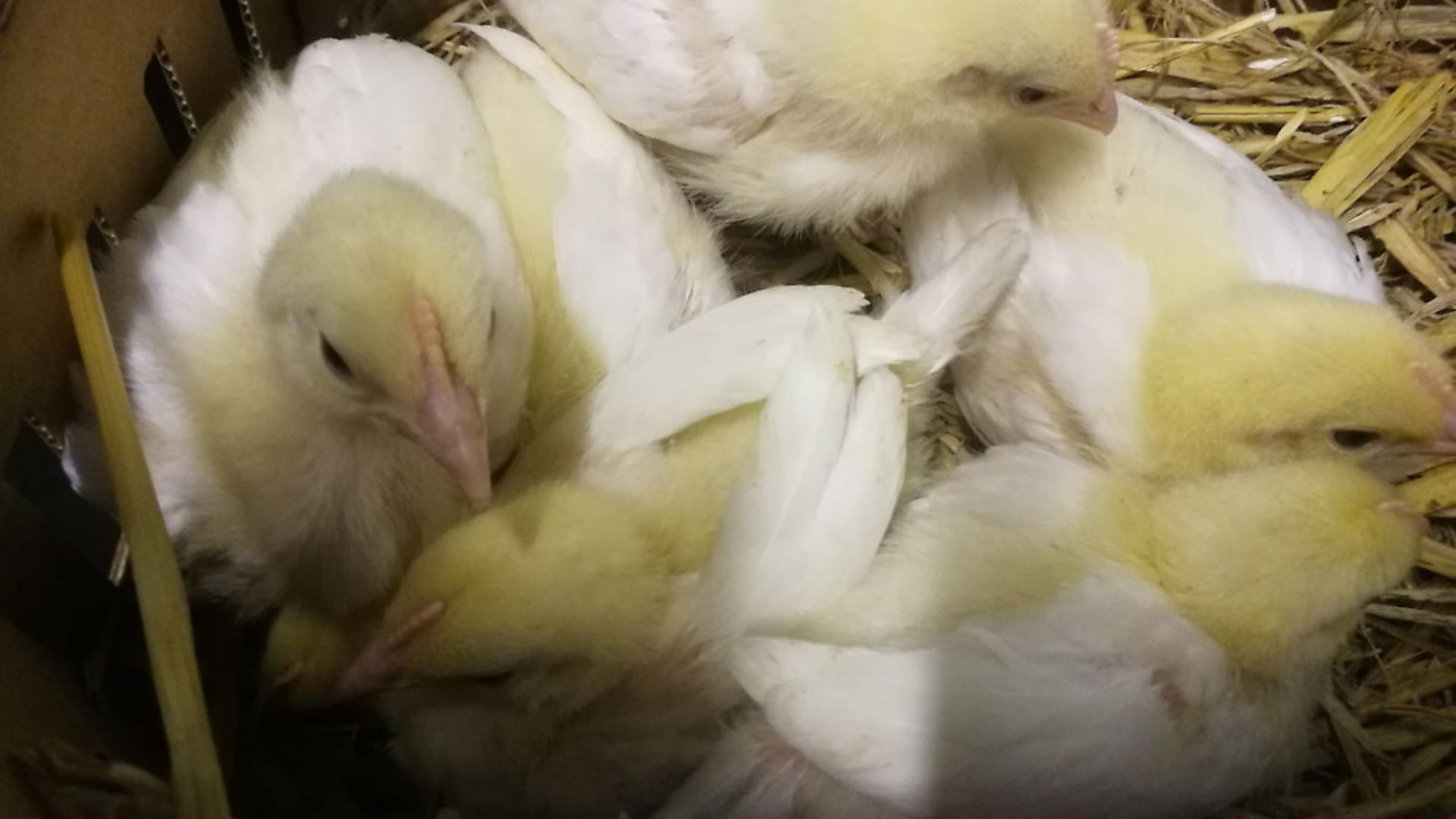 At first I was numb with disbelief at the scale. As I worked my way round counting and identifying the casualties it was the headless body of my beloved Muscovy duck, Oops, that finally caused the tears to flow.

I dropped to the cold, muddy floor clutching her lifeless body and wept. I wept for the loss of their lives, for my own failure to make sure they were fully protected and for the loss of everything poultry-keeping had brought us. There was no way we could rebuild from this – all the breeding lines, champion layers, juveniles, the olive-egg project – all gone in a frenzied instant. How could I even begin to start over? The time, money, and effort required, along with the current heartache meant this was surely it for us. Hermit Crab Eggs was finished. 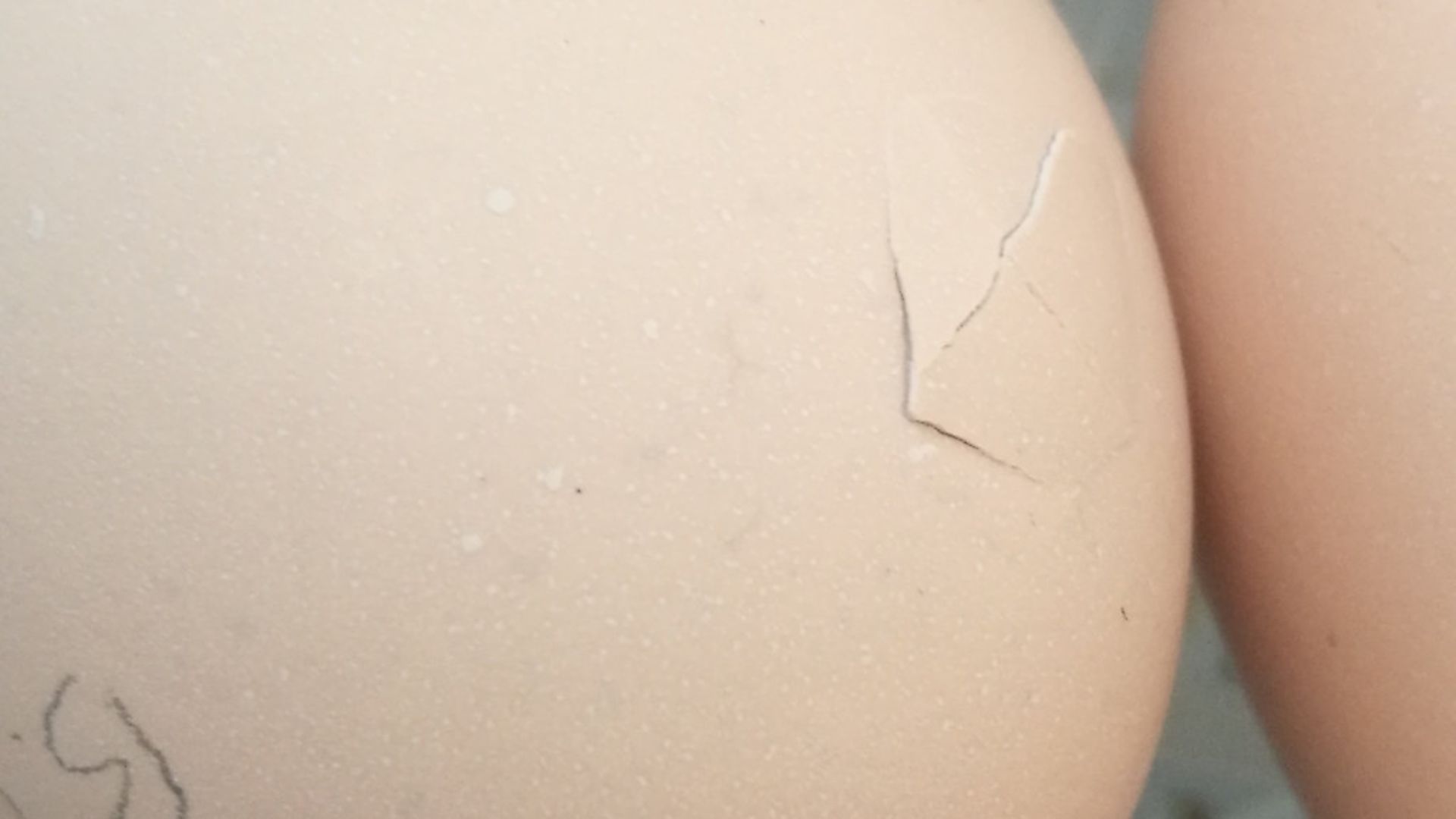 After clearing up through the twilight and on into the dark, with eerily silent sheds and bloodied feathers fluttering in the wind, I began to document the aftermath and shared the details and my feelings about the event on Twitter. If sharing this served as a reminder to even one poultry keeper about livestock security then it wasn’t entirely in vain.

Within minutes I had responses offering condolences and birds. By the end of the evening I’d had countless offers of money, breeding stock and hatching eggs. At first I didn’t want to accept the help believing that it was my mistake, that there are more worthwhile causes out there needing money than our little enterprise. Surely we didn’t deserve the attention or even warrant a moment’s thought in anyone’s busy lives? However, as the messages and offers continued to pour in I realised it would be churlish and disrespectful to continue declining help. I accepted and joyously realised that there was hope for us yet. People did care about what we do and really wanted to see us rebuild from this disaster. Maybe, just maybe we could be back in the game for next year and build on the 477 awards so far. 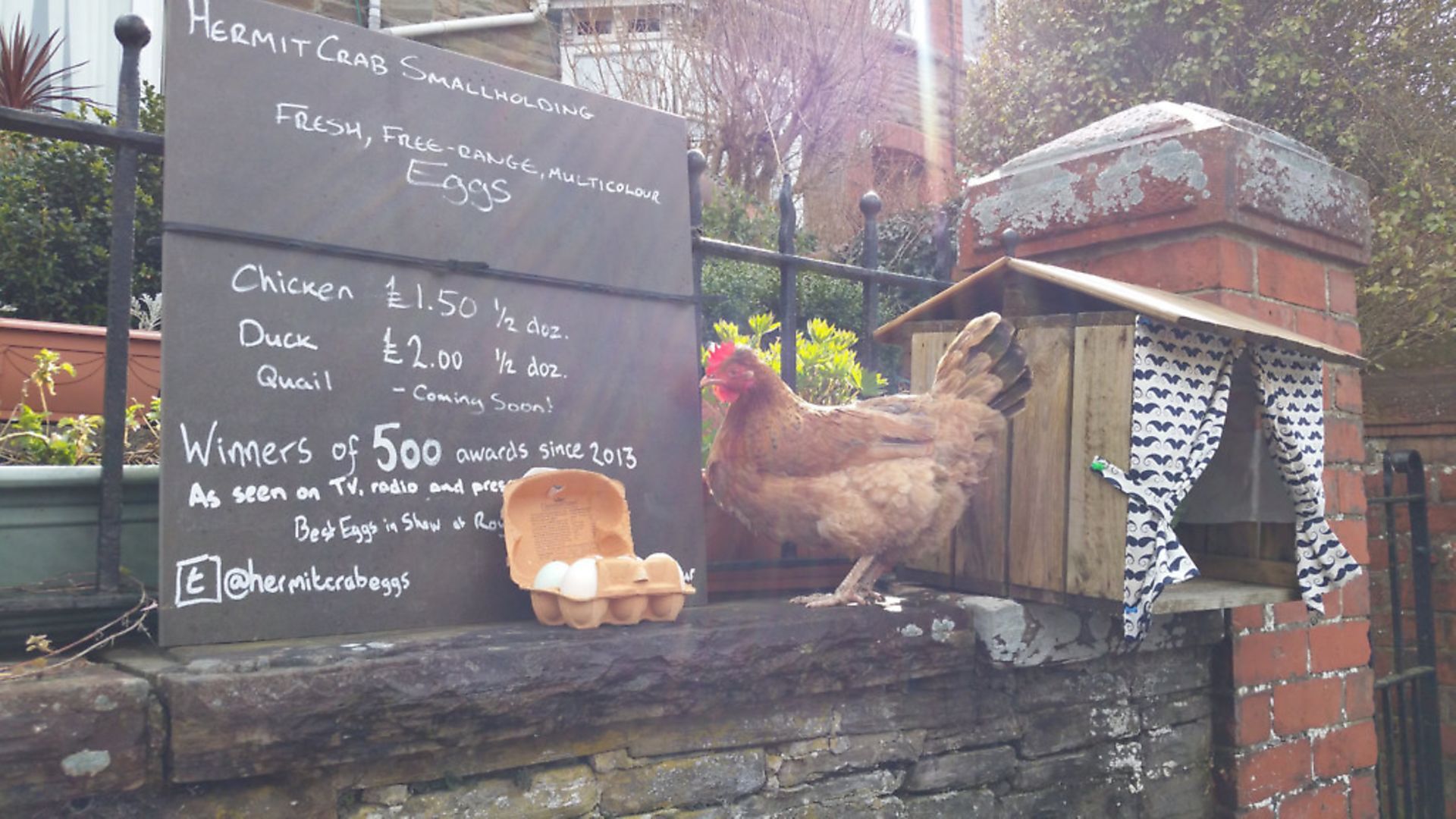 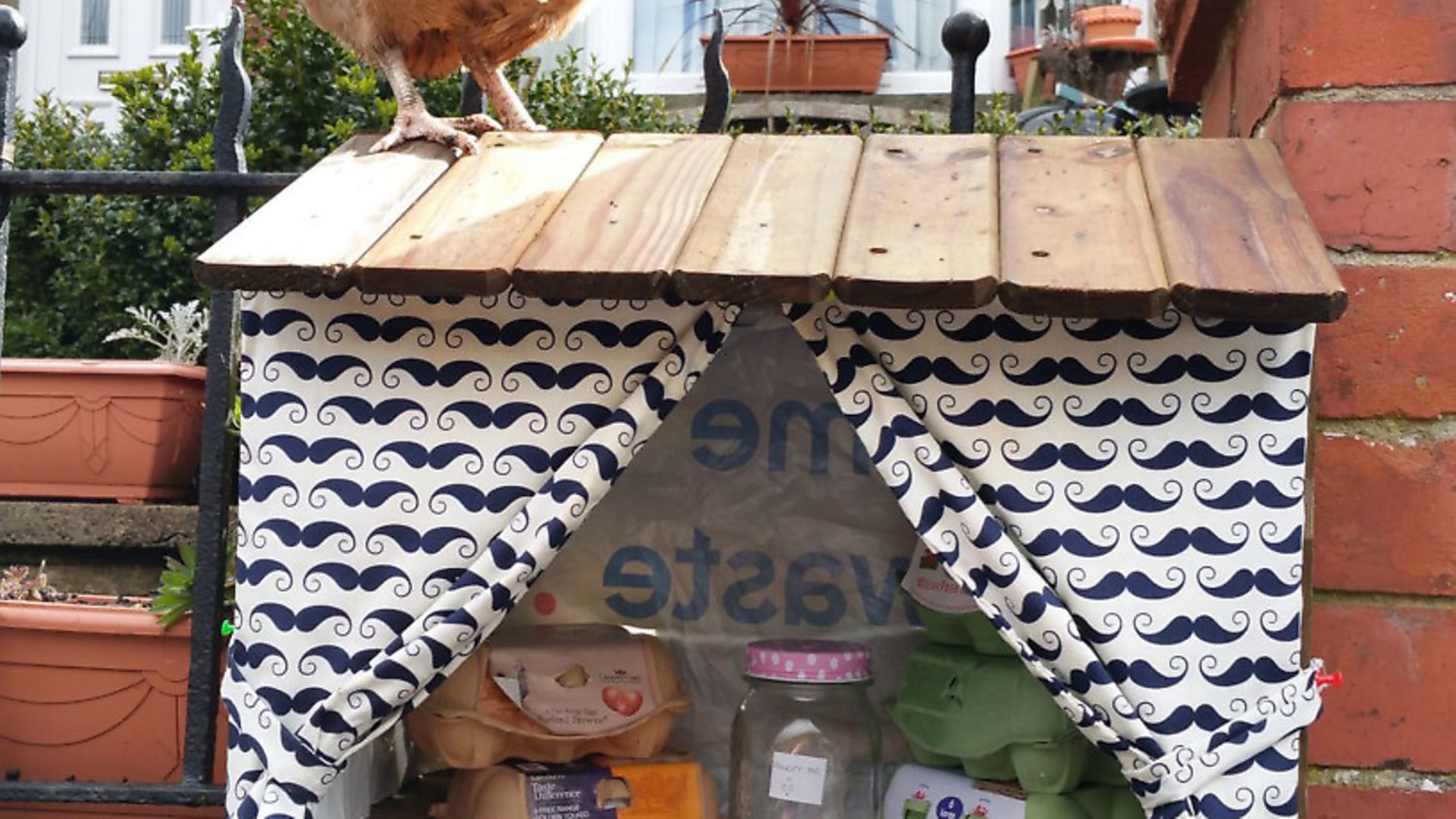 With cash donations from as far afield as America, birds given to me from the Forest of Dean, Tiverton, Bath and Gloucester, and eggs coming in from Peterborough, Sussex, Aberdeen and Oxford things were looking so much better.

There was life, noise and colour once again to the (now better protected) fields. The incubators hummed away gently. The young ducks that survived the attack began to lay. I dared to believe that maybe we could actually still be involved in the fancy this year. 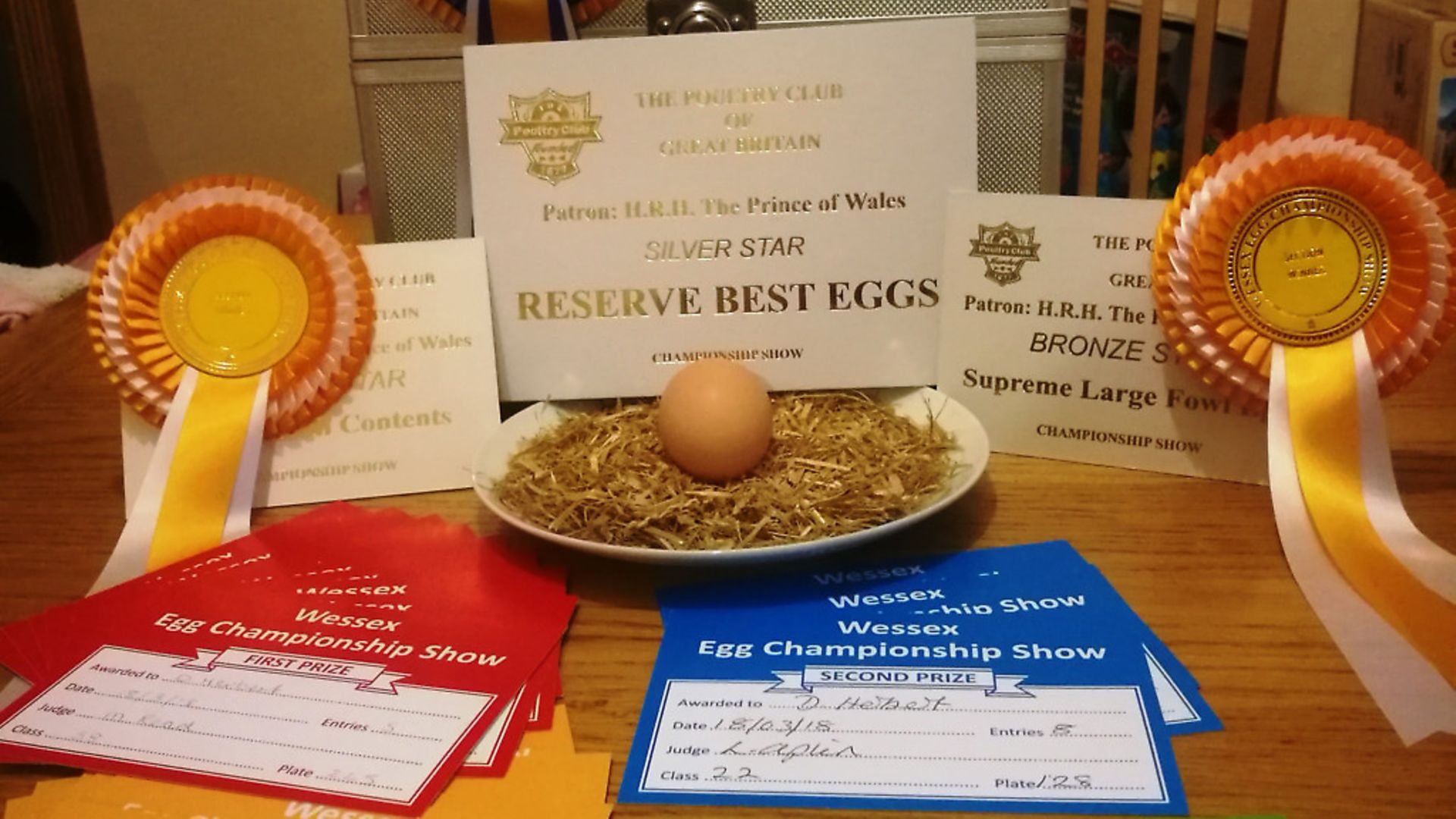 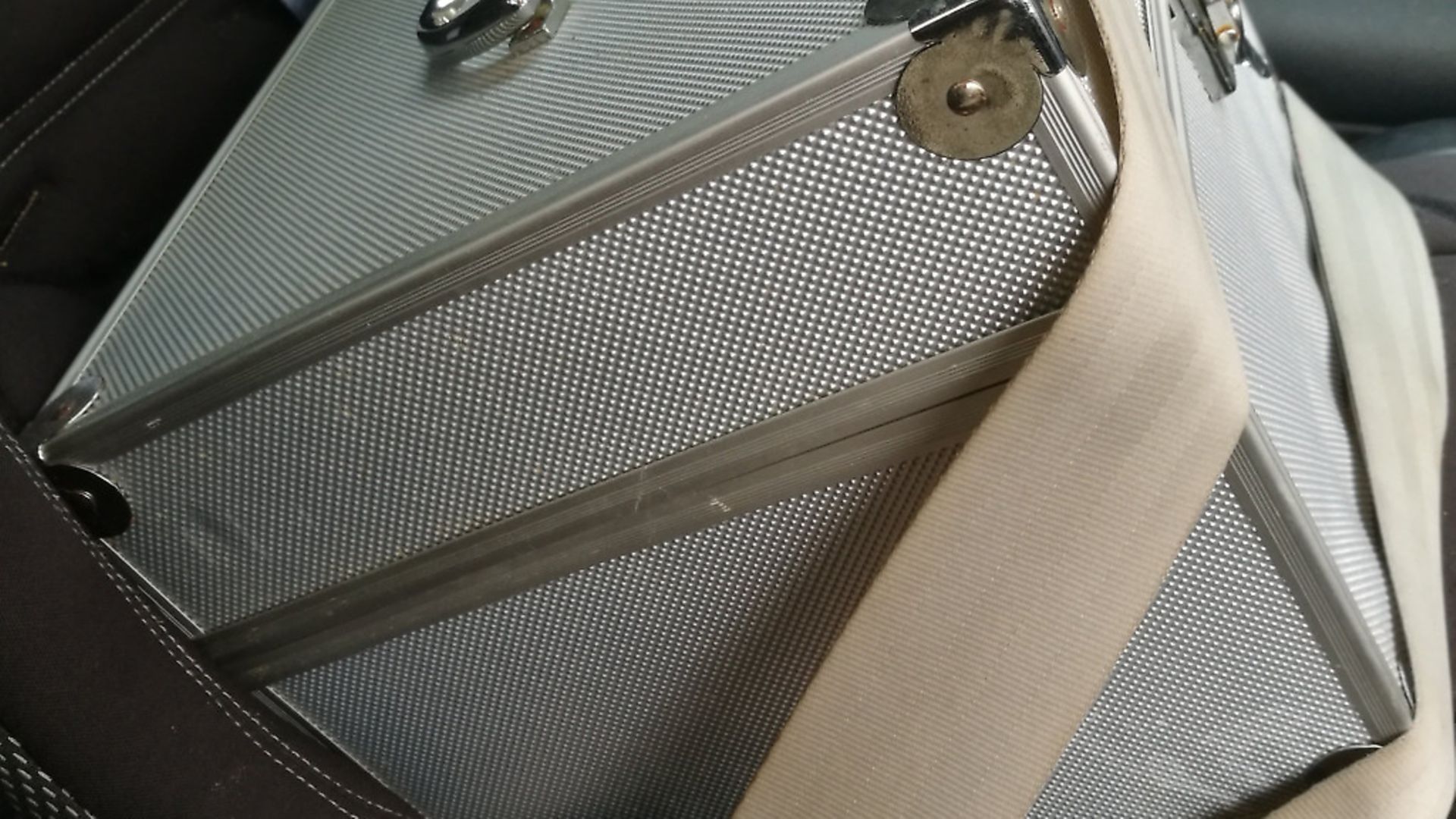 From despair to hope 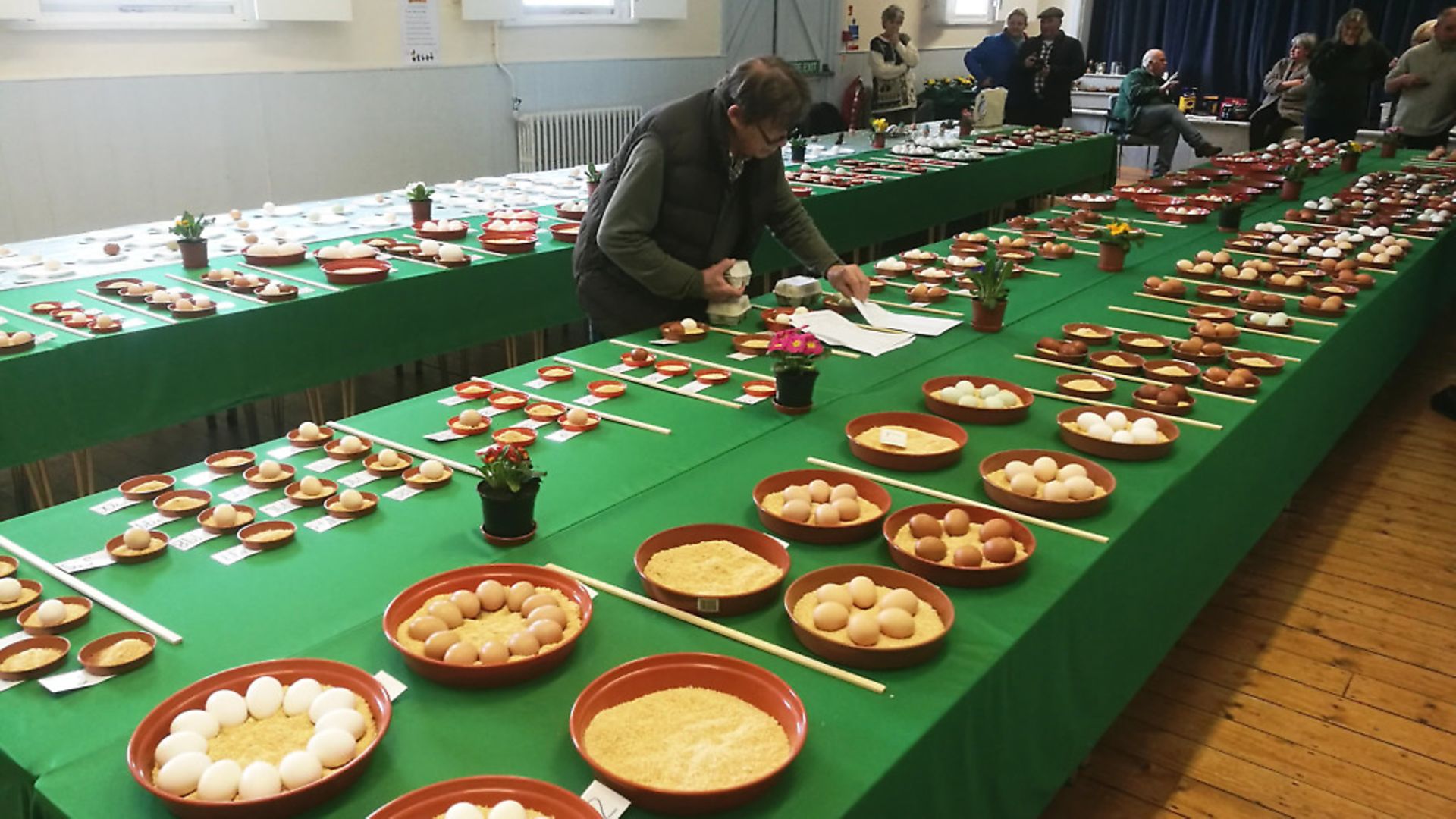 The 32nd Annual Wessex Egg Championship was scheduled for 15th March in Hampshire.I’d attended for the first time last year and thoroughly enjoyed both the event and meeting some of the legendary names in the poultry and egg world. I decided I simply had to go again this year, albeit with just a handful of eggs. If I could get there with even a single plate of six for the show tables then it would symbolise a rebirth, a fresh impetus and a recovery from what I thought at the time was the end of our world. 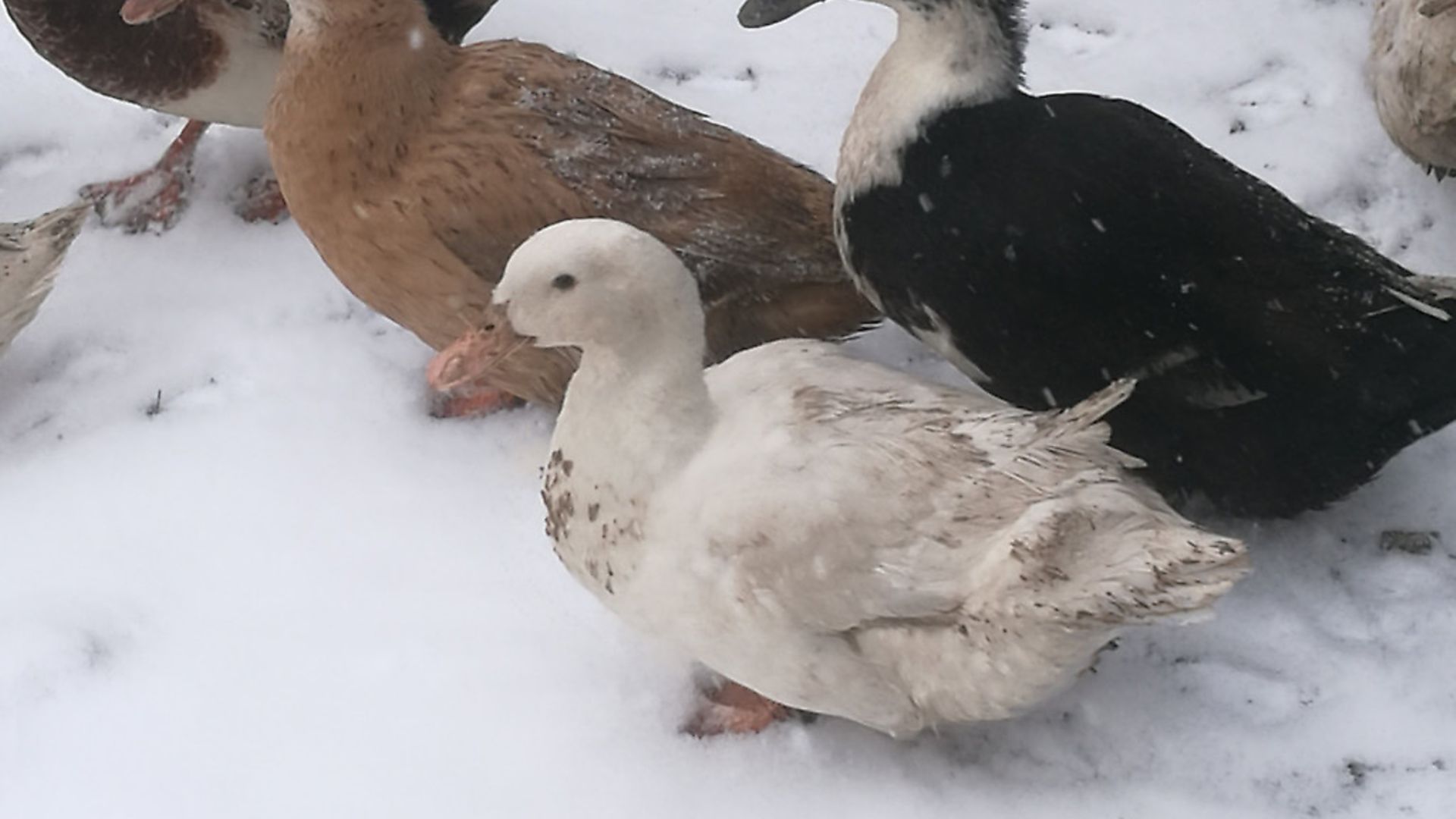 At 5.30am I looked out of the window onto a Christmas card scene. The Beast From The East Mk2 had paid our Welsh mountain a visit and left the street covered. I was damned if this was going to defeat our plans so I got the wellies on, grabbed a shovel and started digging. Before too long I was creeping down the road and eventually made it to the M4. Believing the weather reports I expected the roads to be passable and that there would be no sign of the snow much past Bristol.

How wrong I was. As one of the few cars stupid enough to be out in this weather I was almost making my own tracks through the snow on one of Britain’s busiest roads. As the occasional slide and blizzard forced me to a crawl I made a wrong turn off the motorway and found myself at the top of a tiny lane near Hungerford. With drifting snow ahead and behind and no signal on my phone I had to press on to safety. I slalomed down the deserted road and made it to the A4 where I managed to spin the car off the side of a snow drift and pirouetted to a stop several metres later. Thank goodness I’d strapped the egg box securely into the child seat!

A little shaken but unharmed I pushed on the last few miles to Sutton Scotney and made it to the Championship in time.

I set up the few entries I’d brought, had a look at the 415 plates of eggs on show and marvelled at the fact that a) The eggs and I made it here in one piece, and b) that I had any eggs at all worth showing considering recent events.

Contestants chatted, judges judged and the cards duly went out to the winning entries.

As I made my way around the tables I couldn’t believe my eyes – two fourths, six thirds, three seconds and nine firsts! And then the top table winners were announced. To my absolute amazement we clinched the Best Overall Contents and Supreme Large Fowl Egg prizes – the latter going on to take the Reserve Best Eggs prize, giving us our landmark 500th career plaudit.

Once again I wept; only this time it wasn’t because of the gut-wrenching ache of loss but instead for the relief and gratefulness I felt. I wept because of the kindnesses of strangers and friends, for the support we’d been offered and the love that the poultry and agricultural communities had shown us through this difficult time. We truly were back in business!