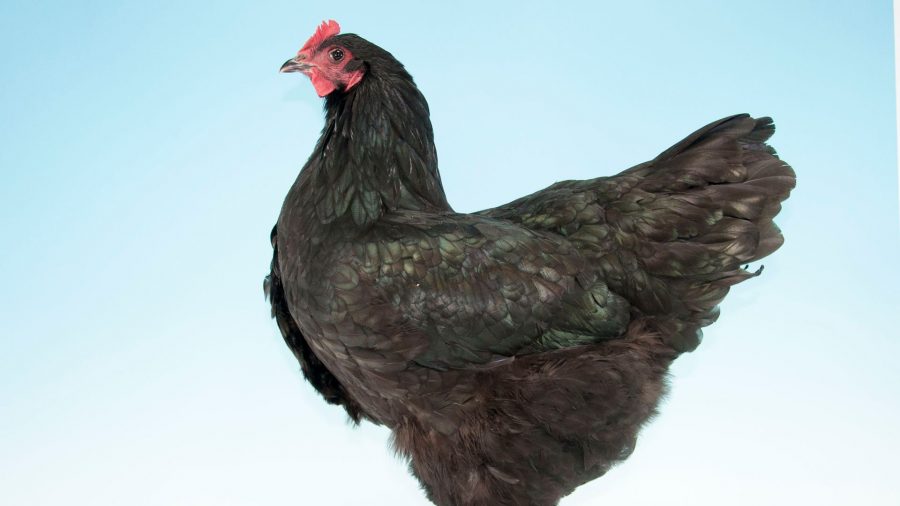 Andy Cawthray introduces the Croad Langshan, an inquisitive bird with brains as well as beauty that lays brown eggs at a fairly good rate

The Langshan breed group has a complex history filled with twists, turns and intrigue more becoming of a “who done it” novel than the pages of a poultry magazine. The Croad Langshan, believed to be the parent of all other Langshans, is a graceful, alert looking and, some would argue, intelligent breed of chicken.

Origins of the Croad Langshan
Major Croad was responsible for the first imports of this breed into the UK in 1872. They reached the shores of the US in 1898 and quickly established themselves as a useful dual purpose breed that produced a good number of eggs, plus a sizeable bird for the table. Originally a black plumage bird, whites were developed, but are infrequently encountered. A tall, upright stance combined with its weight gives the bird a striking and graceful appearance.

Overview/summary of the Croad Langshan
Croad Langshans are a strong and vigorous bird with an intelligent and inquisitive nature. They are officially classified as a heavy, soft feathered breed, broad in appearance with a saddle well filling the angle between the neck and the tail that gives a stunning profile. Croads are black with white plumage versions known as White Langshans (Croad Type)

Physical features of the Croad Langshan

Croad Langshan temperament
The Croad Langshan is docile and easily tamed by the keeper, showing tolerance towards others within a flock. It shares a lot of the qualities encountered with breeds such as the Brahma, Cochin or Orpington, and they make wonderful pets for families.

Care tips for Croad Langshans
The heavy weight of the Croad Langshans means that they are unlikely to take to the wing and can be easily contained by a low fence. They are a hardy breed that manages well in most weather conditions but, although the leg feathering isn’t profuse, care should be taken in muddy conditions.

Croad Langshan availability and cost
The Croad Langshan has a dedicated following on the exhibition circuit, but it is not a widely encountered breed in sales or auctions. As such, a buyer is likely to need to source directly from a breeder. On account of their size and relative slow maturing, they can be quite costly to rear to adulthood.