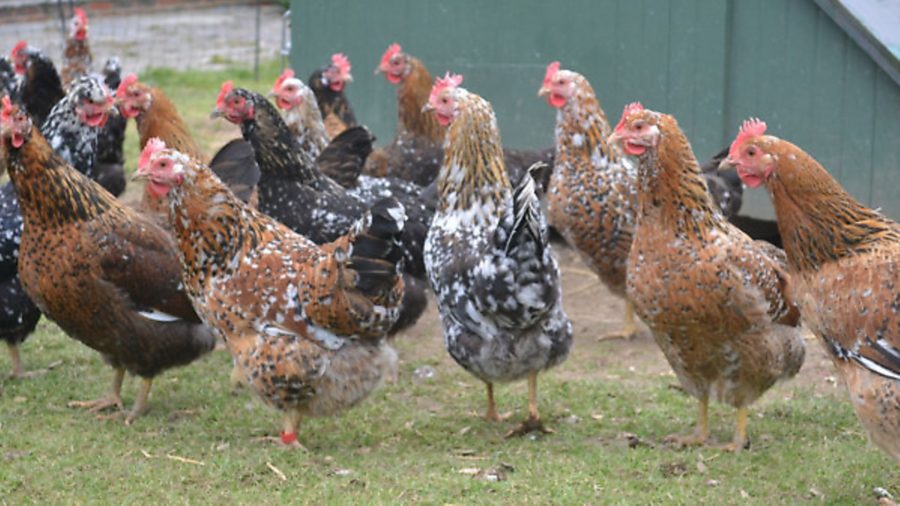 A beautiful breed of Swedish chickens can be found in England 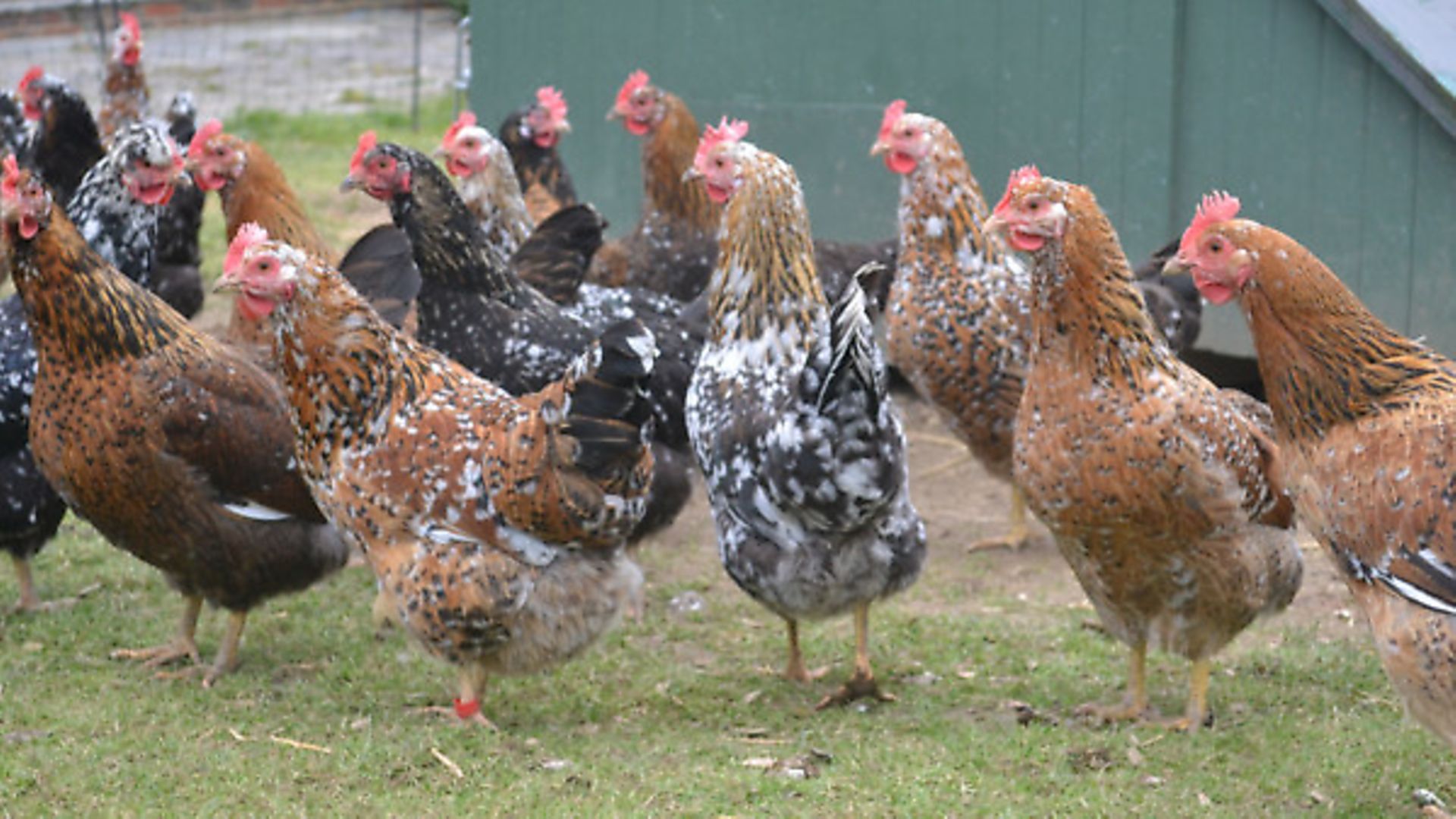 When I came across Sanne Virdee and her Swedish Flower chickens by chance while looking for breeders on the net, I didn’t realise what a treat was in store. I got in touch and took a trip to Plaistow in West Sussex to see her flock. It is a breed entirely new to me and one of only a handful of Landrace breeds. These chickens develop in their original environment and, over time, adapt to the natural and cultural habitat in which they live. Landrace breeds differ from the more formal ones which are bred to conform to a particular standard or purpose. They are left to procreate with no interference from humans, who inevitably tend to selectively breed (take the best traits and colours of parent stock and use those few birds to breed from). In this way, Landrace chickens are totally unique – each bird is different and this makes for a very exciting outcome. Other Landrace breeds include Icelandic chickens and also the Hedamora birds from Sweden who develop an undercoating of downy feathers to combat the extreme cold in the north of the country.

Swedish Flower chickens come from the southernmost province of Skane and the breed is at least 300 years old. It was first mentioned in Swedish journals in the early 1700s but is likely to be older than that. The birds were used for meat and eggs and their feathers were used to fill duvets. The breed was close to extinction in Sweden in the 70s when only three known flocks remained. These were only found in three Swedish villages. Slowly and painstakingly diligent representatives of the Swedish Country Poultry Club built up the stock again so that the future of the breed is now assured. 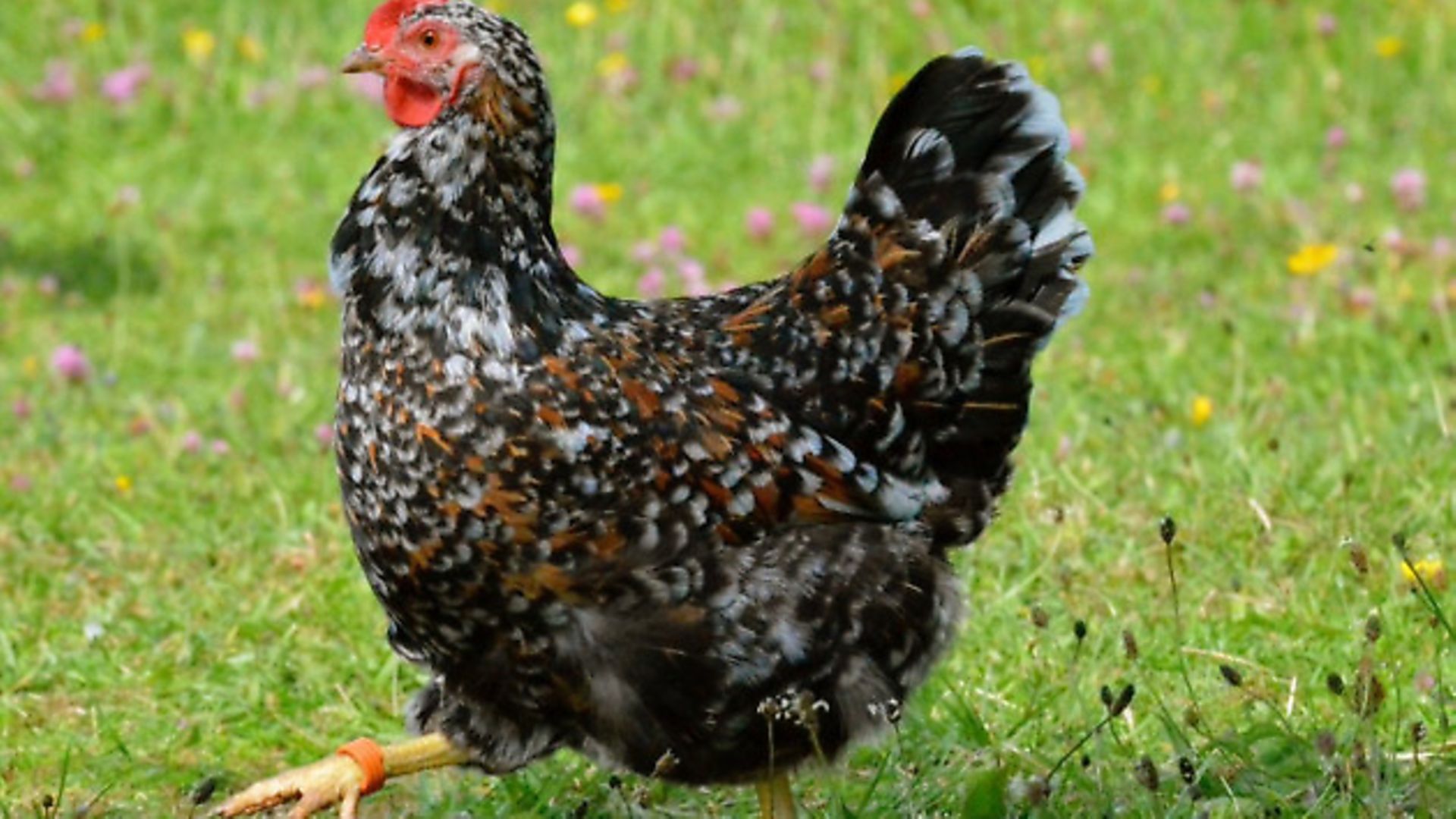 It is now the largest native breed, although still considered rare and the birds’ speckled colour give good camouflage against predators on the Swedish plains. Sanne, originally from Denmark, where Swedish Flower Chickens also flourish, is an experienced henkeeper who decided to specialise in this wonderful breed about five years ago. She is definitely passionate about her chickens and devotes much time and patience to them, so we had a lot to talk about. “I first came across the breed as a child while on holiday in Sweden,” she tells me. “I started by buying 40 hatching eggs from different places in Sweden, but of course this wasn’t enough to build a decent sized flock and I bought another 40.” Sanne now has a flock of around 150, including 19 cockerels. “The gene pool is very small,” she tells me, “So a large stock is needed to avoid inbreeding.”

As with other Landrace chickens, no selection is undertaken when choosing the breeding stock so Sanne has a beautiful and diverse range of coloured hens and cockerels, with no two birds looking exactly the same. Some have crests, some are black and white, some predominantly brown, some stunningly speckled in brown, black and white. The birds were called Swedish Flower after the white or black flecks, or flowers, on the tips of feathers. The brilliantly coloured feathers do indeed evoke an image of a wild flower meadow. The birds are called blommehons in Swedish which literally means ‘flower hens’.

The cockerels are big and bold but not aggressive; they also crow very loudly – fortunately Sanne has no neighbours close by! The hens have a large field where they can roam freely, feasting on all sorts of insects and grubs next to a beautiful lake.

Swedish Flower chickens are a reasonably heavy breed with hens weighing around 2 – 2.5 kg and laying good-sized creamy coloured eggs; they manage around 200 cream/beige eggs a year. They live long lives, are naturally healthy with good immune systems and are hardy, obviously adapting well to the British climate. About 30-40% of the hens will go broody and make good mothers; this is a perfect scenario – not too much broodiness and not too little either!

Swedish Flower chickens were first imported to the USA in 2010 so there are a handful of breeders specialising in this breed there. There are thought to be around 2,000 birds now in existence worldwide.

More: Sanne Virdee does not sell cockerels but does sell hens (£45 each) swedishflowerchickens.com and these are also available from two stockists: