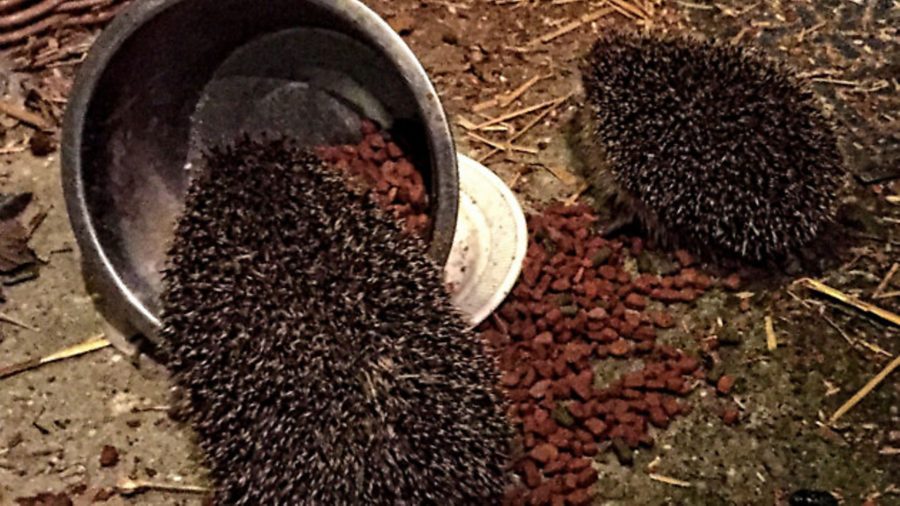 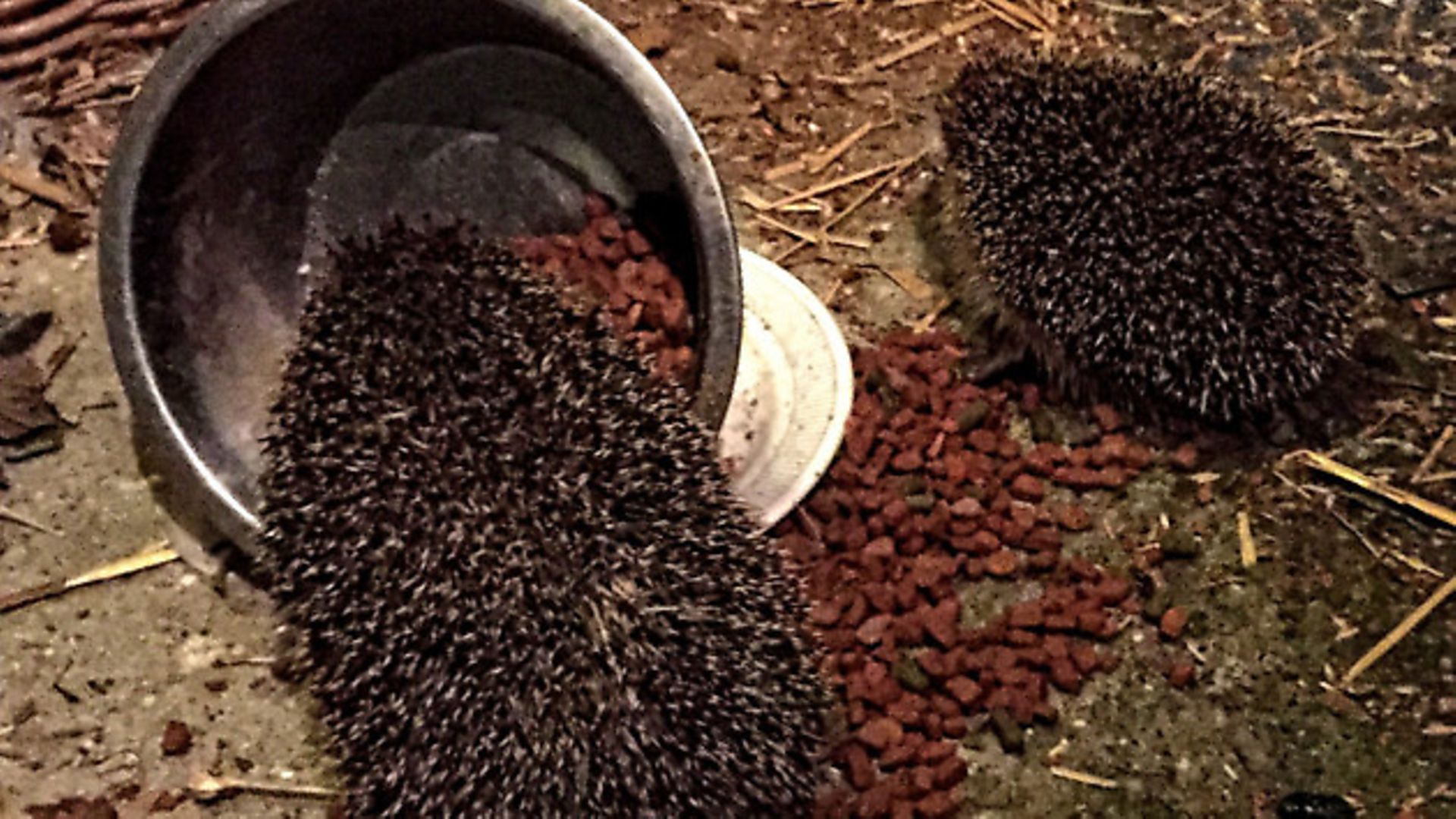 Sometimes I find more in the chicken pen than I expect. In the last couple of weeks I’ve found a duckling, two hedgehogs and a cat…

OK, a duckling might not be such an unusual find. This one, though, was on its own, freezing cold, face down, being pecked by the chickens. Much as I love my girls, they can be very mean at times. I picked the duckling up; it was just alive, breathing lightly but not moving. I had no idea which of my ducks it had come from and certainly none of them were interested in being a mum. I took it into the house and held it for an hour to warm it up while I tried to remember where the heat lamp was. Finally it came to me; I set it up, put the duckling in a box with the lamp and some water. I was fairly sure he wouldn’t pull through but, amazingly, an hour later he was cheeping away and I had to rush to the shops to buy some duckling food. I called him Rocky as he’s a little fighter. He stayed with me in the house for a few weeks to recuperate and grow and loved nothing more than to sit on my lap and watch the telly at night!

Rocky is now in the pen with the other birds and integrated instantly – he took to it like a duck to water.

Another time, I found a mum hedgehog and her baby scrabbling around for food in the pen. I’m not sure they like chicken food that much, but when I gave them cat food they were pretty happy and have learned to come to the back door for more.

A cat though is different. One ice cold morning, when the ground was covered with a thick frost I found a cat in the coop. It was shivering and when I picked it up, it didn’t move. This is very unusual since cats in the countryside of northern France are generally feral and vicious. I carried it into the house and it began crying, a low wail. Its feet and tail were saturated and ice cold.

It was a boy cat I discovered when I dried him off as best I could. My neighbour recommended a hair dryer – it gets their temperature up quickly apparently. Then I sat in front of the fire holding him tight with a blanket round him. He went to sleep. As soon as I put him down he cried, so I took the morning off and just sat and held him until I felt he was warm enough to stay wrapped up on a chair in front of the fire. He stayed with me for a couple of weeks and then decided to leave, a lot fatter than when he arrived and hopefully with a fighting chance to make it through the winter.

Having taken in three stray dogs and six cats already I don’t really want more. But, if he returns, perhaps just one more little one might not be too cat-astrophic.