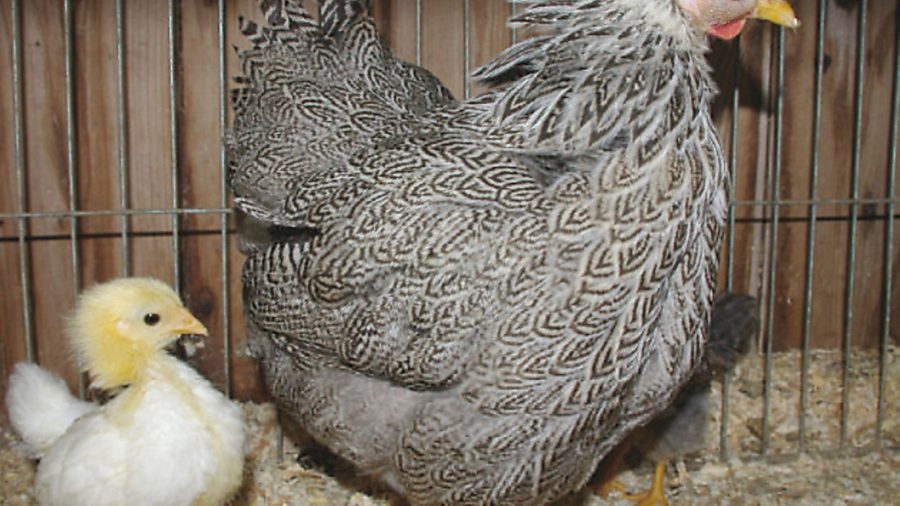 Victoria launches this new series by looking at respiratory problems, and starts with the most common respiratory disease

Mycoplasma in poultry is not a new disease. There is mention in the old books of similar symptoms from about 100 years ago, generally being called roup or a common cold. Treatment tended to be by culling only.

The disease acquired the name mycoplasma once the causative organism had been discovered. Mainly the respiratory system in poultry is affected and the disease is becoming more common, spreading with increased travelling of stock, allowing wild bird (particularly corvids) access to chicken feeders and drinkers or it may be that we are hearing about it more with improved communications. The organism is neither a bacterium nor a virus in size, but part way between, having no cell wall but with a plasma membrane. Four out of the known 17 species of mycoplasma are pathogenic in poultry.

This is the most common respiratory disease, it is very infectious and is carried on the clothes and hands of people tending the birds, plus equipment.

The incubation period before clinical signs appear can be as little as a few days. It appears to thrive in the bird when other pathogens are present, such as E. coli or infectious bronchitis, or if the birds are stressed or debilitated.It can lead to death either by starvation if the birds’ eyes are swollen shut or if other diseases are present. Rattly breathing indicates the disease has been present for some time.

The two types of mycoplasma that affect chickens are:

1. Mycoplasma gallisepticum: symptoms can include foamy eyes, sneezing, nasal discharge, swollen eyelids and sinuses, reduced egg production or reduced weight gain and gasping. This one is the main culprit in backyard flocks.

2. Mycoplasma synoviae: signs include swollen and hot joints and/or respiratory signs as above, and/or the broad end of eggs form weakened/discoloured shells.

Nasal discharge and cool temperatures are protective of the organism so any sneezing will deposit droplets which will remain infective for several days. Transmission is also through the egg, so anyone breeding birds needs to make sure the adult breeding stock does not have mycoplasma symptoms.

When nasal discharge is evident, feathers become stained with this as the bird tries to clean its eyes and nostrils. There is a particular sweet smell associated with this discharge which, to the sensitive nose, is immediately apparent when entering a hen house.

This disease needs treatment as it will not get better if left alone. Unlike humans with a viral common cold, chickens seem unable to shift this ‘cold-like’ infection without help, mostly because the respiratory system is so extensive in birds with the lungs, airsacs and hollow bones all being connected and thus affected. Tylan Soluble is licensed in laying hens, eggs being discarded until the end of the five-day treatment.

Good ventilation at the top of the hut on two sides, not closed off in the winter, will remove ammonia (high levels are in the droppings). Ammonia encourages respiratory infections as it prevents the removal of mucus, particularly in cool weather. Cider vinegar (10ml:500ml, one week a month, plastic drinker only) helps support the immune system.

There is a mycoplasma vaccine marketed by MSD but it is recommended not to use it in breeding chickens. This appears to be because the manufacturers do not know how long the vaccine is effective; six months seems the maximum effectiveness.

With vigilance and early treatment of symptoms, mycoplasma can be kept at a low level in backyard flocks thus increasing the welfare of the birds.

* Victoria Roberts BVSc MRCVS is not only a leading poultry vet, she teaches other vets about poultry welfare. See her website: http://vicvet.com/