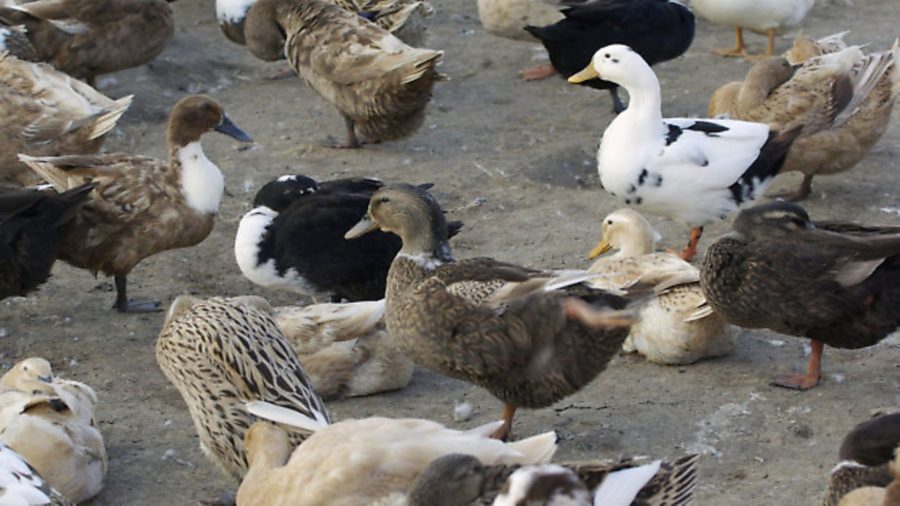 The Government says it is taking ‘Immediate and robust action’ after a confirmed case of bird flu at a duck breeding farm in East Yorkshire.

Environment Secretary Liz Truss has told the Commons that tests are yet to establish the strain, but the H5N1 form, deadly to humans, has been ruled out.

About 6,000 birds will be culled from today (Tuesday) as a precaution and a 6 mile (10km) exclusion zone is in place.

Ms Truss repeated reassurances that there was no risk to food safety.

The Department for Environment, Food and Rural Affairs (Defra) said the flu strain at the farm in the village of Nafferton had been identified as the H5 virus, but not the H5N1 strain. The latter strain has led to hundreds of deaths worldwide, although none have been in northern Europe.

EC officials say the outbreak is likely to be linked to migratory birds – possibly swans – heading south for winter, and cases in the Netherlands at the weekend and Germany earlier in the month.

They say the UK and the Netherlands were applying its directives to control the spread of the virus.

They also include the introduction of cleaning and disinfection areas, and a ban on the sale of live poultry, eggs, poultry meat and other poultry products from the restricted zones to other countries.

DEFRA added: “The restriction zone bans movements of all poultry, products and waste within the area. Poultry must be housed or isolated in the zone. Bird gatherings (fairs, shows, exhibitions) are banned and game birds cannot be released.”

“It is important to note this disease is highly pathogenic for birds but the Foods Standards Agency has advised that avian flu does not pose a food safety risk.”

She added: “We have seen a really good effort, I am clear we need to keep that up, to make sure we stamp out this disease.”

There is concern that further cases could be spread by wild birds, and Ms Truss said compensation would paid to farmers adversely affected by the outbreak.

Poultry keepers have been warned to maintain high standards of biosecurity after outbreaks of bird flu in East Yorkshire and on the Continent.

DEFRA advises domestic poultry keepers to try and minimise the contact their flocks have with wild birds. It says poultry should be housed where possible and kept away from standing water, with food and water supplies protected. It adds that poultry keepers should work with their local vets and take their advice on appropriate biosecurity measures if in any doubt.

DEFRA said it was taking ‘robust action’ after the case at the Yorkshire duck breeding farm and movement of poultry in the area was restricted. There have currently been no further cases (Nov 26).