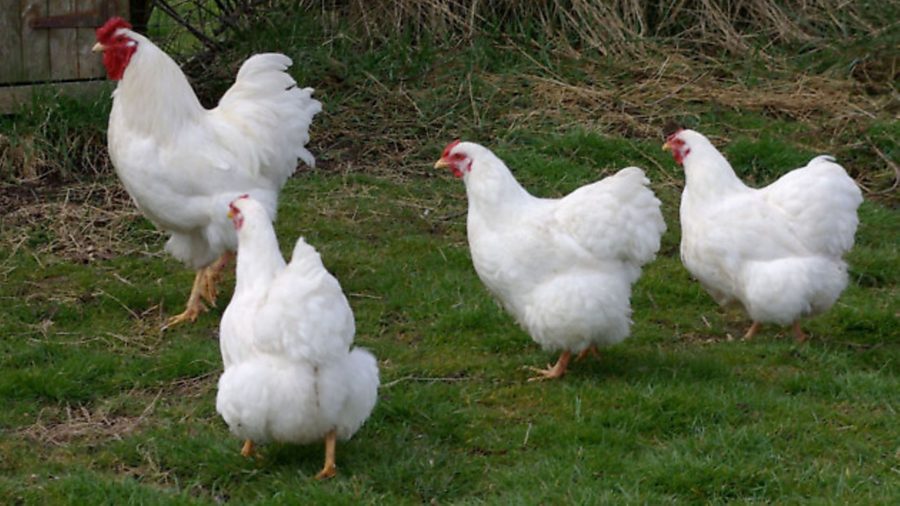 When asking for contributions to this feature, our erstwhile editor requested a photo of our favourite chicken. Unfortunately, my particular favourite bird was around at the cusp of the 1960s and ’70s – a time when I had no camera and certainly no thought of immortalising my chickens in print. Fortunately, however, I do have access to the photographic library of fellow Your Chickens contributor Grant Brereton, who was able to provide a brilliant image of a cock bird very similar to my own personal favourite.

Not only was a lack of photo a problem, so too was choosing which, of my first white Wyandotte bantams (from which I eventually bred a mini-dynasty) was my out-and-out favourite. In the end, I whittled it down to two: ‘Rasputin’ the cock bird and ‘Winnie’, the very definite matriarch of the flock. Whilst Winnie (already ‘aged’ when I was gifted her) undoubtedly produced some fine chicks, on the basis that it’s generally accepted that the cock is the most important member of the breeding pen when it comes to achieving a bird closest to standard, I have to plump for Rasputin.

Like Winnie, he wasn’t in the first flush of youth when I got him but he was a proven producer of consistently good stock for his previous owner and, anxious to fuel the enthusiasm of a young teenager, his breeder thought he’d be a good choice for me.

And so it proved. Whilst Rasputin would never have won a show himself, mated with the right females, his genes helped produce winner after winner. That was particularly true of a first generation cockerel who won at all the local club shows (and I was a member of many clubs at the time!) and most of the agricultural shows held within a two hours’ driving distance from home (a criteria imposed by my father who, although keen and enthusiastic, had no wish to spend all his weekends behind the wheel after a week of doing so due to his work).

As a character, Rasputin was not the friendliest chicken I’ve ever owned but, in a way, that only added to his charm. He also suffered constantly from scaly leg, a problem that I never fully managed to completely eradicate.

He was, though, despite Winnie’s best efforts to usurp him, a brilliant flock leader. Quite literally, no stone was left unturned in his determination to find the most tempting morsels for his ‘girls’. And woe-betide any dog, cat or would-be predator that dared to get between him and his harem. Most of all, though, it was he and his subsequent offspring that encouraged what has since proved to be a lifelong love of chickens in general and bantams in particular.

R. I. P. Rasputin… and thanks for the memories!