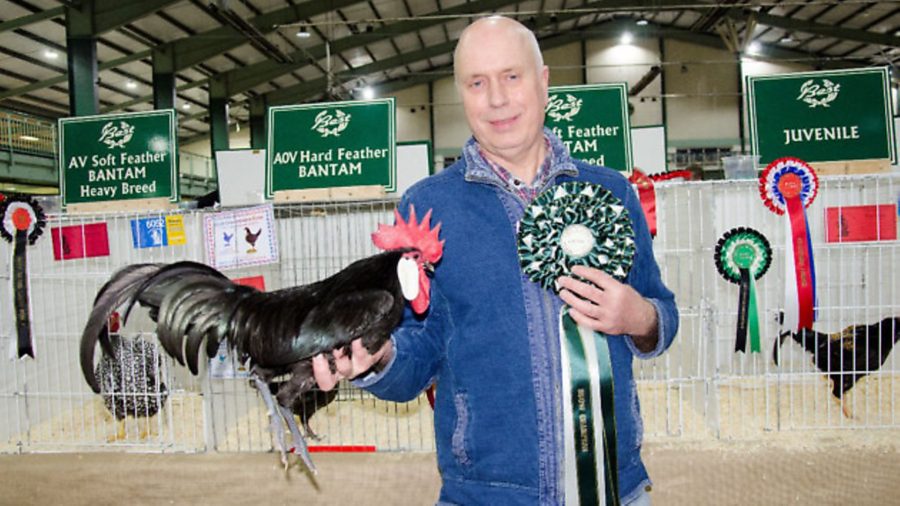 Poultry shows are being suspended in the wake of the outbreak of bird flu at a farm in Lincolnshire. The move will also hit poultry auctions and some other events

DEFRA had already declared a 30-day Prevention Zone on December 6 requiring all poultry keepers to keep their birds indoors or at least prevent them coming into contact with wild birds, which carry avian flu.

The latest move came in a statement from the Ministry. It said: “A temporary suspension on gatherings of some species of birds will apply across England, Scotland and Wales from today following a case of highly pathogenic avian flu of the H5N8 strain at a farm in Lincolnshire.

“Since the disease was declared on 16 December it has now been confirmed all 2,500 birds at the farm have been destroyed, the farm has been disinfected and there have been no subsequent cases reported, though restrictions around the site remain in place.

“The ban on gatherings applies to birds at higher risk of avian flu including chickens, turkeys, ducks and geese, and restricts events such as livestock fairs, auctions and bird shows.

“It is part of the Government’s robust measures to tackle the disease and reduce the risk of the virus spreading, which includes a requirement to keep all poultry and captive birds housed or otherwise separated from contact with wild birds and advice urging farmers and poultry keepers to ensure strict biosecurity standards.

“The ban on gatherings does not apply to pigeons or aviary birds which are at much lower risk of passing the disease to domestic poultry. It will be kept under review and may be lifted or amended if the risk level changes.

“Advice from Public Health England remains that the risk to public health from the virus is very low. The Food Standards Agency has also made clear bird flu does not pose a food safety risk for UK consumers. There is not anticipated to be any impact on the supplies of turkeys or other birds over Christmas.”

Chief Veterinary Officer, Nigel Gibbens, said: “While we have seen no further cases of bird flu following the outbreak in Lincolnshire, we must continue to be vigilant and do all we can to protect against this highly pathogenic strain of the disease.

“This ban on gatherings is a proportionate step that will help protect our farmers and bird keepers from seeing their flocks infected with this disease that can have a devastating impact on poultry.

“The risk to human health continues to be very low and there is no impact on the food chain, but infection at a gathering could lead to rapid dispersal of infection to kept birds in many locations.

“Our Avian Influenza Prevention Zone remains in place across the country and anyone who has regular contact with birds should stay alert for signs of disease, maintain the highest biosecurity standards and take all reasonable steps to minimise contact between poultry and wild birds.”

•Reducing the movement of people, vehicles or equipment to and from areas where poultry or captive birds are kept;

•Taking precautions to avoid the transfer of contamination by cleansing and disinfection of equipment, vehicles and footwear;

•Making sure that feed and water can’t be accessed by wild birds; and

Avian flu of the H5N8 strain was confirmed in turkeys at a farm near Louth in Lincolnshire on 16 December. Most birds at the premises died soon after contracting the disease and any remaining have now been humanely culled. A 3km Protection Zone and a 10km Surveillance Zone are in place around the infected farm to limit the risk of the disease spreading.

Poultry breeder and Country Smallholding and Your Chickens writer Andy Cawthray said: “It is a huge shame that in precisely two weeks we have gone from preventative measures taken as a precaution, to an outbreak of AI, albeit localised, and then to the inevitable ban on poultry gatherings such as auctions, fairs and exhibitions.

“It comes as no surprise and, whilst it is not something I would have wanted to predict, particularly at this time of year when we are only part way through the winter show schedule, there was always an air of closing the door after the horse has bolted given the announcement a fortnight back.

“That isn’t a reflection on the authorities, or those who have worked hard to come up with the most viable approach to the problem being witnessed on the Continent. It is instead a sad a reflection of where we are in terms of the knife edge of disease pervasiveness in terms of industrial scale global food production. A ban on poultry shows is minor collateral damage from which the hobby will recover. However, I suspect the same cannot be said of those producers whose livelihoods depend upon the livestock they grow for the food chain. The truth is the more uniform and clinical something becomes the higher the risk transmission and a total wipe out. If not, then there would be many more dead wild birds being found with AI across our countryside.”