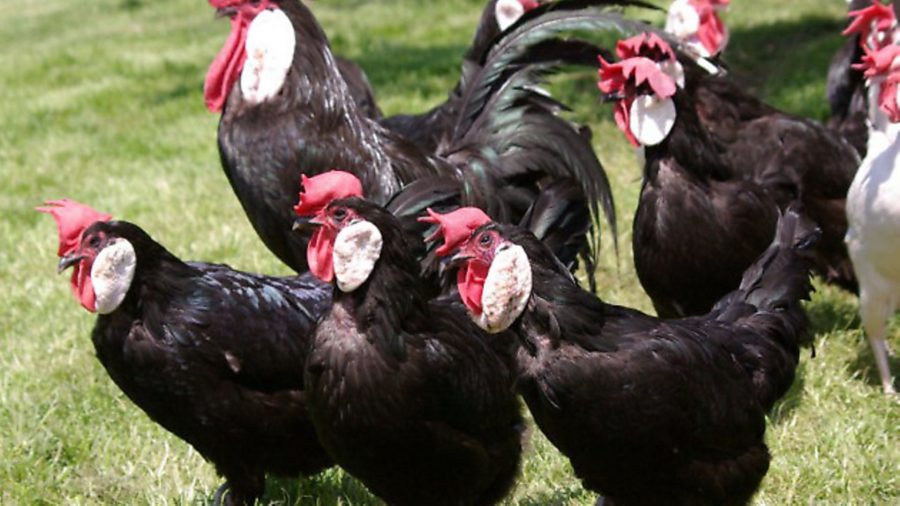 In recent issues we reported on the poultry pals’ visits to three leading breeders. This month they reflect of the lessons learned 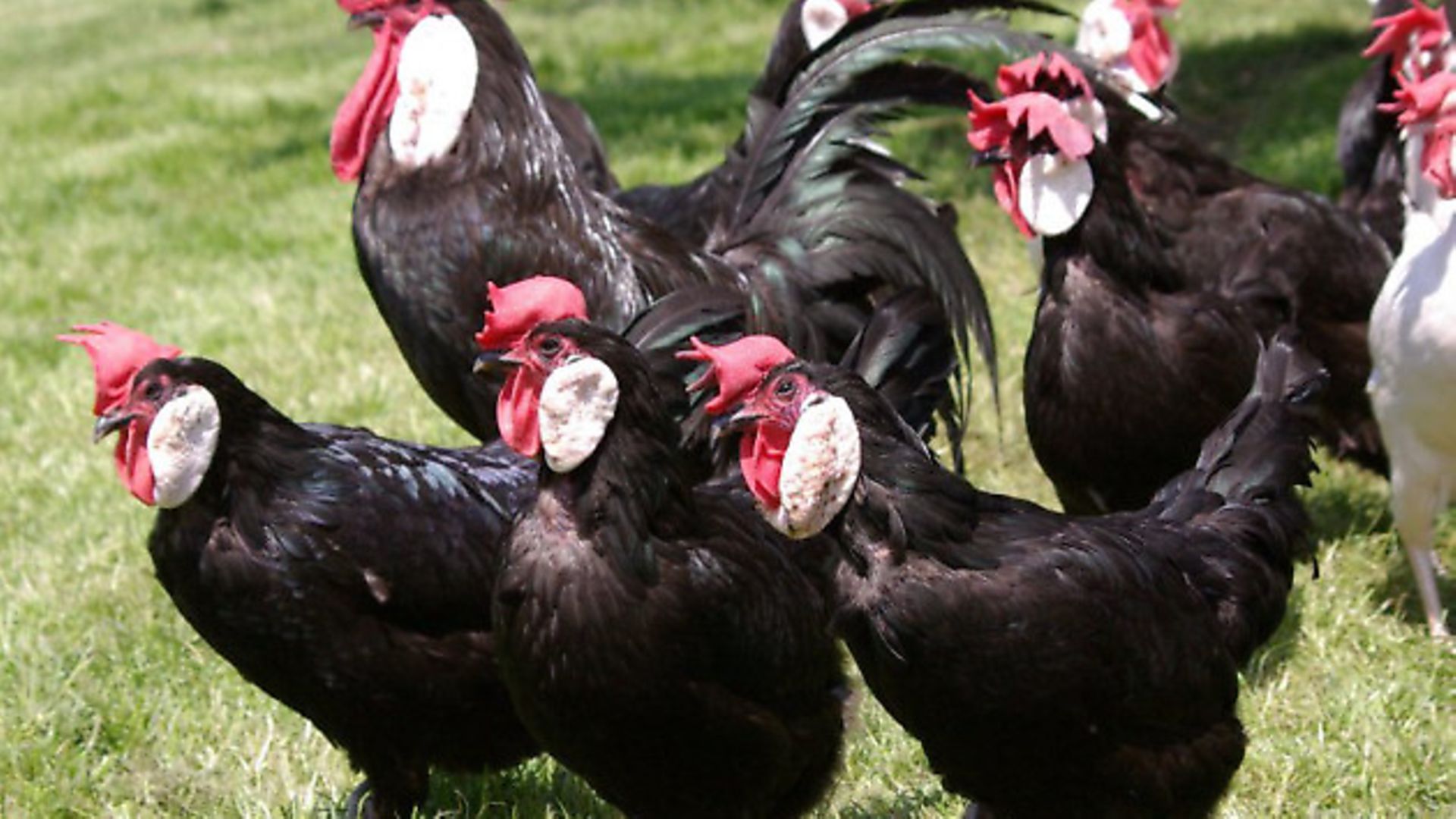 When I’m lecturing or teaching I frequently ask my students or listeners to reflect on what they have heard or experienced. I too take time to look back and cogitate. Let’s face it, if we never take time, how will we ever have time?

I apply this same philosophy to my poultry-keeping year. For many breeders it usually revolves around what successes they have had, what worked in the breeding pen and what didn’t, whether any efficiencies can be achieved, or whether some investment is needed. However, this last year – and in part due to the breeder trip Grant and I went on during the summer of 2014 – I find myself looking at a wider picture.

Visiting both Nick Bohemia and Nick Smith and getting lost in the magical set-up that is Rob Walker’s, was an experience I’ll not forget in a hurry. It wasn’t because of the manner in which they kept and cared for the preferred breeds, nor was it the beauty of the surroundings. It wasn’t even the poultry they kept, although the birds were impeccable examples of the breeds and the breeders’ skill.

It was because it was tinged ever so slightly with an air of melancholy for me. The dedication of breeders such as Rob and the two Nicks really does hang by a thread. They all do it for the love of the hobby and the love of the breed, and this unselfish contribution towards the conservation of some of our heritage breeds is in real danger of disappearing, and I’ll go as far as to say disappearing forever.

Nick Smith has made the decision to quit breeding large Light Sussex and by the time you read this his stock will have been dispersed. Rob Walker, whilst still very much championing the Minorca and its club, will no doubt be crossing fingers and toes that the coming season sees the breed generate some new interest and much-needed support from the next. And then Nick Bohemia, with the fabulous Dorking, who despite getting a flurry of buyers for his surplus stock towards the end of the year, will be hoping that wasn’t just a flash in the pan.

It was an absolute honour to have been welcomed so openly by these three devoted and dedicated poultry breeders and I am heartened by the fact that I know there are others around the country equally committed to the maintenance and upkeep of our pure breeds. The truth, though, on reflection, is that their kind is dwindling, and I can’t help but feel that in the near future we could well find ourselves needing to conserve the poultry breeder – and their skills – as well as the poultry breeds they keep, before both are lost. 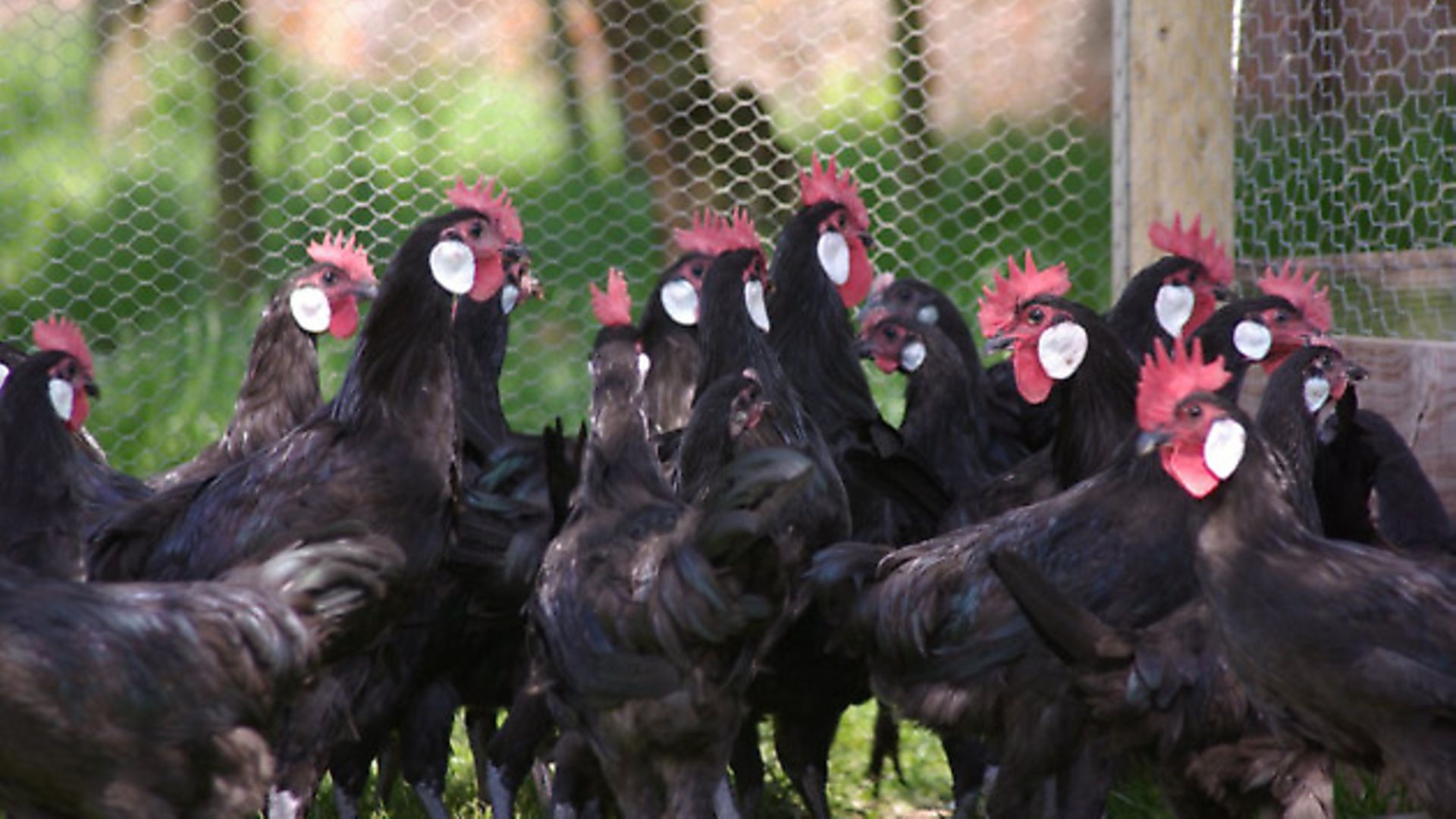 Although the three breeders we visited that day are at various stages of life, we felt very privileged to be in the presence of what we regard as ‘old school British breeders’ who all share a very similar mindset and approach to breeding.

The first point was ‘vaccination’ and how none of them vaccinate for any problems. It was a mutual consensus that wet-nursing stock has a lot to answer for these days. In the old days, poultry breeders wouldn’t dream of taking a sick bird to the vet, paying a consultation fee and then paying for medication on top. In what often comes in at over £70 these days (with the bird in question often not making it), breeders of yesteryear simply couldn’t afford that amount of money in relative figures; they knew that, in many cases, when you remove the bird, you remove the problem, but nowadays we seem to want to cure everything and then wonder why its offspring suffers with the same problem(s). One of the skills one develops as a breeder is recognising when a trip to the vets is absolutely necessary. 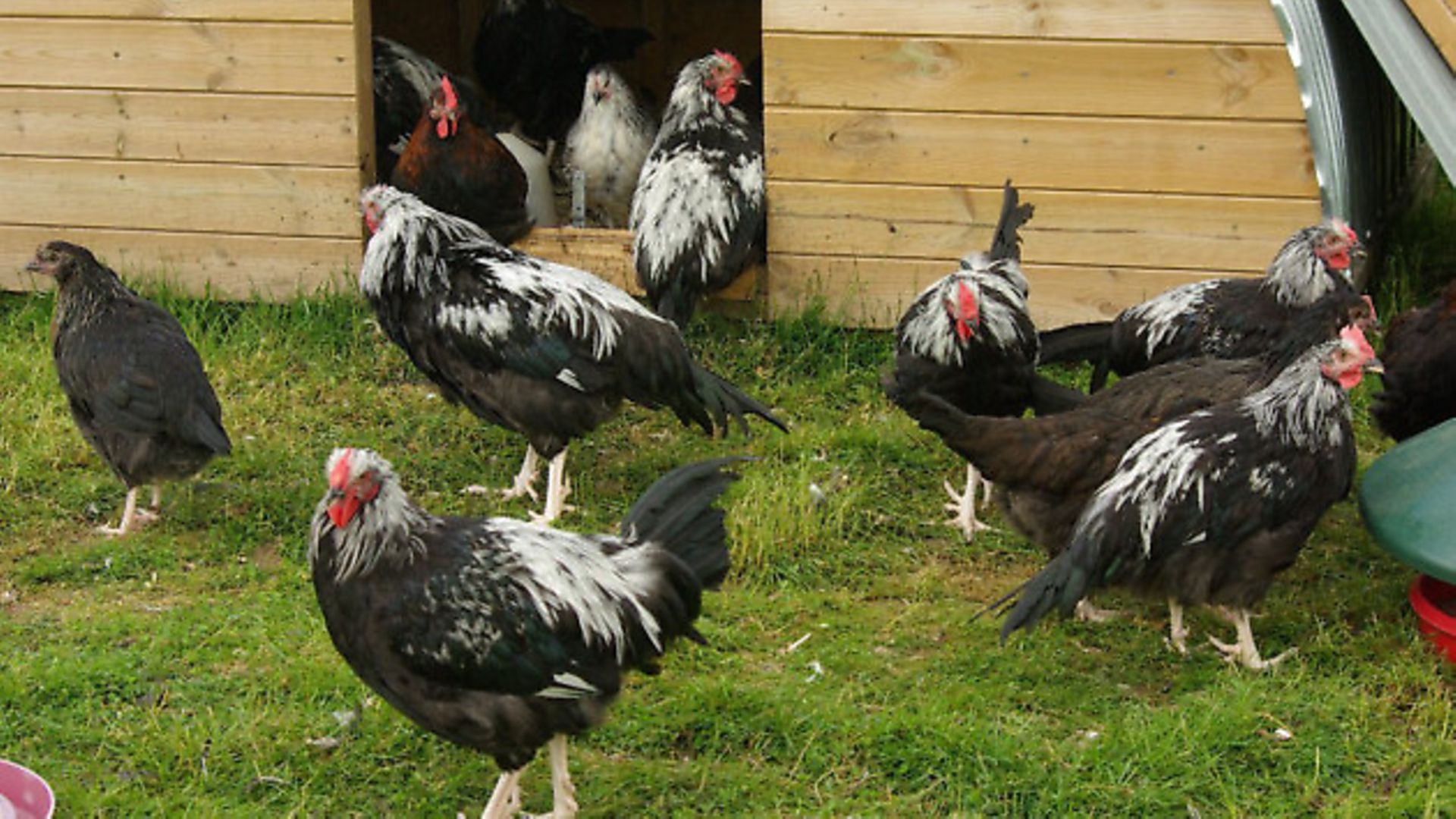 The other common quality possessed by all three breeders was that breeding for utility is just as important as breeding for looks. They all agreed that too many people these days just breed and show poultry for their own purposes and egos in the exhibition world, and that often little to no consideration is given to why the breed was created or the other attributes it should have. There is nothing wrong with breeding to win – it certainly helps to promote the breed if clean, quality stock is entered in what fanciers call a ‘shop window’ at agricultural shows, but people who do so should have some love for the breed and want to see it thrive.

One concern shared by all was the lack of serious breeders in their respective breeds. It was alluded to that many people just breed ‘blind’ from trios they have acquired from auctions, for example, and believe that ‘unrelated’ labels on pens are both true and a good thing. ‘Unrelated’ breeding birds will no doubt produce a degree of hybrid vigour in their offspring, but this is also attainable in a structured system of line-breeding, which was employed by all three breeders. And if breeding-birds are genuinely ‘unrelated’, it means that many faults can be thrown to the surface leaving the breeder with much work to do (or undo) in future.

But there remains a sense of optimism. Some breeds have seen a wonderful rise in support over the last few years, which include the Lincolnshire Buff, Booted Bantam, Appenzeller Spitzhauben, and German Langshan to name but a few. And as the preamble to the first of these articles alluded, ‘someone’ has to reproduce these pure breeds, so why not you? Much inspiration can be gained through looking at old prints and books, talking to fellow breeders/exhibitors at shows, and experiencing first-hand exactly how it feels to keep these [often ancient] pure breeds. A good start is to join the relevant breed club, source some good stock and then implement a structured system of line-breeding. Focus on just one variety and then all your resources will be to its benefit. Become known for that variety and you’ll soon learn and improve and feel your are playing your part in continuing the breed’s long history; this is a very rewarding part of the hobby! 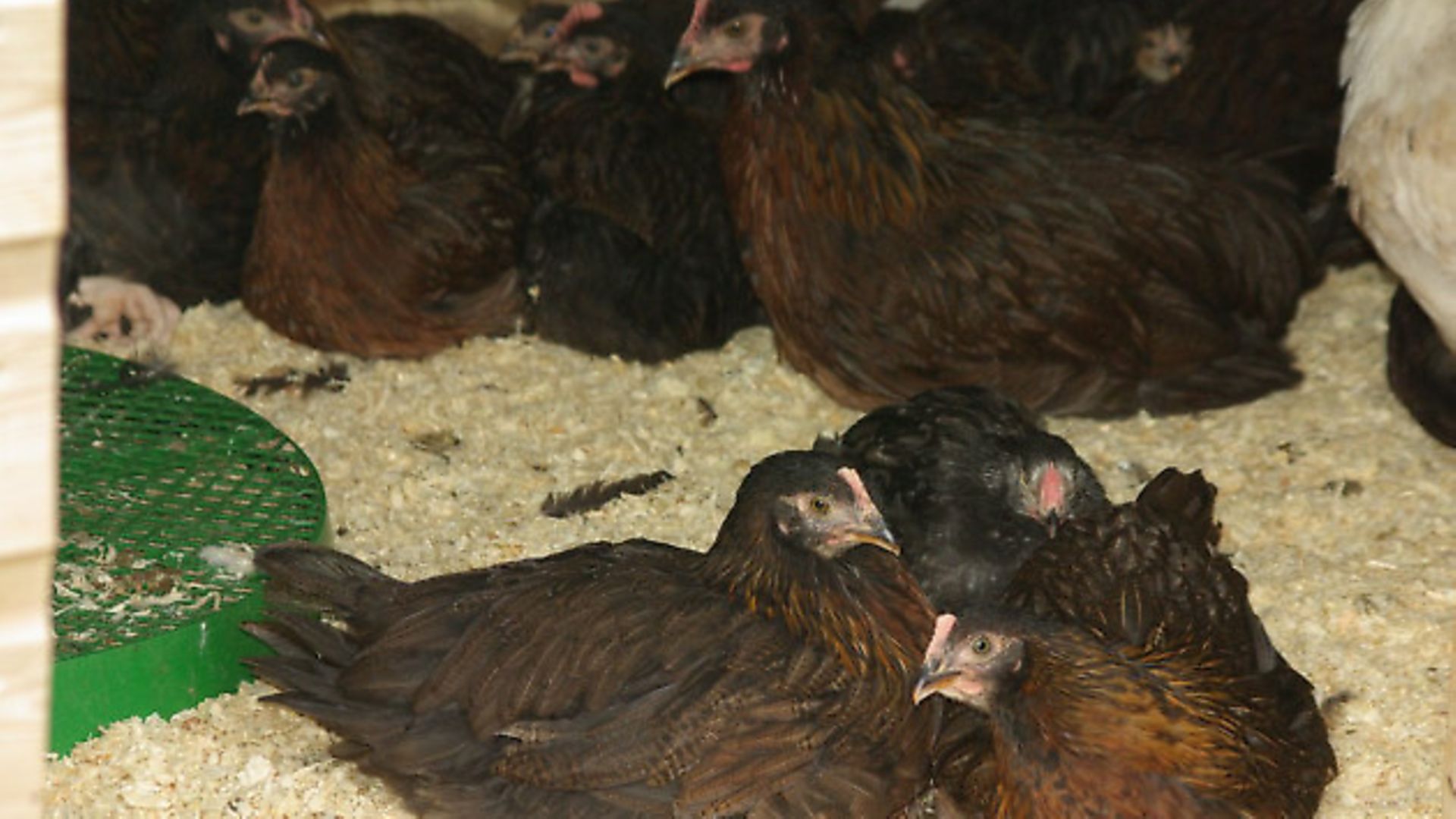