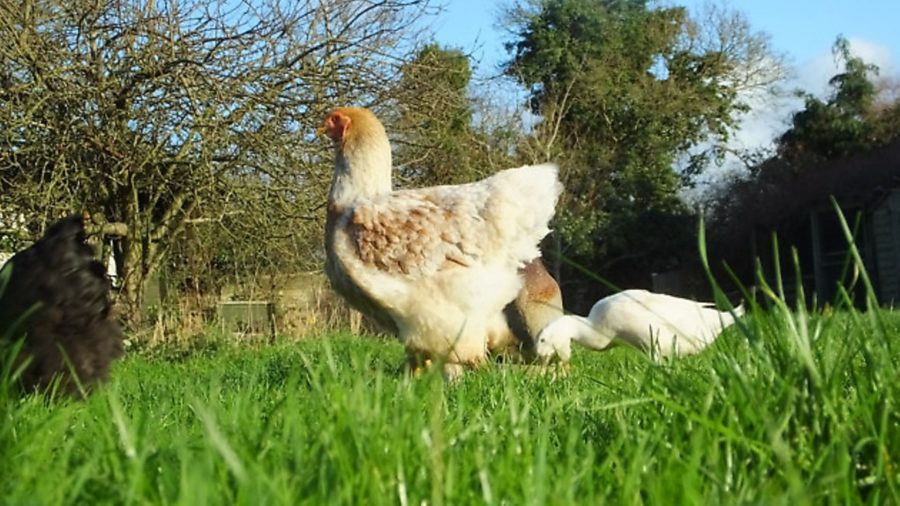 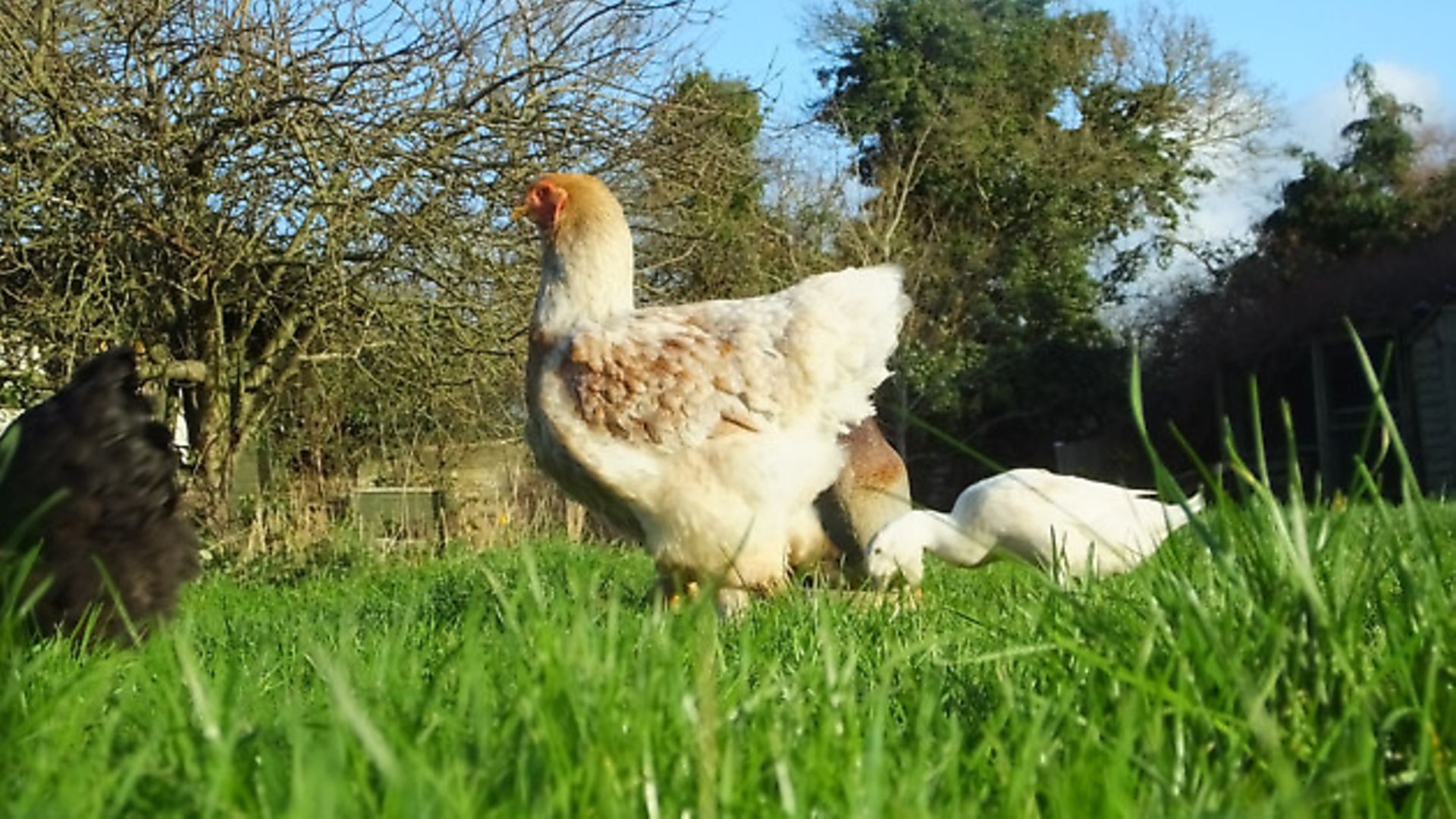 ‘Do your chickens have personalities?’

It’s a question that I’m often asked. People seem a little surprised to discover that they do, imagining that because they have little heads and, in relative terms, little brains, there’s no room for personality because the animals’ thought processes are focused on breathing and eating.

Take our quartet of Polish crested bantams: brothers Sarkozy and Wonky, and their respective lady friends Carla and Hestltina. Sarkozy is definitely an Alpha male. Bigger than Wonky, with showier, shinier plumage, he struts around with the confidence of someone who knows he is pretty much at the top of the social heap. There’s very little argy bargy with Carla, and the pair seem to get along well most of the time. Carla herself is a self-contained creature, and as bantam chickens go, quite graceful.

By contrast Wonky is much more skittish. This one time runt of the clutch is still an attractive bird, but he’s smaller and less showy, and seems to have more to prove than his male bimbo brother. This manifests itself in a mix of skittishness and aggression. The bantams live in two runs, and when the big chickens pay them a visit, Sarkozy will either engage in a little war dance or ignore them. By contrast Wonky frequently puffs himself up and aggressively patrols his enclosure, eyeballing the full sized birds in a ‘do you want some then?’ way, which is ridiculous as they would soon sort him if they met him on neutral territory.

This ‘little man’ syndrome seems to extend to his relations with Hestltina, his girlfriend. There’s something slightly downtrodden about this animal, who finds his conjugal demands rough and irksome. During the summer her ‘get off, will you?!’ shrieks regularly fill the garden. This sort of animus is very rare with her neigbours.

As for the bigger chickens, Priscilla the Brahma is an extrovert, who has discovered that latching on to human beings when they visit the garden is often a good way to get extra food. She’s also developed a technique of almost getting under your feet to ensure that she has your attention.

Her cohorts Snatchit and Slasher are respectively a bit standoffish and extremely shy. At mealtimes Priscilla will enthusiastically eat from my hand as Snatchit hovers a few feet away and makes occasional darts at the grub, and Slasher keeps her distance until the unwanted human presence withdraws and she can assert her authority and eat what she wants.

On rare occasions she will take food from my hand too, but when this happens I have to stay stock still as she diffidently pecks. As for Hadron and Collider, the jury is still out on their personality traits, but Hadron seems less flighty. She’s a stolid creature and certainly isn’t prone to the shrieking, wing flapping hysteria to which Collider is sometimes prey. This could change as she ages. The recently departed Squawks arrived as a total airhead, but spent most of her life as a feather clad grump, proof that chickens can have more than one personality.