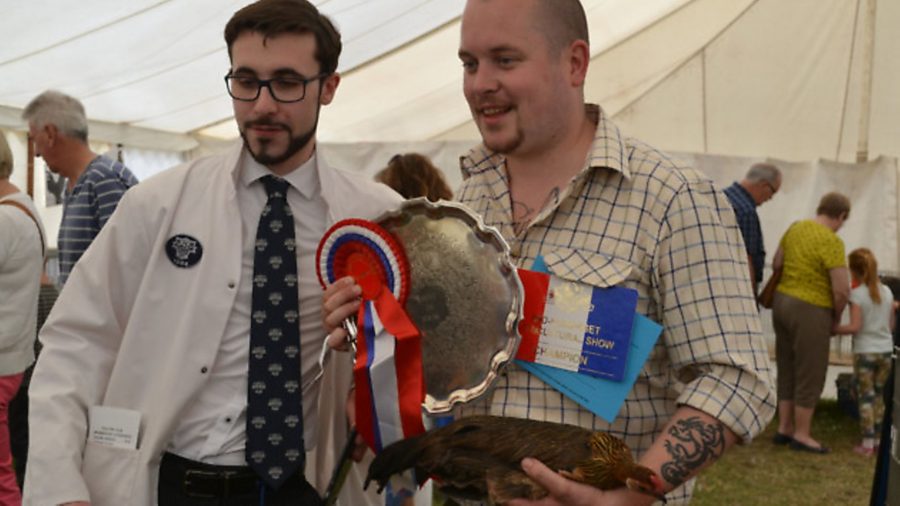 Jodie and her chicks prove a hit with the children

In last month’s Your Chickens I wrote about my hen and chicks from the market. Jodie and her chicks came with me to the Mid Somerset Show and were a great success. My son, Hamish, came too and was a much needed asset. We set up in the Poultry Tent and were in constant demand with lots of young people wanting to hold Jodie’s chicks and Hamish did a sterling job managing this while I displayed my books and talked to the general public about the joys of keeping chickens.

An informal poultry show was taking place and all sorts of birds were being shown including hybrids, pure breeds and ducks. Those who entered their birds were a mixture of hobby breeders including a number of youngsters as well as established show breeders. The best in show was a Yokohama, owned by Matt Clifton. He specialises in long tails and game breeds. His black-red Yokohama won because it was an excellent example of the breed with a length of tail rarely seen. 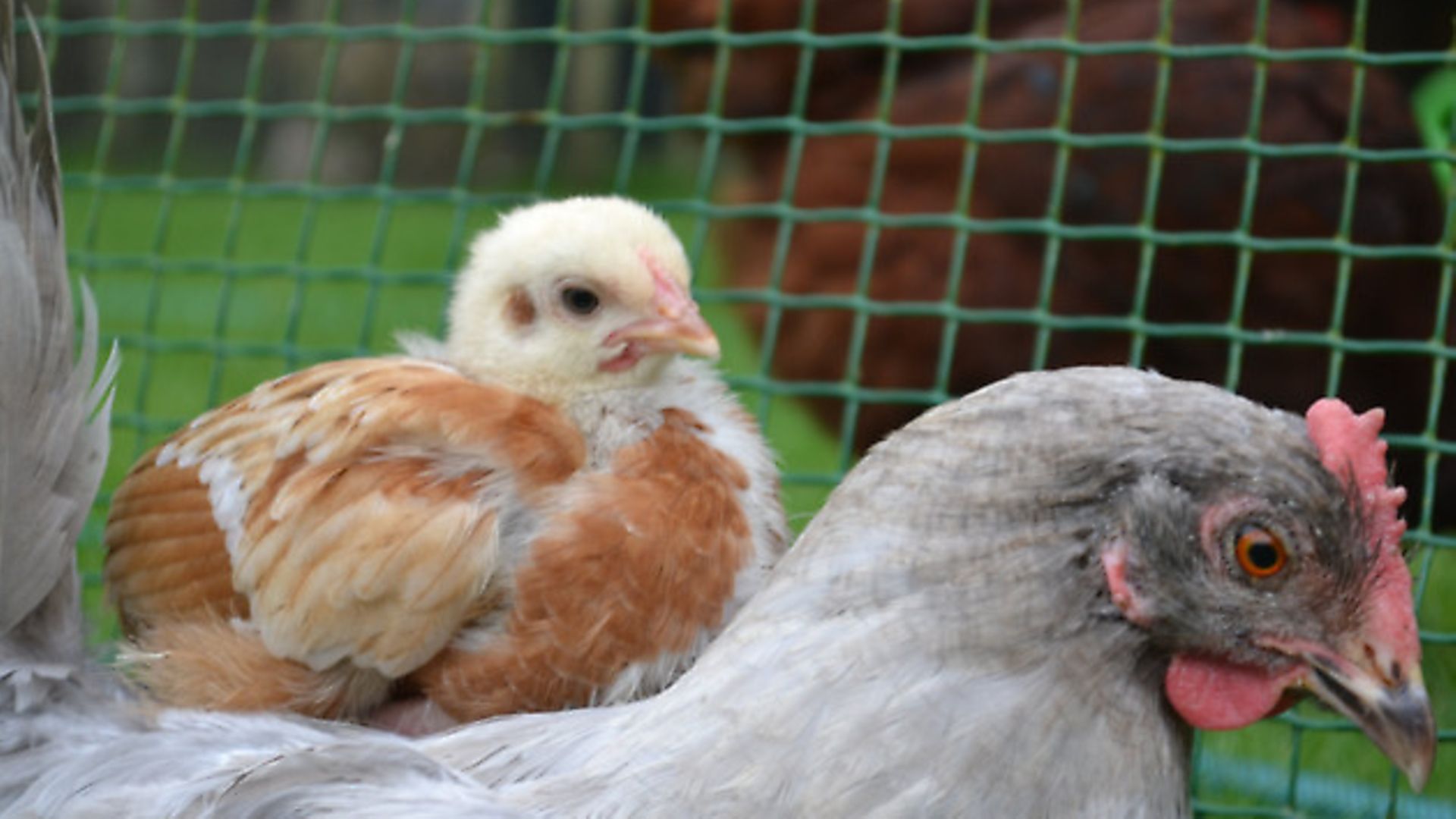 This is a Japanese game-type breed. The cockerels have very long tails with the longest recorded being 20 feet. Hens are light-looking with small heads; they are not good layers and eggs are whitish. Yokohama can be black-red, golden or silver duckwing, red-saddled or white.

The girls take a break

Egg production has fallen back dramatically due to hens going into moult and taking a well earned break. However amongst my flock I get some good layers who will go into moult late in the season, even sometimes in mid-winter. With any luck a few of the early moulters will, after renewing their feathers, lay a few eggs over winter such as my speckled Sussex and a few of my Maranses. 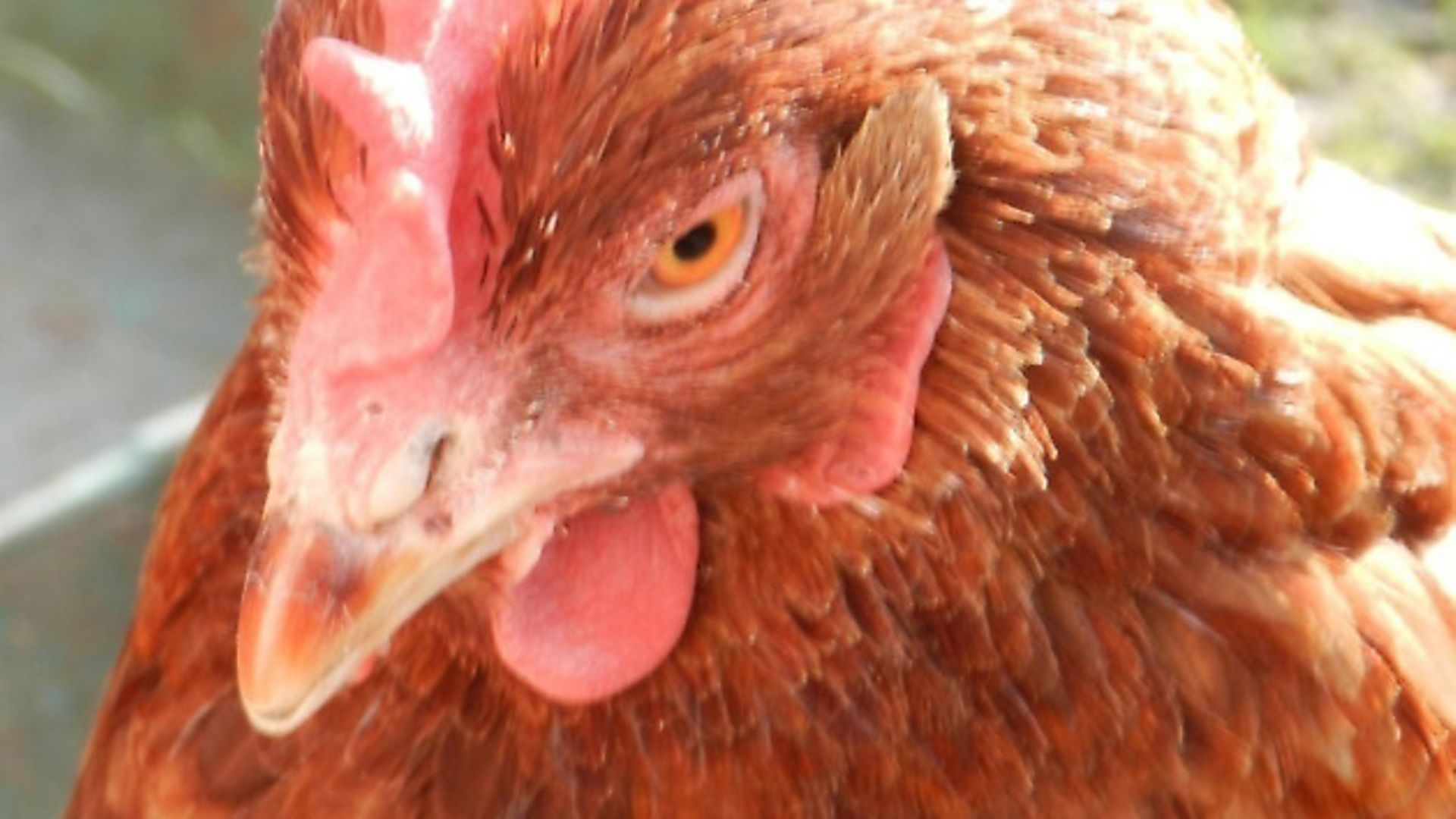 I now fear that my black-red Araucana is a cockerel which is devastating as it was the only one that hatched and survived out of three. Likewise my wonderful Fayoumi has turned into a cockerel! I tried breeding Fayoumis a few years back and got three cockerels so luck doesn’t seem to be on my side. I will now have to wait until next year and try again for a Fayoumi hen.

The tip of a hen’s beak is sensitive and tends to be quite sharp; it is important in foraging when pecking the growing tips of grass and pulling worms and other grubs from the earth. An interesting fact is that with yellow skinned hens such as Rhode Island Reds or Welsummers, the yellowness is stored in the beaks as well as the legs and skin. This yellowness (xanthophylls) gradually fades as it used to help makes the yolks of the hen’s eggs lovely and yellow. If you have hens that are confined sometimes the upper beak can grow overlong and you may need to cut it just a little – the bit that needs to be cut back is usually an obvious lighter colour. You can snip it off with a pair of dog nail clippers. Beak tipping is different and is a commercial practice carried out on caged hens as well as some free range flocks. An infra red light is used on the tip of the beak and the procedure is carried out on day-old chicks. The top beak is therefore shortened leaving the bottom beak sticking out. This procedure is carried out to stop intensively-reared hens from pecking and harming each other. The beak does not grow back and remains blunted.

The story of the headless chicken has reared its ugly head again…after 70 years! The BBC has recently revisited the strange story, with Troy Waters, the great grandson of the chicken’s owner, explaining what happened: In 1945 a Wyandotte rooster was living in a backyard in Fruita, Colorado. Mr Olsen was sent out to kill the rooster for dinner. He used an axe to behead the cockerel but the execution did not quite go according to plan. The rooster staggered around but did not die. The next morning the rooster, called Mike, was still alive and Mr Olsen decided to work out a way to feed and water him. He used an eyedropper to give him grain and water. He then took the cockerel to the University of Utah and was told that the axe had missed the jugular vein and a clot had prevented Mike from bleeding to death. Although most of his head was now missing, most of his brain stem and one ear had been left on his body. Mike lived for 18 months, growing in size and weight to about 4 kgs was taken on tour and people paid to see him. Then one night Mike started choking, and Olsen did not have his eyedropper to clear his oesophagus, so was unable to save him. Mike’s life is still celebrated in an annual festival held in May in Fruita. Dr Tom Smulders, a chicken expert at the Centre of Behaviour and Evolution, Newcastle University thinks that it is strange Mike did not bleed to death. However existing without a head is possible because most of a chicken’s brain is at the back of the skull (thought to be the brain stem 70 years ago) and he estimates that 80% of his brain by mass including the parts that control the body, heart rate etc remained untouched. The axe cut off his beak, face, eyes and an ear but that was all.

Troy Waters thinks that Mr Olsen tried to replicate this same result producing another headless chicken but never managed it; others tried too without success!