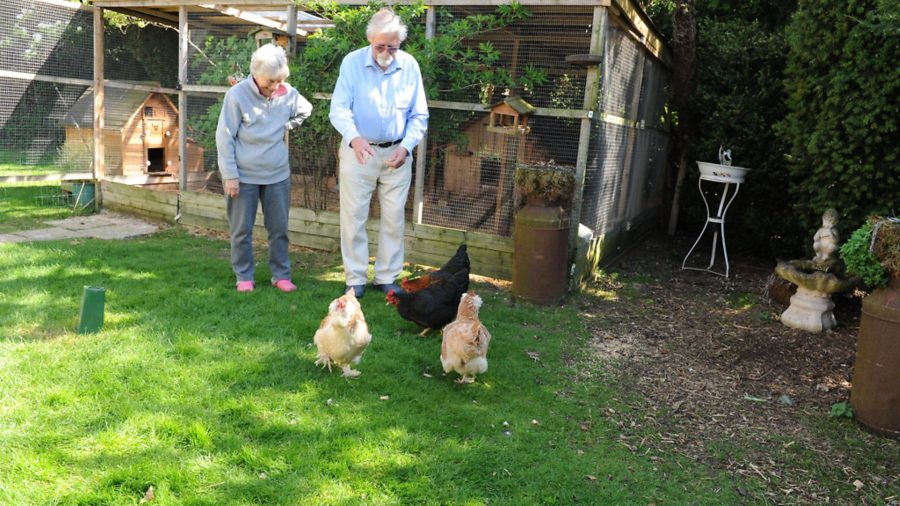 When Shirley Williams and her partner Rodney Sutherland moved home they got more than they bargained for. The bungalow came with a flock of chickens!

The couple moved from Kent to a Cambridgeshire village to be closer to family and the sellers of their new home were moving abroad.

“They bred all sorts of birds and cats, so a lot of the house and garden were designed for that in mind, with chicken runs and sheds,” said Shirley.

“They were moving to France to get more land and were taking everything with them except the chickens. When they said they had to find a home for them we decided to keep them.

“They also offered us two pheasants! By the time we moved one had died so we ended up with six chickens and the one pheasant.”

Rodney said: “Neither of us had kept chickens before, but one of our neighbours was used to looking after animals of all kinds. She was a great help and still feeds them if we are away.

“We have lost one of the chickens this past year but we have no idea what the breeds are or how old they are. We have spent the past year sorting out the garden and have fenced off an area for the chickens.”

Shirley says her five-year-old great-grandson, Jack, loves to see the hens. “He loves to come over and help clean out their enclosure and collect the eggs. He tells his mum that he earns pocket money from doing it. He only lives five minutes away so it’s easy for him to visit.

“He has named them all and, although he knows they are girls, he has still given one a boy’s name!”

“We usually get four eggs a day and give some to family and friends. There is nothing like them with their bright yellow yolks.”