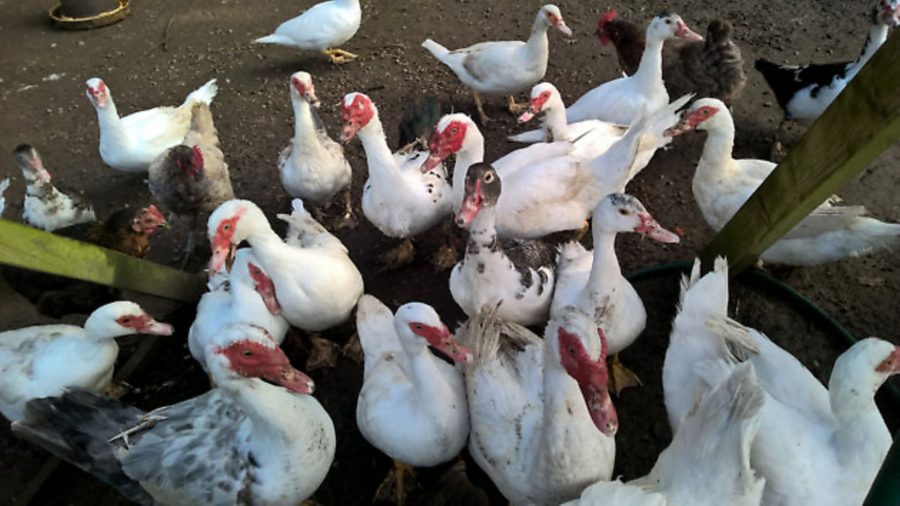 Janine Marsh reports on her French hens: The girls are swooning over new cockerel Gregory Peck II, but a rival rooster is not impressed 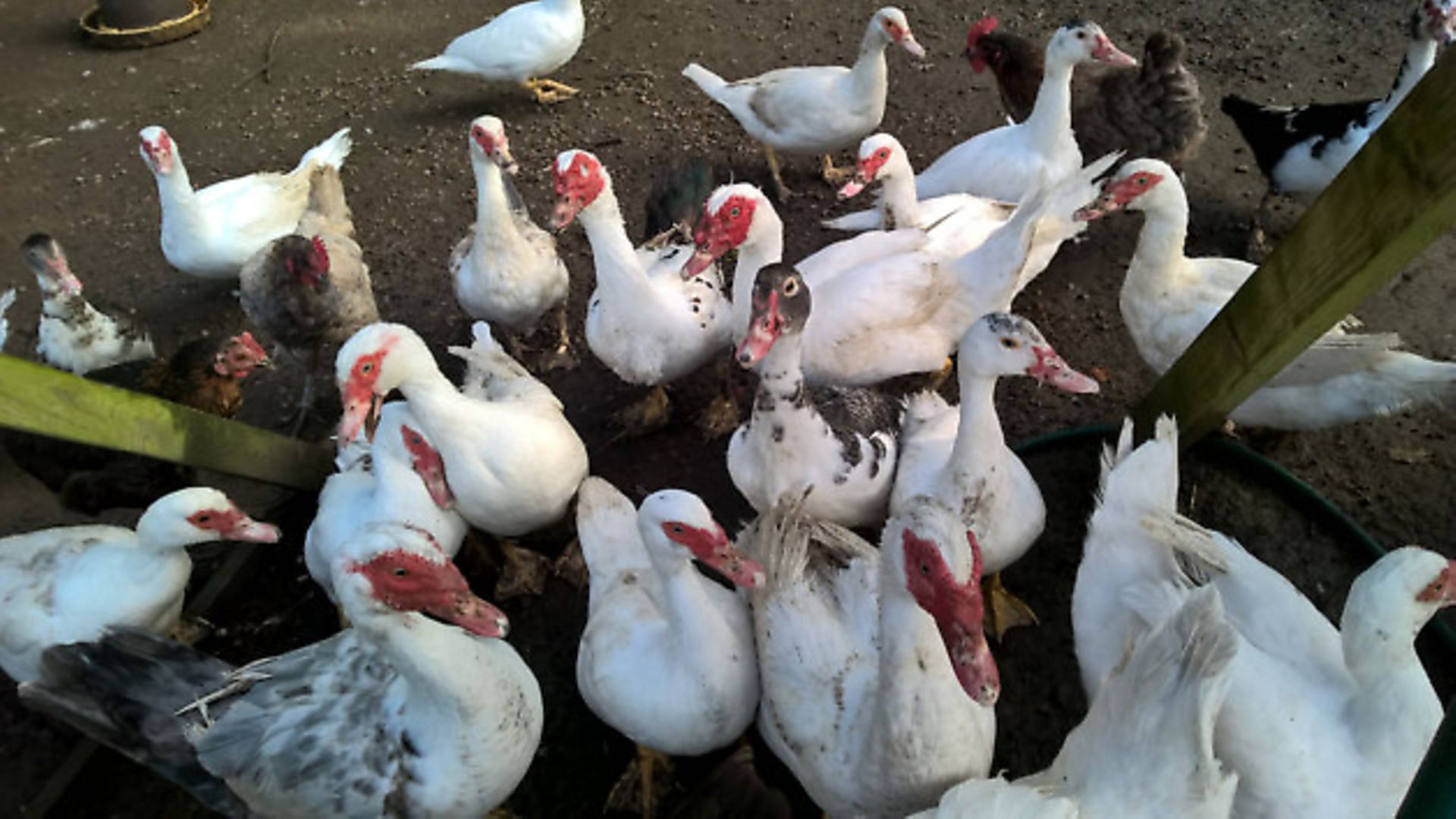 I’ve been trying hard not to grow my rather large poultry flock any more this year. I started with six plump white Orpingtons bought at a street market in Montreuil-sur-Mer, close to where I live in northern France about four years ago. Since then I’ve taken in some ducks and geese and a few more chickens from neighbours. They’ve bred and somehow I now have 70 of them! Feeding time in the pens has become somewhat frenzied as they surge towards me and try to climb into the food bucket, peck at my legs and generally act as if they haven’t been fed for a year.

I keep the geese in one pen on their own on account of the fact that they are not greatly friendly birds and they are very territorial. Their pen backs onto the field at the bottom of the garden and they make quite good guards, honking at every tractor that goes by. There is a nursery pen, which is currently occupied by a duck and her almost grown-up duckling that has something wrong with its wing, so it’s time out for them while it recovers. There is a pen which is home to half the ducks and chickens who are led by Kendo Nagasaki, a very beautiful Japanese cockerel. The other pen is where the remaining birds live. It used to be managed by cockerel Gregory Peck but he went off to the great coop in the sky a while back and since then it’s been controlled by Wanda the bossy Cream Legbar.

This week a neighbour turned up and asked me to take in a cockerel that was being bullied by her other birds. Of course I said yes – after all, what’s one more when you’ve got 70 (hmmm is that how I got into this position in the first place?!).

So Gregory Peck the Second arrived in a big cardboard box. He was fairly subdued and very attractive. He has long black glossy feathers with tips the colour of ripe conkers and pine tree needles and he has a huge red wattle under his chin; it’s so long it gets in the way when he eats.

I kept him in a big run in Wanda’s pen for a few hours and let him out that night as he’s used to sleeping high up in a barn and I thought he might get stressed if he was kept at ground level. He was straight up the ladder and into the coop with the girls.

When I went down the next day he was strutting around and the girls were cooing and clucking all over him, including Wanda. Even Dickie Duck and his harem seem to have accepted him immediately. Gregory Peck II is the darling of the pen and watching the females all going gaga for him reminded me of a Julio Iglesias concert in the 1980s. (It was work. Honest.) When he let out the most almighty, and very deep toned, cock-a-doodle-do the girls were swooning at his feet but next door, Kendo Nagasaki was enraged. He crowed back, a rather high pitched affair. Gregory Peck II responded and they’ve been at it for the best part of a week now. Never a dull moment here in the ‘middle of nowhere’ France.