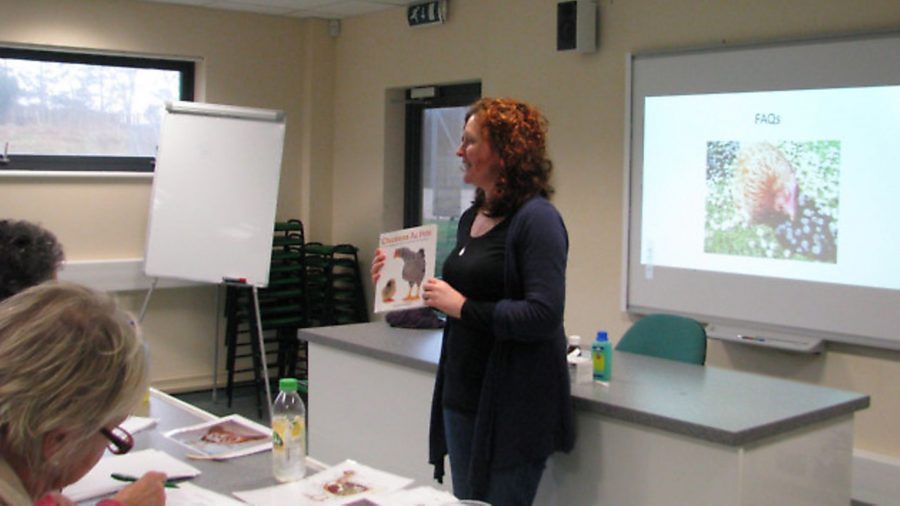 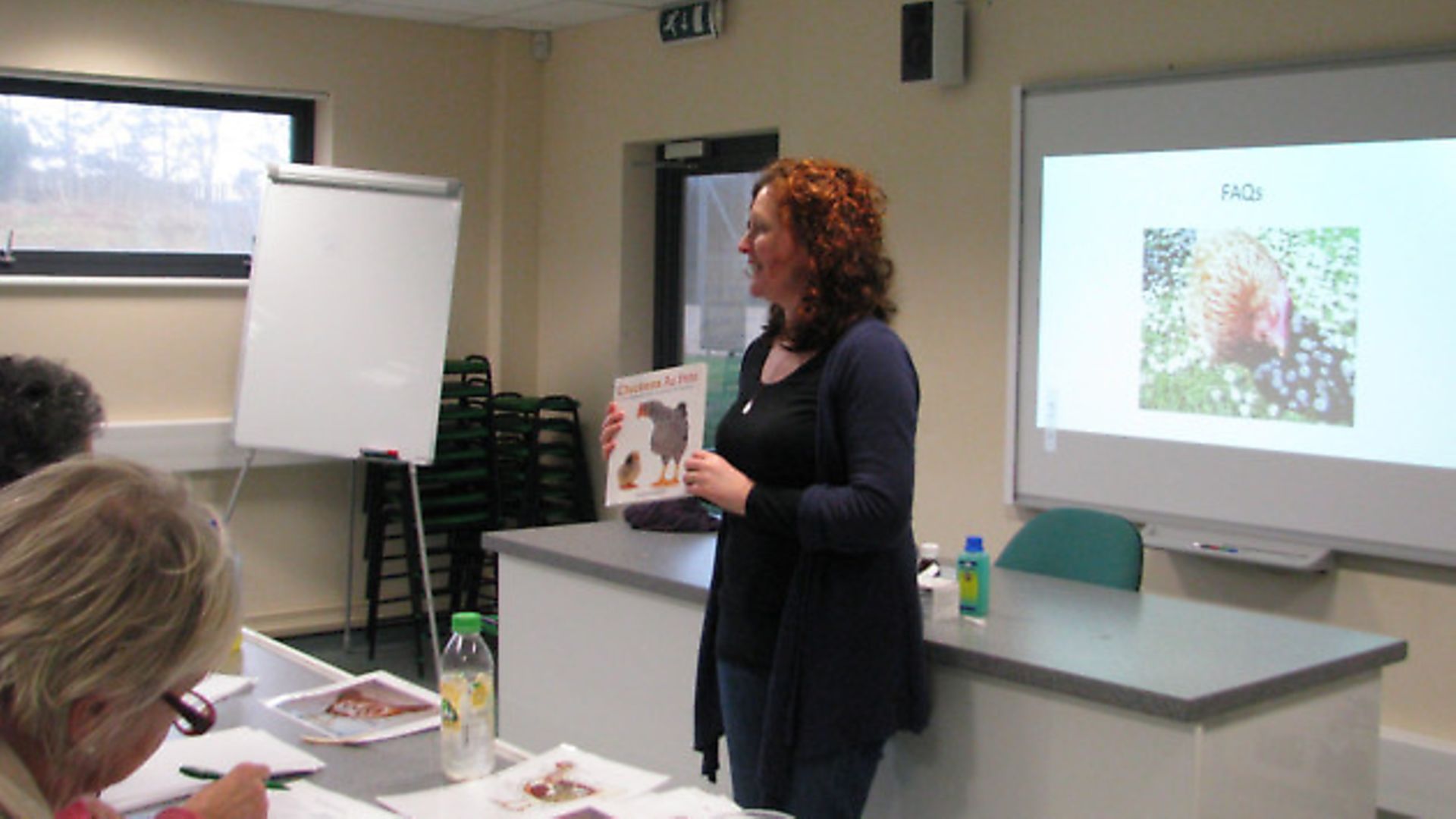 My beautiful girls and I have recently run a workshop entitled Keeping Pet Chickens. It was our first ever course and we were all very excited about introducing new people to the wonders of chicken keeping as well as being able to enthuse about ex-bats to a ‘captive’ audience!

However a couple of things were blighting the build up to the big day. Firstly my nerves. A childhood stutter had left me with an abject terror of public speaking – something I decided needed to be overcome if I was to spread the chicken keeping word. However, the main concern was the identities of our show hens. Flora-Jayne was perfect for the role – with her floppy comb, frilly knickers and sunny personality – but increased numbers of attendees meant that a second show hen was required. Dorothy-Kate, my bolshie top girl, had the perfect attitude to handle ‘her public’, so was the obvious choice to be Flora’s sidekick. However, in the week leading up to the course, Dorothy was unwell with an impacted crop and it was touch and go whether she would be able to attend. So auditions for an understudy took place; but nobody was very impressed at all about being handled more than usual and when it mentioned in the job description that there was be a knicker and vent inspection on the day, then all potential candidates immediately withdrew.

So I was immensely pleased when Dorothy-Kate did what ex-bats do so well and rallied against the odds, returning to peak fitness much quicker than anticipated.

The morning of the course, saw me somewhat of a gibbering wreck but I managed to string enough sentences together to keep the attendees happy. We were after all, merely building up to the day’s Main Event, namely the arrival of its two stars. The girls were chauffeured to the classroom and arrived amidst a blaze of ‘oohs’ and ‘aahs’. They instantly captivated the room, allowing themselves to be picked up, cuddled, gently prodded and even let the infamous ‘vent check’ go by without event. Flora stood very still while her wing was being clipped and even posed for a brief photograph. By the time both ladies were taken away by their chauffeur, they had six new and rather besotted fans.

The girls had done their job splendidly; promoting hens, and ex-bats in particular. It is a very important message they are both helping to spread and I am extremely proud of them.