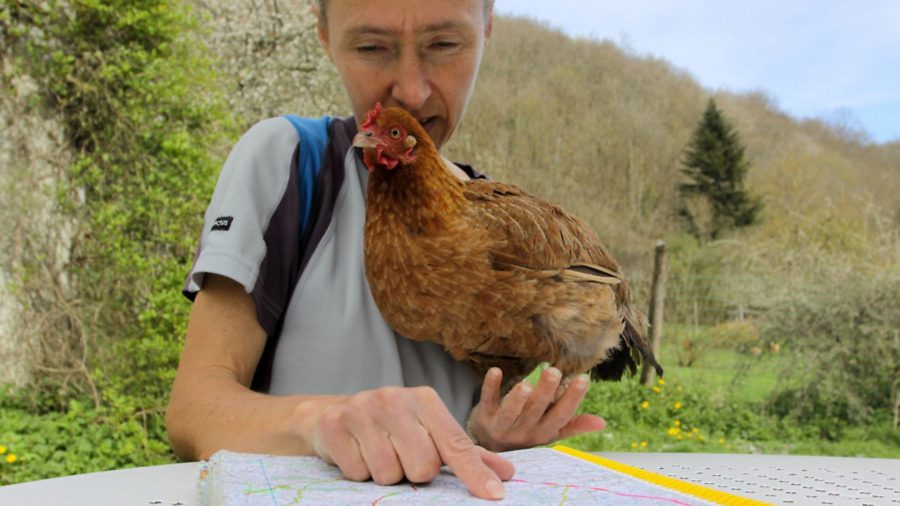 If you have to move your flock, Julie Moore has some practical advice 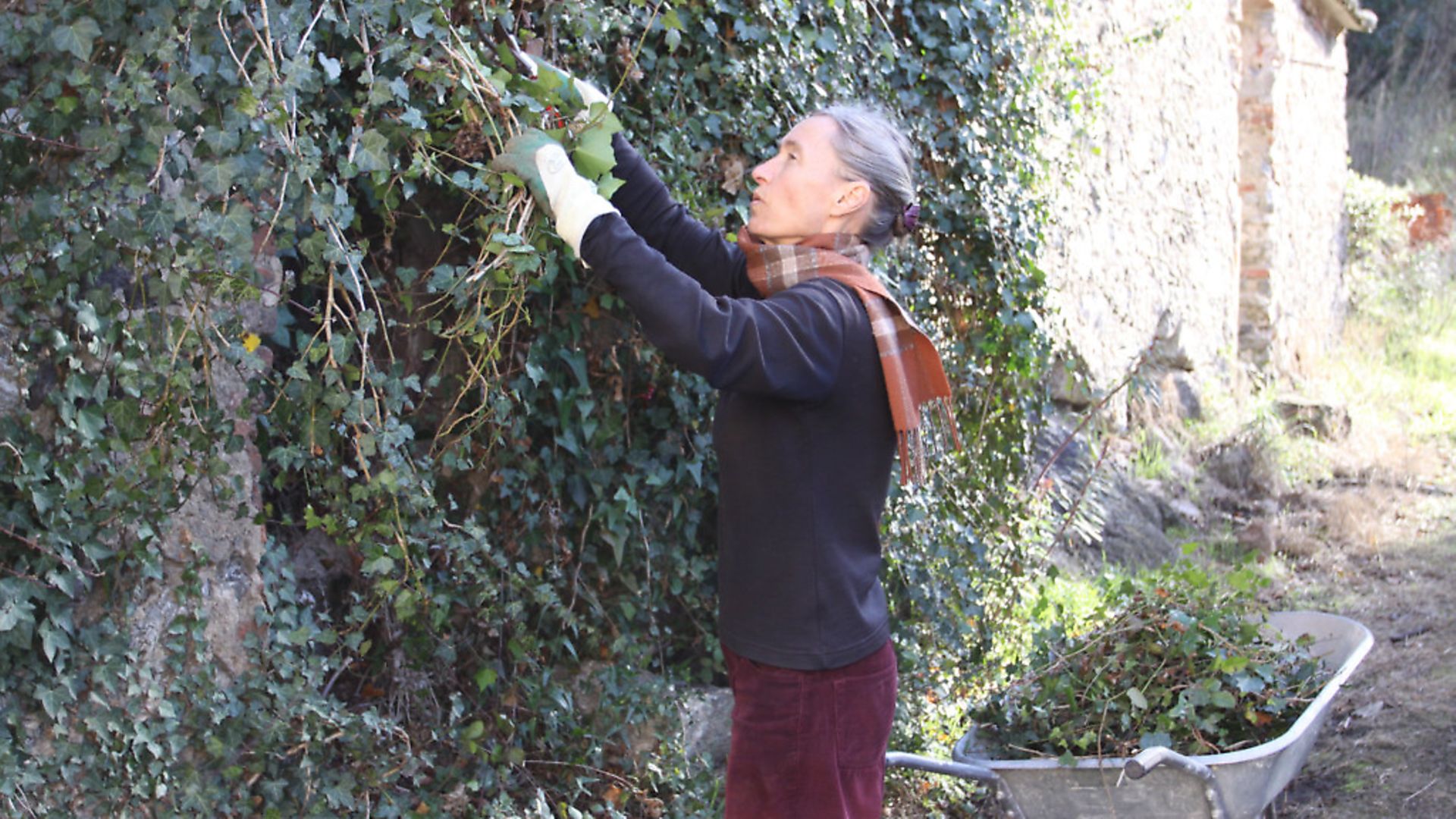 Moving house is well known as being one of life’s biggest headaches. But having to move your entire flock as well adds a whole new dimension to the already numerous challenges.

Whether you are moving from one end of the country to the other, just a mile down the road or even cross-border, planning your move carefully for the comfort and safety of your flock is paramount. Your challenge is to move your chickens without causing them significant stress.

There is little doubt that stress can kill weaker or flightier chickens as their heart rate soars or they panic and fly into something.

Additionally, any disease that may have been dormant is likely to reappear after a stressful event, such as moving, so be extra vigilant as your flock settles in to its new surroundings. 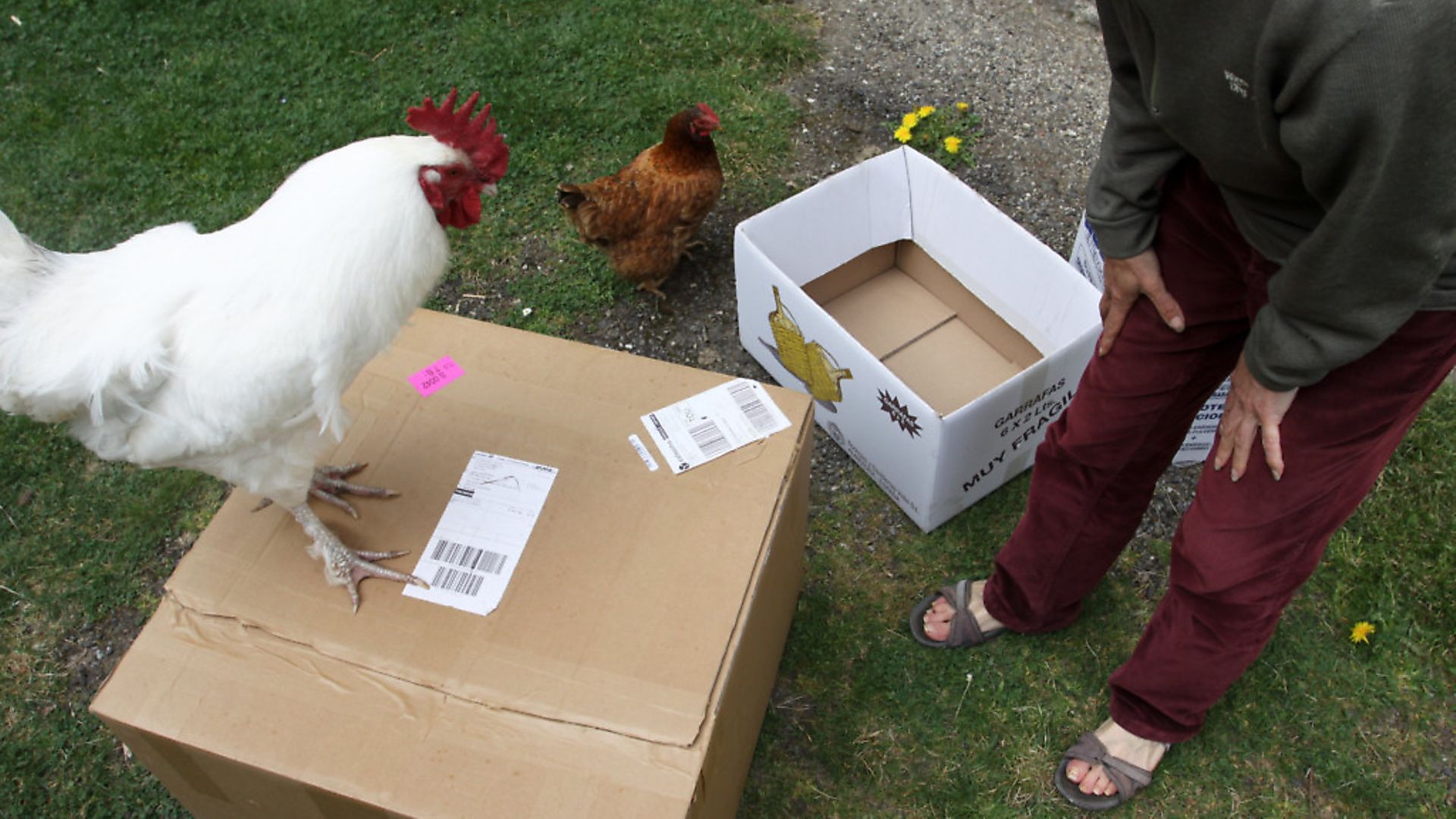 Ready for the road

When the time came for me and my partner, Lee, to move, having already purchased a new home several months beforehand, Lee valiantly renovated an outbuilding that would become the two new Chicken Cottages.

Before you move your flock, it is imperative that you have somewhere safe for them to live at the new address, even if it is only temporary until permanent housing has been constructed. At the very least, they will need a secure, predator-proof building, a roost, a feeder and waterer and a nesting box. 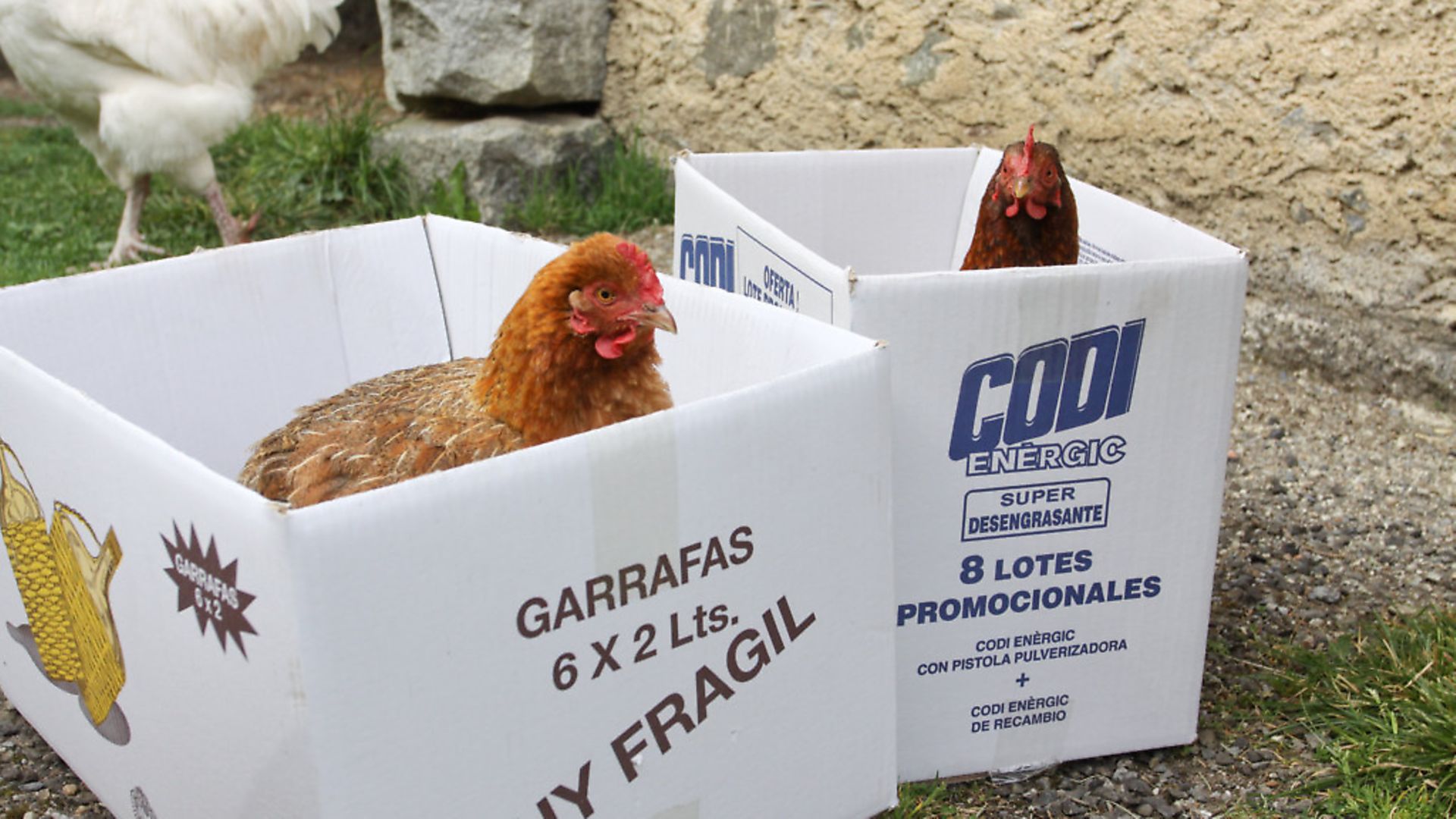 Before the move, I carefully planned my route to avoid unnecessary winding country lanes, keeping to the main roads and dual carriageways wherever possible.

Given that I had an eight-hour drive ahead of me with three roosters and 13 hens, I decided to make the journey overnight. This was actually less stressful for my flock as chickens are naturally inclined to rest at night, thus lessening the impact on their natural diurnal rhythms. I encountered less traffic driving at night and there were no delays, making for a smoother ride. As an added bonus, I didn’t have to worry about food and water until the following morning.

It is essential to plan the time of day you intend to move in advance. If you move in the early morning or evening, it is likely that you will be able to take the birds from their roosts, minimising stress. But how will you catch your feathered friends if you move later in the day? Chasing birds to catch them just causes extra stresses.

I collected enough cardboard boxes for my birds beforehand — the boxes were large enough for the hens to stand up in and turn around. 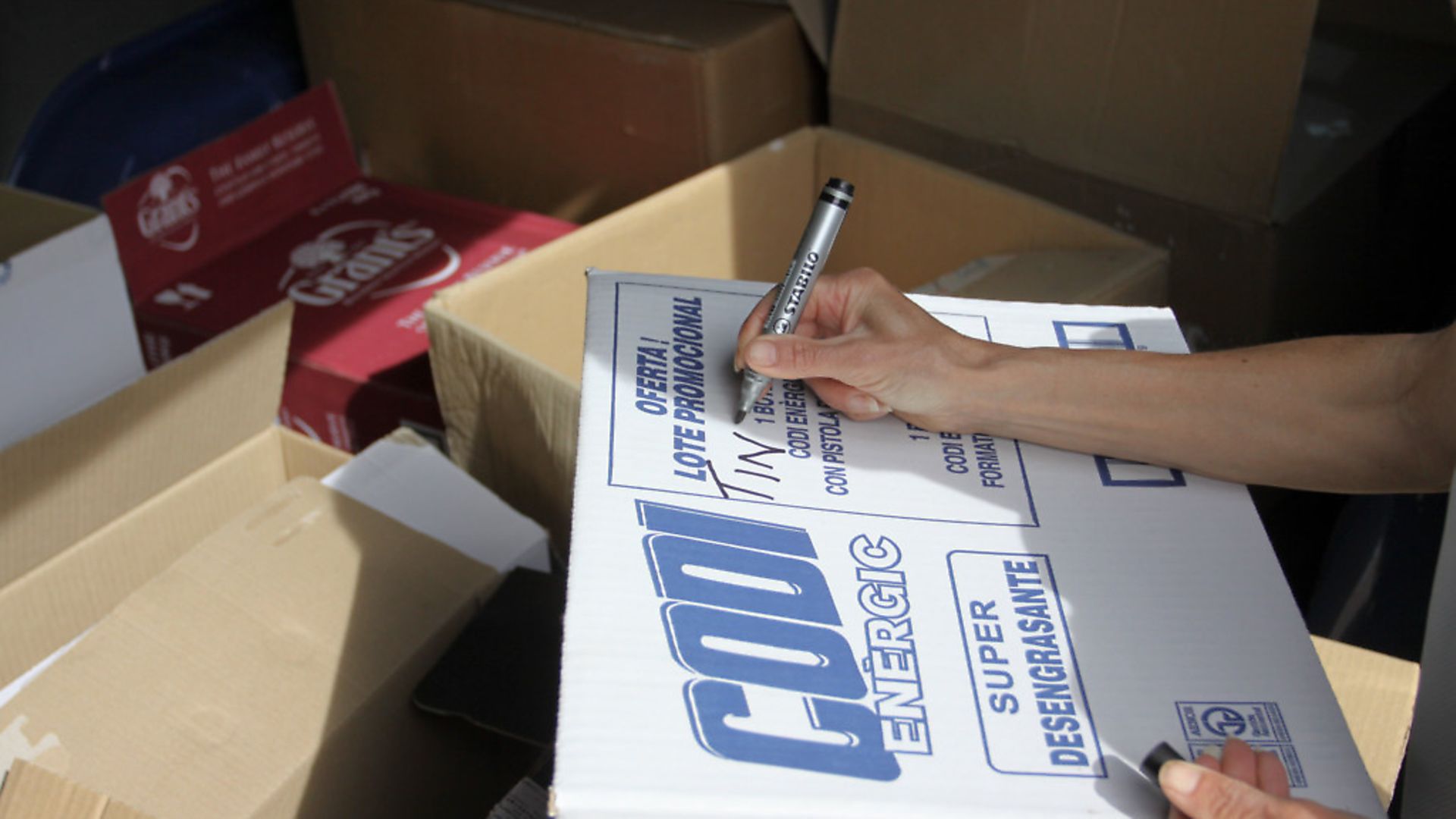 I punched out holes for ventilation and lined the boxes with newspaper and wood shavings. After the move, the cardboard boxes were shredded and added as browns to my compost bin. You could also use wire dog crates or rabbit cages lined with newspaper or straw.

I laid out the boxes in the van to ensure that there was enough space for everything. Writing the names of the chickens on the boxes meant that I knew which coop they would be delivered to, thus avoiding any confrontation between the two alpha roosters. It also enabled me to pack and unpack the chickens in the correct order.

My two alpha roosters were paired with their respective top hens. I paired several other hens with the same temperaments together as well.

The remainder of the flock travelled solo in individual boxes. You need to use your judgement in choosing travelling companions, particularly if you have an aggressive hen that you may prefer to isolate. Although most of my flock travelled alone, they could still hear the other birds and, of course, my voice, which reassured them that they were all still together. Separation also kept squabbles to a minimum. 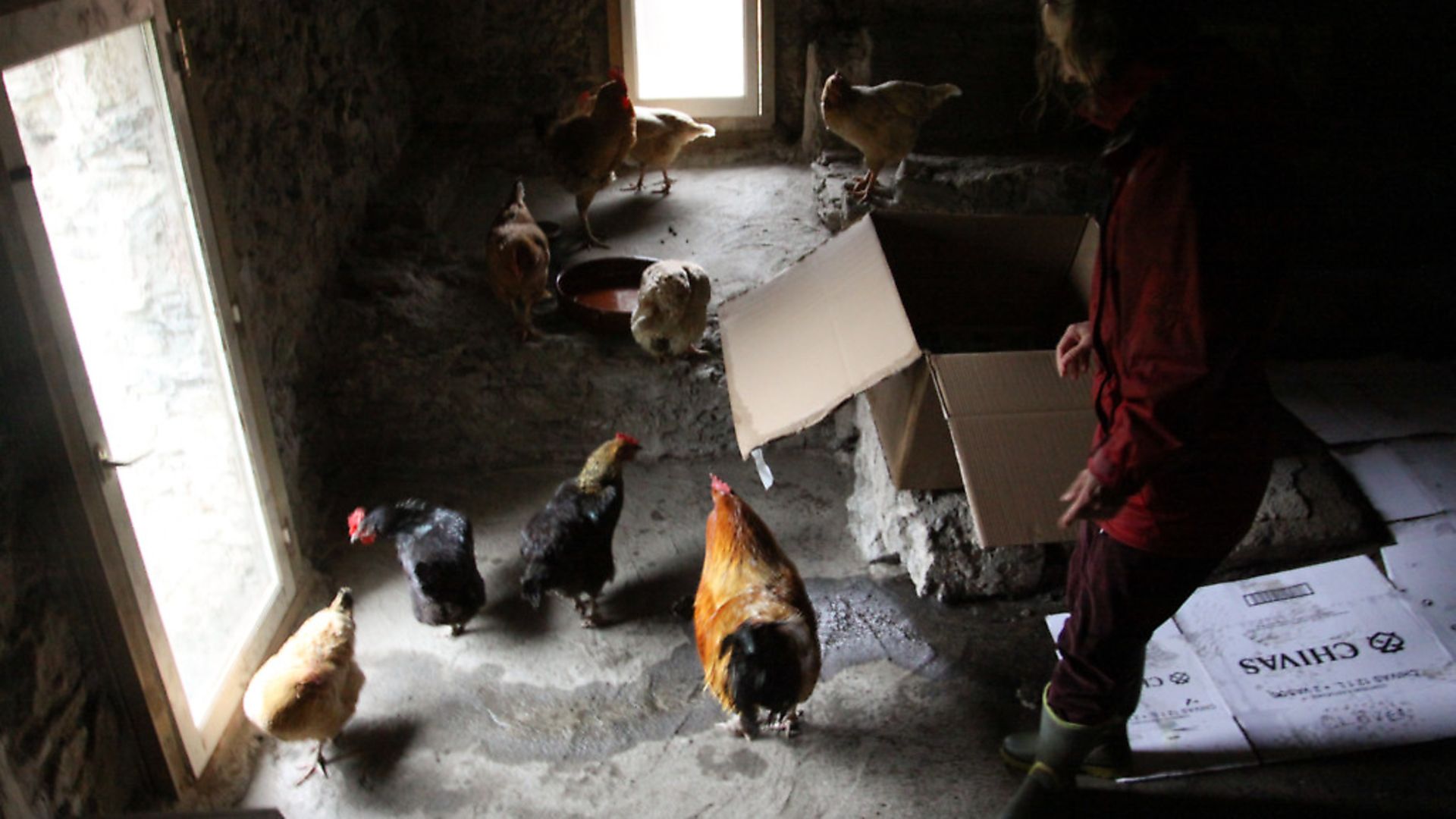 As I wanted to make the move less stressful and mitigate the shock of an unfamiliar environment, I gave my flock a homoeopathic remedy, Ignatia M, in their drinking water on the morning of move day and another dose the following morning in their new coop.

Once the chickens were roosting, I took them directly off their perches. I packed Alpha Rooster first, together with Alpha Hen. Beta Rooster was packed next in a separate box. You want to pack the roosters first as they may attack you if they feel you are threatening their hens. Although I have a good relationship and mutual trust with my roosters, to minimise anxiety and stress I followed this rule just to be safe. I then packed the remaining hens in descending pecking order, leaving the lowest ranking hen until last.

Once the chickens were loaded in the van, we packed around the boxes to ensure that they were wedged in with no likelihood of any of them tipping over. Remember not to obstruct the airflow around crates or ventilation holes and secure everything so that nothing can fall on the boxes or crates potentially injuring your chickens.

Hitting the road, we initially spoke continuously to reassure everyone that we were still with them. We drove carefully, taking bends and turnings as gently as possible. Everyone soon settled down thanks to the gentle hum of the van engine, adding to it their own special hum in the form of a farmyard smell or two. They slept throughout the whole journey. I believe that having a close relationship with my chickens helped to make them feel reassured. 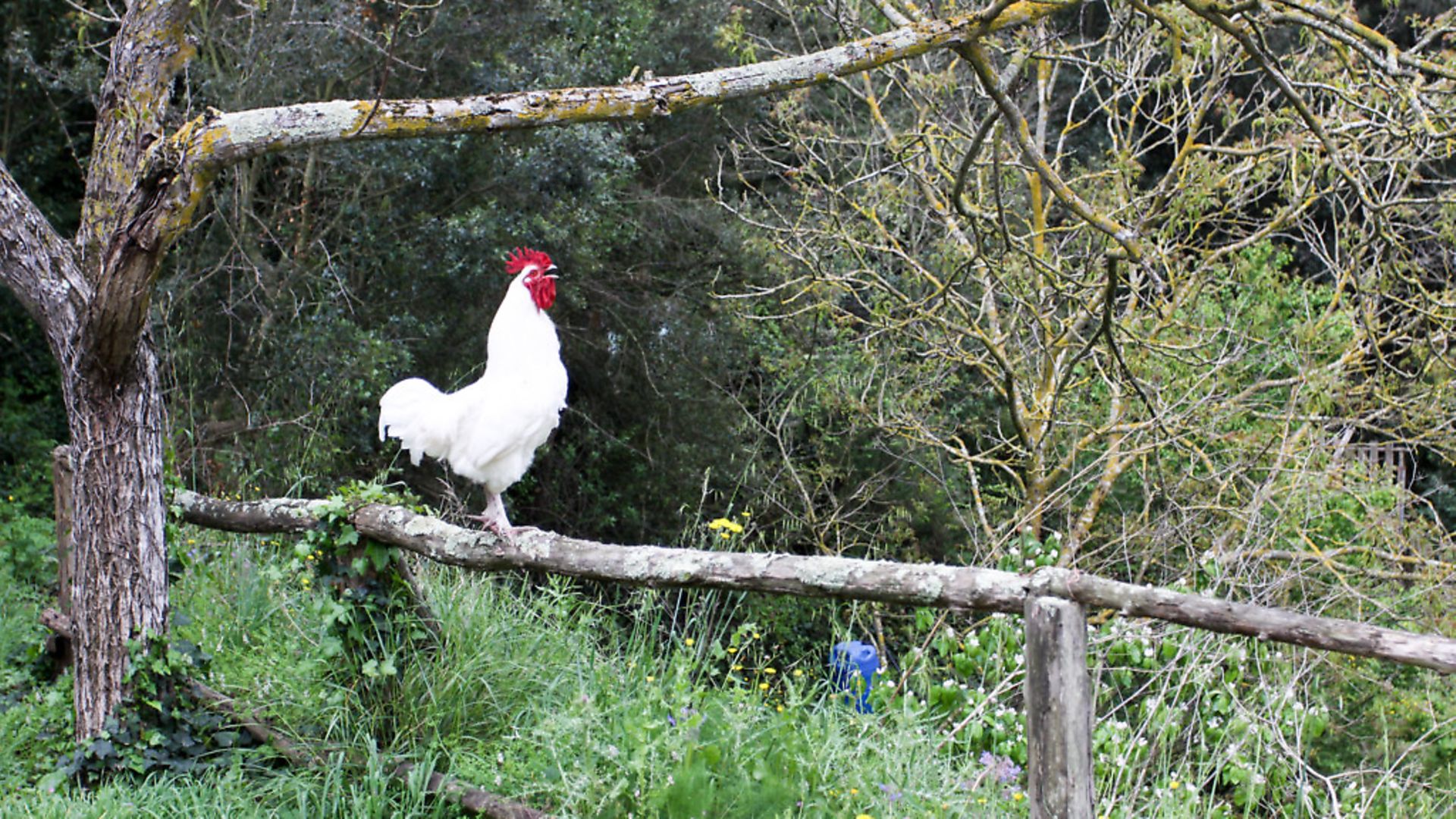 Providing a comfortable climate inside the car is important as chickens can easily overheat in stressful conditions. As nobody panted or flapped, we must have provided perfect cabin conditions. It is probably best to be cautious and aim for the cabin to be cool rather than warm. You can easily wear more clothes, while chickens find it more difficult to regulate their body temperatures in warm conditions.

If you are moving during the day, you may need to drape a sheet over the top of the crates. This will block any sun that the birds can’t hide from, prevent them from seeing the world go rushing by through the windows and keep curious passers-by from bothering your chickens. 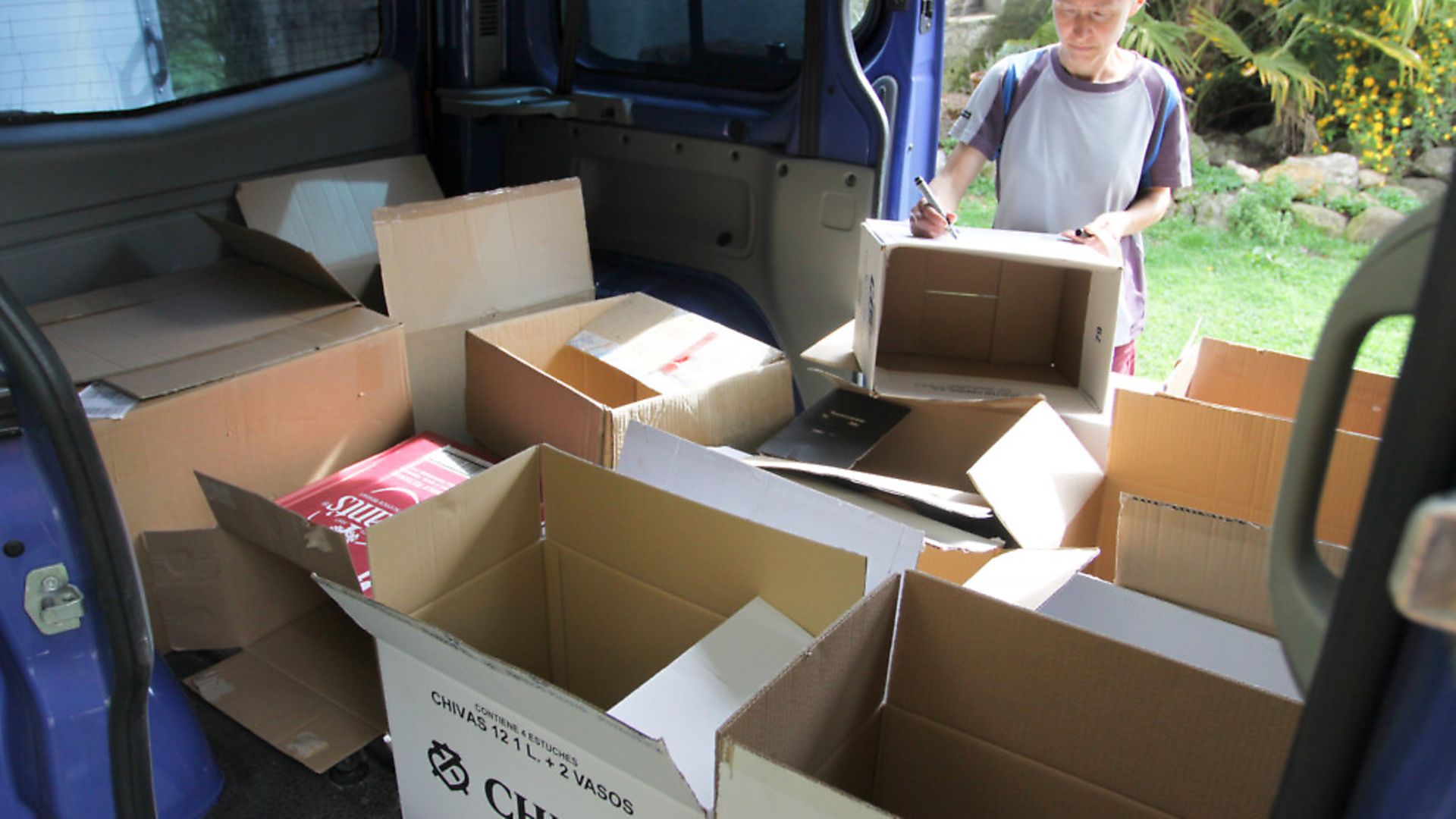 As we arrived at 4am, we left the chickens in the van until daylight. At dawn I checked that their housing was secure before we unloaded the boxes in torrential rain and delivered them to their respective coops. Inside the coops, I unpacked the chickens in reverse order so that Alpha Rooster was last out. I put down food and water inside even though they normally breakfast alfresco. They acted as though nothing had happened and woofed their breakfast with gusto.

In new surroundings, chickens can be edgy — they’re cautious about exploring too far from what is familiar to them, in this case, the boxes they were travelling in. They always need time to get used to their new environment. If possible leave them in their new coop for 24 hours. This will teach them that the coop is their new home. Given that it rained torrentially for 24 hours, this wasn’t a problem for us.

Being in an entirely new region, I also needed to assess what predators were common to enable me to set up an appropriately protected foraging area.

When you do let your chickens out for the first time to forage, keep an eye on them to ensure that everyone knows where food and water is and that they can find their way back to the coop.

Monitor your flock for signs of stress, such as soft-shelled eggs, or severe pecking or disease following the move, taking action as appropriate.

I’m happy to say that the whole move went smoothly and my flock made their first (and hopefully their last) big road trip without so much as a squawk. Now that they are settled in, hopefully it won’t be long before I am settled in too.

Nearly falling fowl of the law

The only drama came at midnight after crossing the French/Spanish border in the Pyrenees mountains. It was snowing heavily and traction wasn’t great. Once we had descended into the Spanish foothills, we stopped to celebrate with a sandwich in an isolated location. Despite having paperwork, within a few minutes of pulling over we were concerned to see a Catalan police patrol car stopping to speak to us. The policeman looked jolly and was wearing a wide smile. The cold, snowy conditions ensured that the van windows had only been opened a few times. As we wound down the window and said “Hola”, the smile vanished muy rápido from the policeman’s face when the smell of 16 chickens cooped up in a van for several hours hit him. His first words were “Are you all right?” He shone a torch into the rear of the van and, to our relief, without further questions, left us in peace. We were very thankful that our roosters kept quiet — that could have been tricky to explain.