This month, Anne Perdeaux chooses her favourite bird. He battled for life against the odds, and turned out to be a real character 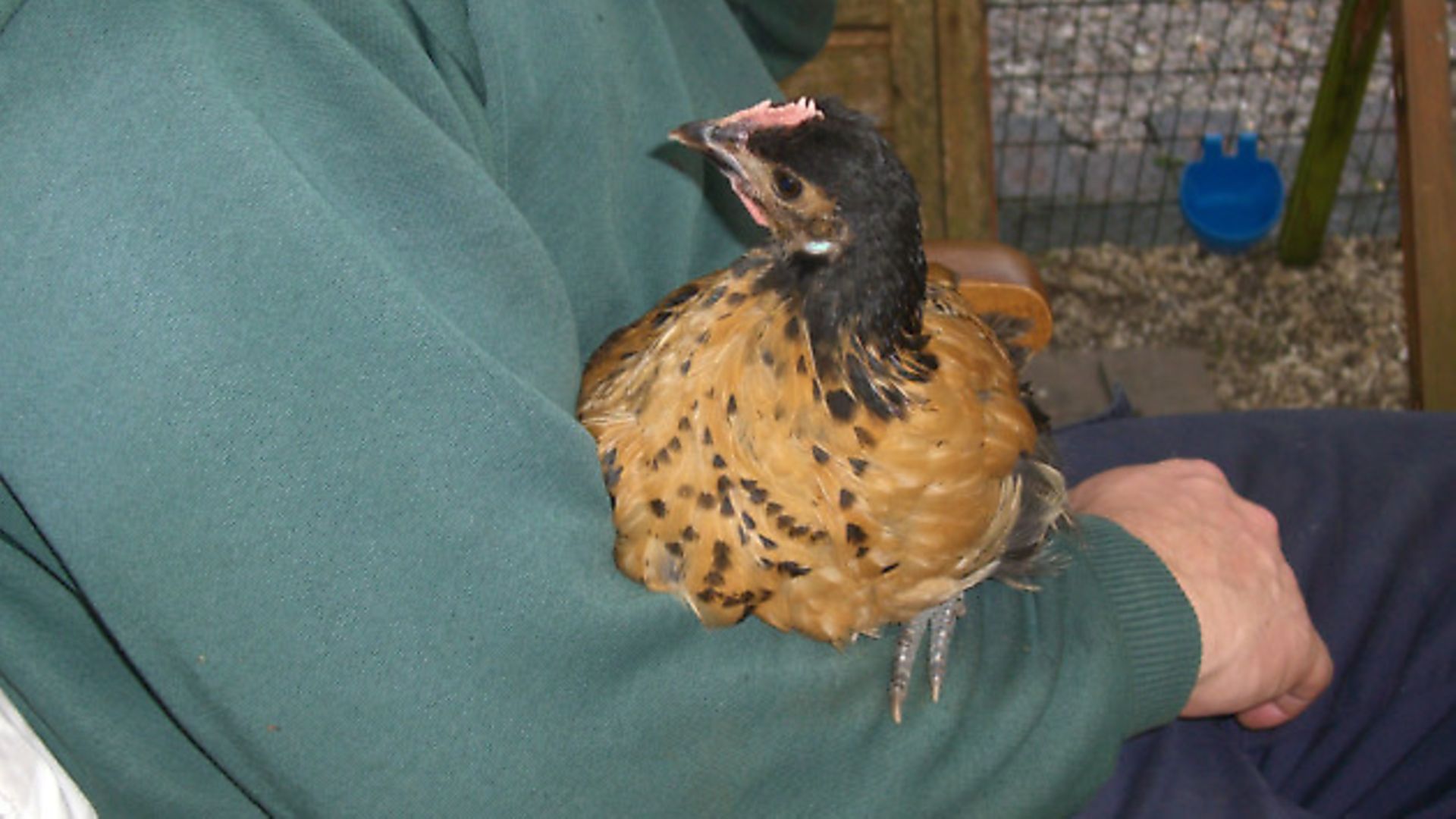 He’s a mixture of breeds, isn’t sure if he’s even a chicken and courts me with wild dances. Flattering? Not really. When his advances aren’t welcomed, he turns his attentions to the garden tools. We’ve now established our pecking order after a bout of scaly leg resulted in the indignity of being turned upside-down and having cream applied. Although I explained that some humans would pay good money for this, he’s become a little wary, which at least makes it easier to cross the lawn.

Tweetie is a big personality with an even bigger voice. That’s how he got his name, but it also saved his life…

His very existence is a miracle. His mother was abandoned at hatch and almost died. Restored by a couple of nights in the airing cupboard, she matured and started a family in a clump of nettles while we were away. Disaster was averted by our chicken-sitter, but once her chicks had grown she disappeared again. A heap of feathers one morning indicated her luck had finally run out. That lunchtime my husband mentioned hearing strange cries. We followed them across the garden into the field. There we found a little chick, barely a day old, and shouting at the top of its voice!

Searching the area we found the nest with three small bodies, probably dead from cold, and eight empty shells. No sign of the remaining chicks, and no reply to Tweetie’s shrieks. He was on his own.

CCTV later revealed the fox struck around 3am. Motherless, Tweetie had journeyed some distance – up a bank, through a hedge, and into the warmth of the rising sun. Installed indoors, Tweetie continued to make his presence heard. Was he cold? No, he was standing on top of his heat-pad loudly demanding attention. To keep him entertained, each morning he was moved outside to the broody coop with the heat-pad on an extension lead. At night he was returned (protesting) to his indoor box. 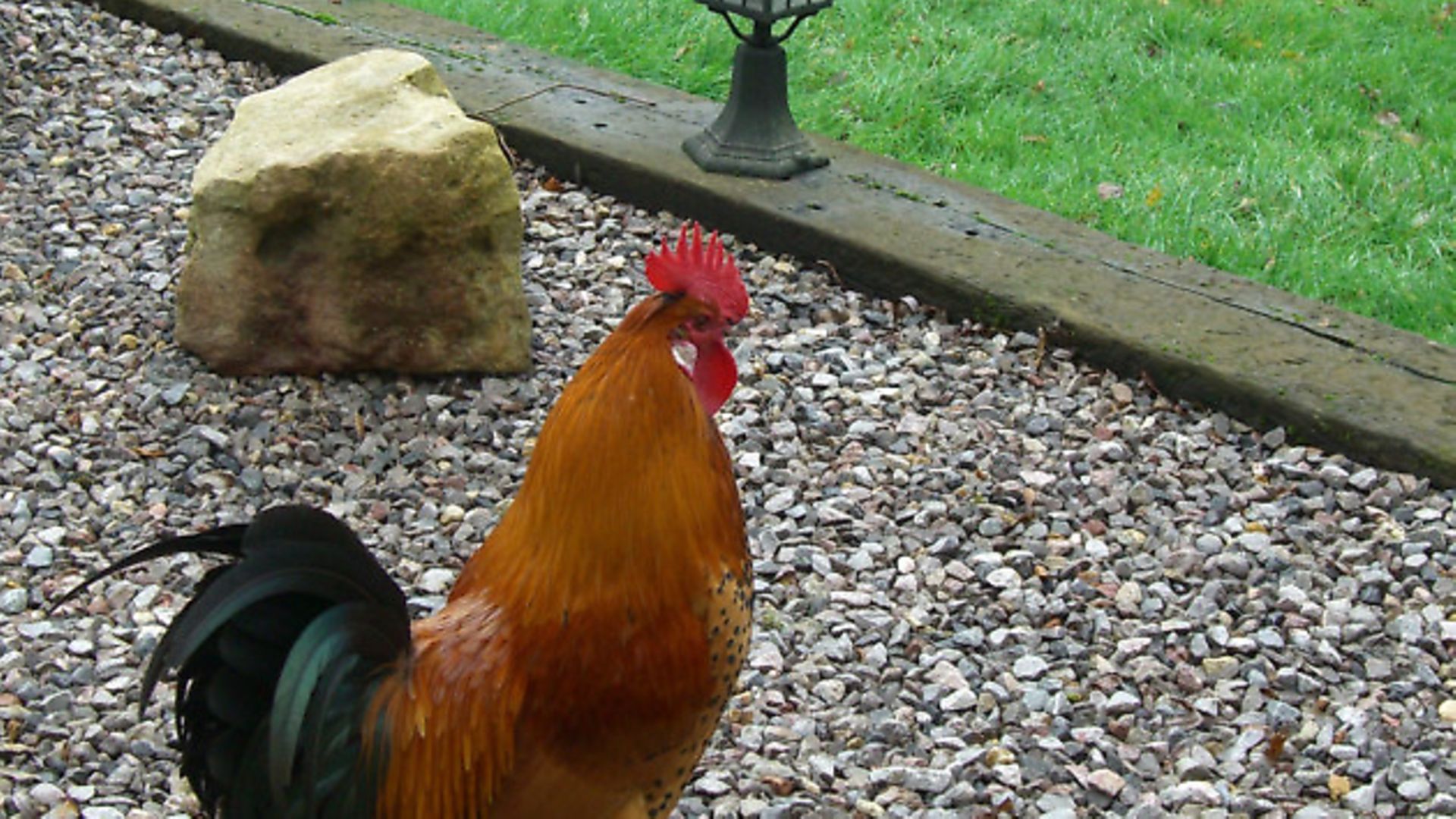 A layer of soil and some branches in his run provided distraction, but the moment we appeared he clamoured to come out. He was proud of his growing wings and could soon reach the garden table. We turned a deaf ear to his pleas at mealtimes after I had a tug-of-war with my sandwich! Once released, he’d jump up for a cuddle, pecking our increasingly threadbare jumpers to make himself comfortable. Affection was all on his terms though – too much stroking and he’d be off with an irritable tweet. It looked as if Tweetie was a pullet, and I nurtured fond hopes of becoming a proud grandparent to the first egg. Then we heard loud crowing… our noisy chick had become an even noisier cockerel!