An eclectic alphabet of chicken facts with a difference. Compiler: Andy Cawthray 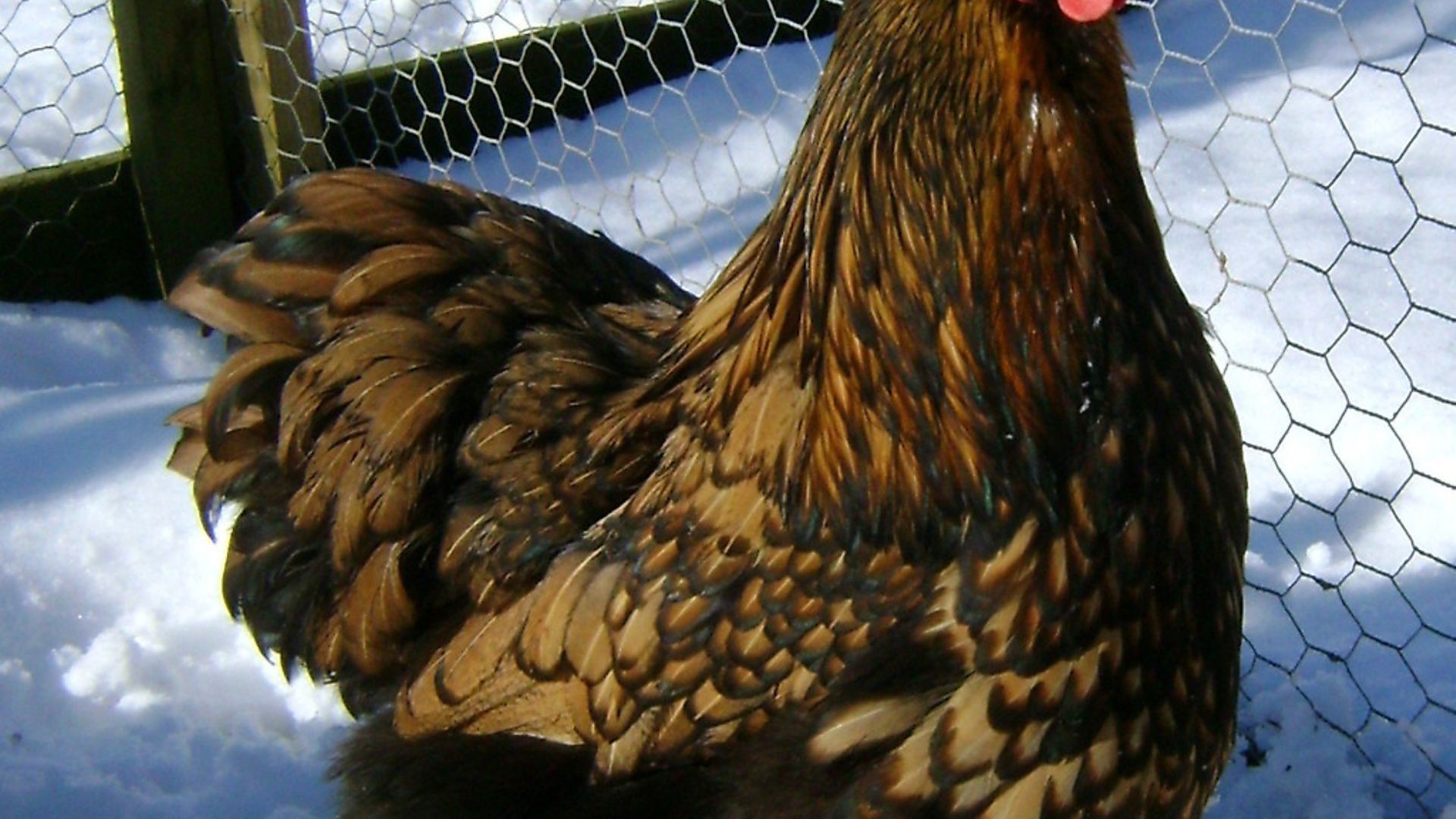 Chicken droppings can make excellent manure and should not be wasted by the keeper even if they are not keen gardeners themselves. Not only does it rot down to provide a valuable source of nutrients for the plants, it is an excellent ‘accelerator’ which will speed up decomposition in a compost heap.

Any litter and droppings cleaned out from the coop should be added to a compost heap, preferably with an equal mix of grass clippings or green waste, and left to rot down for three months. Do not be tempted to add it directly to the garden, as it will be too strong and burn tender plants.

Alternatively it can be dug directly into the ground prior to planting. If those options are not available simply bag in an old feed sack, tie the top off, and leave in a corner of the garden until the following spring. The resulting mix will make excellent mulch for fruit trees and shrubs.

Chickens produce two different types of dropping, and they consist mainly of undigested food combined with any digestive by-products and bacteria from the gut.

A large quantity of the output in a 24hr period occurs at night whilst the chicken is roosting, whereas during the day the rest is dropped as the chickens are ranging. They have no preferred latrine area. Their droppings are firm but moist, having an average moisture content of around 75% which gradually evaporates off to leave a dry deposit. This high level of moisture is what increases humidity and odour levels within a chicken coop, and one of the reasons that ventilation is essential both in summer and winter. 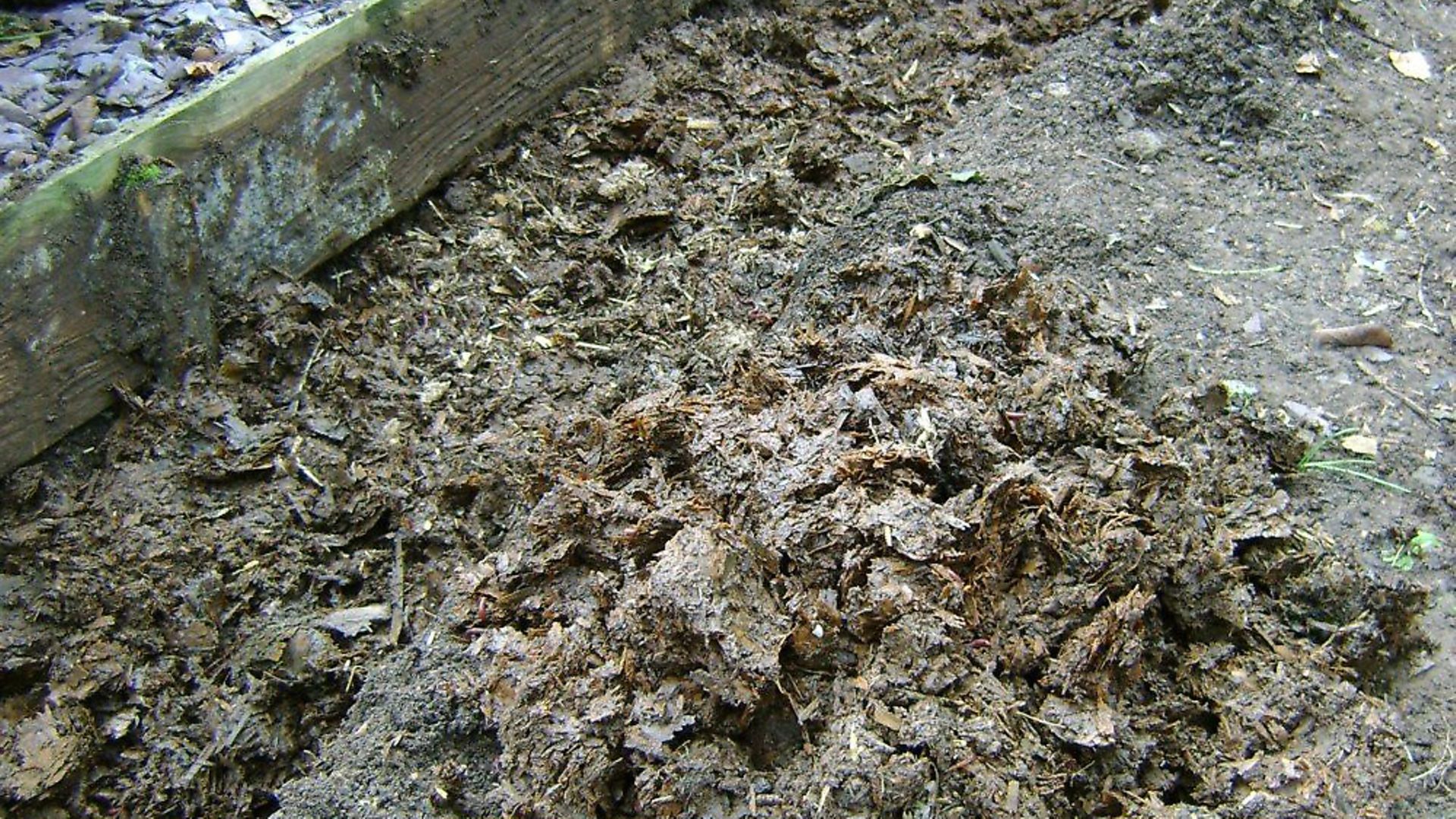 A chicken’s normal intestinal dropping should be relatively firm (certainly firm enough to be picked up), dark in colour, and capped in white. This cap is the urinates from the chicken’s bladder, as chickens do not urinate separately from defecating.

Finding mustard yellow, greeny or brown foamy, runny-looking, smelly droppings in the chicken coop or run might bring about cause for concern. However, these are perfectly normal. One in approximately every ten droppings will appear like this and they are known as ‘caecal droppings’. They are as a consequence of the chicken emptying its caeca or blind gut ( a part of the colon present in many animals), and are perfectly normal. In fact their frequency and physical appearance are an indicator of the digestive system functioning correctly.

It might seem odd, but one of the easiest times to ‘study’ the condition of your birds’ digestive system is immediately after a fresh fall of snow. The white canvas creates a very suitable backdrop for identifying problem poo.

If, during the winter months, time is at a premium, and daylight hours are precious few, then the weekly muck out can be hard to fit in. You can make it a little easier if you bear in mind the fact that chickens tend to foul their houses most whilst roosting on their perches. Simply add a layer of card or newspaper underneath the perch, and change it every other night. The resulting messy paper can be put straight on the compost heap.

Red in the droppings could be caused by blood, and could be an indication of coccidiosis. However, if the chicken is showing no other apparent symptoms, or the dropping is a one-off, then it’s possible that the reddening was simply a bit of intestinal tissue that had detached and been passed.

Bright blue, green, or yellow droppings are not normal, and could be an indication of a toxic reaction, or form of illness ,and veterinary advice should be sought quickly.

Off-colour or watery droppings during the height of summer or in periods of hot weather are possibly due to the chickens not taking on sufficient water. Treat with electrolytes ensuring there is plenty of fresh water available at other times.

This term is commonly used (and acceptable) in chicken keeping circles. It can be said with a straight face and will not be met with giggles or sniggers, and almost everyone will know precisely what it means. Poo picking is the act of picking up chicken poo. This could be to prolong the life of the floor litter in a fixed run, or for closer inspection as to the state of health of the bird that deposited it, or in order to send a sample off for analysis.

Chicken droppings are such a good indicator as to the general health and well-being of the chicken that samples are often requested by vets in order for them to diagnose an illness. There are also independent professional bodies that will take samples by post, analyse them, and email the results.

This requires a mention as it can come as quite a surprise the first time it’s encountered. In essence, this is the waste passed by a hen that is currently in a state of broodiness. It is possible that she will have been sitting on a nest for a day or two and consequently she will empty her bowels in one go. This can result in a deposit of a size that would be more likely to be associated with an animal three to four times bigger.