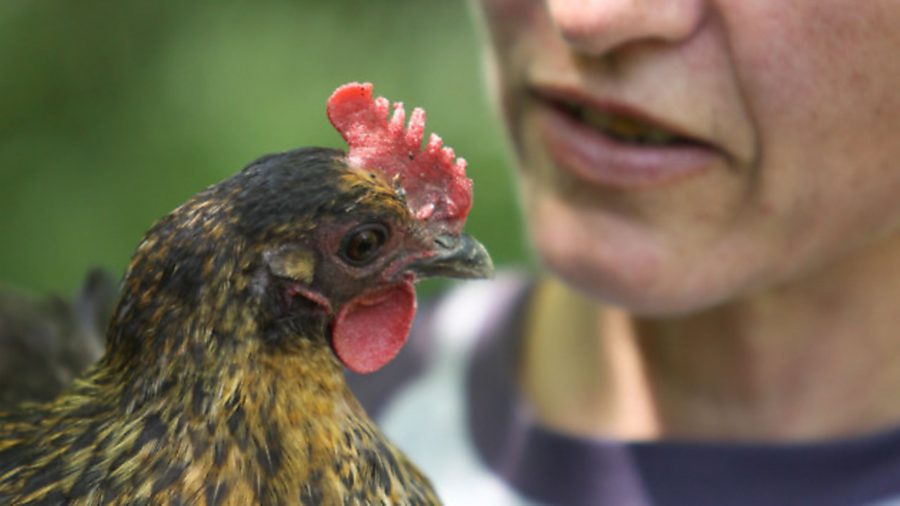 There is a secret to communicating with chickens. Julie Moore talks to a pioneer in animal communication who explains how it is done 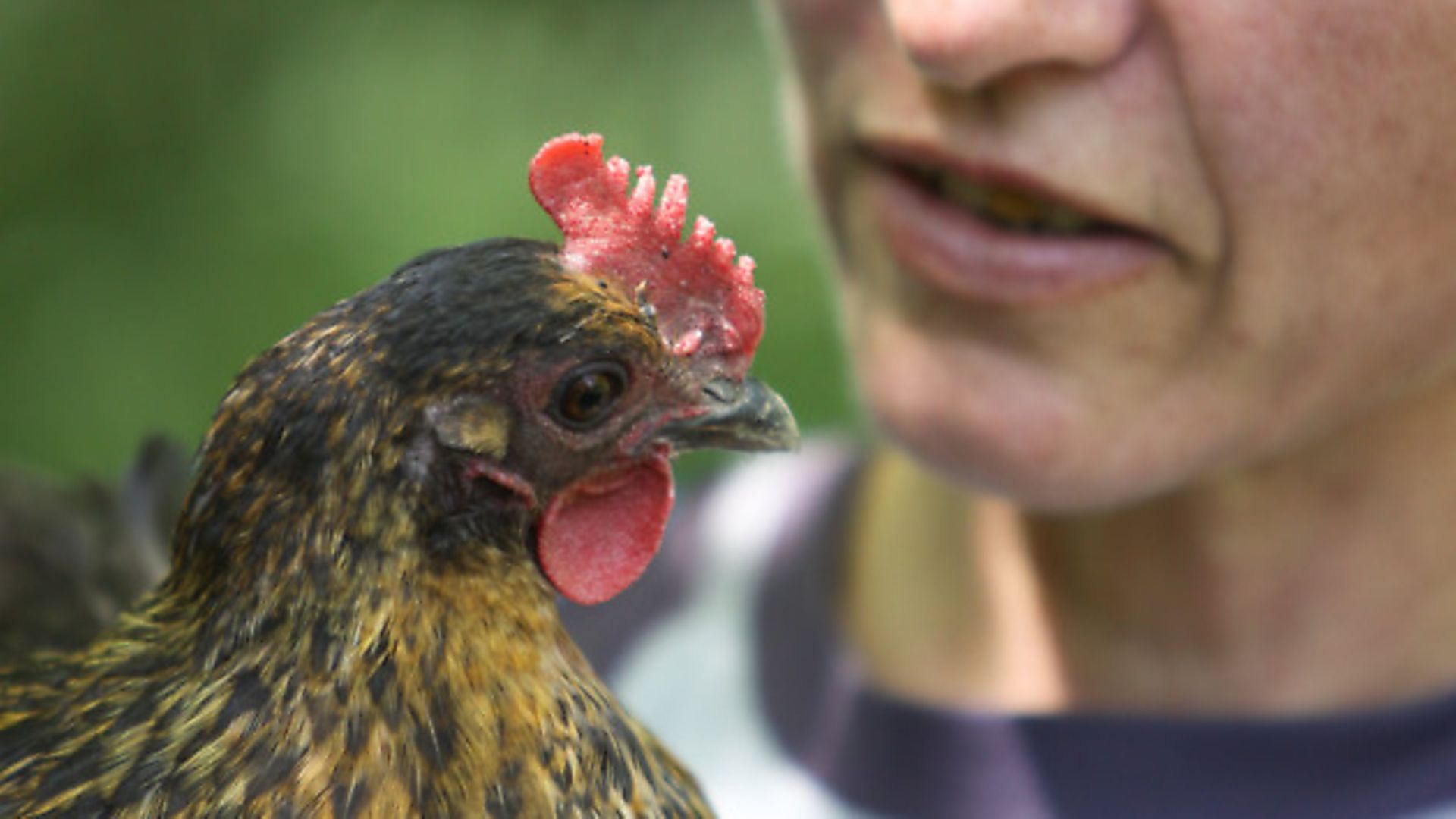 You may not realise it, but your hens are constantly ‘talking’ to you. In turn, we are hard pressed to make them understand us with a vocabulary that doesn’t go much further than a raised voice or a cuddle. Is it possible to communicate with your hens despite this apparent language barrier?

Any form of communication involves being able to relate to others and communicating with animals is no different. Animals, including chickens, share a common language with us — telepathy. We can all communicate in this form, it is after all our first language and buried deep within us. We can rediscover this lost language by going within ourselves in silence and relearning how to connect spirit to spirit.

Laila del Monte is one of the modern pioneers of animal communication in Europe. With over 30 years’ experience working with individual clients, veterinaries, animal breeders, horse trainers as well as the French National Equestrian team to resolve troublesome issues, she knows only too well that animals have a consciousness. Animals feel both physically and emotionally, just as humans do. They feel all kinds of different sentiments such as pain, suffering, fear, compassion, friendship, joy and love.

“I began communicating with animals as a child, although I didn’t know it was ‘communication’ at the time because it was completely normal to me,” reflects Laila. “I grew up on the Balearic Island, Formentera and used to defend the animals — I’d tell the farmers what the animals were feeling. They thought I was a witch and didn’t believe me because to them, the animals were in the field working and couldn’t possibly have a consciousness.” 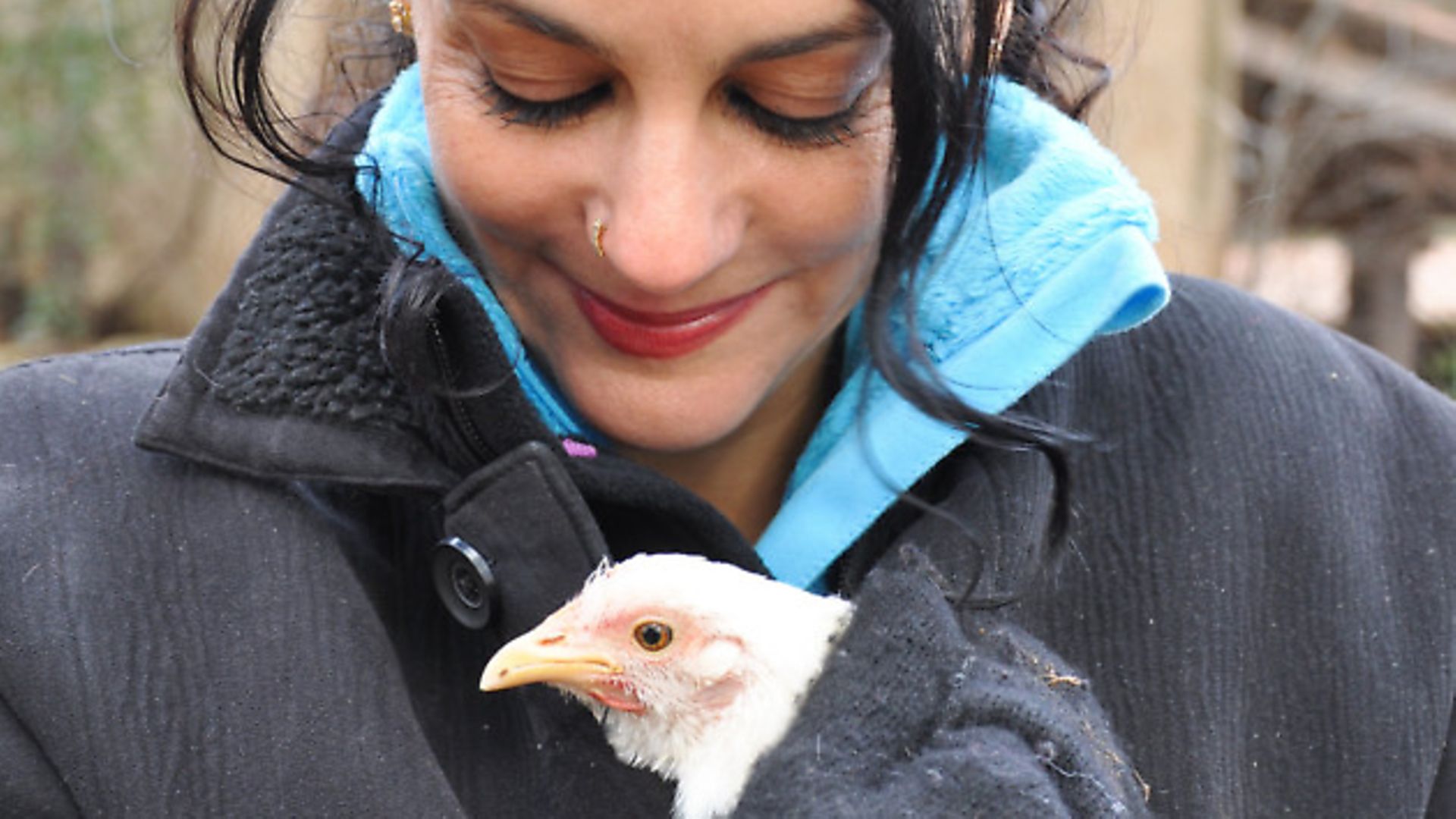 “Communication is a spiritual experience for me,” explains Laila. “It’s about developing consciousness — you have to work on yourself and understand yourself.”

Laila continues: “Anyone can communicate with their chickens, but it has to be learnt properly so that people understand who the animals really are and respect their nature and not project human things on them. It’s the depth of intuition inside of everyone which needs to be reawakened in the right way.”

It’s important to remember that we act as guardians to our animals; we do not own them, they are free beings. Animals come to us on this earth for a reason, whether to teach us a life lesson or help us understand a circumstance. They choose to share their lives with us. If we respect our animals and have a relationship with them, we can communicate with them.

“I’ve been asked to communicate with chickens on a number of occasions. In Provence, there was family who kept free-range chickens as pets on a farm. The pigs loved the rooster! Some of the chickens were roaming into the woods at the back of the farm and were being killed by a fox. I was asked to communicate to them the dangers of going into the woods.” Laila continues: “As chickens are flock birds, each chicken is an individual inside a collective. To communicate a message that they shouldn’t go beyond a certain zone because they would be killed by the fox, I honed in on one chicken and included the collective with the one. I’m pleased that after my communication, the chickens didn’t stray into the woods!” 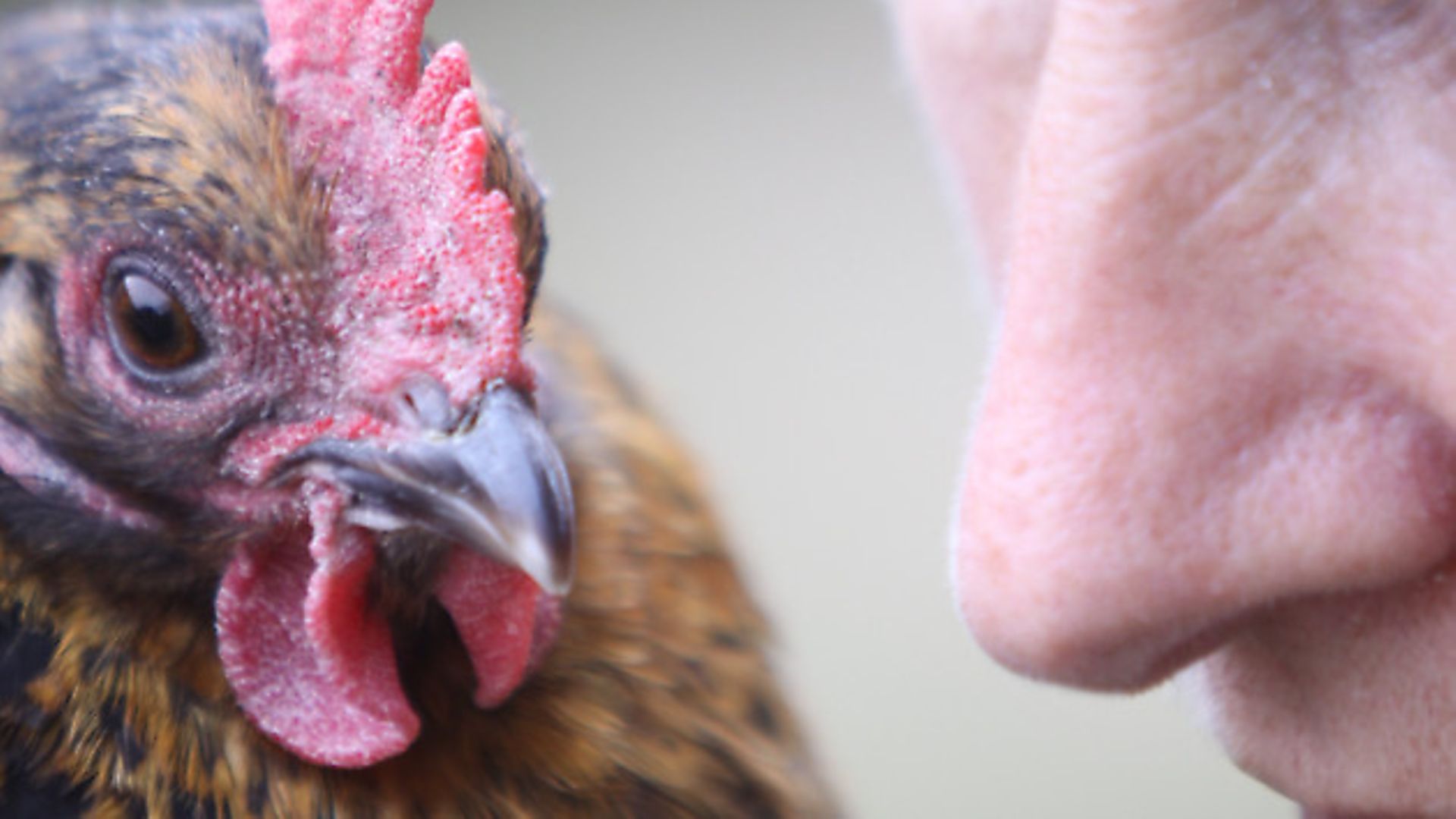 “Chickens are incredibly intelligent, have a fast mind and are very aware of the thoughts and feelings of humans and other animals they are living with. They’re fully conscious of what’s happening in their environment,” muses Laila. “Each breed has a specific type of mind linked to their breed, survival situation and conditions.”

“A hen was brought to a seminar and my students communicated with her,” reflects Laila. “My students were amazed at the amount of information the hen gave about her surroundings and the feelings of her guardian. If you think that chickens have no consciousness, by communicating with them you can see they do!”

Laila said: “I met a lady who kept horses. She also kept chickens who were as close to her as a dog would be, following her around. The chickens were so friendly; they came to sit with me so that I could stroke them. They even jumped onto the table to eat the food!” laughs Laila. “The message is that if your chickens choose to sit with you, it’s for a reason, they’re not just sitting there mindlessly, there’s a mind connection going on. They’re sitting and connecting in their mind — if we allow that connection to happen, it happens.”

“Of course, it’s a very different communication experience in a commercial set-up.” Laila sadly shakes her head: “In the first place, it’s difficult to gain the chickens’ trust because they are wary of humans. The first information I received was about the conditions and suffering. The level of suffering was so high; it was as though their spirits weren’t in their bodies anymore. It’s emotionally draining when an animal is suffering so much.”

Communication isn’t just about images, it’s about receiving and transmitting all forms of perception such as images, physical and emotional sensations and thoughts. “When communicating, it’s important not to ask questions,” cautions Laila. “You’ll have an answer already formulated in your head and will start interpreting things that you want to hear or already know. It’s only possible to communicate by practising inner stillness; there are many techniques such as Zen, yoga or Buddhist techniques. In so doing, you’ll be listening to what’s around you and will be less taken in by your thought process. What’s around you comes alive and you’re able to hear and listen to it. It’s necessary to be aware of any information you receive, whether in the form of images, thoughts or feelings and study it to see if it makes sense,” advises Laila.

Laila concludes: “I feel that it’s really important that one learns to communicate with animals because it’s only with communication that one really understands in-depth and inside ourselves how an animal feels and thinks. It’s really the only way — it’s not just analysing behaviour. People are more aware that animals have a consciousness and every time someone changes their consciousness, it affects everyone around them.”

Perhaps one day, we will all be able to communicate with our flock and learn from them. Our hens are more than simple pets; they can become real friends on our evolutionary path if we just open the door to them.