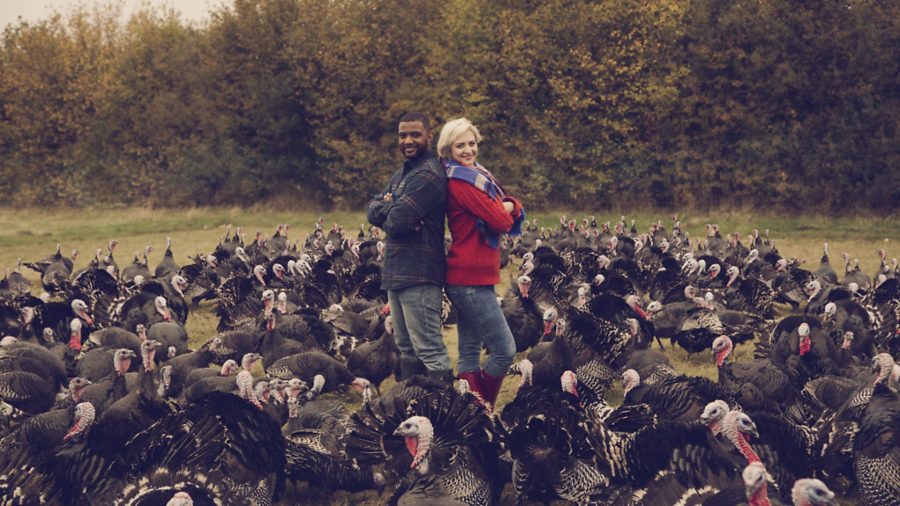 A former pop star has adopted some ex-battery hens and become a supporter of the British Hen Welfare Trust. The charity talked to him about his chickens 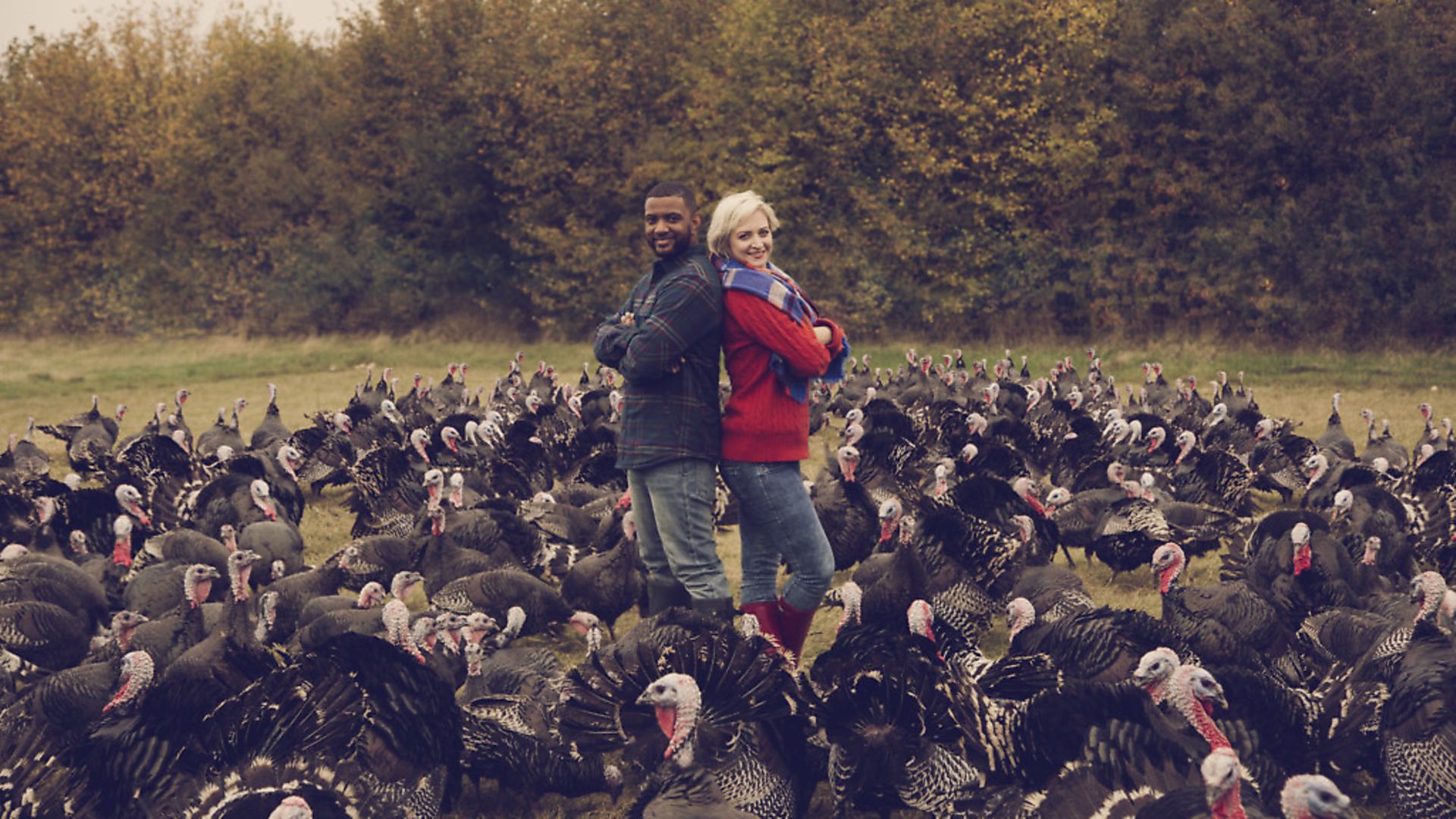 Most of the time we are made well aware at Hen Central if we have a celeb about to adopt some of our beautiful hens. However, in the case of pop-star-turned-farmer JB (of JLS fame) he ended up adopting three of our hens somewhat by accident, after stumbling across a re-homing in Kent while out walking his dogs! We caught up with him to find out how his girls are getting on, as well as ask him about life on the farm with wife Chloe and son Ace.

Firstly, you adopted some of our hens back in May – how are they getting on? 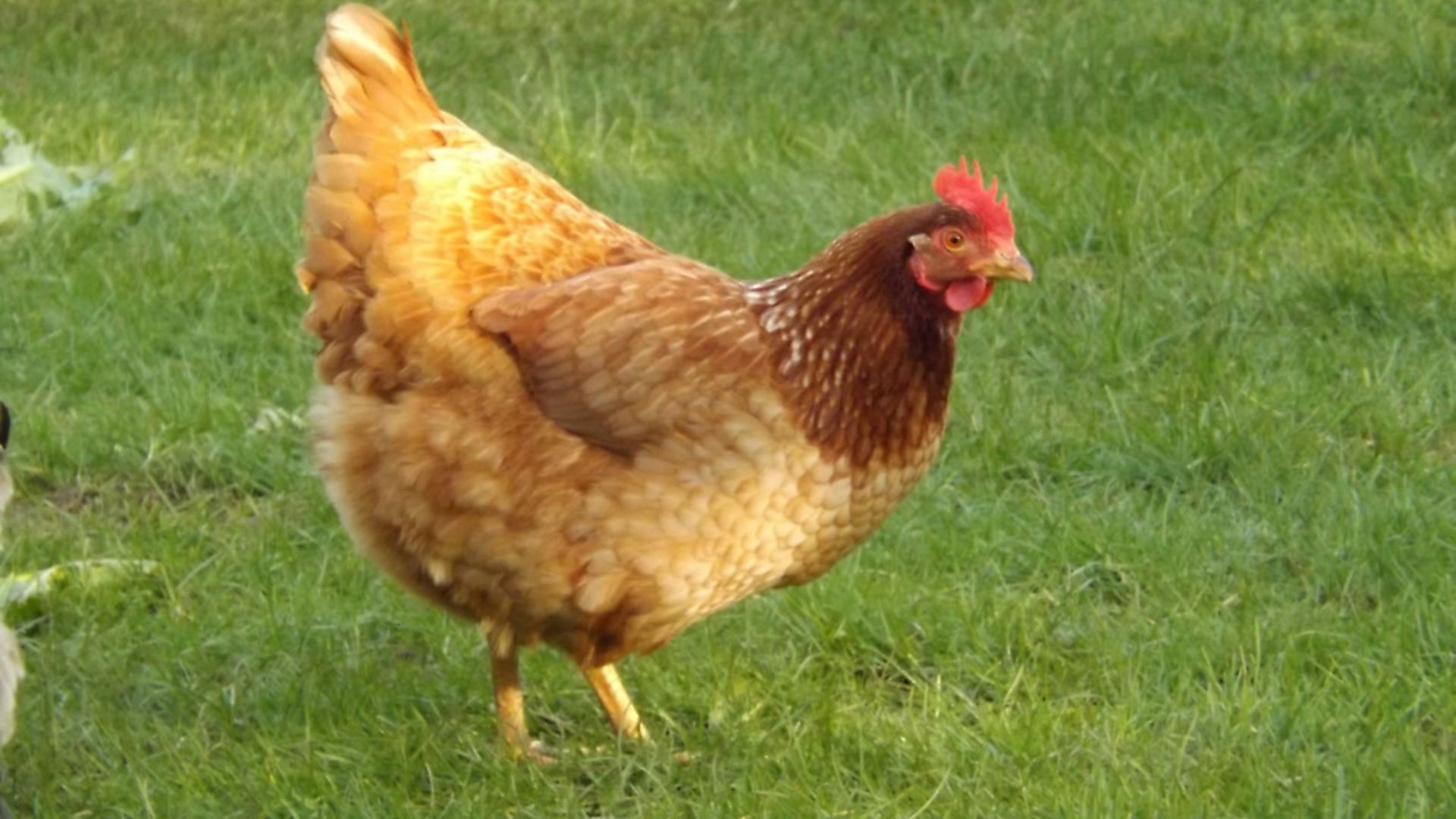 The hens we adopted are getting on brilliantly! We lost one to the fox unfortunately but they’ve settled in well and having a great time. My son Ace was tasked with naming them but every time I ask him which is which, he can never remember!

How many chickens did you have before the ex-bats arrived?

We had three chickens before the ex-bats arrived and they’ve all managed to get on just fine. I think the ex-bats spent a good three days sleeping outside the coop but a little gentle persuasion got them inside.

Did anything surprise you about your ex-bats?

I wouldn’t say I was surprised but I did notice that they were very hardy and that they could be very determined. Once, while Ace was feeding them from the bucket he normally uses, one of them jumped into the bucket. She must have been hungry!

My favourite thing about chickens is undoubtedly getting to try the lovely eggs laid fresh every day. Nothing beats a fresh farm egg; all of my friends and family members literally take it in turns to take home a box and they ALWAYS want to meet the girls who lay them! It’s a great way for my son, Ace, to bond with animals too, as our pigs are massive and the turkeys are a much larger bird for a little boy to handle.

We can imagine you’re pretty busy down on the farm, but who is responsible for cleaning out the coop in your household?

A motto in my family household was always if you want it, you have to look after it! So I take responsibility for looking after the animals and cleaning out the coop. I actually find it quite therapeutic!

We have an education programme launching later this year to teach primary school pupils all about hen welfare and where their food comes from. Do you think growing up around animals has had a positive impact on Ace?

Absolutely. Not only has it given Ace a sense of responsibility and an appreciation for animals and how they should be treated, it’s given him a great sense of security, growing up on a farm with animals and jobs to do. He loves being outside and you can see that he is so proud of what he has.

You’re obviously as passionate as we are about encouraging children to get outside and learn where their food comes from – you must be very pleased at how popular CBeebies Down On The Farm has become?

Absolutely. It’s something that people are really wanting to learn about and it’s a show for all of the family, no matter what the age. The show was nominated for a BAFTA and I was so excited; to be recognised out of all the children’s shows produced and knowing the humble beginnings of Down On The Farm, it was an honour in itself.

From pop star to farmer – quite a career change! You must have faced some judgement and questioning when you decided to set up the farm – how did you overcome this?

I have never grown up being very conventional. I have never put limits on myself or my achievements and so the transition from pop star to farmer was easier for me than it was for anybody else! My faith is an intrinsic part of my life and it has taught me the value of resourcefulness and making the best use of everything you have, no matter much, or how little. That is how the farm concept was birthed and my passion for it has grown daily. When Ace was born, the need to spread the word about food, its origins and the process it takes to reach our tables became even more apparent. I take great pride in using my past successes and profile to boost an industry that needs more recognition than it gets.

And now, on to Songs of Praise! Huge congratulations – you must be very excited about the role?

Songs Of Praise was a fantastic opportunity which I had to take with two hands! I would never have imagined presenting the show, having grown up watching it since I was a young boy. I was extremely excited to be named as a new presenter and after performing on the show earlier in the year, the executives of the show and at the BBC decided to give me a shot at presenting! I love that I am able to combine my love of music, my faith and my passion for the outdoors in one, iconic show. It really is the perfect job for me.

Talking of being busy, you must enjoy having a bit of down time. What’s your favourite way to relax with Chloe and Ace?

Whenever we get a chance to relax, we often go walking or to visit a farm attraction with Ace – he gets to see a bigger variety of animals on other farms! Sometimes it’s even better just to stay in and do silly things like cook, paint and watch a film together. We are always travelling and Ace usually comes with us so it is important to us to rest as well.

What do you think about the work of the British Hen Welfare Trust?

I think the work that the British Hen Welfare Trust does is invaluable. I think laying hen welfare does have to be addressed as the condition of some of the birds is appalling. All animals need love and care, whether they serve a commercial function or not, so being able to save over 580,000 hens’ lives makes every bit of difference. Although I wasn’t explicitly aware of the Trust before I stumbled across the re-homing, I am an avid supporter of all that you do.

Finally, because we’re as much about eggs as we are about chickens, tell us your favourite eggy dish!

French toast! Thick crusty bread, soaked in egg, seasoned with cinnamon and topped after cooking with honey and berries! Sweet, yet savoury!

Jonathan Benjamin ‘JB’ Gill is best known as a former member of boy band JLS, who came second place on The X Factor in 2008. They went on to have five number-one singles and sold over 10 million records worldwide before disbanding in 2013. He later took up farming and has recently come back into the spotlight presenting Songs of Praise on TV