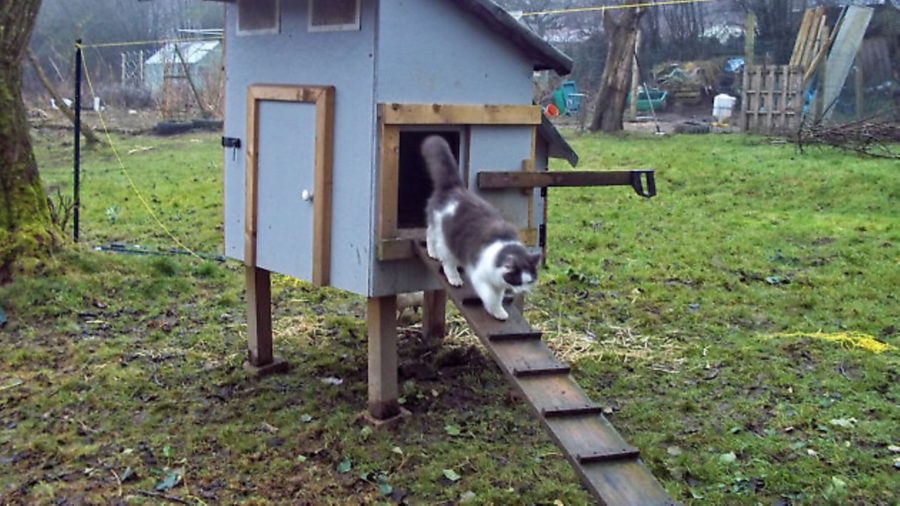 Meet ‘Enry Cooper. He’s a cat who hangs out with the chooks, Janine Marsh explains 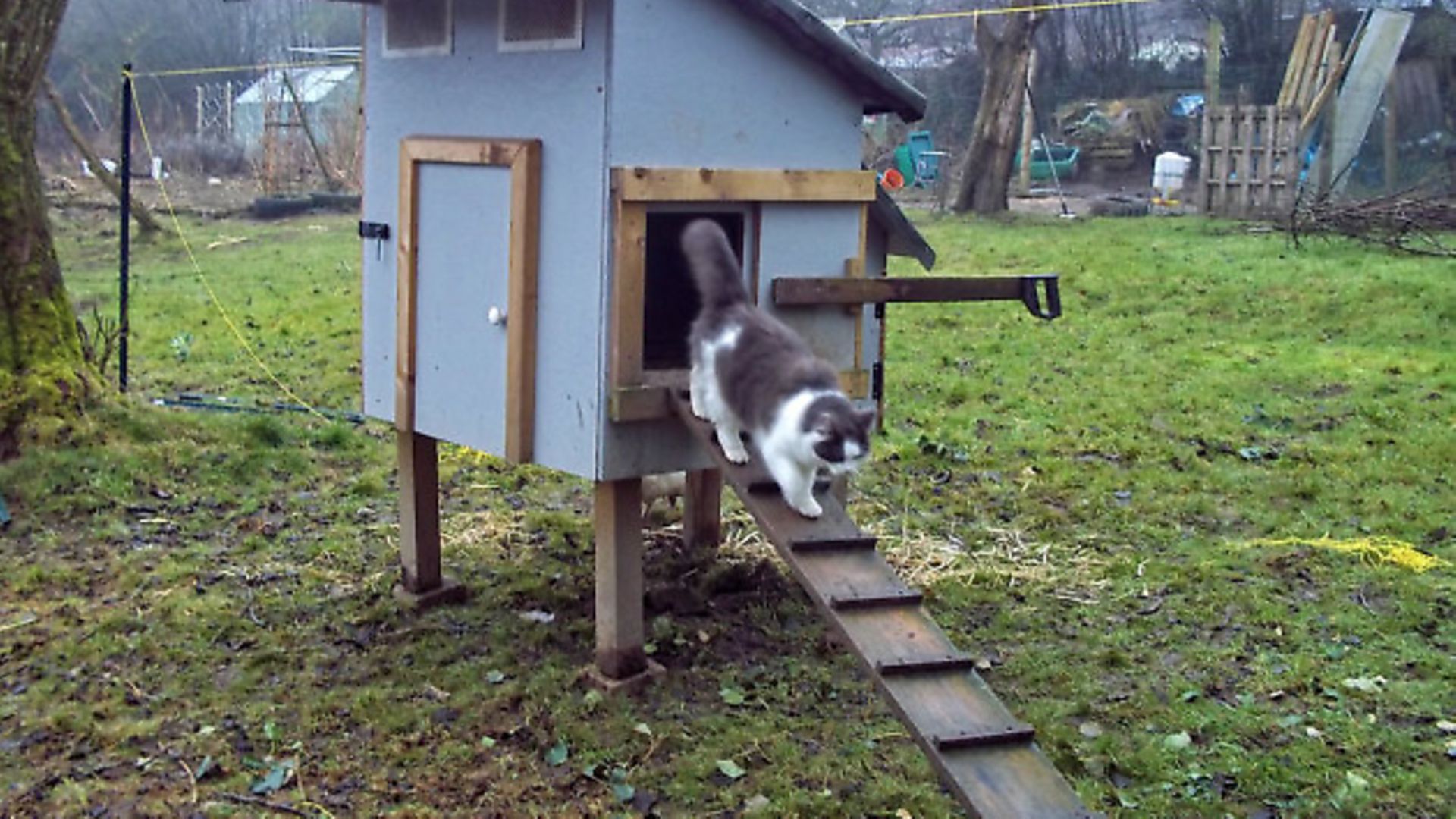 Before I went to France, I had always lived in London in places that were not conducive to keeping animals. Life in rural France, though, seems to be made for sharing with an animal or two… or, in my case, 52.

What started with one stray kitten a few years ago has snowballed to the extent that, when I took stray kitten No. 6 (known as ‘Hank Marvin he’s Starvin’) for a check-up, the vet made me promise to stop.

“I’ve seen it before with you British. You love animals and you don’t know how to stop. First you have one cat, then six then 26.”

It’s not just cats either. I have taken in three dogs and I’ve managed to acquire four geese, 17 ducks and 22 chickens (so far).

It’s quite a little farmstead that I’ve got, and fortunately they all get along well, although there are some friendships that are more special than others.

Kitten No. 2 was ‘Enry Cooper, a little scrapper with long fur and a very winning smile. He walked in through the back door and never left. About the same time as he arrived, I got my first chickens. Six lovely plump ladies who moved into their new des-res coop at the bottom of the garden with little fuss.

‘Enry Cooper took to following me about all over the place including in the chicken pen where the girls would fuss over him, inspecting him and having a little peck, but nothing nasty. In return, he offered to chase them about a bit, but not be mean to them.

As the cat got bigger and more confident, he’d wander off on his own and started disappearing for hours on end. Often I couldn’t find him anywhere and he’d ignore my calls. One day I was late collecting the day’s eggs. Opening the door to the nest box, I discovered ‘Enry Cooper sleeping in the warm straw. He lazily stretched and narrowed his eyes while I felt furtively underneath him for eggs. Amazingly, they were all safe. When I shut the door, the cat went back to sleep.

Even though I now have more birds and they normally cluck and fuss at stranger danger cats, everyone ignores ‘Enry Cooper. He likes nothing better than to sit on the cages of young chicks and watch them scuttle about. He has a Mona Lisa-like face and gives nothing away, but I don’t take any chances just in case, and vulnerable birds are removed from his reach. What it does mean, though, is that all the young birds grow up knowing and accepting him as part of daily life. Even the geese, notoriously picky and pecky, tolerate him, and he spends most of his time in the pen playing. The only time there is trouble is when he tries to pinch their treats, and then the birds definitely have the upper hand… paw… foot.

These days, if I can’t find ‘Enry Cooper, I always check the chicken coop and I’ll often find Ginger Roger, his best cat friend in there with him too.