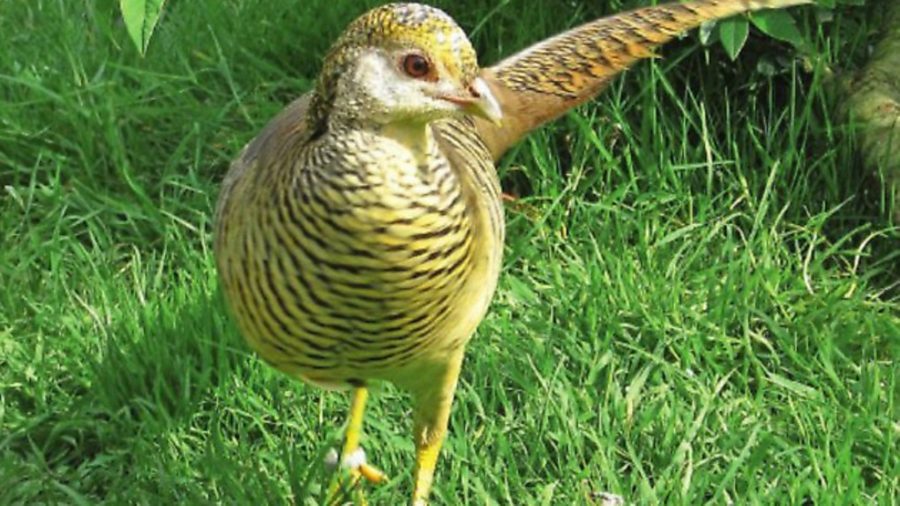 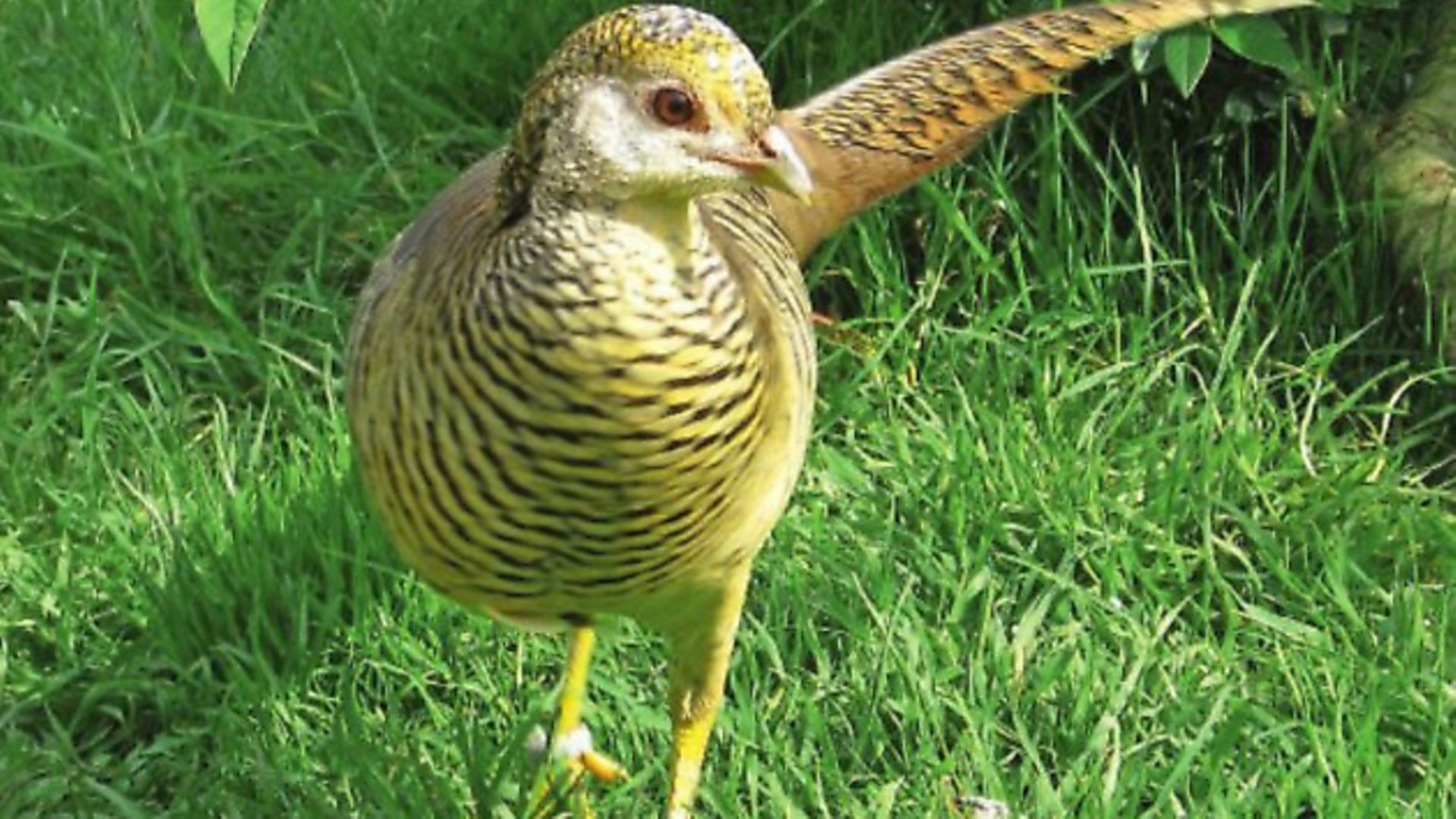 You could blame (or thank) the people next door for what Zoe Hunter and Alan Downie have thrown themselves into over the past 10 years. It started when a neighbour, in Wigtownshire in south-west Scotland, offered a couple of bantam hens to Zoe and Alan’s children in the summer of 2003. What harm could it do later to buy a few more?

And they did. “Ones that looked pretty,” Zoe told me, “… and a cockerel. The eggs were a great plus, but they were mainly for my kids to have animals to look after. I had worked with dogs, cats and other pets and Alan had always been on the farm with his dairy herd of cattle. I intended to go back to work once my children were settled at school, but I had grown used to my own routine and not having a boss, so I preferred the thought of doing something for myself. I enjoy seeing how animals behave in the wild but still like to nurture them.

“It was on a family day out when we saw golden pheasants (as well as Lady Amherst’s and True Silvers) and Alan mentioned that he had always wanted them after seeing them as a child. I had never known the birds existed. When we got home we looked them up on the internet, started phoning breeders and, before long, we were hooked on the idea of trying to rear and breed these birds that were vulnerable in the wild and becoming more so, due mainly to habitat loss.” 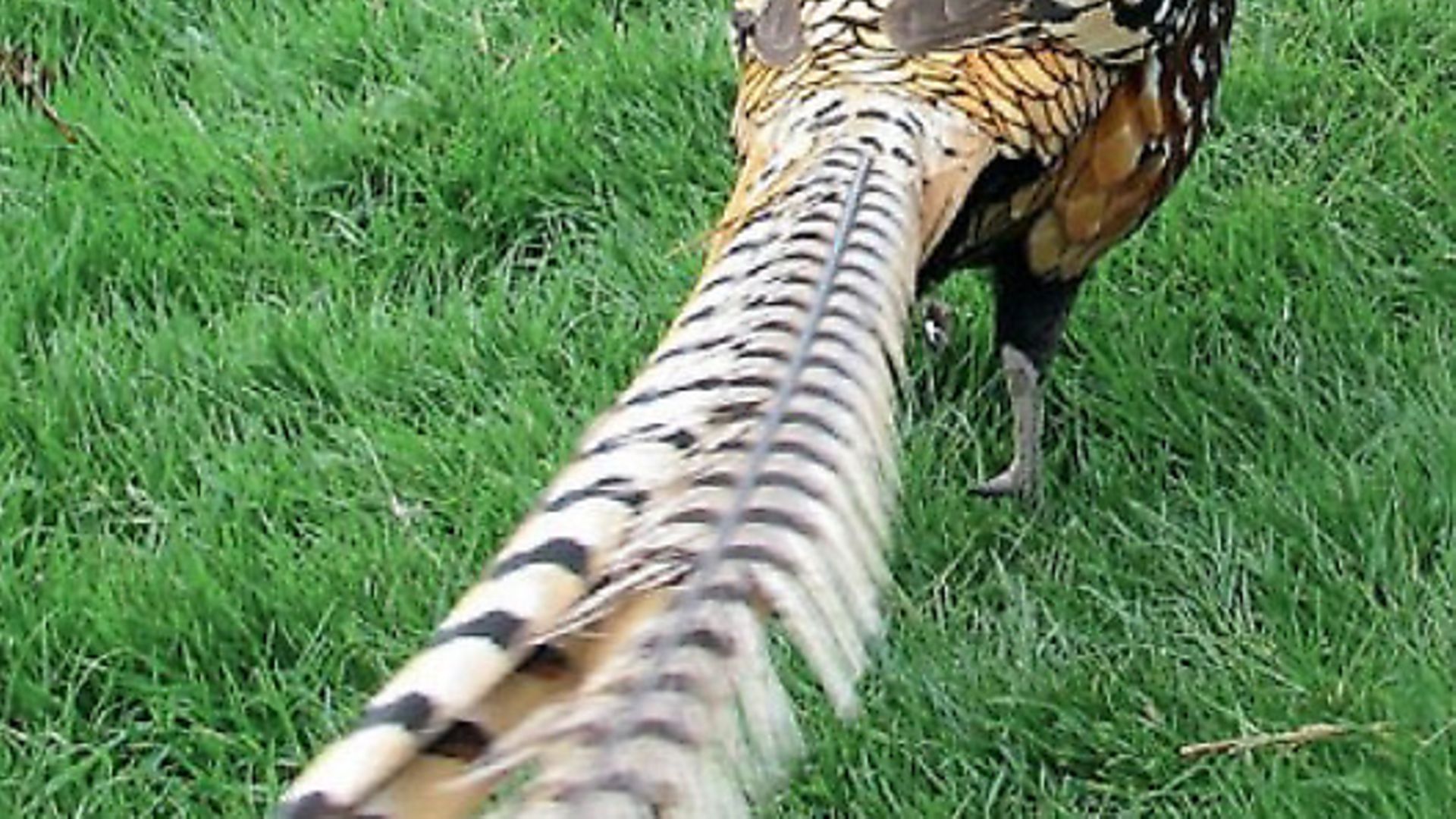 These colourful ornamental pheasants come from Asia, mostly China, Japan and surrounding islands. Some species are too rare to be available in captivity, with many vulnerable or endangered in the wild. Deforestation is the main cause and hunting has also played a part in the decline. Although the Reeves pheasant is fairly common in the UK, its numbers are dropping in the wild (it’s now classed as vulnerable on the IUCN Red List) where hunting for their fine tail feathers will hasten the species’ downfall.

“During 2004 we spent a long time asking breeders about aviaries and what the birds may require before deciding whether to buy pheasants at all,” Zoe said. Planning an aviary came next, and Allandoo Pheasantry was born. “Long before getting the birds we realised that to do things properly we needed more than just a few pens as no good can come from inbred animals. The problem was that this meant bigger capital costs. As it is cheaper buying materials in bulk than building a few pens each year, we started with an aviary of 16 pens and ordered birds we liked over eight months earlier, giving us time to get building.” The planning took ages. “We looked at countless photos online of all sorts of aviaries and I visited the aviary of the breeder we got our first birds from before building our own. We also got an aviary planning DVD from the World Pheasant Association.”

Zoe and Alan feel it’s important to establish plants in the aviaries. “Many don’t survive,” Zoe said, “but if you start with cheap hedging plants or whatever grows freely, something establishes. It helps to cover small plants initially or have them well-established before introducing pheasants. Plants give the birds something to peck at so they’re less likely to peck each other (or eggs). Their foliage, berries, flowers, bark and roots also provide food and attract insects for the birds. Plants offer cover in bad weather, protect hens from amorous cocks, and provide a good place to lay eggs under and for evening roosting. 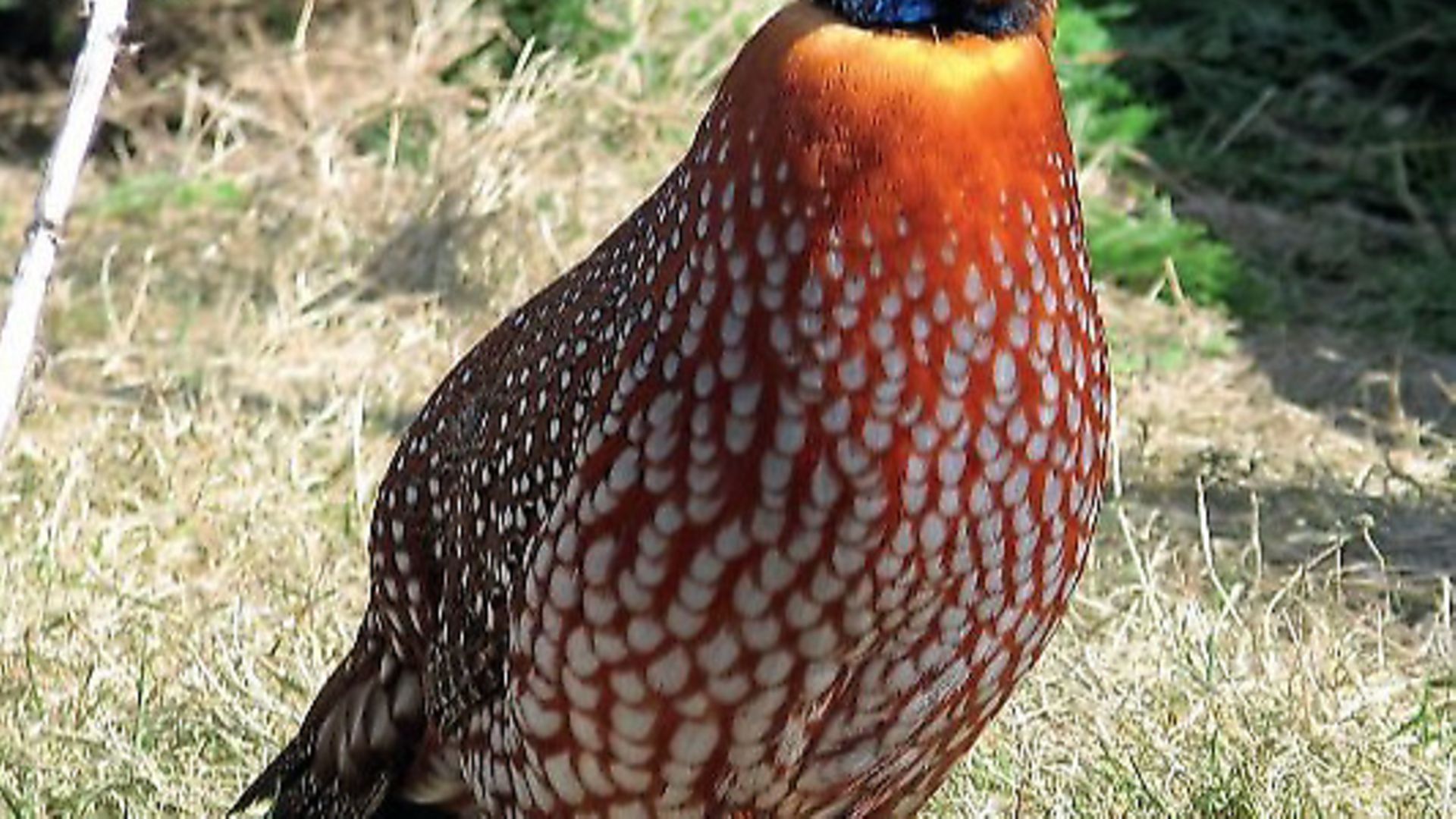 “After the planning we knew it would be a business. We didn’t expect to make a fortune but we do have a family to feed. At that time, the milk price was plummeting and many farms were diversifying, so we thought that could be our way of doing so. We’d have our pheasantry instead of the usual B&B or contracting work. In the end we made it a new business partnership for us both. It took a few years before we managed a profit, but we now have a successful business, although I’d be lying if I said it was an easy way to make a living. But it’s what we enjoy.”

Zoe and Alan do all the work themselves and pay only a courier for their UK-wide deliveries. After breeding pheasants for a few years Alan sold the dairy cattle to concentrate on the birds, although they still have a small income from the farm and a wind turbine they own.

Alan has become good at DIY and enjoys joinery, and he felt confident adapting some of the better designed aviaries they researched, given that he’d never even built a shed before. Zoe helped, having had no experience – “I could just about hammer a nail into a soft bit of wood when we started” – and before long they were ready to apply for planning permission. “Luckily, my dad’s an electrician so he came in handy for the lighting and heating,” she said. 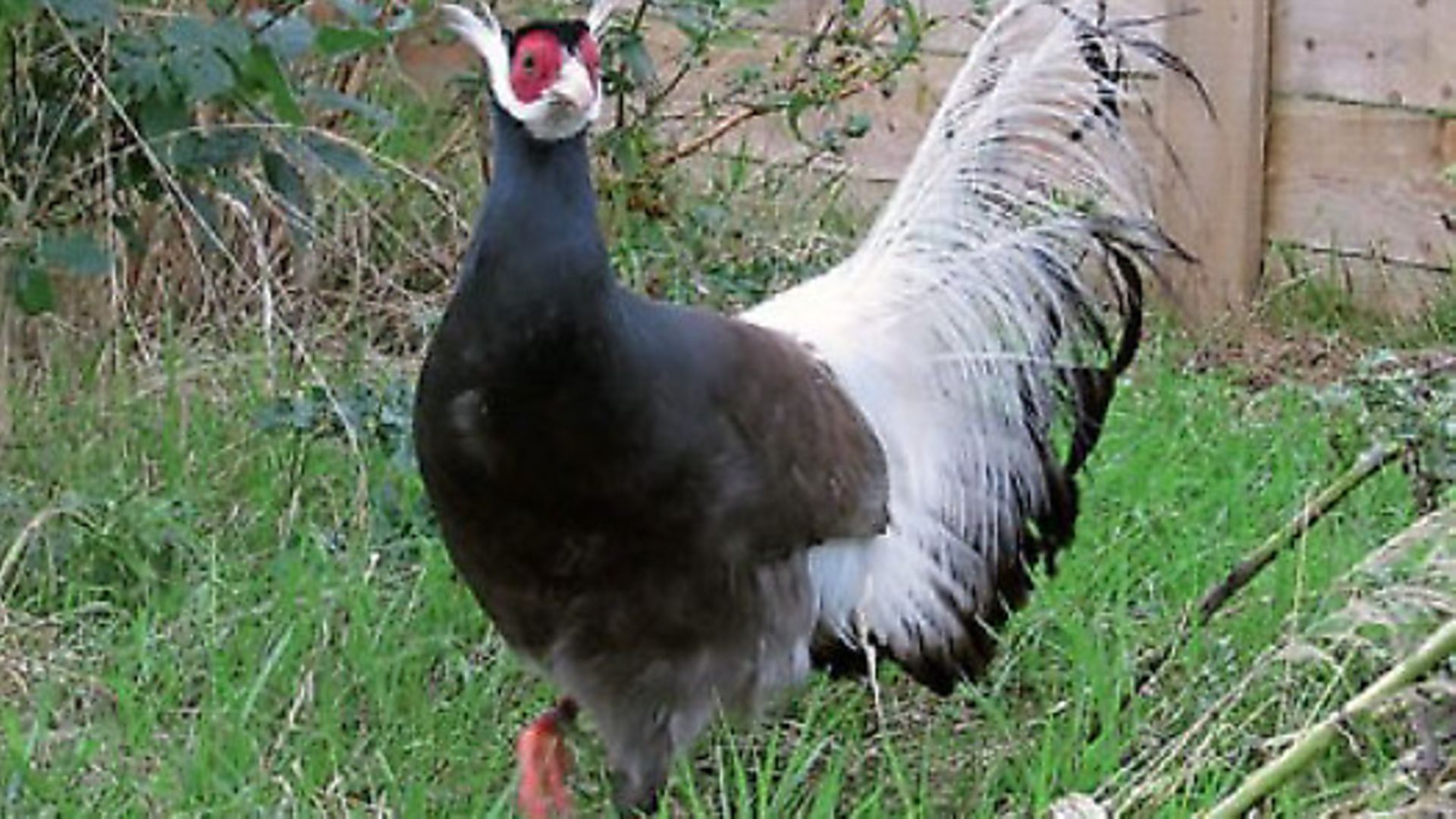 “We do try and help any prospective customer decide whether our birds would be a good choice and no doubt put some people off the idea of pheasant keeping, but it’s important to us that our birds go to homes with keepers that can provide them with the environment and care needed to thrive. We always check that buyers know the birds’ needs, and stress that they’re aviary birds. (A cage or chicken coop will not suffice and, while free range sounds ideal, it also has dangers.) On the whole we’ve found our customers and other bird breeders to be lovely, caring people and I enjoy chatting and helping them and learning from them too.

A breath of fresh air has been the help they’ve received from pheasant and other bird breeders, despite surprising criticism. “We’ve had a few nasty comments over the years, suggesting we are cruel for selling them and not being a charity. I can’t see the problem. Because we’re a business we can spend much more time with our birds. Our customers return and recommend us because they know we look after our birds well and sell them good, strong and healthy pheasants. Just because we sell birds rather than beg for money to breed them for conservation doesn’t mean we don’t care.”

The birds have obvious charm, whether in their striking colour, iridescence, long tails, or the sight of a Tragopan cock blowing himself up to impress his mate. Zoe describes this as being “like he was using a foot pump to expand his horns and bib to their full brightness of colour before jumping and wheeling around as if in a Benny Hill sketch”. Witnessing cheeky displays like this makes Zoe and Alan’s work in conserving these individuals even more satisfying, as they raise awareness of the birds’ plight in the wild. “In the UK there are enough of some species to breed good birds and keep the strains pure, so that in the future there is always a chance of reintroducing them back into the wild.” 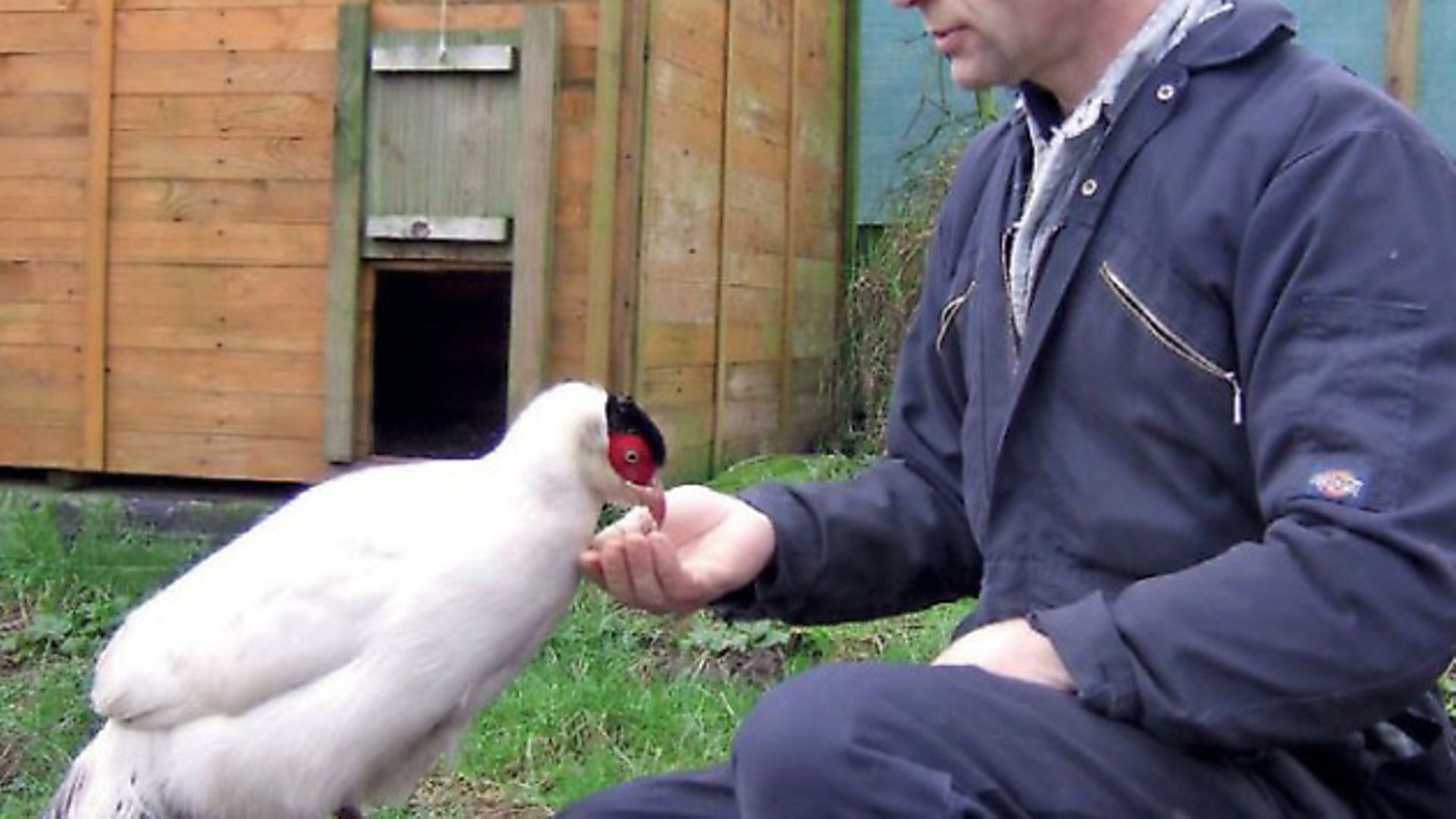 I ask Zoe what the birds think of life in an aviary. “They are relaxed when they’re in a good one,” she replies. “When they have space and cover they soon come out of their shells. With places they can reach easily and hide and see out of they remain much calmer. They’ll then respond to treats offered and will start coming closer to their keeper and reward them with behaviour you’d normally only see on a TV nature programme – scratching, pecking at food, drinking, preening, dustbathing, sunbathing or displaying (all as if you are not there beside them). They may even eat from your hand or jump on your knee.” There’s nothing like feeling wanted (…even if it is just for a few extra peanuts)! 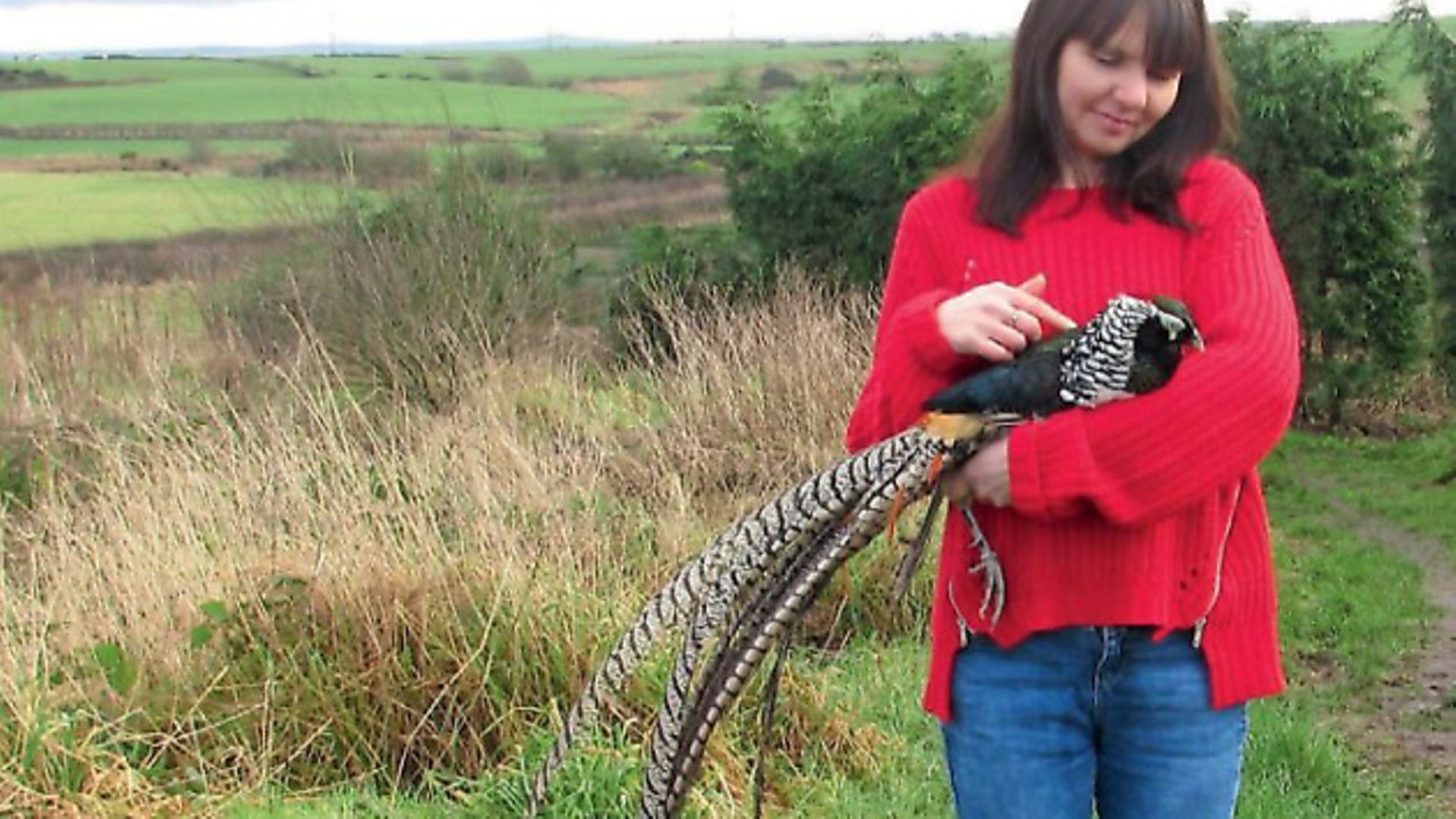