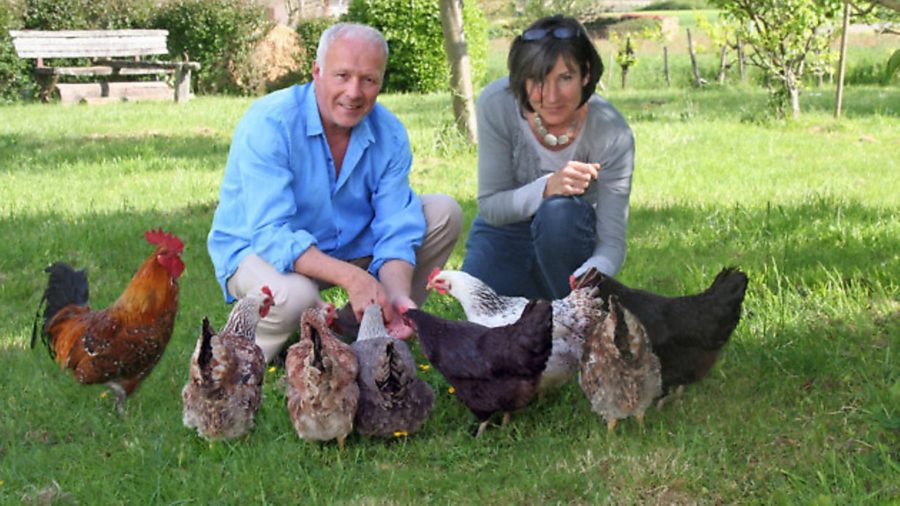 For artist Perry Taylor, chickens are his muse. He talked to Janine Marsh 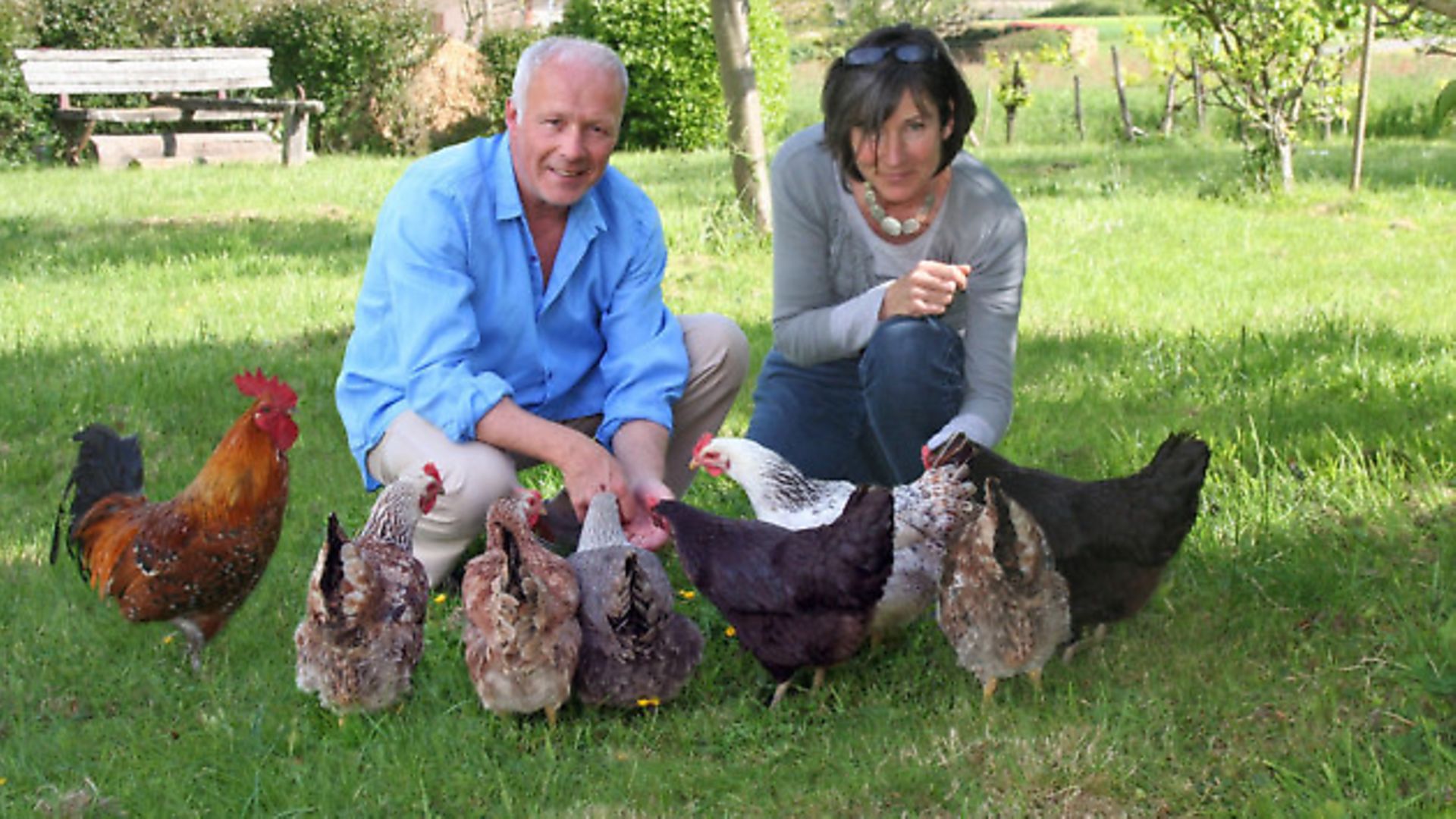 When British artist Perry Taylor and his Dutch wife Caroline moved to rural Gascony, south west France, one of the things they were really looking forward to, apart from the gorgeous countryside, fabulous cuisine and wines and laidback lifestyle… was keeping chickens.

“We live in a 250 year-old farmhouse and having chickens around makes for a homely feeling, bringing the courtyard and garden to life. We started with the Light Sussex and over time we’ve had a real hotchpotch of blacks, greys, browns and speckled egg layers. They’re always on the look-out for something to eat, they follow you around, especially when working in the garden, waiting for some grub or worm to be thrown to them,” says Caroline.

Not only do the couple enjoy the eggs from the chickens but there are other benefits too – Perry, an artist, discovered that the chickens were a rich source of inspiration for his quirky drawings.

“There’s Queeny – she’s really bossy, and Cinderella, she’s at the bottom of the pecking order… they all have different personalities and we love them all. Little Cilla Black became a favourite when she and Floppy (Light Sussex) were the sole survivors of a fox’s visit. They became inseparable, so when Floppy died, we got a new batch of different breeds. Cilla immediately went from underdog to queen bitch and pecked them all into order, except a white one that looked like Floppy. These two firm friends now take the highest perch in the coop, along with Rusty, a cockerel.”

Perry loves to sit and observe the chickens going about their daily lives and sometimes that creates the basis for a drawing idea. Caroline says: “We were once playing boules and when we threw the yellow ‘pois’, a couple of chickens came running after it, probably thinking it was food. Perry’s drawing ‘Jeu de Poules’ came from this”.

Perry recalls seeing four chickens and Rusty the cockerel all cleaning themselves under their wings and tails and for one magic moment, none of their heads were visible, which gave rise to his painting titled ‘Headless Chickens’.

Caroline explains how another favourite came about “Our neighbour has black Gascon chickens. One day one got loose and came over to inspect our Light Sussex. Perry wondered what would come out if they bred. His ‘Black chicks’ drawing was the result”!

Over the last few years Perry has become quite a celebrity in Gascony as his witty and whimsical paintings have captured the charm and spirit of French rural life.

Popular in France, Britain and with Francophiles around the world, his first book Petites Gasconneries featuring some of his most popular chicken drawings was a sell-out. His just published new book Bon Moments is bound to go the same way.

Perry says of his birds: “Their curiosity and mannerisms are fun to watch and when they get used to you, they like to be in your company. Ours like nothing more than nestling down or preening right next to us, which really does give us a feeling of well-being.”

Not many artists have a chicken as a muse, but for Perry Taylor it works well!