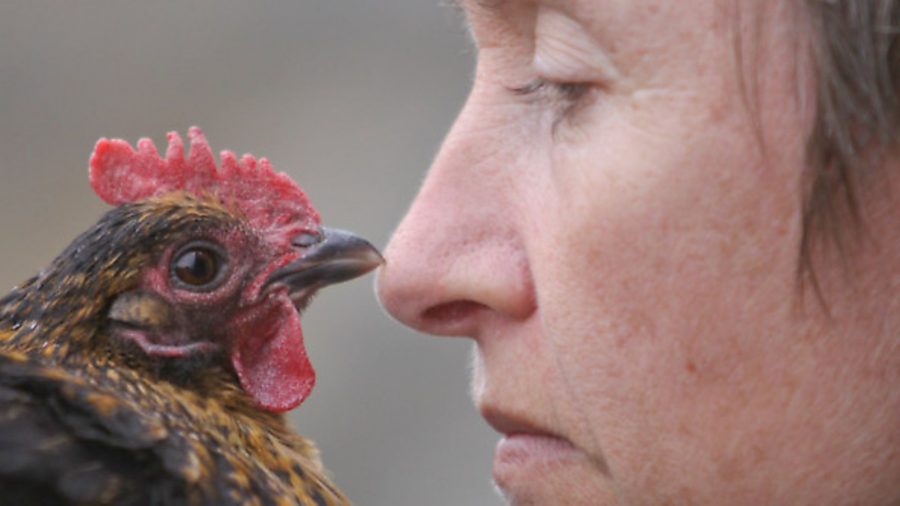 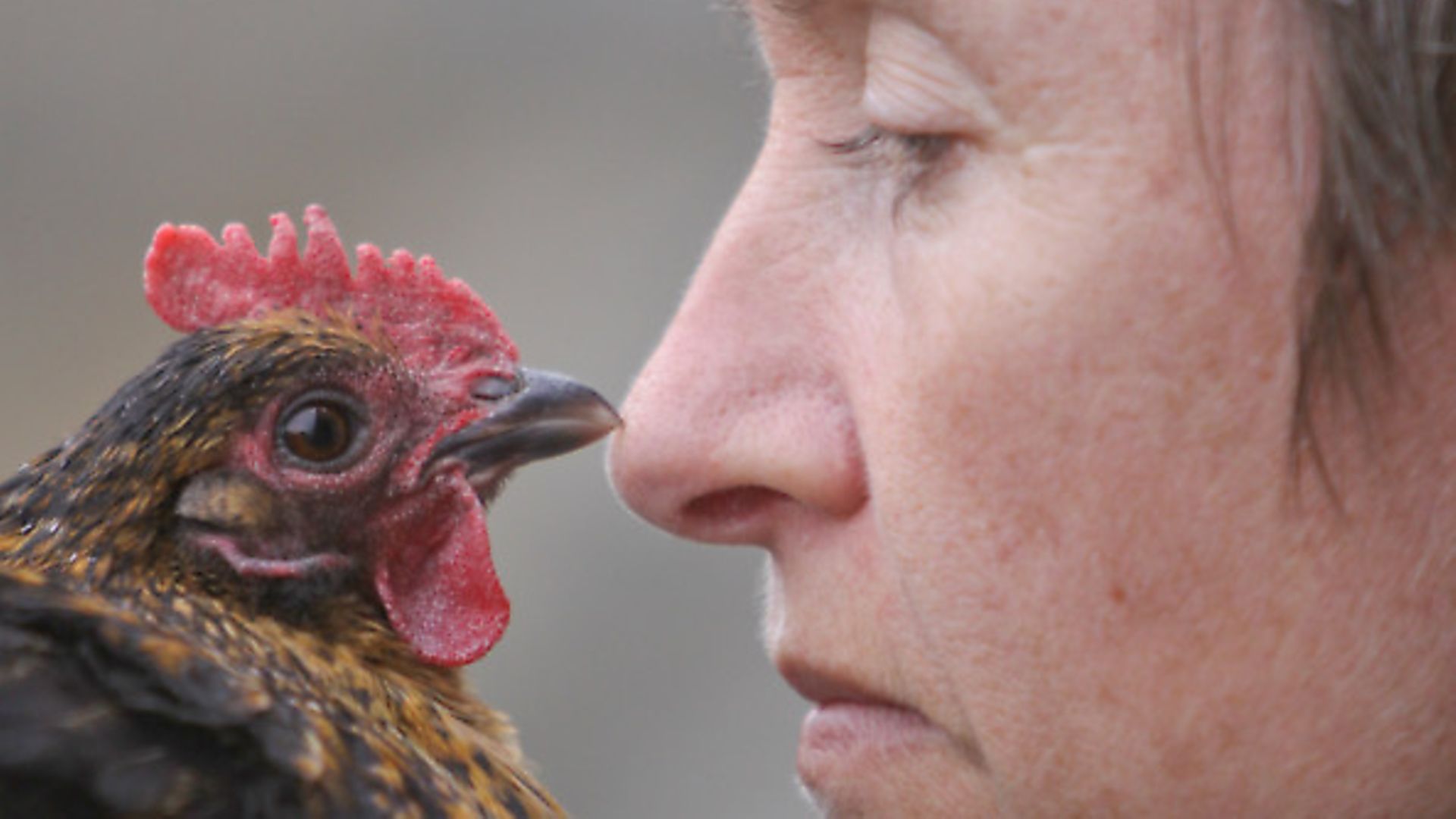 Mignon came into my life quite by accident. I first met her on one of my cockerel swapping escapades with my friendly neighbour, Daniel.

After setting down my cockerel, Daniel pointed out my ‘swap’ —a naked neck pullet. Surveying his melange of chickens, ducks, geese and rabbits, Daniel suddenly sprung into action (no mean feat for someone who has an undeniable liking for duck confit), making for a scrawny black bantam hen. Squawking and protesting profusely at being caught in such a manner, the hen was thrust into my arms. There was an immediate transformation: I could feel her body relax as she snuggled herself into my chest. I was smitten by this scruffy little hen!

Putting her down, I agreed to return the following morning. I spent the night wondering whether I would offend Daniel if I asked whether I could take the bantam instead of the pullet he’d earmarked for me.

When I arrived at the allotted hour, a cardboard box was waiting for me. Before I could finish my greetings, the bantam was caught and thrust unceremoniously into the box. Without time to object, Daniel smiled, “She’s a special hen. I know you’ll look after her.” With a profusion of “Merci’s,” I left with my treasures.

Mignon and her friend were consigned to the field. It wasn’t long before Mignon had other ideas as to where she should live. Irritated no doubt by being picked on by the larger birds, she squeezed herself through the fence and quickly realised that the little bridge crossing the stream led to my house. I’d find Mignon waiting for me in the courtyard. Despite putting her back in the field, I soon tired of her game as she relentlessly returned. I surrendered and she became one of the first residents of Chicken Cottage, along with her faithful rooster, Tiger.

Not long after Mignon’s arrival, I was unwell. I took Mignon with me to a covered outdoor area. With Mignon on my chest, her feathers touching my face, I fell asleep on a lounger. Three hours later, I awoke to find Mignon still sitting on me and she hadn’t pooped! That was the real beginning of our relationship.

I enlisted Mignon’s help in the vegetable plot. She was in her element, spending time working with me, eagerly anticipating the tasty morsel my fork might reveal. She had an understanding of where she should and shouldn’t dig and always gave newly sown areas a wide berth. She had a weakness for strawberries though — if caught, she’d just flash her big eyes at me as if to say, “Not me!”, I never got cross with her.

Mignon loved my company. She’d spend hours waiting beneath the rose bush in the courtyard, scurrying as fast as her little legs would allow when I opened the front door. Whether I sat on a chair or the ground, she would physically push her body against my ankle or thigh to touch me — being in close proximity clearly wasn’t enough. Sitting on my lap was shear bliss — it never took her long to doze off! I’ve never experienced any animal continually seeking out my company as Mignon did — a bond developed between us. I joked that she was the chicken who thought she was human…

Mignon crossed her rainbow bridge earlier this year — despite being devastated, I know that her spirit is still with me. For weeks afterwards, no hen would roost on her spot — it was as though they were expecting her to walk through the door at any moment. Chicken Cottage still seems empty without her.

Mignon taught me many of life’s lessons, particularly never to judge people or animals. Appearances can be deceptive; it’s what’s beneath the skin that matters. Whilst many would have dismissed Mignon on her appearance alone, I gave her a home and love. That love was returned in an unrivalled friendship. Thank you, Mignon, for coming into my life.