It was in retirement that Richard and Jenni Gurner decided to live the dream and keep some chickens at Romney Marsh in Kent. The reality was a little different to what they had first envisaged Words of Martin Gurdon 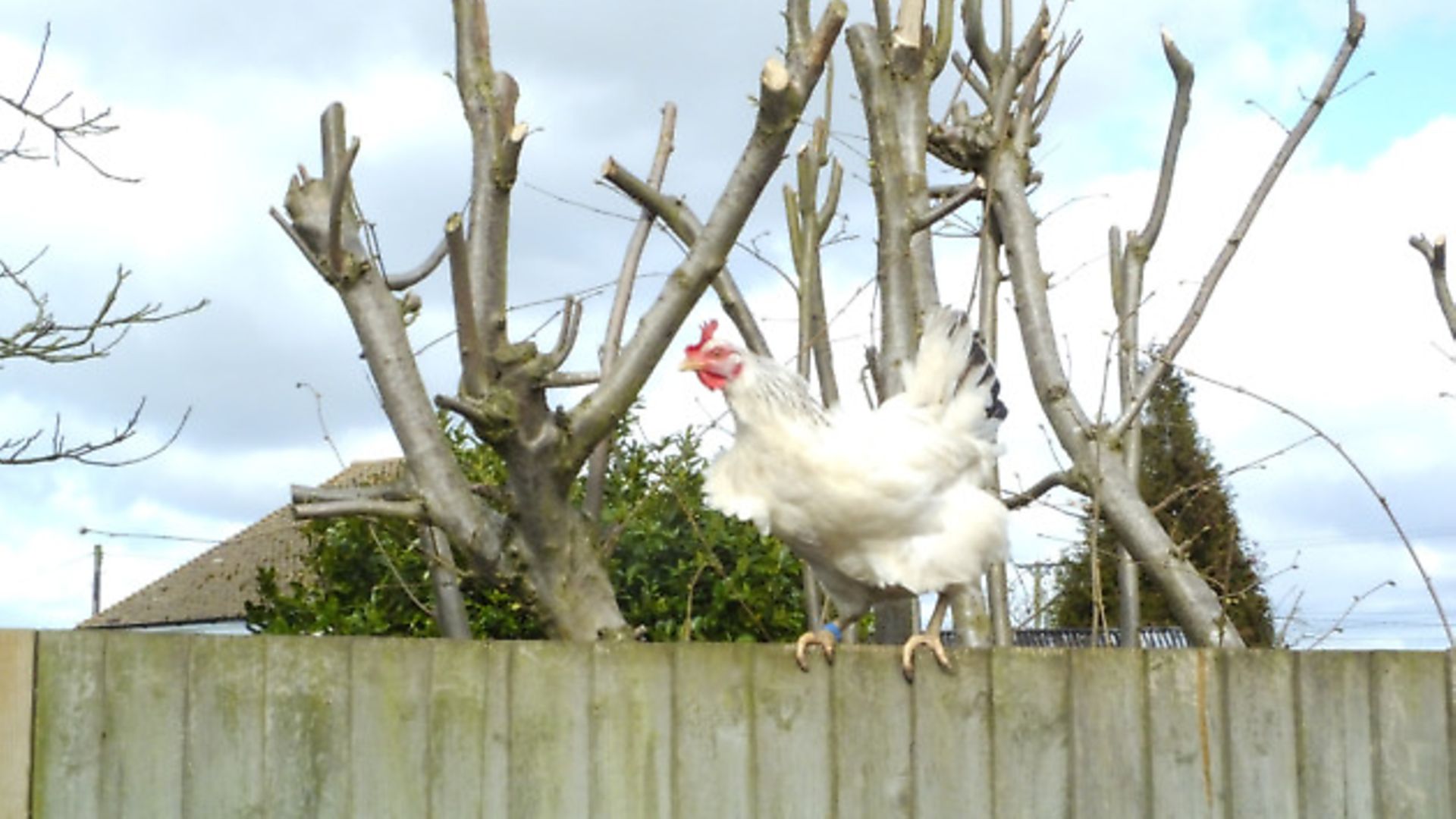 Home to Roost (with Chickens)

It was in retirement that Richard and Jenni Gurner decided to live the dream and keep some chickens at Romney Marsh in Kent. The reality was a little different to what they had first envisaged.

When they retired, Richard and Jenni Gurner (correct) decided that they would move to the country and keep chickens, but rather than this remaining an abstract idea they actually did it.

A worryingly long time ago, Jenni and I worked together on a magazine where I was a reporter and she was the editorial secretary, which meant that she was the organised, grown up one. The Gurners lived in the outer London suburb of Wallingon, and decided that they would move to Romney Marsh in Kent, which is about 10 miles from me and, after a 20-something year gap, we met to talk about this, and keeping chickens.

They’ve ended up in a charming, late Victorian family house with a decent sized garden, which they now share with four hybrid chickens and a couple of Light Sussex girls. Thinking it would be fun to see if the reality of chicken keeping matched their expectations, I paid them a visit.

“Getting the chickens was one of the first things we did,” said Jenni. “I volunteered at the local Red Cross shop and got talking to a woman who lives round the corner and keeps chickens. We bought our birds from her.”

So they became owners of Thelma and Louise, Wilma, Hetty and Doris and quickly bonded with them.

“Thelma was the littlest and nicest; she would come and sit on my knee,” said Jenni, who is clearly as much of mug when it comes to the birds as I am. Thelma was a serial layer of huge, double yolker eggs and eventually became egg bound, with terminal consequences, which finished up with 48 hours spent at the vet, in a fruitless, and presumably expensive attempt to save the bird. Does this sound familiar?

Six months on the Gurner’s Thelma-shaped gap has been filled by Poppy and Babs, two Light Sussex hens also acquired from the lady who sold the hybrids. Integrating them into the existing flock has not been without drama, with Babs in particular having quite a tough time.

“The only thing I find quite hard to cope with is how vicious the little b*ggers can be,” said Jenni. “Not to us but to each other. It really is a question of survival of the fittest.”

So Jenni and Richard now feed Babs on the roof of their chalet-style henhouse and, despite having clipped everyone’s wings, the bird has found peace in next door’s garden, and getting there involves ‘a leap of faith’ from henhouse to fence, then, at mealtimes, or when she’s inclined to lay an egg, returning after flapping her way up a tree until she’s level with the fence, from which she can fly into the run.

“We were very apologetic but the neigbours don’t mind a bit. Their kids, and the kids’ friends look out for Babs now.”

When I visited Babs, sensing the possibility of food, and perhaps a photo opportunity, appeared from the neigbouring garden and obligingly tottered up and down the fence.

The only other drama related to Poppy, a pulled leg muscle, antibiotics and six weeks imprisonment in a dog cage.

The Gurners are getting more eggs than they can use, so sell the reminder, which has also been a good way to meet their neigbours. They even compost the hen’s droppings and sawdust for their veg patch (“we call it ‘rooster booster,’” says Richard, who is camera shy so isn’t in the pictures).

Both birds and owners seem to be doing each other good. Jenni even has pictures of the flock on her iPhone. Producing a shot of them when they were newly arrived pullets she said: “I’m amazed at how they’ve grown. Now, they’re all fat and jolly.”

Which, ultimately, is why a lot of us keep chickens.