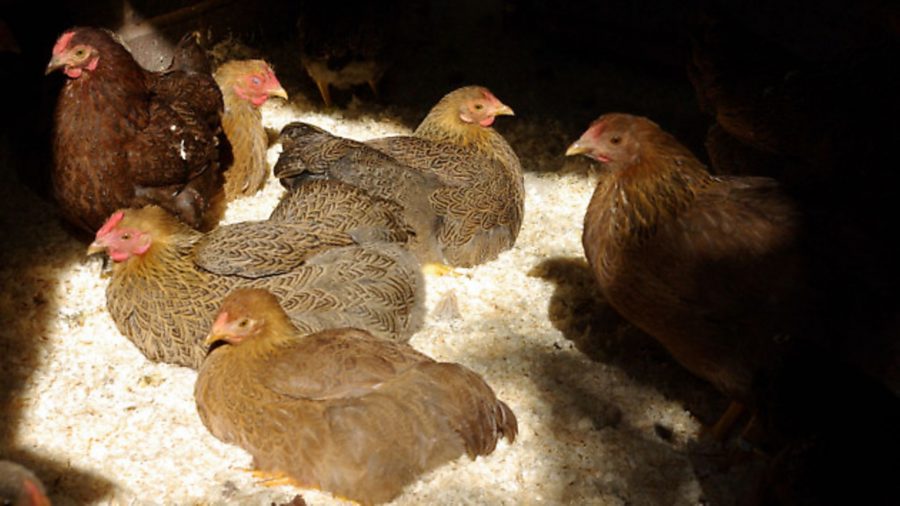 Birds of a feather don’t just flock together- they also preen, dust-bathe and retire to sleep at the same time, says Grant Brereton

Have you ever noticed how your chickens tend to be far more willing to do or try something if one of their coop-mates has tried it first?

Chickens are definitely’ influenced’ creatures, and I first discovered this to be the case when I was trying to shut my motley crew of layers away before an evening meal out one evening. I recall that, evening-after-evening in the summer months, they just didn’t want to be shut away. It was always much easier when one of them ventured in first, then the remainder of the flock would follow like sheep.

And they soon became wise to my throwing a scoop of mixed corn in the house. That trick only worked for a short while. There were certainly no signs of red mite, which can be a reason for your chickens not wanting to go into their house of an evening. A lack of willingness to be put away can be very frustrating; you are not going to enjoy that meal in the pub with family or friends if you’re imagining the fox wreaking havoc on your property. In my experience, it is always best to put your hens away than to risk it and be sorry. People often think they’re ok till 10pm in the summer months, but with the brazenness of foxes today, it simply isn’t worth the risk; I’ve seen too many people get their hearts broken this way.

What you will also notice, if you haven’t already, is that one particular nest box always seems to be the most popular. In spite of your best efforts to make them equally as attractive, and with an equal amount of light, the flock invariably singles out a next box of choice. Having thought about this a while, I wonder if it has something to do with trying to get their eggs in the clutch should one hen decide to go broody, and hence passing on their DNA?

I’ve also noticed in my flocks over the years that the dominant female frequently chooses which nest box will be popular. Whichever one she lays in seems to be the one they all want to lay in, and chickens will squash themselves in beside the incumbent hen or stand on the perch nearby and cluck waiting for their turn to add to the main clutch of eggs.

You may also have noticed that the dominant female in your flock always perches next to the cockerel, in an order of rank, with her being his main wife in a polygamous Mormon marriage.

There seldom seems to be a broody hen when you want one, and given the ability to do so many will go broody at the same time, which could be down to seasonal factors or the tendency within your line toward broodiness, but it seems to be a common occurrence in many pure-breed flocks.

But is this necessarily ‘influence’ or is it more a case of a timing factor – an internal clock that makes some breeds want to sit when enough eggs have been laid – particularly if they have been allowed to build up by their keepers?

You may have noticed that several of your chickens tend to dust-bathe at the same time. And this is a social occasion in my view. In my experience it often begins when the sun is out and a few of my flock begin to sunbathe and lie down and spread their wings. This soon seems to turn into ‘bath time’, with dry soil being flicked everywhere as they paddle their legs and shuffle their wings in the soil.

Preening also seems to be a social event, where one bird begins the process with several others in the surrounding area following suit. So while there may be a pecking order in place in each flock, it seems to be temporarily suspended while these grooming activities take place; but soon makes a return when it comes to feeding time.