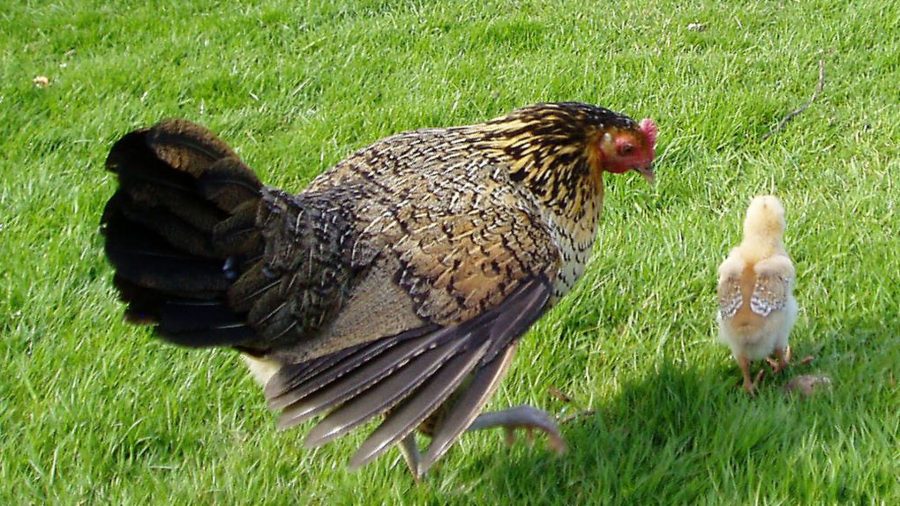 It’s well known that some breeds make excellent broodies, and some don’t. And it’s generally true that good broodies make good mothers. In fact, I’ve had some hens that were completely forgettable until they hatched a brood, after which they became ruthless psychotic killers, terrifying chickens, dogs and people alike. Generally, though, it’s a breed-specific thing. For example, my Speckledys have tended to be excellent mothers, whereas my Bluebells have never even gone broody.

This is why Beady has surprised me. Beady is a Derbyshire Redcap bantam cross. I have had several of these excellent birds and found them to be good broodies and good mothers. The only exception was a few years ago when one of my Redcaps hatched a single chick. The hen in question defended her chick until it was about a month old and then she abruptly abandoned it. I could see no reason for this behaviour, but I guessed that it was not worth her while investing a lot of time to raise a single chick. Redcaps are very wild and independent birds, so I supposed it was a brood-specific thing – apparently cold-hearted, but actually making good survival sense.

Beady, on the other hand, is a very different hen. She too has a single chick but, far from abandoning it, she has lavished extra care on it. The chick is now several months old and of an age where hens usually abandon their chicks, but Beady is sticking with it. The chick is almost as big as she is, and yet she fusses around it, finding food for it and snuggling up to it on the roost at night. Perhaps her philosophy is that she has spent so long sitting on her eggs and raising her chick to this age that she has too much invested in it to abandon it just yet.

Why would two hens behave in such different ways? I have been unable to come up with a theory that covers the facts in a satisfactory manner. Perhaps the answer is, as it so often is – hens are individuals, and behave in uniquely individual ways.