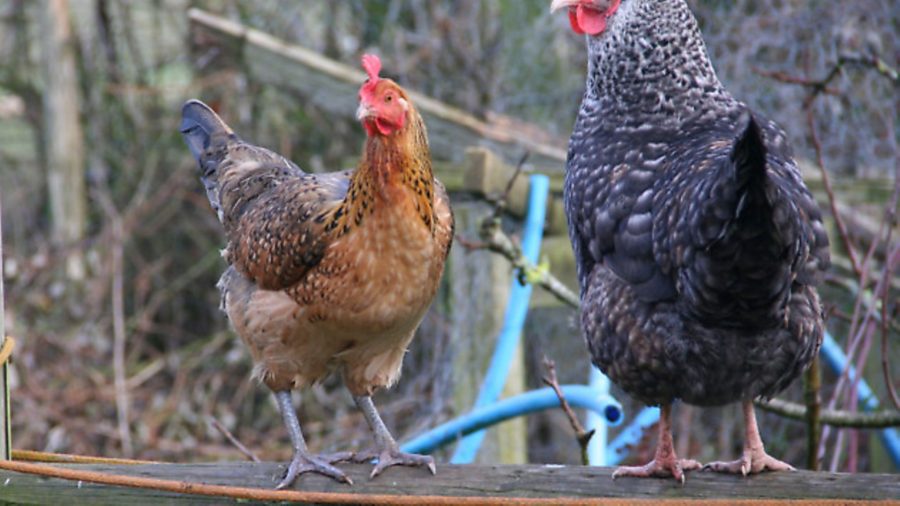 Personally, I am one of those people who views new things with suspicion and distrust. My chickens, on the other hand, love new stuff. Whilst I struggle to master predictive text, my chickens are downloading the latest apps to their smartphone (metaphorically speaking).

This is largely due to their ancestry. Wild chickens spent their days searching for food and looking out for predators. Nowadays, food arrives twice a day in a nice clean bowl and predators are few and far between, so chickens have an awful lot of time on their hands. They become bored. This is why they crave novelty – new type of food, a new patch of ground to graze or a new place to scratch.

The big exception to this rule is if you mess about with your chickens’ home. They do not like it, and they are not afraid to tell you so. At the moment I am in the process of redoing our chicken shed, and every new development is met with a chorus of disapproval. First it was the floor. Having laid cement over the old dirt floor, I covered it with blue plastic to stop the chickens standing in it. This did not go down well. The chickens eyeballed the plastic for a long time whilst making a noise like a nervous kettle coming to the boil. Eventually a hen plucked up the courage to stand on it before leaping back with an offended shriek – it rustled! The plastic rustled! The whole flock refused to go near the plastic until it was getting dark and they were left with no choice. Eventually they crept over the plastic as though it burnt their feet and flew up to their roost, muttering.

The next day they were more relaxed about the plastic, and were looking at me with friendly eyes until they discovered the next outrage – I had changed their roosts. The wobbly old roosts were gone and in their place stood a gleaming new set of roosts. The perches were rounded for added comfort, they were clean and they could easily be reached from the ground. The chickens were horrified. They much preferred the smelly old roost to the new improved one. I dread to think how they’re going to react when they see the new nestboxes I’ve made.