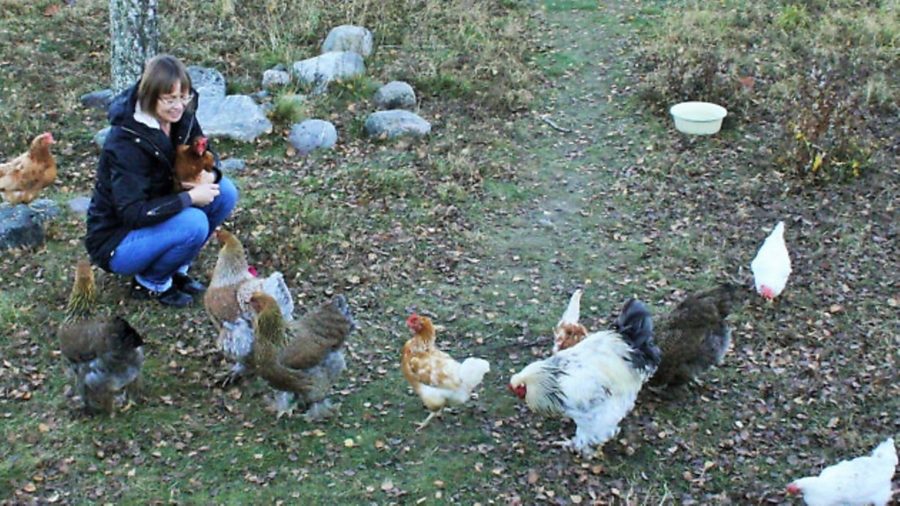 Keeping chickens is not just popular in Britain – it is a hugely popular hobby in many other countries too. Jeremy Hobson reports 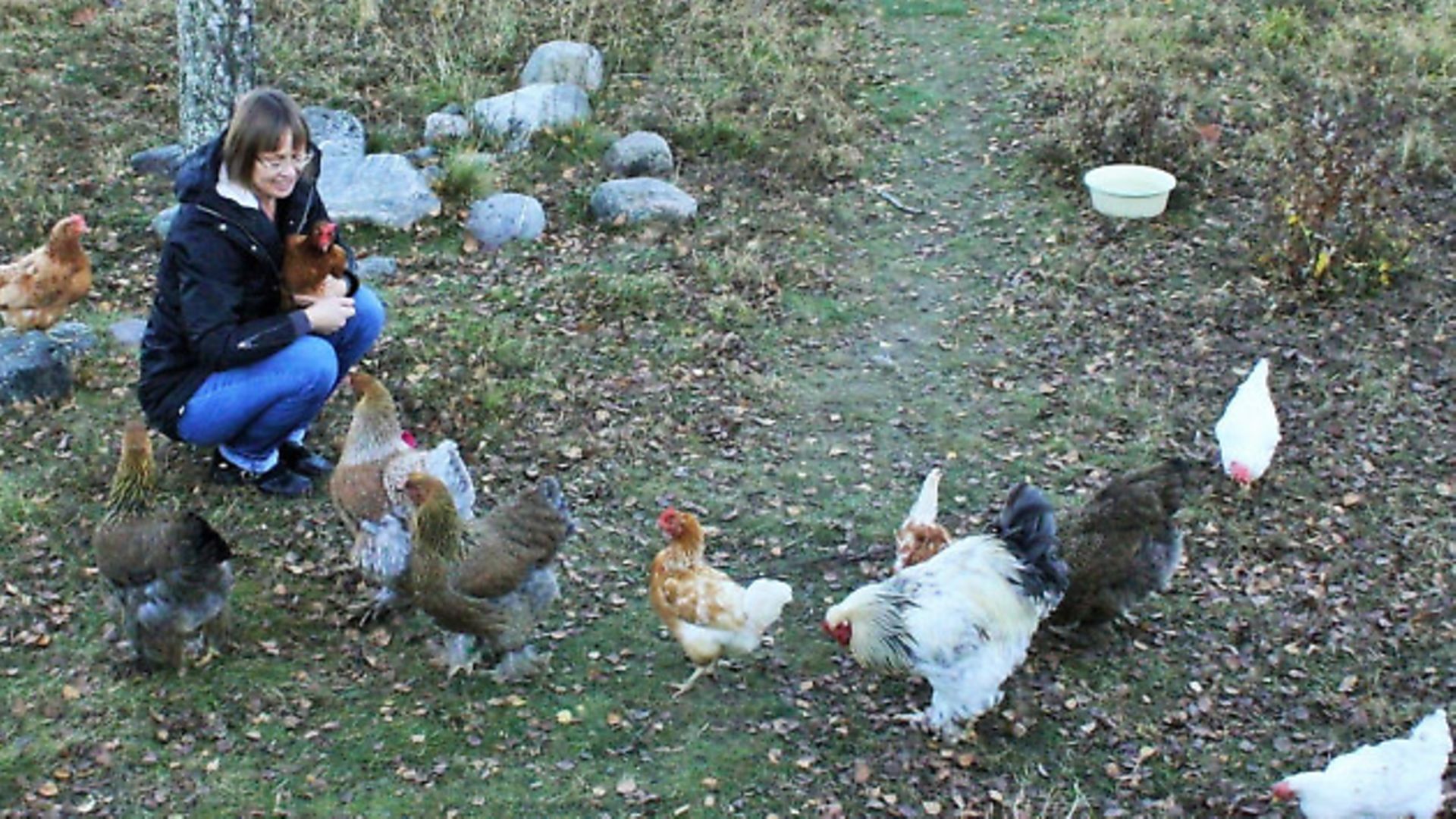 Did you know that there is an annual International Respect for Chickens Day? Held in early May each year, it shows that there is an ever-increasing interest in chickens in many corners of the globe, with back garden henkeeping a key element of this. This is particularly the case in Europe from where many breeds originated.

More and more British chicken fanciers are now travelling to European poultry shows, with Germany a popular destination, says Chris Parker, vice-chairman and past president of the Poultry Club of Great Britain. UK poultry expert and Your Chickens contributor Terry Beebe says: “The highest concentration of poultry keepers/fanciers is in Holland and Germany, with phenomenal interest in Holland.”

Here are some of the other countries where the hobby is thriving: 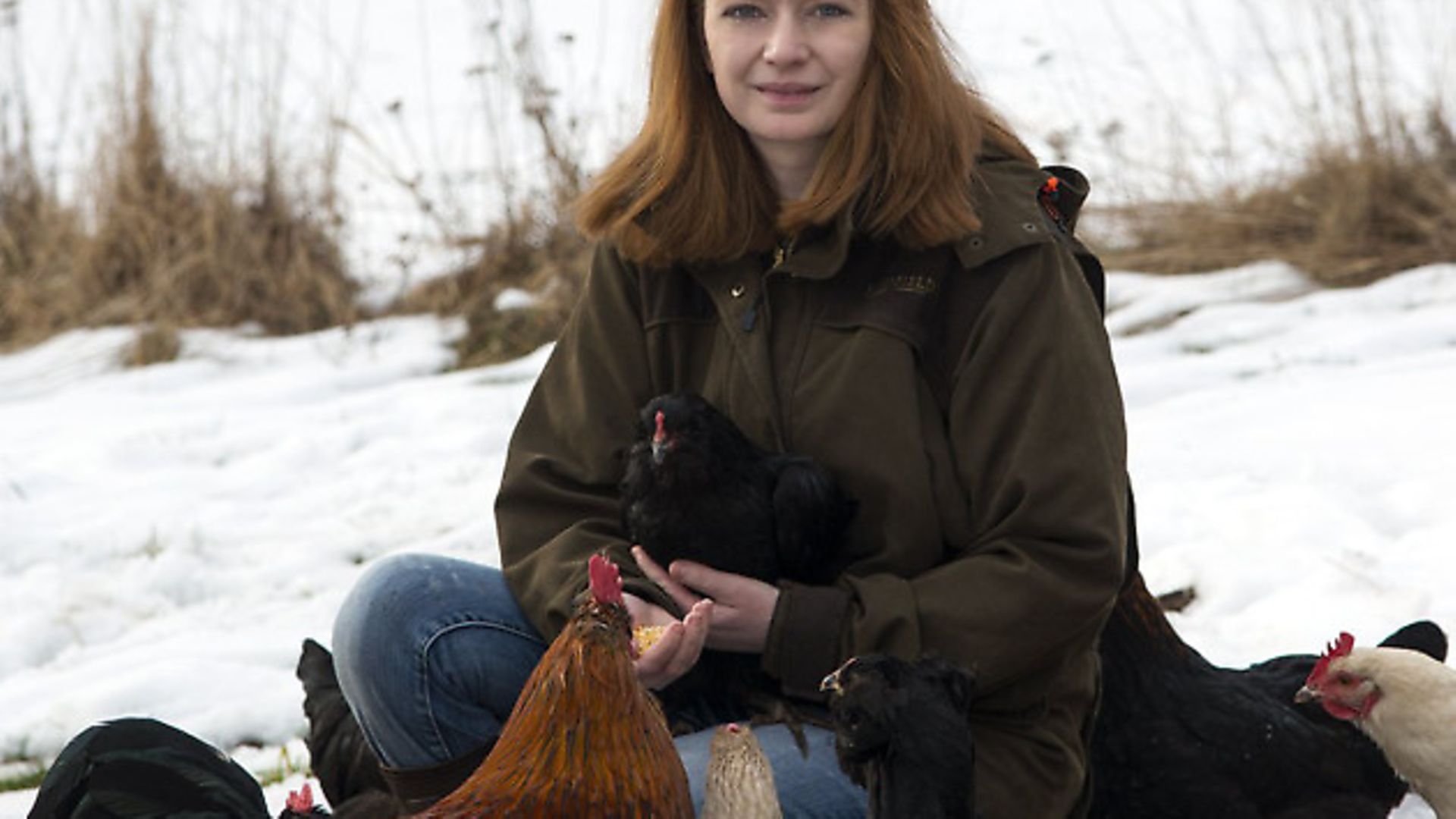 Enthusiasm is growing in Scandinavian countries. Swedish chicken-keeper Asa Andersson says that whilst showing is not quite so common as Germany and England, there is one big national exhibition every year with about 1,000 birds and a number of smaller shows. Tanja Pedersen, from Denmark, says there are around 4,000 members of their national poultry breed organisation, and about half exhibit their poultry. Between 80,000 and 100,000 families keep chickens as a small-scale hobby in their gardens, says Tanja. “An increasing number of people living in apartments also get together and keep chickens in their community. Over the last couple of years, the interest in keeping hens has exploded and groups on Facebook continually pop up, and many are joining each day.”

Amongst the larger breeds, the Danish national breed (Danske Landhøn) is there, but also the Australorp, Sussex, Orpington, Marans and Araucana, says Tanja. Given my love of the breed, I was delighted to learn that the bantam Wyandottes has a good following, particularly in the show world. Bantams are also much sought after in Sweden. Asa says the “cute Cochin” is popular because of its size and calm temperament and because it’s easier to keep in small areas. For those with more space, the Brahma is a common choice. Like Tanja, Asa mentioned birds considered the country’s native breeds. “They are hardy and have developed naturally over a long period, adapting to our climate.” 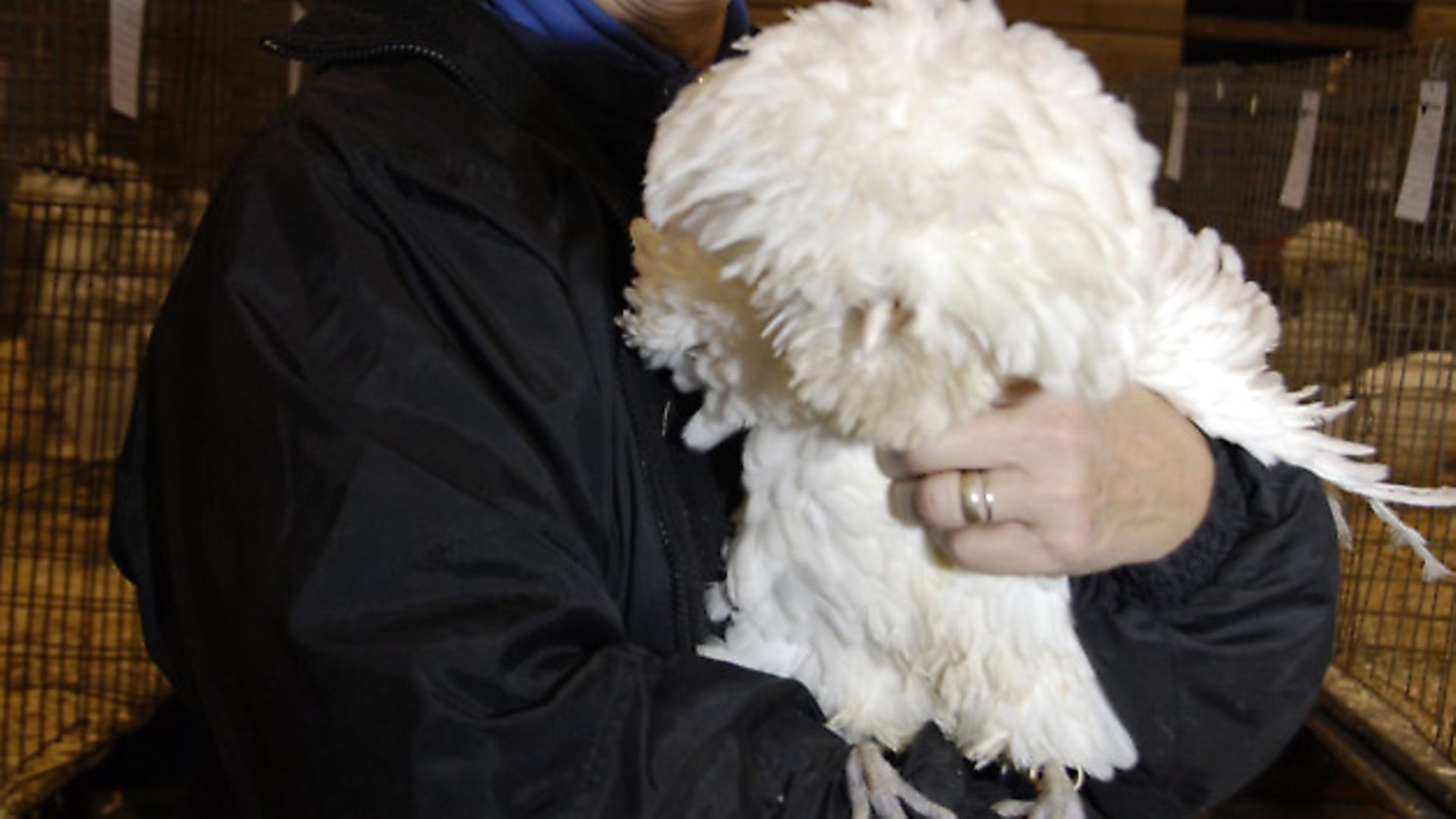 Over in the USA

American chicken-keeper Lisa Steele, who has previously featured in Your Chickens), says: “The latest wave of backyard chicken keeping has encompassed a brand new type of chicken keeper: those who name them all, keep them as pets with ‘benefits’ and intend to care for their chickens well beyond their best laying years.”

Terry Beebe is very familiar with the American poultry scene and travels there equently. “Back yard poultry keeping in the USA is huge,” he says. “For hundreds of years the American ‘homestead’ always kept flocks of chickens as a source of meat and eggs and today this practice continues.

“There is also a very large poultry exhibition following. Because of the size of the country, many fanciers travel long distances to attend. It is quite common for them to drive 2,000 miles or more for a three-day event.” 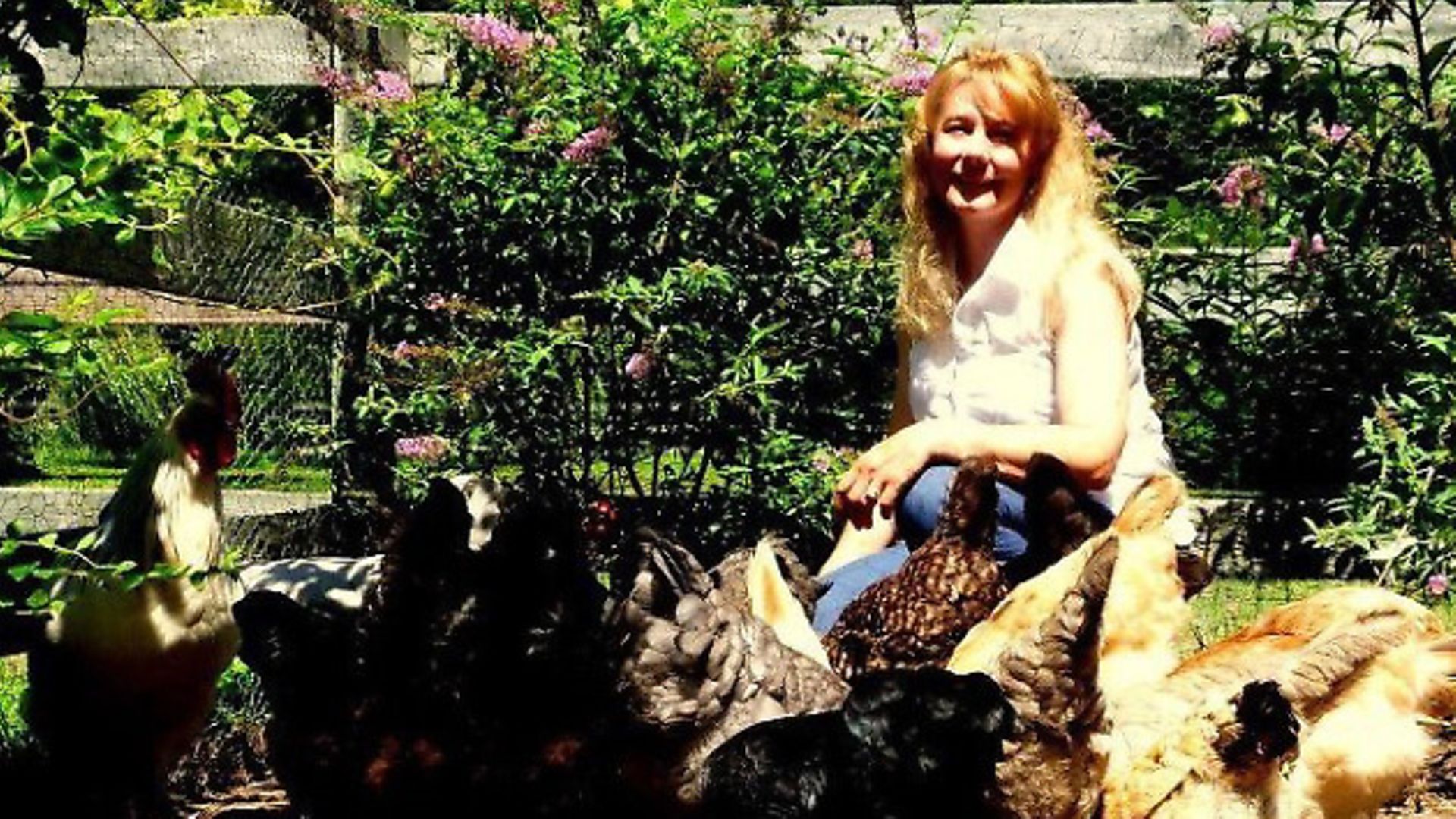 It is pretty much the same in Australia, says Chris Parker. “Fanciers think nothing of travelling for days to reach a top show, just as they do in the States.”

Australian chicken-keeping partners Skyann Peters and Crystal Austin says that whilst the hobby continues to gain popularity, there is not a great push for backyard enthusiasts to exhibit. “In our experience, it is mostly breeders doing that, although there are always a couple of backyarders at shows. There is, though, a new interest from backyard chicken keepers wanting to keep pure breeds of birds rather than hybrids. People are becoming more aware of how many different types of chickens are around and they enjoy having ‘pretty chooks’.” 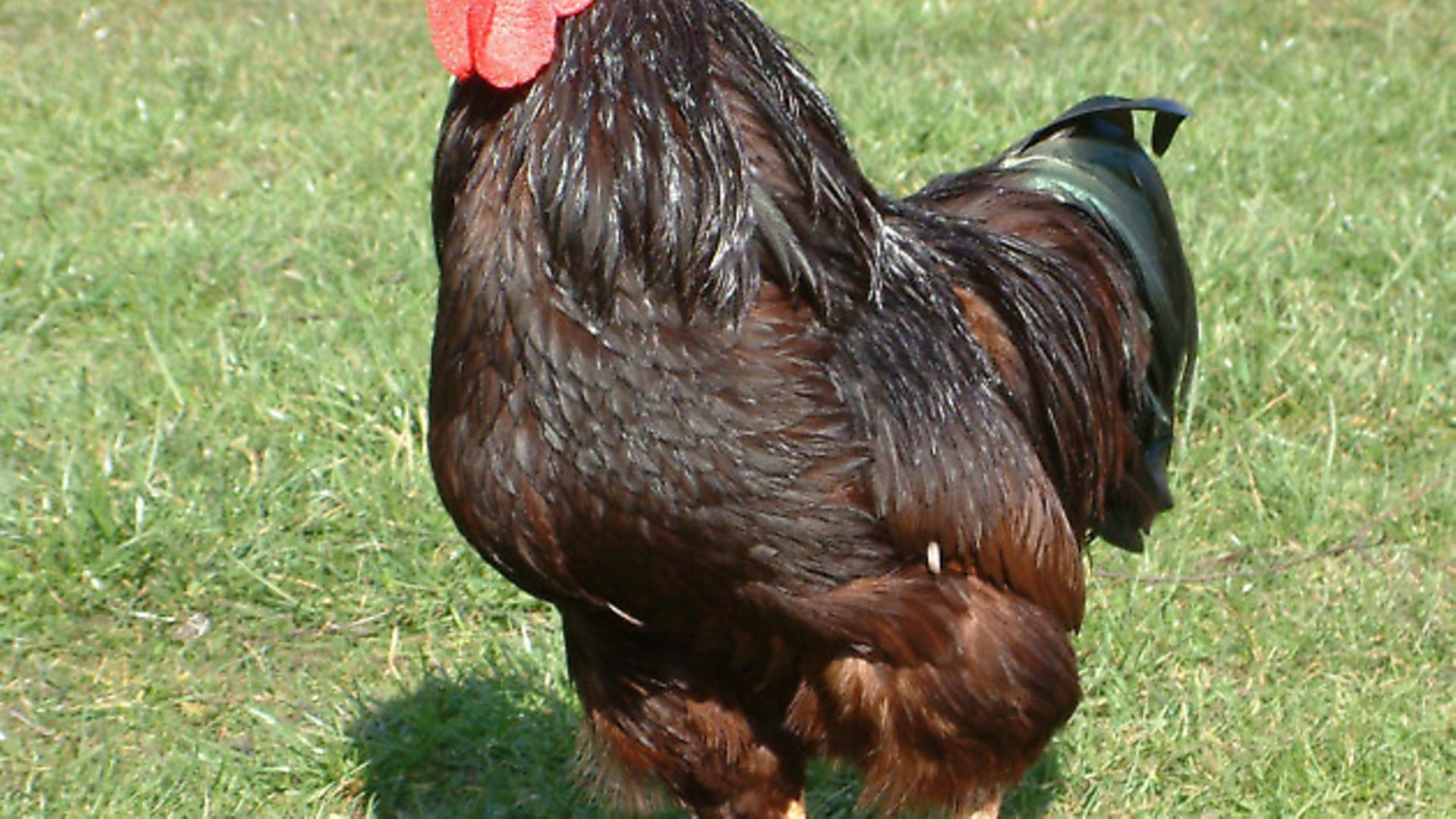 Jason Demetrious, who lives on the south coast of New South Wales, keeps several breeds for exhibition purposes. “I’ve seen photos of the same breeds from other countries, but I try to concentrate on the Australian versions so as not to get confused,” he says.

In parts of the Far East, chicken-keeping is popular for other reasons entirely. The abhorrent practice of cock-fighting continues in some places where many people make a living breeding birds for exactly that purpose. Whilst undeniably wrong, it has to be admitted that cock-fighting has, over the years, produced breeds like the Shamo – many of which can be seen in UK gardens. These days many more keep chickens for the eggs and pleasure they give than to fight. Even in urban Japan, where outdoor space is very limited, it seems that a lack of space is no restrictor. “Travelling through Japan, visiting a show and meeting fanciers was fascinating,” said Chris Parker. “Land is much more scarce, but the government helps to protect the native breeds and long tailed breeds especially have facilities funded from central government.”

Poultry breed standards do vary slightly from country to country. An example of the Rhode Island Red originating from America might outwardly look the same no matter where in the world you see its pure-breed counterpart, but there are some variations from country to country and continent to continent, a fact that can cause nightmares for some international judges. Sir Hans Schippers, a leading international judge from Holland, says: “I have been known to shut myself in a room and study specific breed standards for hours before I judge in a particular country. It’s important to get it right – when I judge, I feel I am a representative of that country’s organisations.”

Whilst standards are undoubtedly of great importance, sometimes enthusiasm more than makes up for a possible lack of quality. Chris Parker said that when he judged in South Africa, although there were fewer exhibitors, they tended to enter more birds, so there was still a good display for the public. Next door in Namibia – a vast country with a small population – he was not surprised to find a much smaller group of exhibitors. “But their enthusiasm could only be admired,” he said.

Jeremy Hobson knows the French poultry keeping scene well – he lives there. “Since moving to France a decade and a half ago, I’ve discovered many poultry clubs and groups, all of whom have an enthusiastic following at many levels,” he said. “Recently, at what was essentially a garden show, the local fanciers’ society had a stand which proved equally as popular with the general public as did the plants and flowers.”

Perhaps the most unexpected of personal European poultry ‘experiences’ was when on a trip to Asturias in northern Spain a few years ago, says Jeremy. “Visiting the capital, Oviedo, on an extremely wet Sunday night in May, there, on the upper levels of the ancient and historic town market buildings, my wife and I discovered pens and pens full of exhibition poultry – the quality of which would have made many a British fancier very envious indeed!”