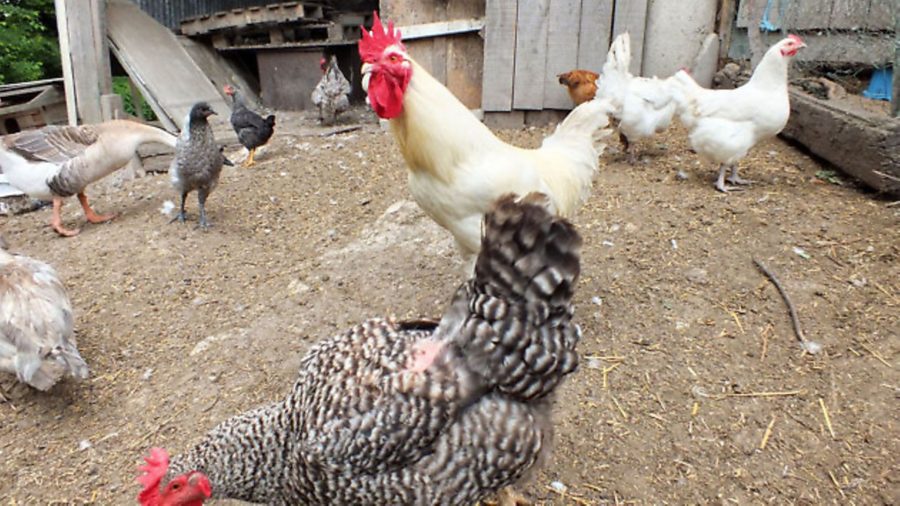 Marcel the cockerel had a near death experience. But he survived to crow about it… 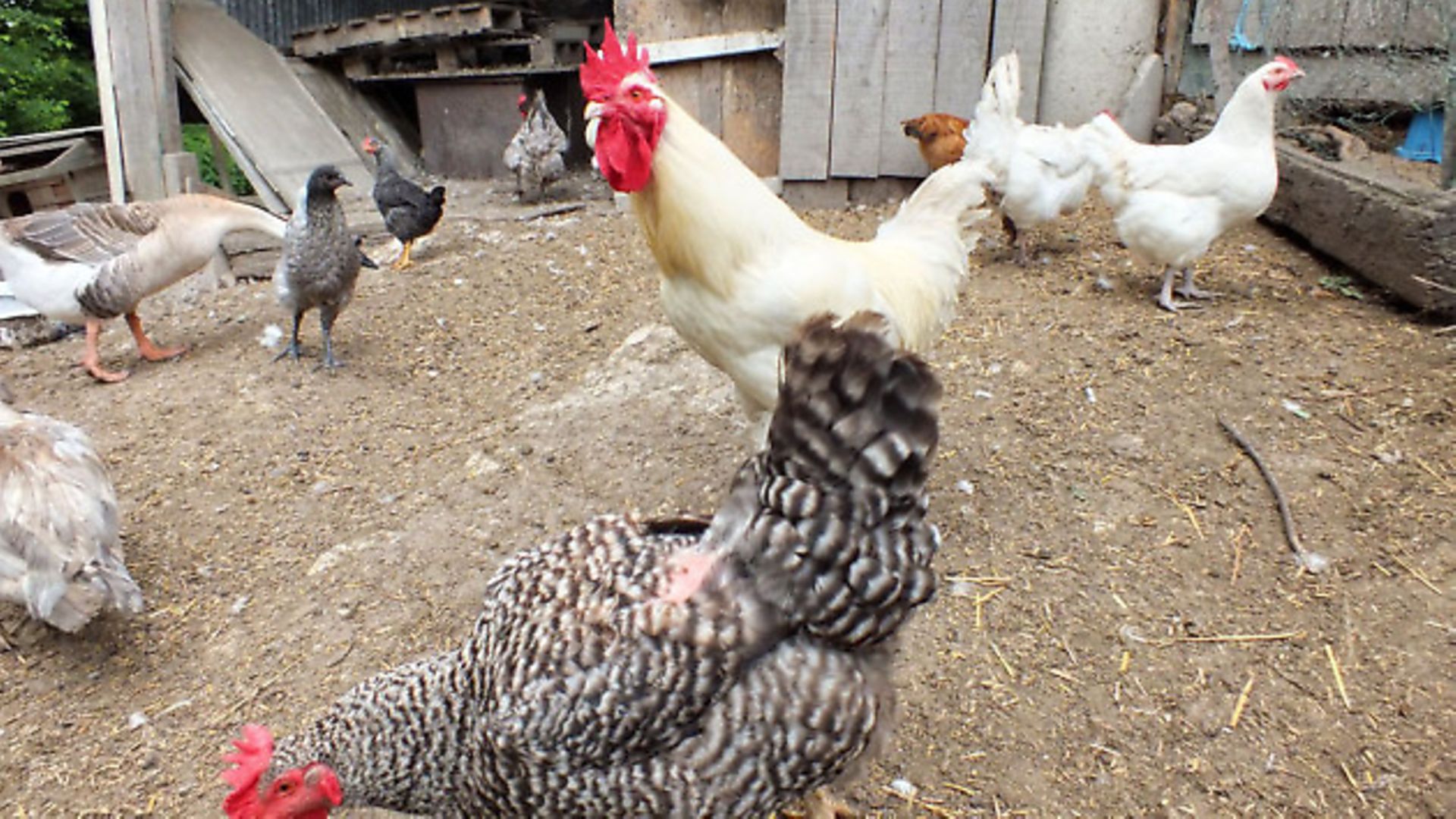 I have an ex-pat British friend who lives on a tiny island in the marshlands of St Omer in northern France. It’s the only place in the country where residents have their post delivered by boat to a series of islands along a vast network of canals. To reach her front door, you hop in a flat bottomed, wooden dinghy and pull yourself across the water via a chain attached to both river banks.

One day several years ago, my friend, Lesley, heard the clank of the chain signalling an arrival and opened the top of the stable door to greet her French friend Jacques. “Do you like coq au vin?” he asked and, when she replied rather bemusedly that she did, he lifted his hands to reveal a large, deceased cockerel.

It had one eye hanging out and its neck was flopped over and it lay there still as death. “A gift,” said Jacques. “He’s ready to pluck, and will be very tasty.”

My friend thanked him and off he went, pulling himself back across the river while she went into the kitchen to show Jacques’ present to her husband. Like me, Lesley doesn’t eat her birds, they’re just for eggs and more like pets. Sometimes she lets them sit and watch TV with her on the covered terrace of her cottage (she says they coo and cluck like crazy when Lady Gaga is on the screen). 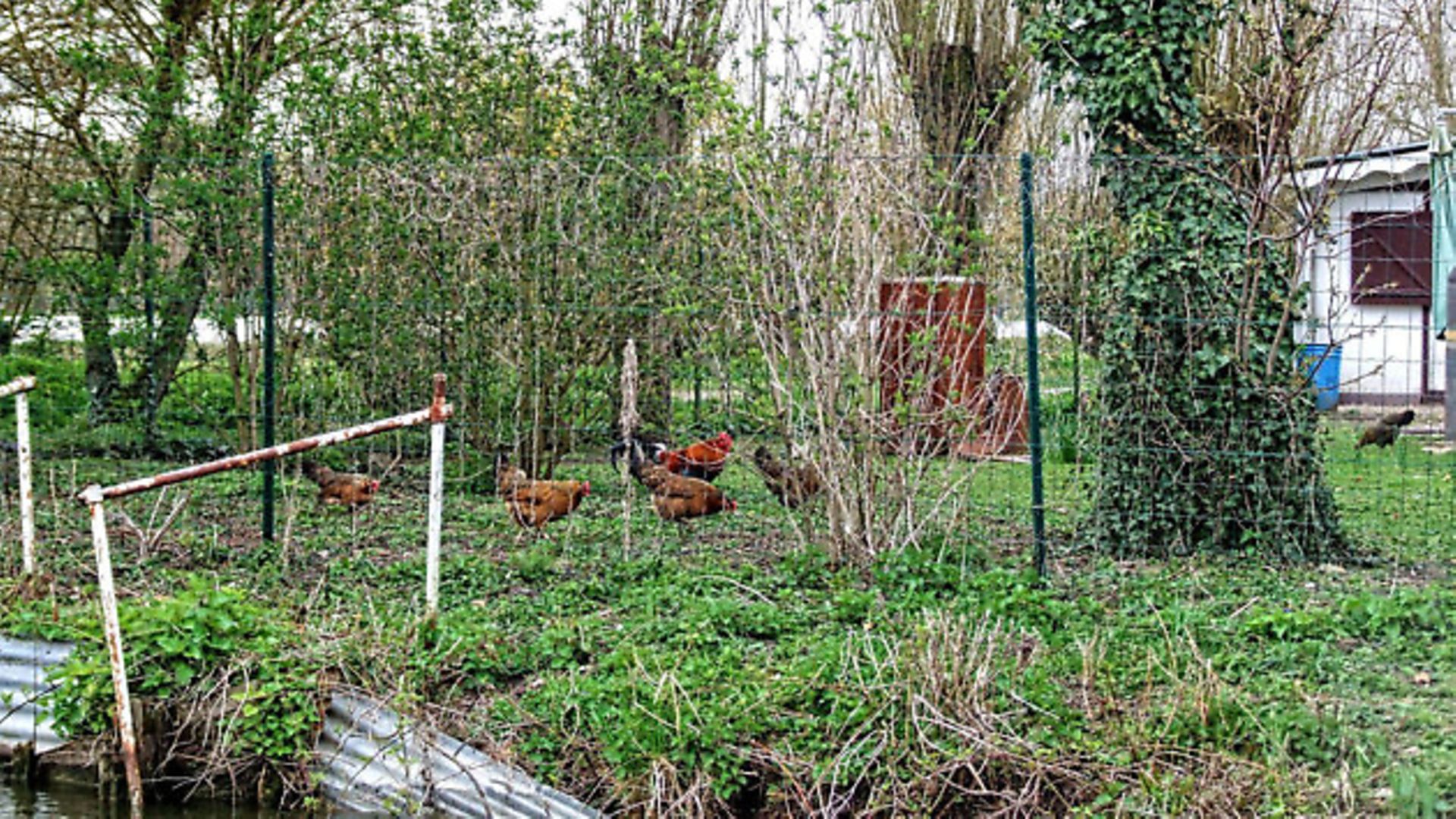 As the pair stood looking at the poor departed creature, the eye that was still in its socket opened, the neck shuddered and the bird gave a feeble squawk and sighed. They were flabbergasted at this turn of events and not quite sure what to do. Was it best for the bird to put him out of his misery or should they try to save him. In the end they sat up the whole night holding him, stroking him and trying to get him to drink and eat.

In the morning they went to bed exhausted and left him in a box with food and water. When they woke up, Lesley went to the kitchen expecting that their night nursing would be for nothing. She was amazed to be greeted with a feeble crow.

She named the cockerel Marcel, and the plucky bird that cheated death lived in peace on their island for many years. He retained his wonky neck and dealt admirably with only having one eye but he always hid when Lesley’s French friend Jacques visited…

PS: Marcel HAS now departed this life, but in his own good time.

* Janine Marsh is a member of the British Guild of Travel Writers and editor of www.thegoodlifefrance.com. She keeps chickens, ducks and geese at her home near Le Touquet in northern France.