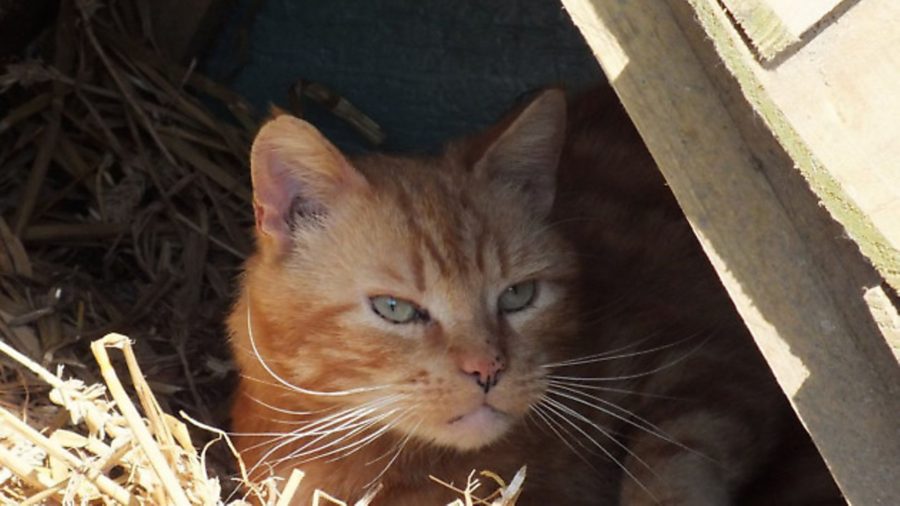 Janine Marsh: An infirm chicken makes an impression on a French neighbour… 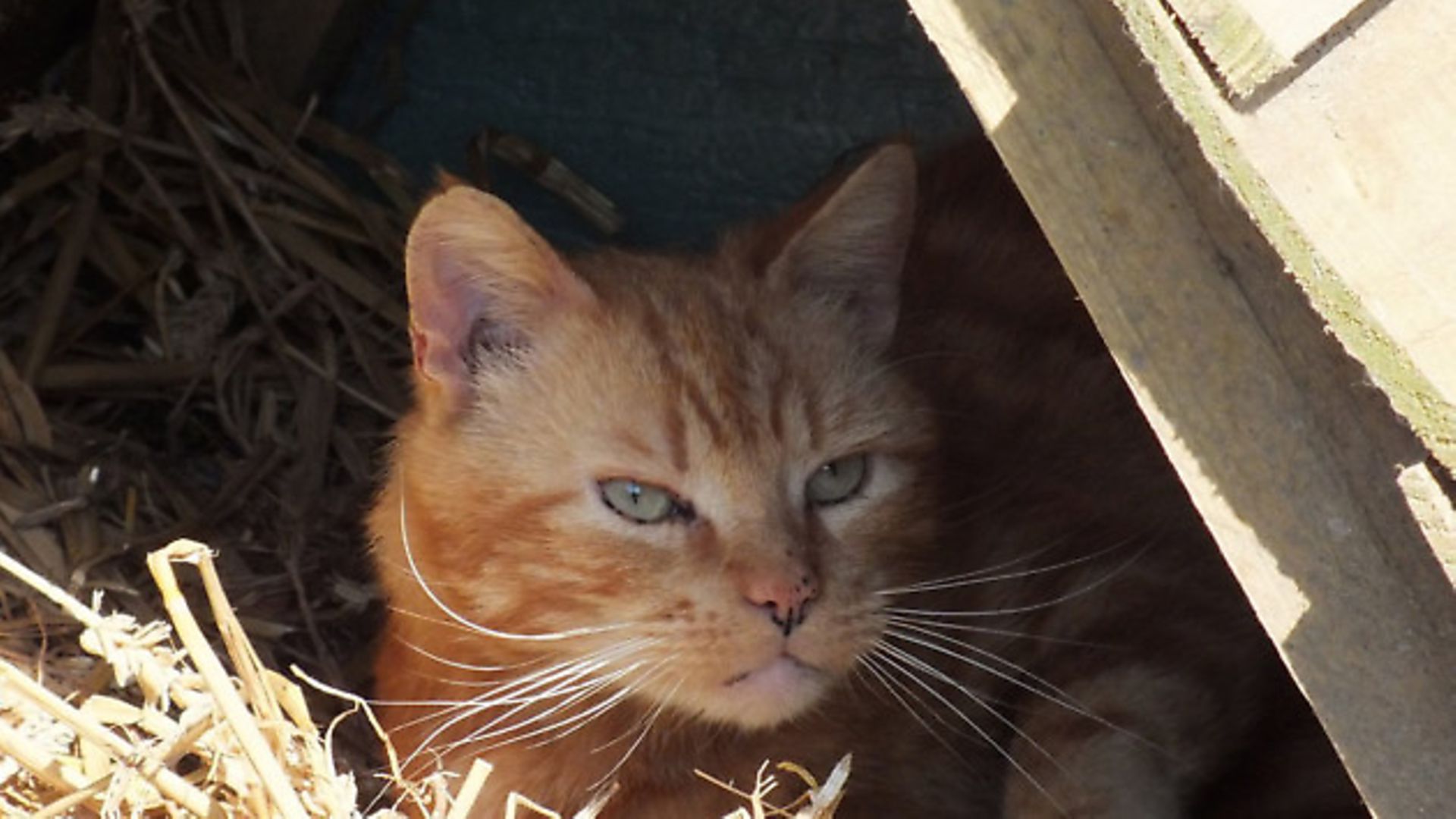 Gimpy is a common or garden brown hybrid chicken with an uncommon personality. She is four years old, still lays an egg from time to time and has a bad leg which she can’t put down.

The vet says she is too old to have an operation, doesn’t appear to be in any pain and so we leave her to hop about with one leg stuck up in the air. Because the other chickens would pick on her she lives outside our back door in her own little coop with the run of the garden. She is friends with our six cats, especially Ginger Roger who sleeps in her coop sometimes and she is very spoiled and gets lots of treats. She has a wonderful personality, pecks at the back door for attention and loves to be picked up.

One of my neighbours, Pierre, thinks that keeping a clearly defunct bird is completely “bizarre”.

“Why do you not just eat her?” he asked me the other day. Gimpy was as usual hopping about the garden, tipping over from time to time.

“Well for starters, she’s four year old” I offered, hoping that would be enough to deter this line of conversation and we could get back to the subject of his birds invading my vegetable patch. I had asked Pierre to the house to collect his escapees before they demolished everything I’d been lovingly sewing and growing. New to the good life, I hadn’t fenced the vegetable patch off but judging from the athletic prowess displayed by Pierre’s two chickens that wouldn’t have made a difference. These girls had climbed up into a tree in his garden next door but one and, like squirrels, made their way furtively along the branches and then, like commandoes, dropped into my garden.

“Boil her” came the reply “Miam… nice and tasty”. He fixed me with a quizzical look, goading me to come up with a valid reason to keep an old and infirm chicken.

As I was trying to figure out what might impress this old French farmer, a dreadful squawking came from the garden.

Pierre’s two chickens came tearing down the garden path behind Ginger Roger the cat and limping way behind, came Gimpy.

I couldn’t swear this is true but I like to think that Pierre’s chickens crept up on Ginger who is stone deaf and had fallen asleep in the vegetable patch. He awoke with a start, Gimpy was close by watching the scene unfold and decided to follow Ginger when he ran for safety to the back door. The two intruders not used to a fat orange cat leaping in the air, ran for their lives in the same direction. It looked for all the world as if Gimpy was chasing the cat and the chickens and protecting my vegetables.

“Aha” said Pierre, a look of admiration and comprehension on his face “I see she is more like a goose than a chicken, she is a guard chicken”.

With that he scooped up his birds and wandered off chuckling at the strangeness of the only Brits in the village.

Janine Marsh is a member of the British Guild of Travel Writers and editor of www.thegoodlifefrance.com