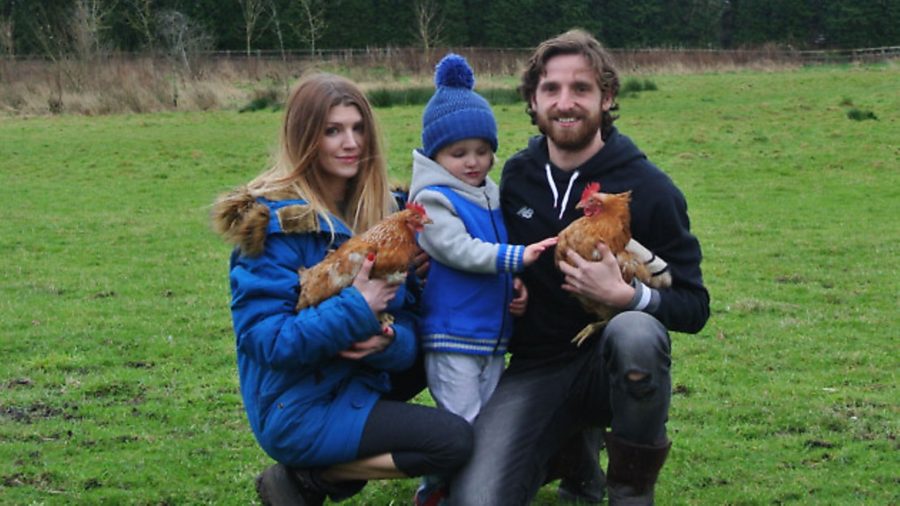 That’s a fowl! Here is an international soccer player who has an unlikely hobby … keeping chickens 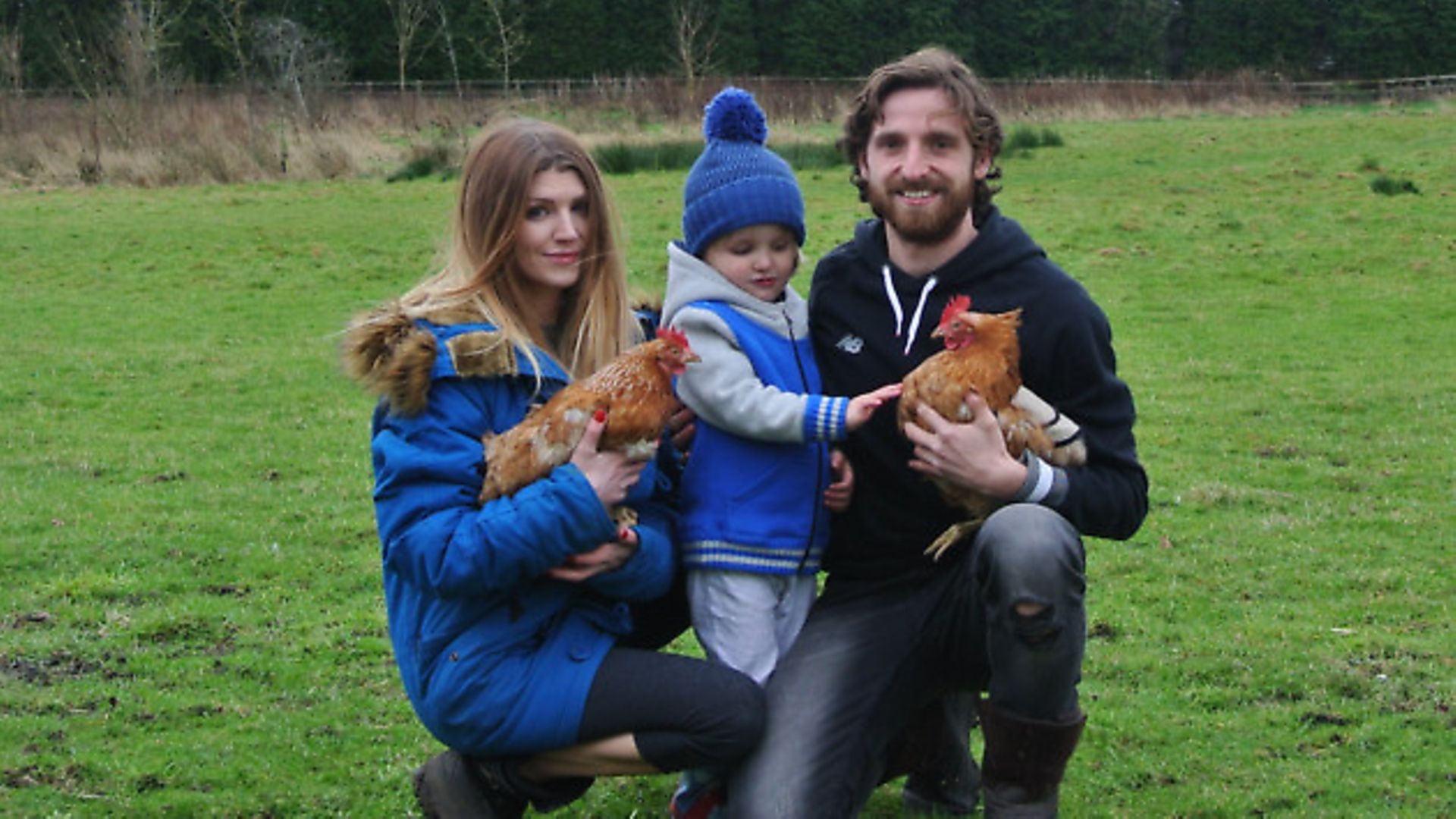 Joe Allen is a soccer star – he plays for Wales and for Liverpool. But while he steers clear of fouls on the pitch, he just loves his fowl off it. He is keen on keeping ex-bats, and is a fan of the British Hen Welfare Trust 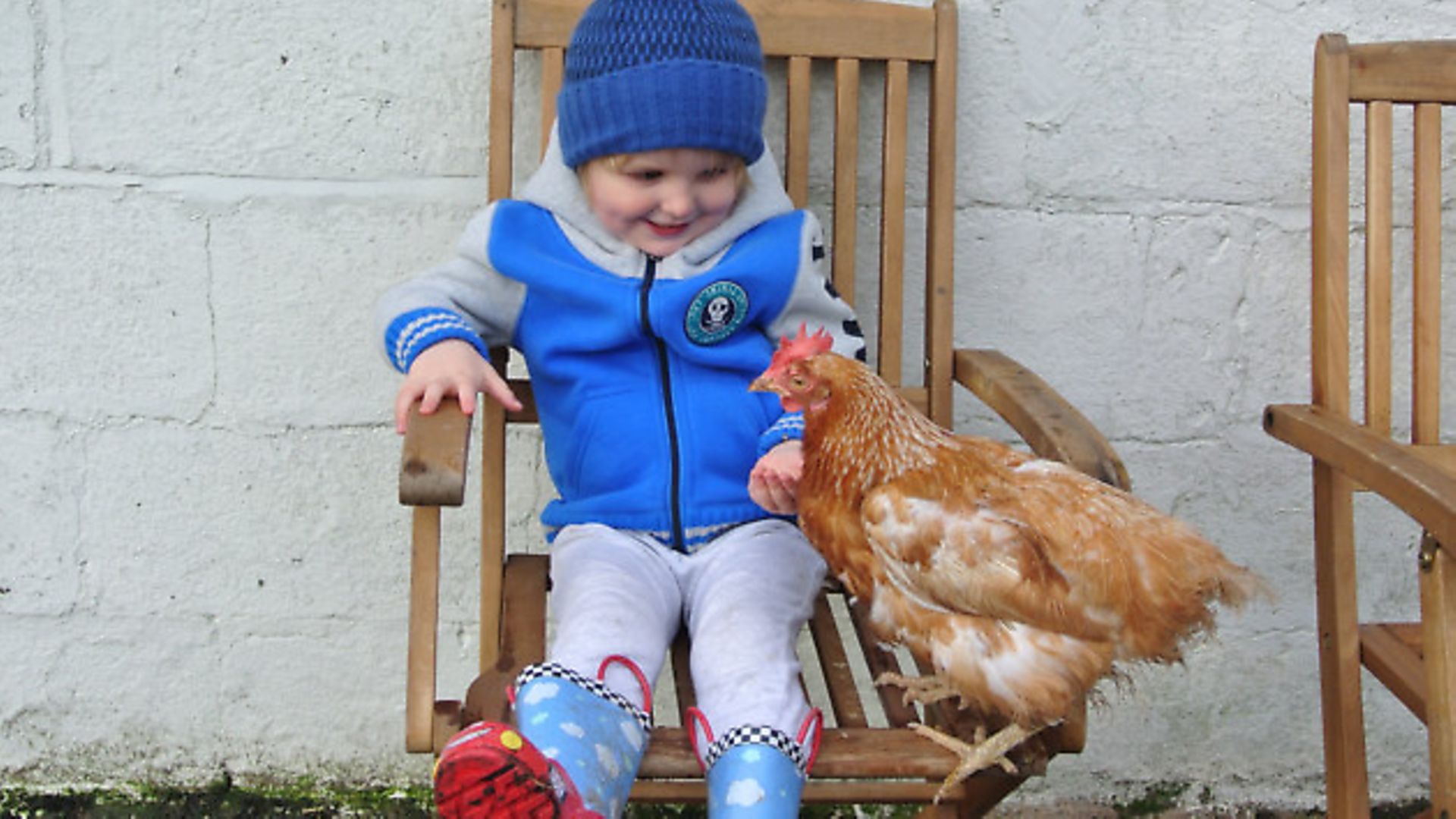 Joe, we were pleasantly surprised to find a footballer who is also a hen-lover. What inspired you to keep hens? Did you have them as a child growing up in Wales?

Lacey (Joe’s wife) was behind the decision…we both have an interest in animal welfare but she came up with the idea to save hens and I agreed it was something that would be great to do. We didn’t have any hens growing up, but we wanted to help chickens after they finished their commercial lives.

How many hens do you have? Do they have names?

We began with four, but our flock has steadily grown to 14 hens and two cockerels. It’s fair to say we have a pretty random variety of names. The cockerels are named Bruce and Rodney, and the hens are Meg, Leg, Silkie Steve, Kate, Silkie Steve junior, Giblets, Snowy, Nugget, Kiev, Dora, Holly, Shimmer, Shine and Chickaletta.

We saw on Twitter that your wife gave you a cockerel for your 24th birthday! Was it a surprise – of the right kind?!

I didn’t see it coming at all so it was a massive surprise, but as you could see from the picture I was delighted! It spread like wildfire on social media so Bruce was instantly famous!

Do you still need an alarm clock to get to training on time?!

Ha-ha no, Bruce and Rodney take care of that!

Tell us about your work as an ambassador for Welsh charity Action on Hearing Loss Cymru.

My brother became deaf after suffering meningitis as a baby so it’s a cause very close to home. They do amazing work to help people in Wales so I’m very proud to be an ambassador for the charity and to help spread awareness.

How do you manage to balance your busy playing schedule, training, family life – as well as keeping pets? Who gets the pleasure of cleaning out the hen coop?

The football can threaten to take over at times but spending time with my family and pets is very important to me so I always find a way to get the right balance. I’d be lying if I said it was me…as soon as it’s time to clean the coops I disappear! Unlucky Lacey!

If you had to choose just one career highlight, what would it be?

Tough question, but winning the play-off final to get into the Premier League with Swansea is certainly one of them. To achieve it against all odds at my boyhood club was a special feeling and one I will always savour.

How do you manage the inevitable frustrations of injury?

It’s always tough but with experience you learn that it’s a small price to pay for a privileged career. I’m also very lucky to have such a supportive family when it does happen.

What’s your favourite way to relax between matches?

Aside from chilling out with my family and pets I love to watch movies and TV shows…ideal when you’re on the road.

What was it like to represent Team GB in the Olympics?

It was a huge honour. I have grown up watching the Olympics, so to be a part of it was incredible, especially with the home support. It was an unforgettable experience, just a shame we couldn’t get into the medals.

As an athlete, do you have to eat a special diet? Do eggs figure in it? Do you have a favourite egg dish?

Protein is important to any athlete so always having fresh eggs available is ideal for me. I make a mean omelette!

What do you think of the work of the British Hen Welfare Trust?

I cannot praise the BHWT highly enough for all that they do. The fact that they have given so many hens loving homes is incredible. The Allen family will always be proud supporters of their hard work!

Joe is a midfielder who began his career at Swansea City, making his debut in January 2007 at the age of 16. He had played 150 games across all competitions in six years at the Liberty Stadium. During his time at Swansea, they won two promotions, going from League One to the Premier League. In 2012, he joined Liverpool for £15 million, signed by his former Swansea manager Brendan Rodgers. A full international for Wales since 2009, Allen has earned more than 20 caps for his nation. He represented Great Britain at the 2012 Olympics.