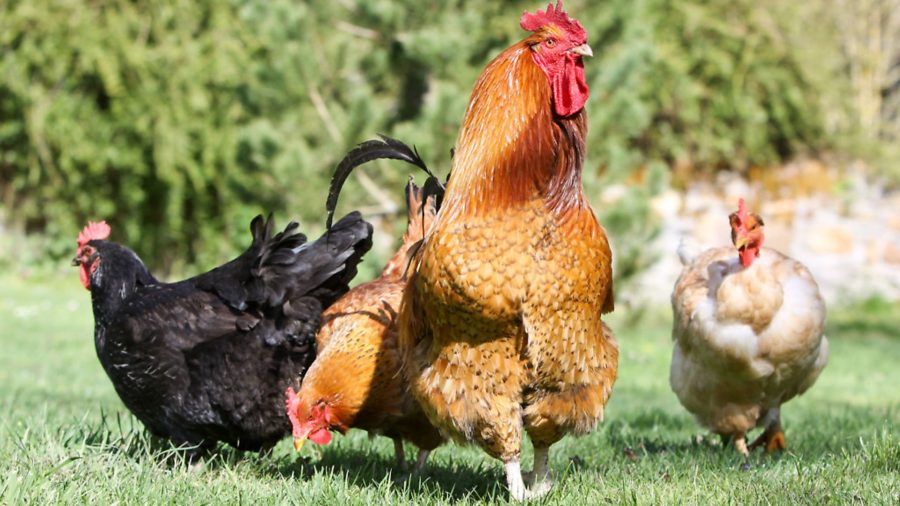 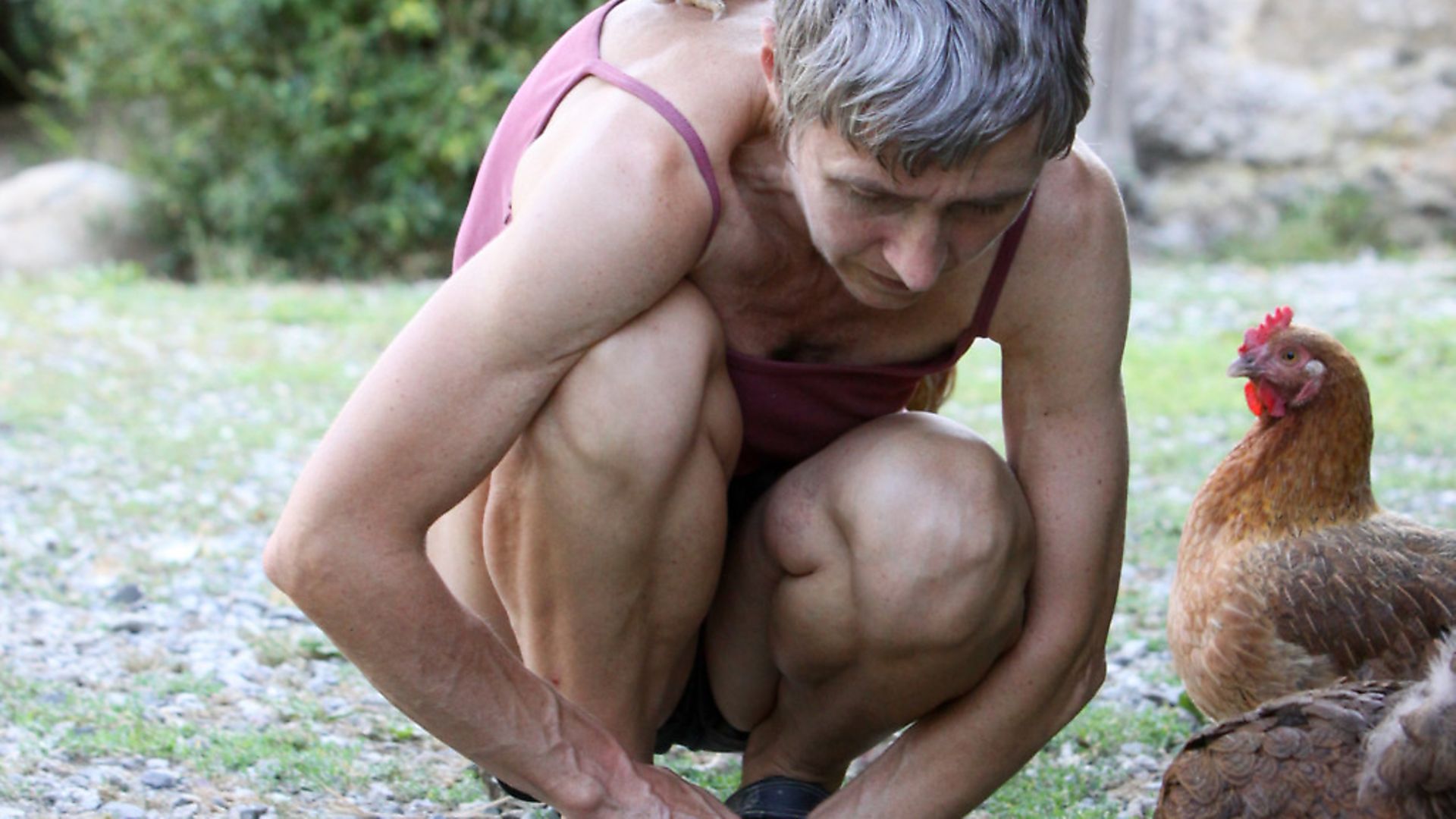 If you’ve spent time observing your flock, you’ve probably realised that chickens care little for democracy, having no interest whatsoever in ensuring each member has equal access to food and water or a good spot to roost. But yet, a flock, for the most part, lives in harmony. So how do chickens maintain social order?

A flock’s hierarchy is known as the pecking order, a term coined by Norwegian zoologist Thorleif Schjelderup-Ebbe. In 1904, the 10-year-old Schjelderup-Ebbe was put in charge of the family’s flock of chickens in Oslo. Having a fascination for the birds, he watched their behaviours, recording his observations in a daily journal. Through years of recorded data, he realised that there was a hierarchy within the flock.

He observed that chickens rank themselves in predictable ways. He discovered that rankings emerged from squabbles over food and ascertained that each member of the flock understood who ranked above and below it. He found that dominant chickens reminded their subordinates of their relative social status with a painful peck, hence the term ‘pecking order’. 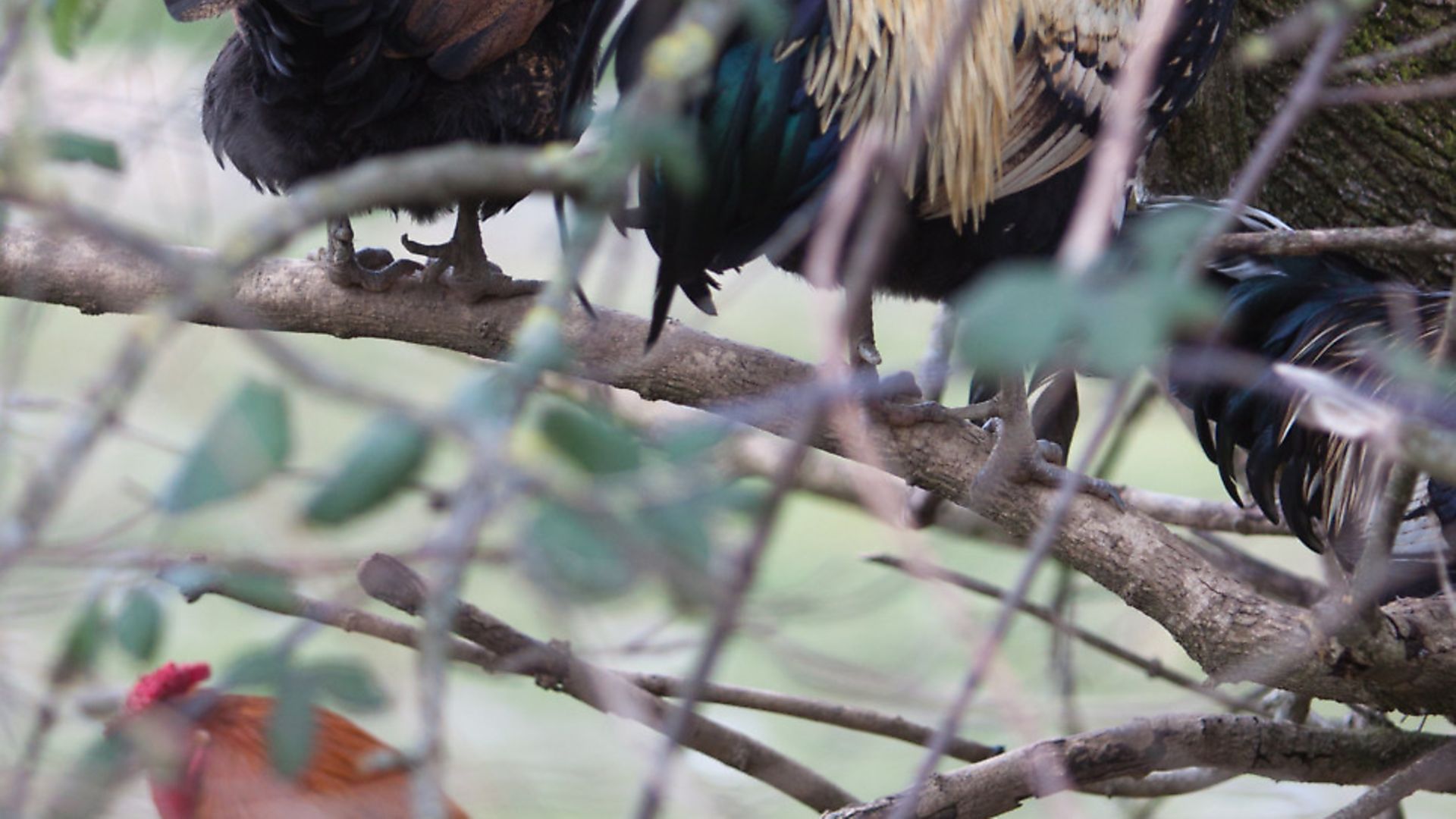 He observed that the most dominant hen received certain privileges, for example, first access to food and water, the first choice of nesting boxes, roosting spot and dustbath. If another bird tried to impinge on these rites, she would quickly peck the offender into submission. Dominance wasn’t related to size: old, savvy hens were able to dominate larger, naïve birds. The second-ranking hen was able to peck any subordinate but dared not assert herself against the dominant hen. And so it continued, with each hen pecking those ranked below her and in turn was pecked by those above her.

Every member of the flock is included in the spectrum of dominance — no one is left out! The hierarchy of a flock isn’t cast in stone and changes as birds age, perhaps relinquish their position, die or new birds are added to the flock.

In a mixed gender flock, the males will typically vie for top spot, the role of Alpha, while the hens will vie among themselves for the position of dominant hen. If there is only one rooster, it’s likely he will take the dominant position if he is sexually mature. Alpha rooster is the boss: he enjoys first position in everything from liberties with the hens, to fighting new comers, to settling disputes and leading the flock. If there is more than one rooster, the descending hierarchy places each rooster in his own distinct position. Sometimes, Beta rooster will share duties with the Alpha, but if Beta oversteps his boundaries, Alpha will take exception, giving Beta a reminder of his position either through a good beating, a peck on the backside or by using posturing body language such as puffing himself up and standing tall. The very presence of my Alpha sends Beta scurrying! The Alpha is always vigilant and this is the behaviour you, as Alpha Alpha need to emulate. 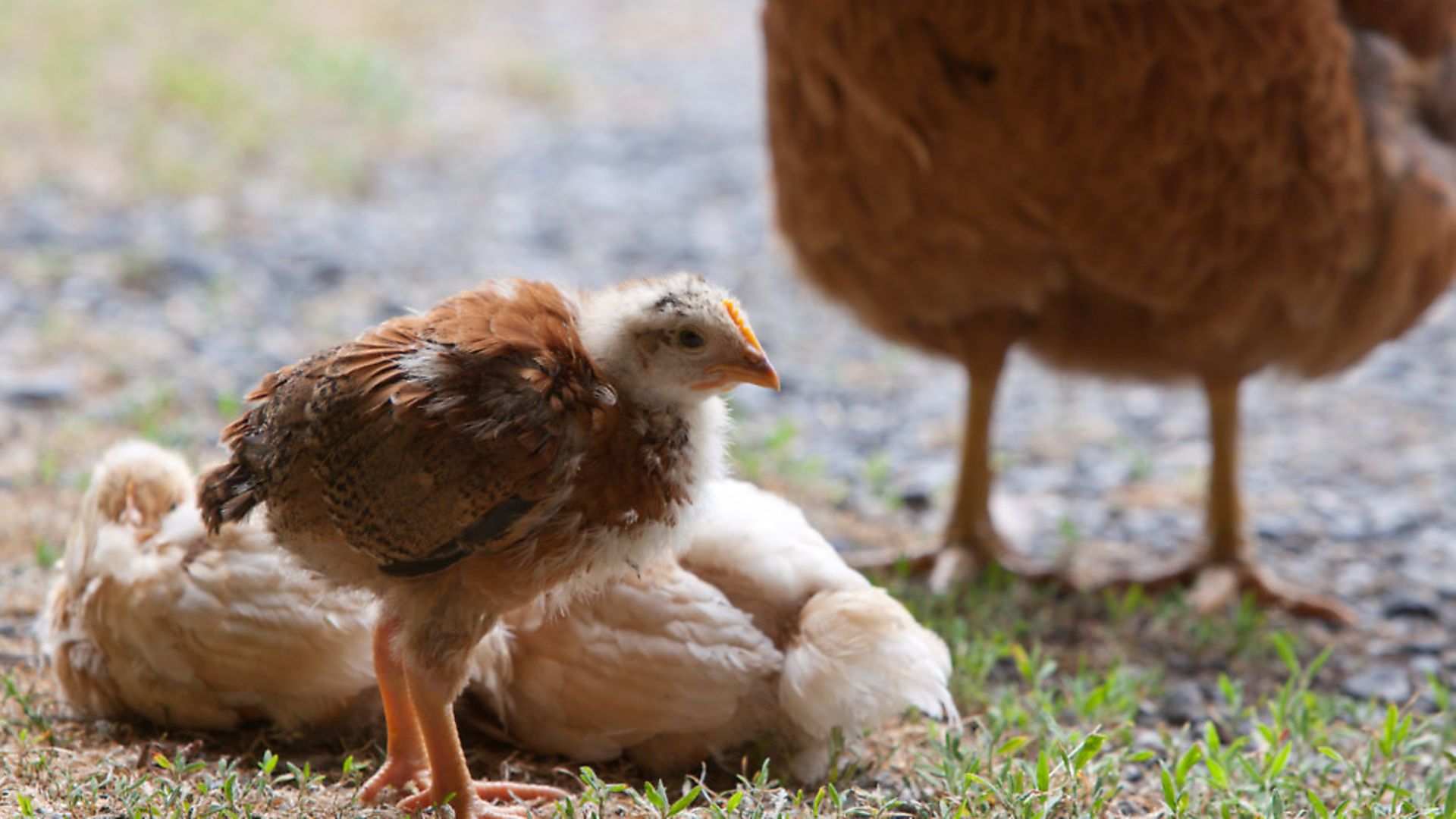 As the Alpha rooster ages, he’ll eventually be replaced. This could happen through battle or simply tiring of his duties. When the Alpha is replaced, the pecking order will need to be re-established. Once the Alpha yields, he knows that he’s been beaten psychologically and seems so devastated that he’s unwilling to contest any birds and avoids confrontation at all costs — he can fall to a lowly position in the pecking order.

In general, one rooster is capable of watching over, caring for and mating with a flock of 10 to 15 hens. Where there are several roosters in larger flocks of over 30, males will naturally create their own smaller flocks within the larger group, generally leaving the other males alone.

In a hen-only flock, one dominant female will establish herself as the Alpha. You may also see other dominant birds in second and third position while younger birds are typically lower in the hierarchy. Dominant birds remind more submissive birds of their position in the hierarchy through warning growls, glares or an occasional peck. 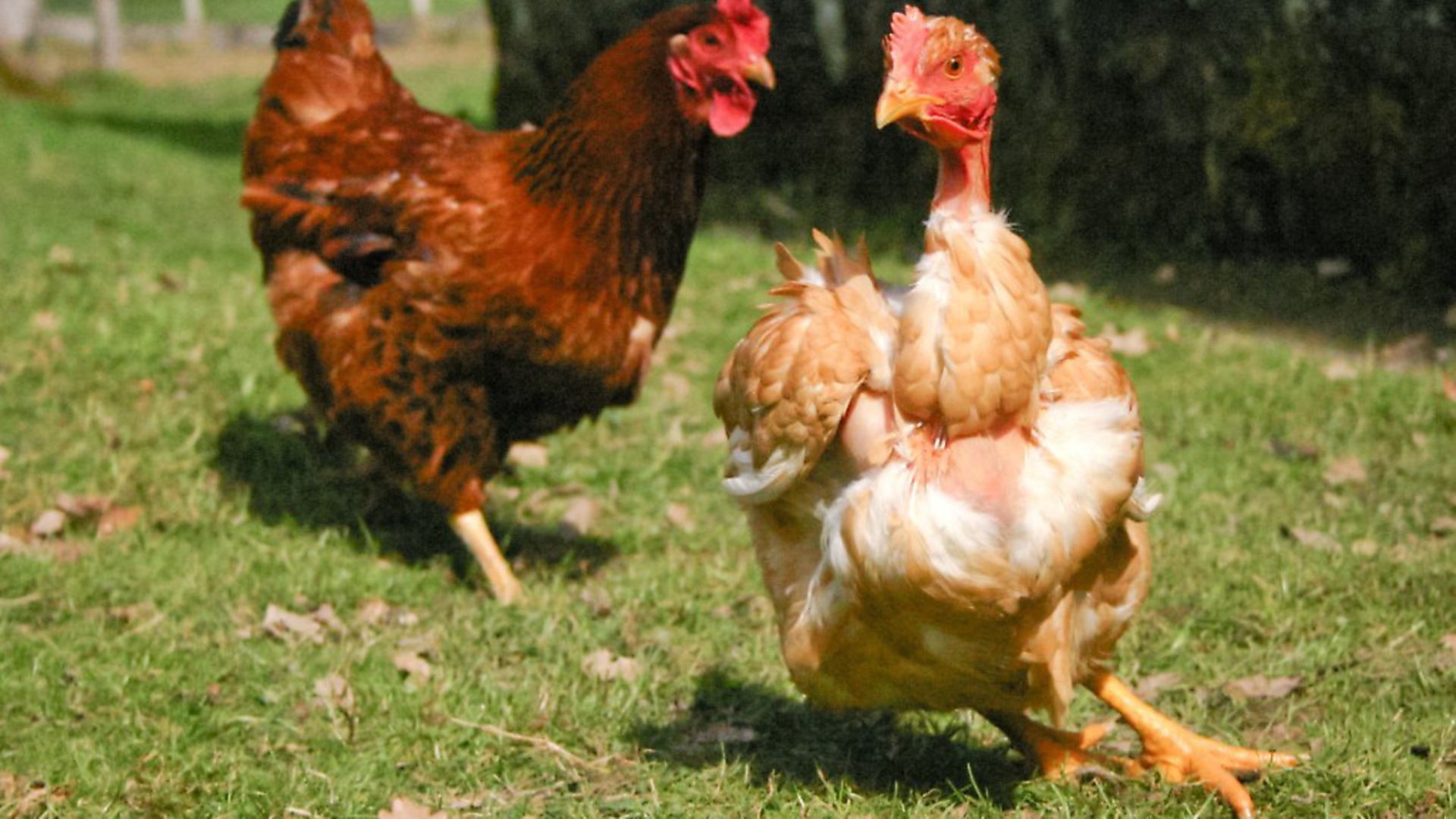 So in a mixed gender flock with more than one rooster, you’ll usually find three different social orders: 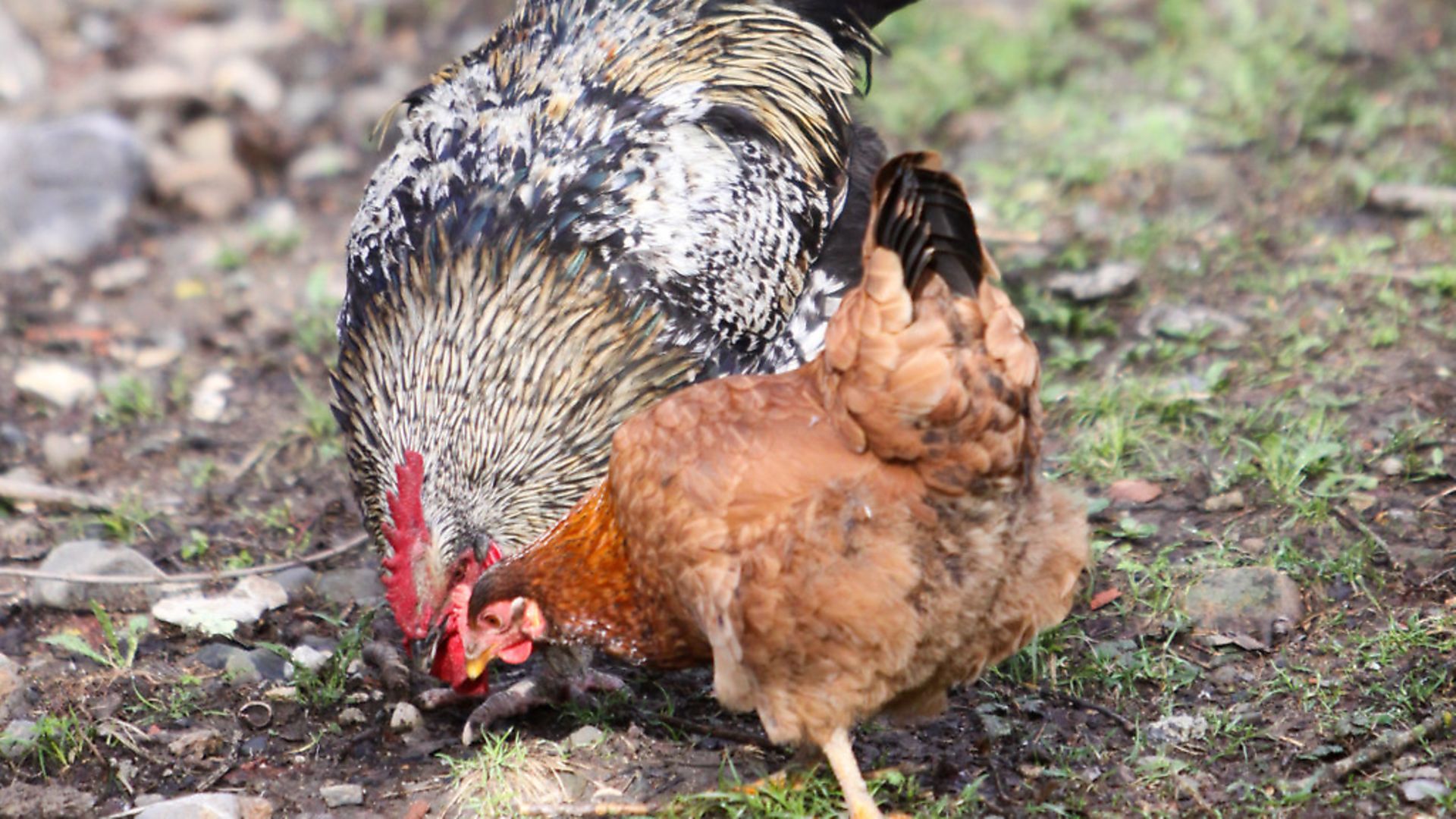 all in operation at the same time! This complex social structure is designed to ensure that there is good cohesion between members. It also safeguards the survival of the flock by giving the best chances to the fittest birds — in the wild, a flock is only as strong as its weakest member. 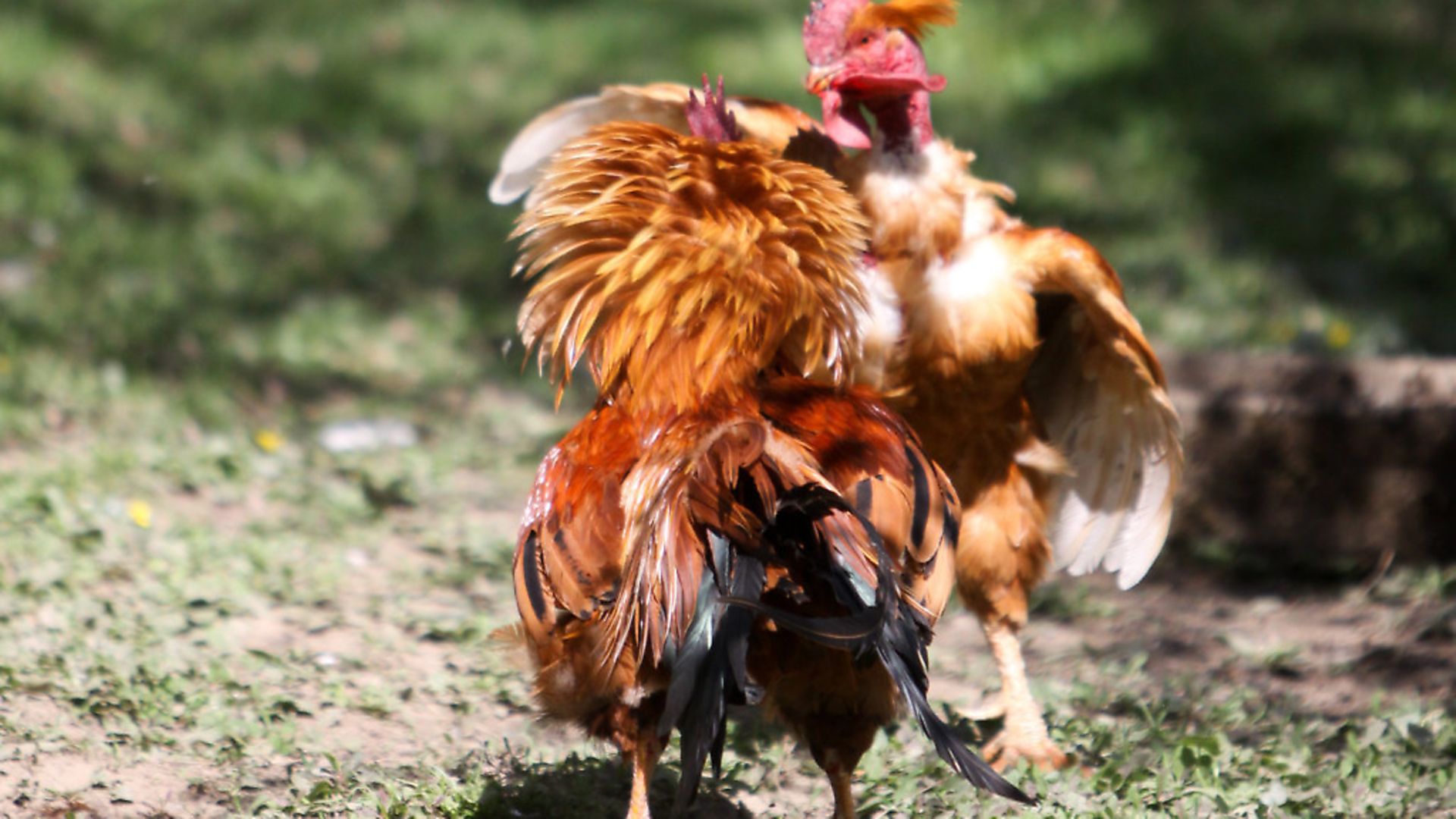 Chickens are merciless when it comes to maintaining a strong social structure; they are cannibalistic by nature and can and will kill another chicken. Chickens are blood-thirsty — one small wound can quickly become a life threatening injury inflicted by many chickens.

To humans, cannibalistic behaviours can seem hard-hearted, but these behaviours are meant for survival. Such behaviours include pecking various parts of other birds’ bodies — this can range from a gentle peck as a reminder of social status to severe pecking causing skin wounds.

As a hen keeper, you are responsible for creating a peaceful flock environment. By providing spacious, clean housing free of bright lights, access to fresh air and sunlight, food and water, cannibalistic tendencies should be eliminated and social harmony should reign.

u Food and water for everyone: As dominance issues are most often carried out over sustenance, adding multiple food and water stations will ensure every flock member can eat and drink.

u Reduce the lights: Lights that are too bright or kept on for too long can cause boredom, stress, aggression and feather-picking. Lights kept on in a brooder 24/7 often result in chicks picking themselves or each other — chicks establish hierarchy from day one! If you must use lighting, limit the hours to 16 per day. Using a heat source, such as the Brinsea EcoGlow allows chicks to benefit from natural diurnal patterns.

It’s important to know your chickens as individuals and as social creatures. The more we understand about the structure of our birds’ lives, the better keepers we can be.