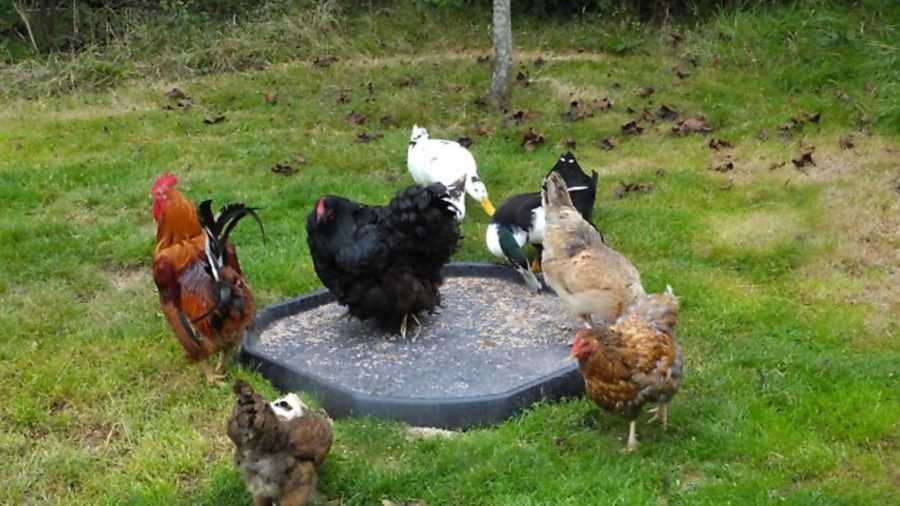 I must have spent the past three years predicting the imminent demise of Squawks the Black Orpington, so it feels a little strange to report that the dread day has finally arrived.

I’m writing this 24 hours after we finally bade farewell to this indomitable creature, and her absence makes the garden seem oddly denuded, if perhaps a little less bad tempered than before.

I can’t say I’m sad. In chicken terms she had a great life, which went on for a lot longer than birds who were younger and appeared far healthier than she was, yet this animal outlived some of them by years, wheezing her way through rain, snow and sun, at intervals requiring medical intervention, which the vet warned us would probably only be short term.

Squawks had other ideas, and would stage often prolonged recoveries, helped by a mix of good genes and pure determination. We’d fully expected her to expire last winter, but instead she breezed through it and although her health began to decline in the summer, she rallied and enjoyed a good quality of life.

Even in very advanced old age Squawks still appeared to be getting a kick out of being around. Just a couple of days before it became obvious that her time was up, she’d been ripping into large quantities of grapes and sweetcorn, and appeared to be eating her own bodyweight in grain, but the respiratory tract infection that she’d had on and off for years was finally getting the better of her weakening immune system, so it was off to the vet for dispatch.

These infections can be very contagious, and about a month ago, when Squawks had a serious wobble, we finally separated her from the rest of the flock and put her into what might be described as avian sheltered accommodation.

This involved a wire enclosure, over which I could put plastic sheeting, and a cat travel case. She’d hunker down in this at twilight, and I’d take it, and its rasping occupant, to spend the night in the warm and secure environs of the tool shed.

When the sun shone she’d potter round the top half of the garden, which is normally verboten for the chickens, much to the chagrin of the others, who peered belligerently at her from the other side of the gate.

One night she put herself to bed in the tool shed, roosting on a plastic chair. She looked comfortable, so that’s where I left her, but in the morning the bird had vanished.

After much fruitless searching I stopped and listened, and could just make out the bird’s laboured breathing. The noise appeared to be coming from behind a tool cupboard, on which was piled all sorts of DIY detritus.

The shed is a pitiful mess, and it took me about fifteen minutes to move the tottering tool mountain and haul the cupboard forward. Here I discovered a pair of folding metal garden chairs I’d forgotten we’d ever owned, and half perched, half wedged on the cross member of one of them was a disgruntled chicken.

She remained an awkward customer to the bitter end, and I’m glad we helped her enjoy being bloody minded for several more years than had once seemed likely, and when the fun had clearly gone out of life, made sure that she didn’t endure prolonged suffering.

There were occasions when I wondered if we were doing the right thing, and recently they’d become more frequent, but her powers of recovery and subsequent get up and go means that overall I think we got the balance about right.