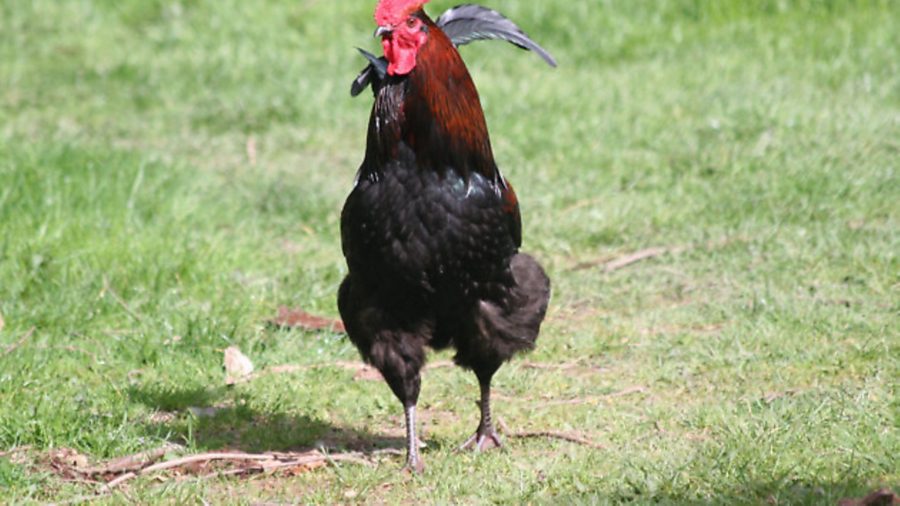 I recently came across the word ‘frenemy’ on social media. The word was used to describe the relationships between young girls where today’s best friend may well be tomorrow’s sworn enemy. I think this sums up the relationship between hens rather well. Hens are sociable animals and like to flock together, but the flock itself seethes with more feuds, truces and plots as an average episode of Game of Thrones.

You may have noticed it with your own birds. Everyone will be getting on nicely and then, for no reason at all, one of the birds will suddenly start flapping her wings and shouting, or peck one of her companions, or go off on her own in a sulk. Usually these spats are short-lived and everyone is on good terms again by dinnertime, but sometimes a flock can actually break into separate factions.

A cockerel can help. Over the years, our cockerels have regularly stepped in to stop a squabble by firmly clouting the offender with a wing. The hens quickly back down and peace is restored. Cockerels are strutting dictators, but they do keep a flock united. Occasionally, though, there is an exception that proves the rule, and that is what has happened with our flock recently. We have a pacifist cockerel. Instead of briskly chastising his bickering hens, he stands anxiously next to them hopping from foot to foot, looking concerned but failing to take any action. As a result of this we now have three separate factions in the flock. The cockerel spends his time running from group to group, then watching helplessly if any trouble arises. It would be nice to report that the hens respect his dove-like attitude but unfortunately that wouldn’t be true. The hens have lost all respect for him, and ignore his calls. One of our hens, a particularly bossy little madam, has even started to crow.

We had a broody who hatched a clutch of chicks this year, and I assume it’s the usual mix of half male and half female. It this is the case then our cockerel will be challenged and probably overthrown by the young cockerels as they grow up. When it comes to cockerels, it would seem that hens prefer a bit of a bully.