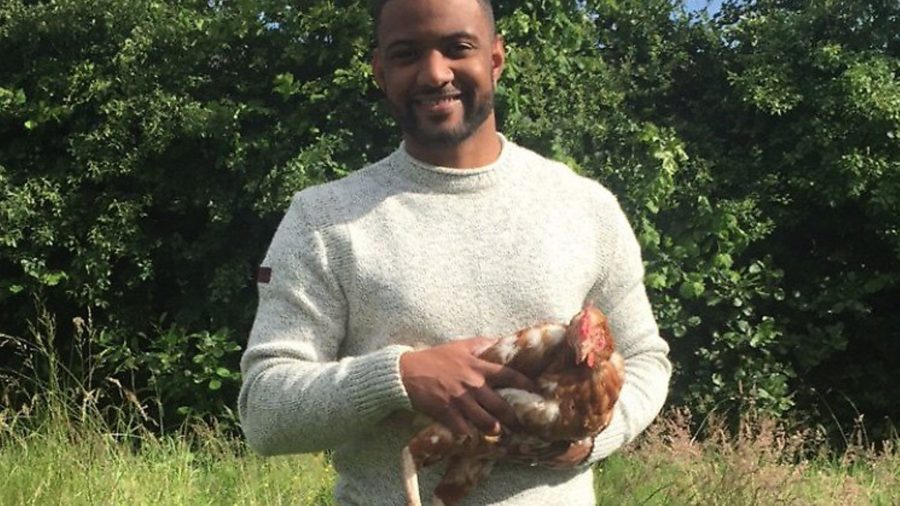 This former pop star has rescued some battery hens

An ex-popstar has re-homed a trio of ex-battery hens destined for the slaughterhouse after passing a re-homing eventwhile out with his family.

JB Gill, who was in boyband JLS, ended up taking three of the hens home with him after discovering that the British Hen Welfare Trust was carrying out a re-homing in Biggin Hill in Kent.

JB, who is now a turkey farmer, and wife Chloe are neighbours of Foal Farm. They were told there were hens being re-homed and so decided to check it out as part of their walk that day.

JB and Chloe rear KellyBronze Turkeys and keep Tamworth pigs. They had two chickens and enough space for more so, duly persuaded by their young son, Ace, decided to re-home three hens.

JB said: “The hens settled in brilliantly. We expected our existing chickens and the new hens would stop laying while they became acquainted with one another.