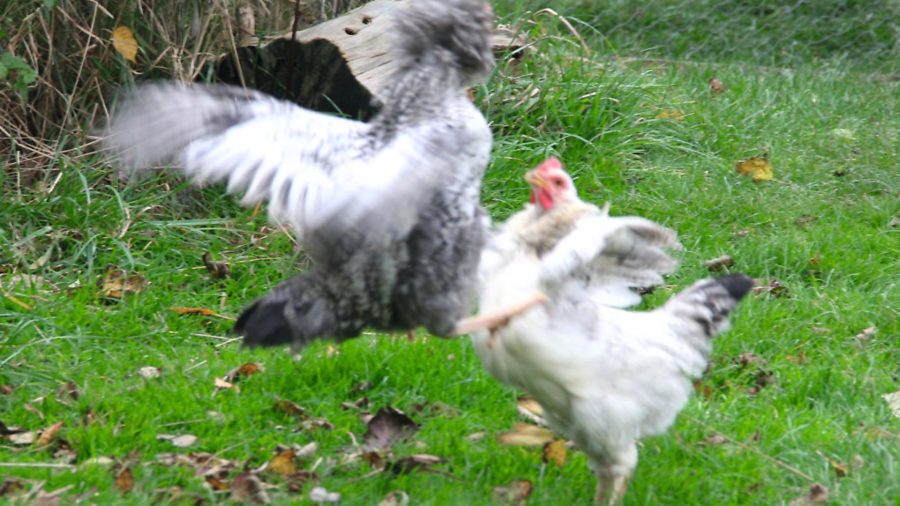 Michelle Dunn explains why some cockerels are aggressive, and some downright docile… 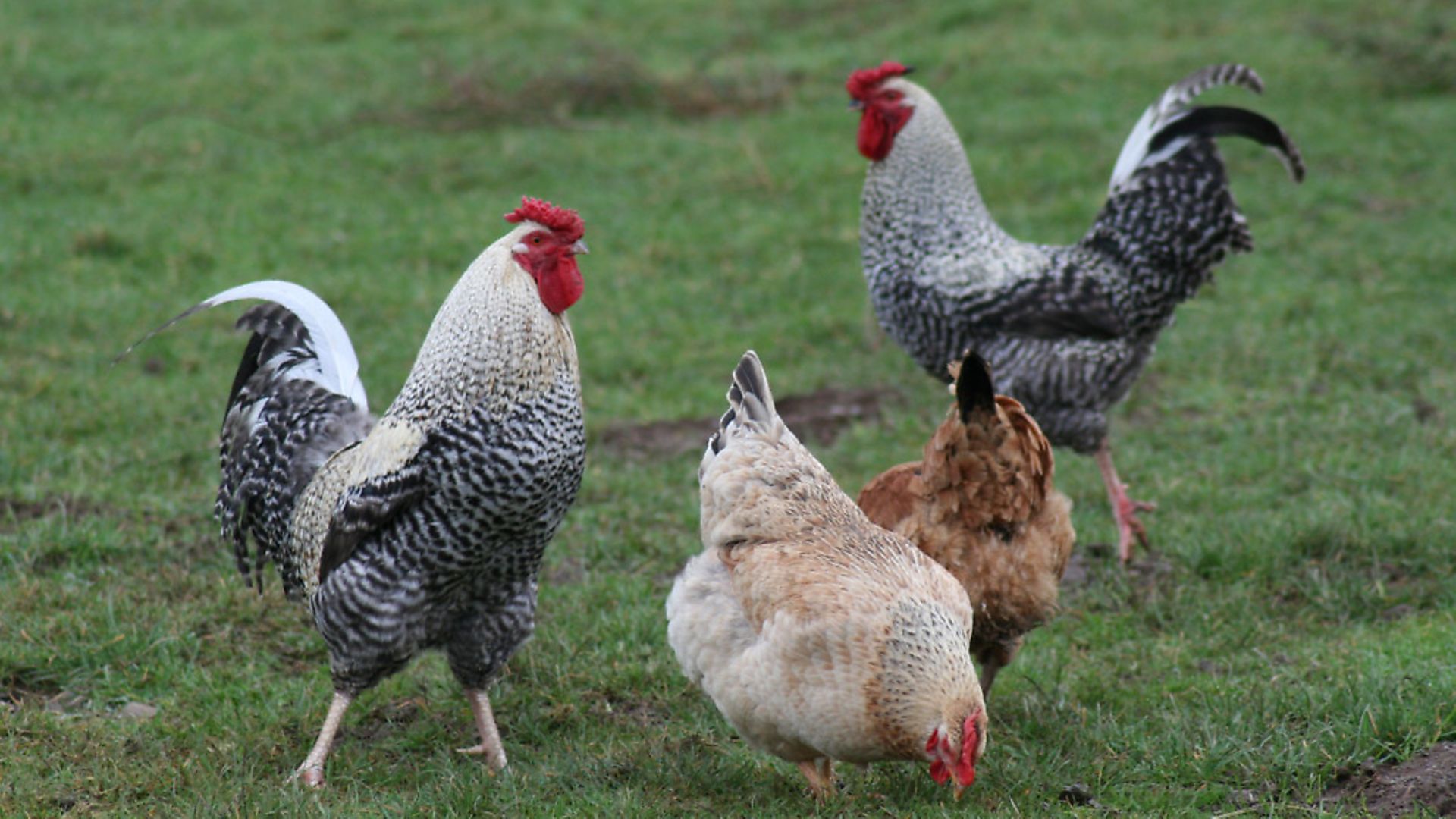 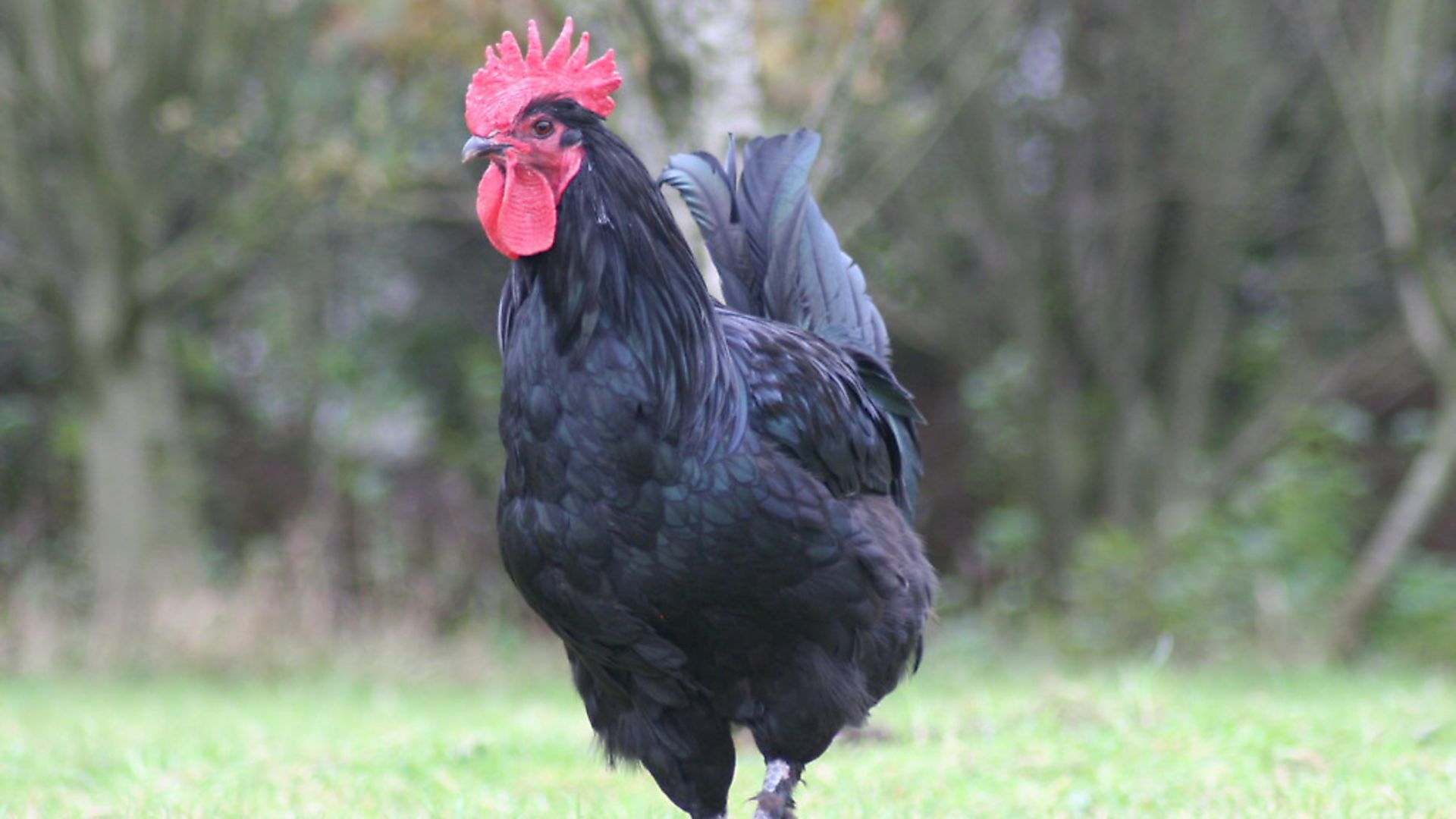 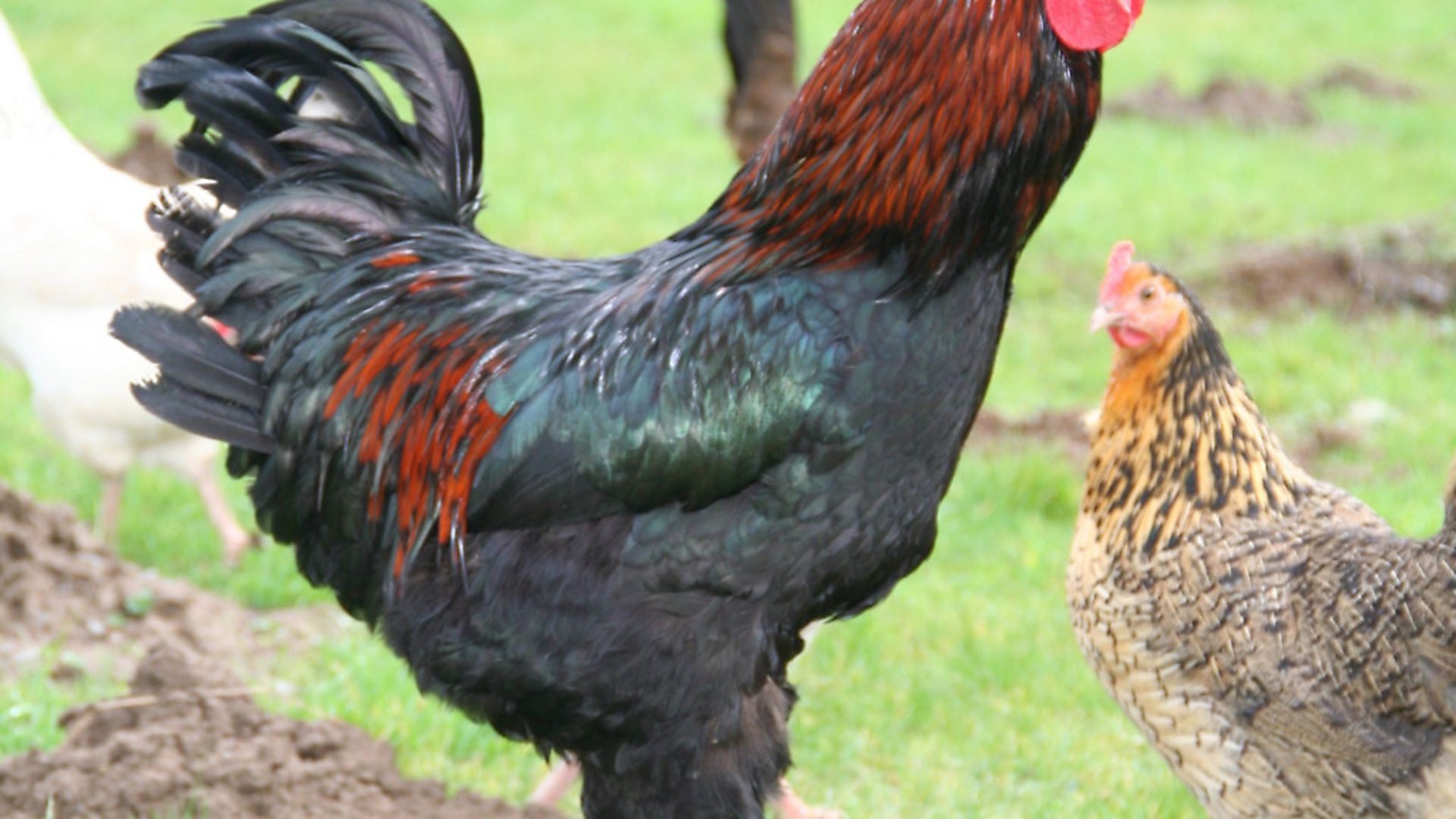 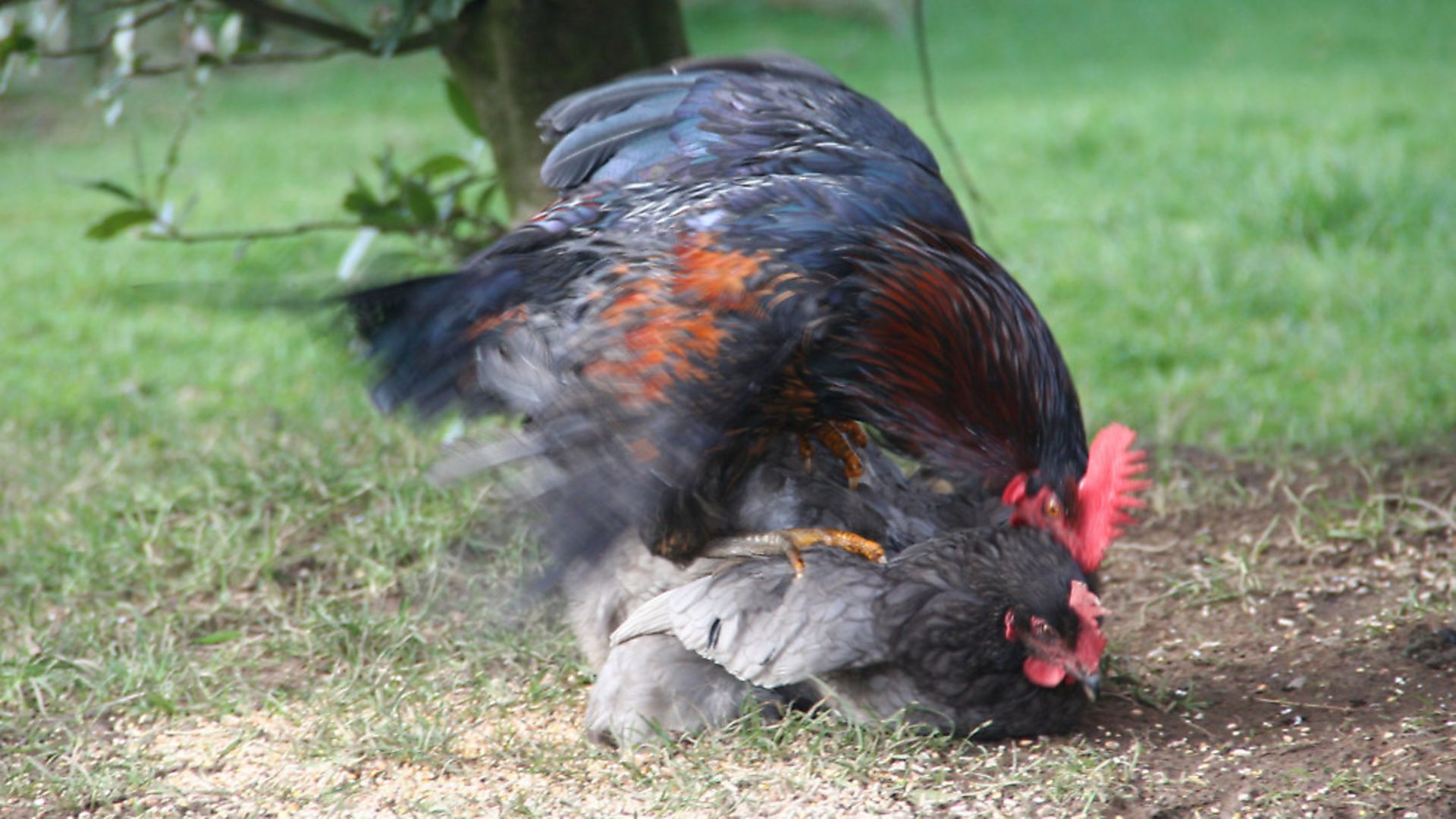 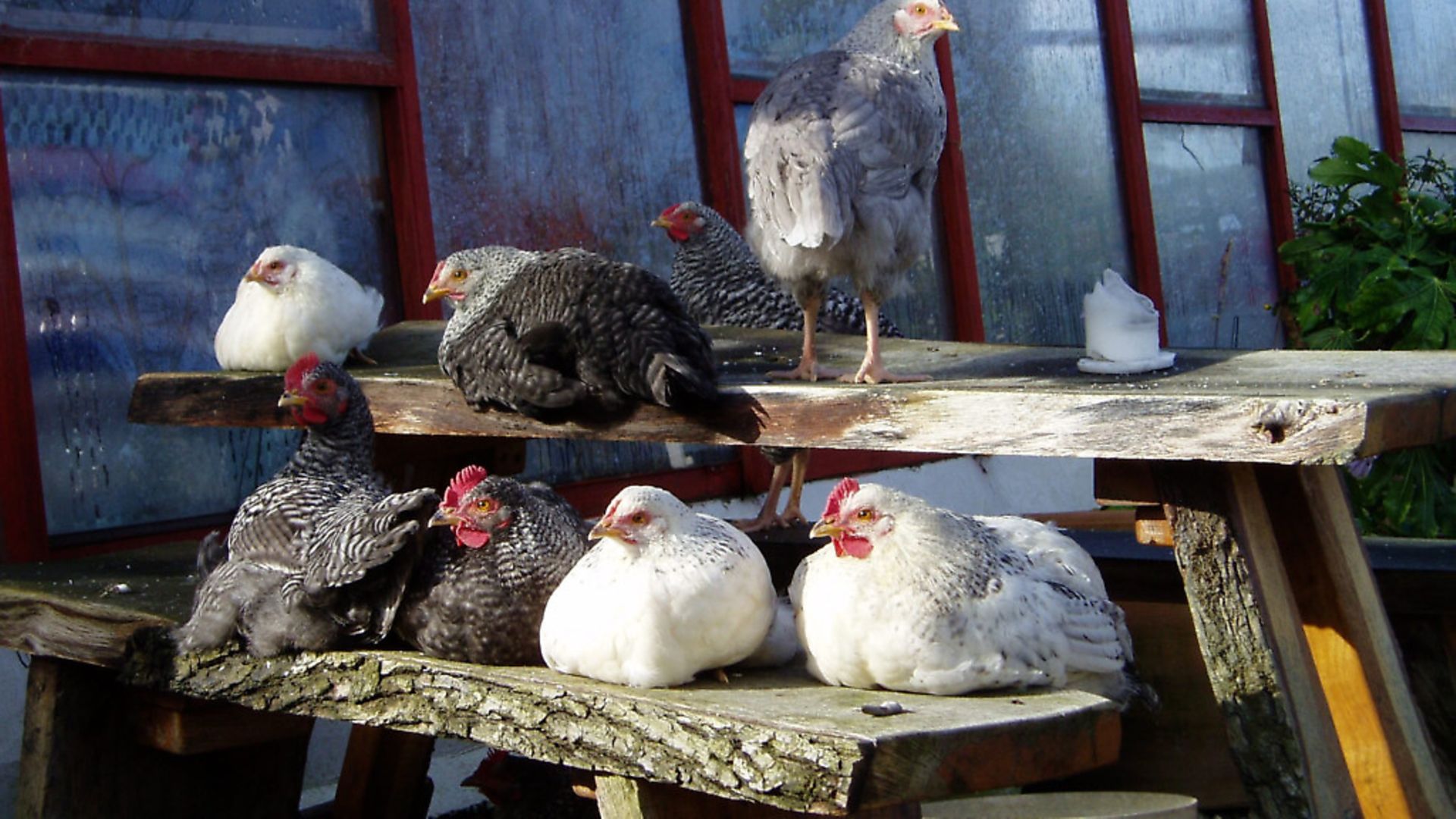 Wild birds related to chickens (such as pheasant, partridge and grouse) will regularly fight to establish dominance. The successful male will secure the hens and the best feeding and roosting sites. The big difference between these wild cock fights and fights between domestic cockerels is that the wild birds do not fight to the death. In fact, in most fights between wild birds, injuries are minor and fights stop long before any serious damage can occur. It is not in anyone’s interest to keep fighting – the losing bird might die, and even the winning bird would be exhausted and injured, and therefore easy pickings for a predator. 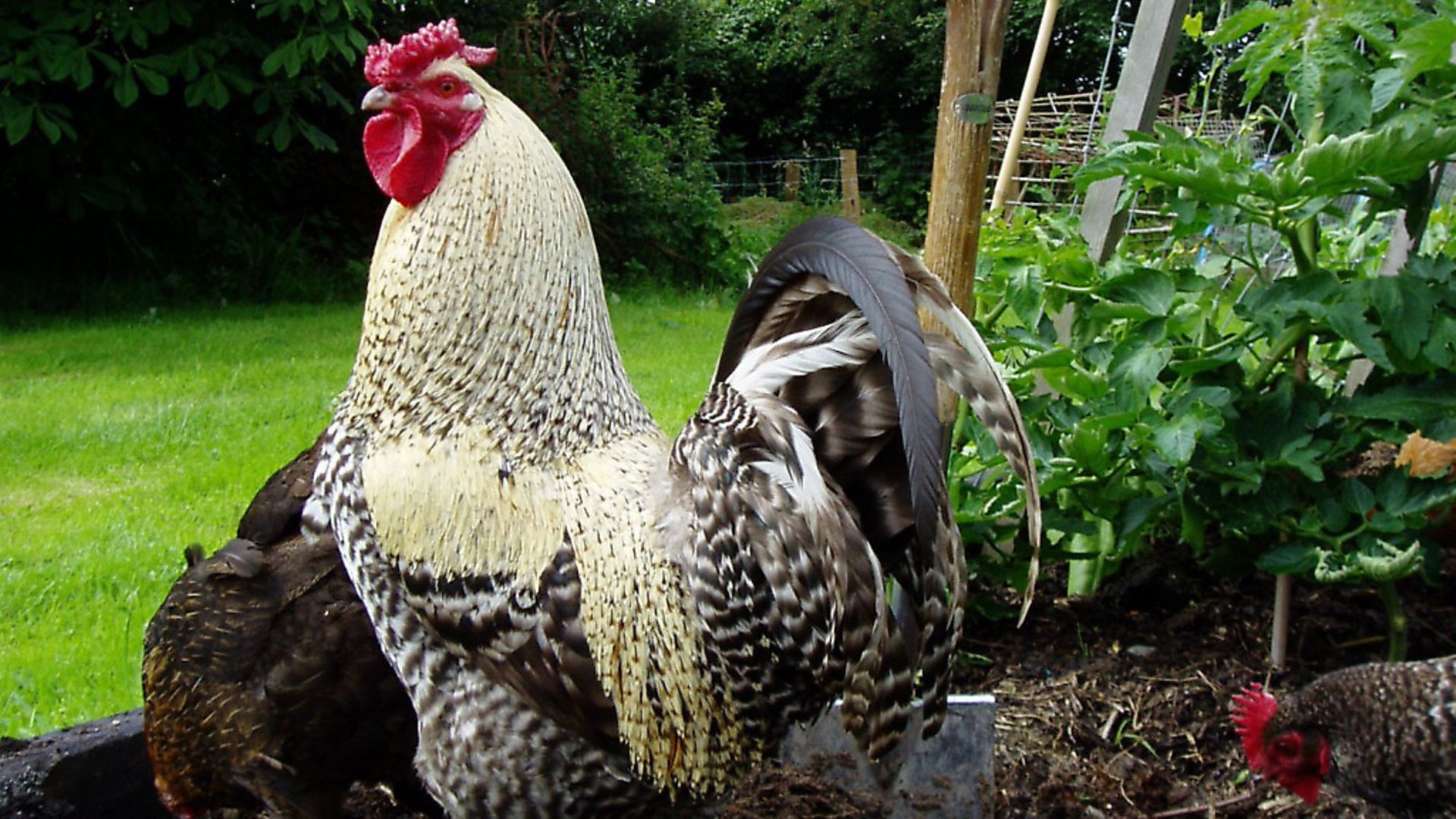 Why, then, are serious injuries and fatalities so common amongst fighting cockerels?

The old cockfighters when questioned about the cruelty of their activity would often retort: “It’s in a cock’s nature to fight.” It is indeed in a cock’s nature to fight (given the right circumstances), but it is not in a cock’s nature to fight to the death, and this is the important point. Cockerels were systematically bred for aggression to win money in the cockfighting pits. Cockfighting was believed to be introduced to Britain by the Romans and was phenomenally popular throughout the Middle Ages and into the 18th and 19th centuries. Cockfighting was made illegal in 1849, but continued to be common in Britain into the 1900s necessitating another act in 1952 banning the possession of instruments used in the activity. In many places in the world cockfighting is still legal today. This amounts to centuries of selective breeding for aggression, which goes some way to explaining why domestic cockerels are so much more aggressive than their wild counterparts. Interestingly, the University of Linkoping, Sweden, carried out a study in 2004 showing that young Red Jungle Fowl (the ancestor of the modern domestic chicken) were more social and less inclined to aggression between themselves and other breeds than domesticated White Leghorns.

Cockerel aggression, it seems, is a domestic, not a wild phenomenon. Having said that, there are plenty of stories of docile, friendly cockerels who are beloved family pets and have never shown any aggression in their lives.

It’s time to look at when cockerels don’t fight.

Why they don’t fight

There are circumstances in which cockerels are less likely to fight, but there are never any guarantees – some breeds are worse than others and some individual cockerels just won’t be told. The following list is based on observations of the behaviour of free range chickens roaming a large area.

1 Cockerels don’t fight with their hens. They might administer an admonitory peck to a squabbling or bullying hen, but they will not fight a hen. I have seen a particularly stroppy bantam square up to a cockerel, put her head down and raise her tail – the chicken equivalent of ‘Do you want some? Do you? Do you? Come on then!’ The startled cockerel put his head down almost as a reflex and then remembered his position and stepped back. The enraged hen pursued him for 10 minutes, trying to engage him in a fight, but he simply ignored her and walked away until she stopped.

2 Cockerels raised in the same brood don’t fight each other. As they grow up together they have frequent scuffles to establish dominance. By the time they reach sexual maturity each cockerel knows his place in the pecking order and there is no point in a full-on fight. This happy state of affairs can continue indefinitely, even in the presence of hens. However, if there is a boss cockerel already in residence, serious fights can occur when the young cockerels become old enough to challenge the boss cockerel.

3 Sneaky behaviour can limit confrontations between cockerels. In a flock with a strong boss cockerel, a single juvenile cockerel can do quite well for himself with a bit of sneaky mating. Instead of challenging the boss cockerel directly, the juvenile hangs around the flock just out of reach. When the boss cockerel is distracted the juvenile seizes his chance, rushes up to the nearest hen and boom! He grabs a crafty mating. The boss cockerel will regularly drive him off, but providing the juvenile is submissive and runs away, no fighting occurs. I had two cockerels live together peacefully like this for three years….until the day the juvenile decided the boss cockerel was getting old and he could launch a hostile takeover.

4 Many people have reported keeping several cockerels together with no problems, providing there are no hens nearby. This works because the reason for the fight – breeding privileges – has been removed. As with a brood of young cockerels raised together, there will be plenty of minor scuffles to establish a pecking order, but no-one wants a serious fight.

Some of these Boys-only flocks will even accept the introduction of new, mature cockerels after a quick scuffle to see where he fits into the established order.

5 Plenty for all. This is probably the most reliable way to eliminate serious fights between multiple mature cockerels, but you need a lot of space! A cockerel can hope to control and defend around 10 hens. If he has more than that the flock becomes fractured and hard to manage. I know of a hill farm where three virtually wild cockerels and around 35 hens live peacefully together. Each cockerel claims between 10-12 hens for his personal flock. The cockerels roost in different places and, although there is no physical boundary, they each know the limits of their own territory and stay well within it. The worst that happens is a regular morning crowing contest when the three cockerels gather at the meeting point of their respective territories. Happily, this hill farm has no near neighbours…

6 Let them fight. This is the riskiest strategy of all. Some people will tell you that they run several cockerels together with hens by simply allowing fights to occur. The cockerels will fight to exhaust, rather than injure one another, and once the pecking order is established the fights stop. This approach can work with some free-range birds from non-aggressive breeds, but it would be a very dangerous experiment. Even experienced chicken keepers can’t be sure that a scuffle won’t develop into a full blown fight that could result in death or serious injury to one or both parties. There is also the risk that one of the cockerels simply won’t give up. Although most cockerels will run away when exhausted or they have no chance of winning, there are always exceptions. I heard a story from a friend of mine about a pure-bred English Game Cock that had escaped from its run and got into a fight with a juvenile Derbyshire Redcap. Although the Game Cock was twice the size of the Redcap, the Redcap was free range and muscular, whereas the Game Cock was cage-reared and unfit. The Redcap beat the Game Cock easily, but the Game Cock wouldn’t give up and kept coming even when it was too exhausted to stand. My friend had no doubt that the Game Cock would have died before giving up.

Knowing all of this, what are the practical lessons for the chicken keeper? Although I have outlined a number of situations where, theoretically, it is possible to keep two or more cockerels without fights, it is something best attempted by the experienced chicken-keeper who has plenty of land, and is not really something that should be tried by the backyard chicken keeper.

Even if you do successfully keep more than one cockerel in a flock without fighting, the hens themselves will almost certainly suffer from excessive and unwanted attention from the cockerels.

A single cockerel can bring peace and harmony to a small flock, but if your neighbour offers you an extra cockerel, no matter how much of a pacifist they tell you he is….best say no.

Chickens are individuals, so you will always find violent birds in ‘docile’ breeds, just as you will find pacifists in ‘aggressive’ breeds, but as a general rule anything with the words ‘Game bird’ in the name should be avoided at all costs. These animals were specifically bred for fighting. Examples are Old English Game Cock (varieties include Black-breasted red, Birchen, Pyle, Spangled), American Game bird (varieties include Hatch, Kelso, Albany, Roundhead) and Indian Game bird (actually developed and bred in Cornwall!). Other breeds of Game birds include Shamo, Malay, Thai and Sumatra.

An exception to these aggressive Game breeds is the Modern Game bird, a frankly bizarre-looking tall, skinny thing which was bred purely as a show bird after fighting was outlawed in 1849. Although descended from violent ancestors, this breed is not known for its aggression which shows that, to an extent, aggression can be bred out of, as well as into, chickens.

This list is only a guide – The most aggressive cockerel I ever kept was a Speckled Sussex – a notoriously friendly and docile breed, while the most peace-loving cockerels I have kept have been Derbyshire Redcap crosses – descended from an old fighting breed. If you are thinking of getting a cockerel, then your best bet is to meet him in person, spend some time with him and see how he reacts to you and the other chickens around him.