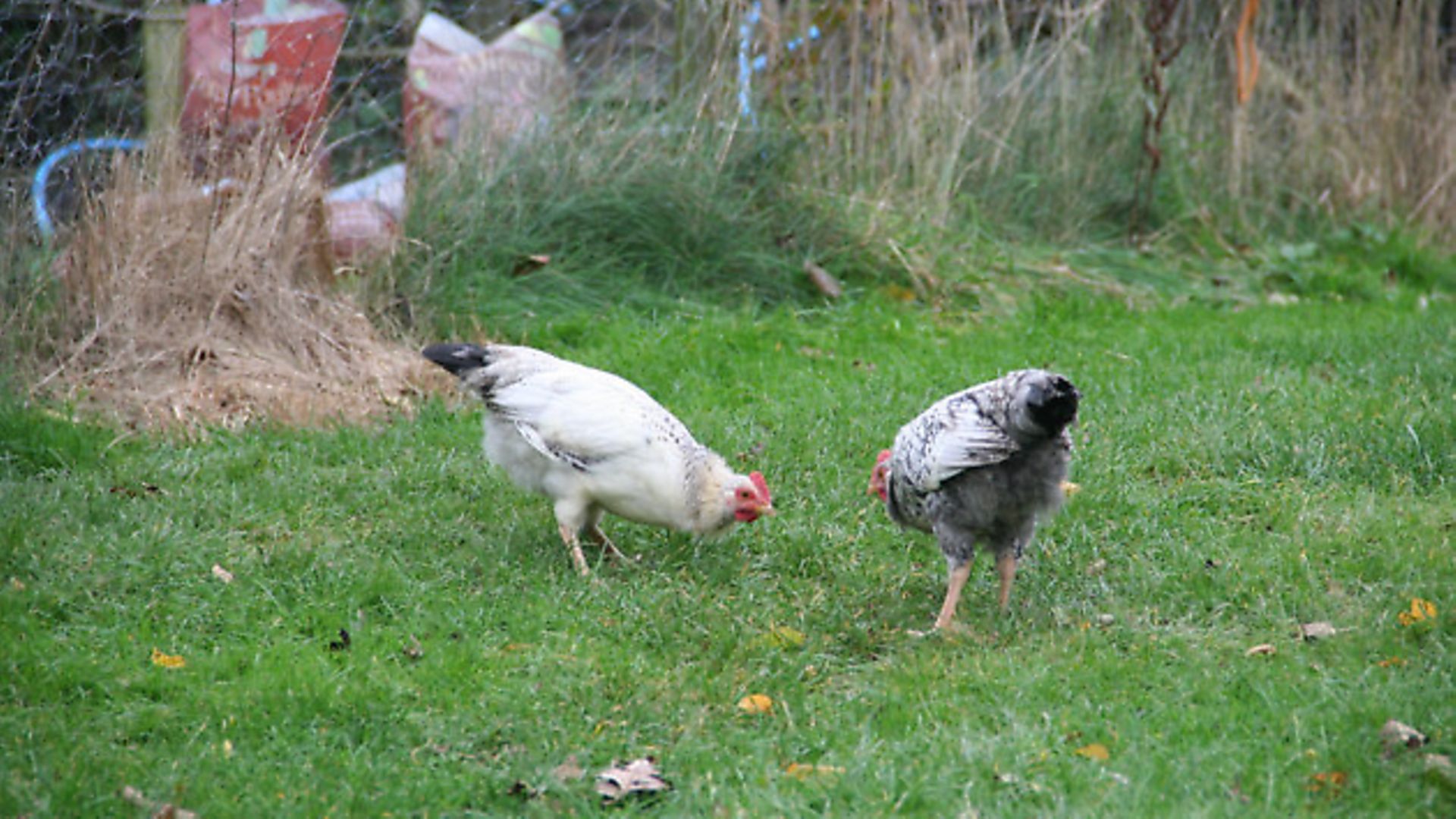 There are many reality TV shows looking to find remarkable performers, but in my opinion the judges would find their Golden Buzzer moment if they visited their nearest chicken-keeper and watched the birds there.

Let’s start with that perennial favourite, singing. All young cockerels think they are the next Big Thing. We currently have a group of nine young cockerels determined to make it big. They are certainly dedicated to their rehearsals, but unfortunately, all the practisng is not making them perfect. They are aiming for a ringing ‘Cock-A-Doodle-Doo!’ but even the best of them produces a sound more like ‘Urk-Uh-Argh’. Imagine a politely muffled sneeze on a packed commuter train and you will have a good idea of how they sound.

Compare this to Hyder, the boss cockerel. Not only is he syllable-perfect in his Cock-A-Doodle-Doo, but his volume is such that if he crows when I am in the chicken shed my head is ringing for 10 minutes afterwards. He sings all day, without the aid of a microphone, and his song calls hens across eight acres of land.

Comedy is difficult to get right – it’s hard to appeal to everyone and a gag that can have one person rolling on the floor can leave another stony-faced and unamused. One act that will always produce a smile even from the most humourless of people is that all time classic – ‘Young Chicken Pursuing A Fly’ . Older birds don’t even bother with this, as they know from experience how hard it is catch a fly, but young birds are full of enthusiasm and optimism, and on a warm spring morning will often give it a try. While the chicken in question believes it is engaged in a serious quest to find food, the observer only sees a chicken dashing forwards, twirling around, running sideways then pecking fruitlessly at the air. Hilarious.

Finally – magic and illusion. Broodies excel at this. I once had a hen go broody less than a metre from our entrance gate, and despite walking past her at least twice a day I never noticed a thing until she emerged with a flock of 13 chicks. Her nest had been partially concealed by brambles but it was her ability to stay absolutely still and vanish into the foreground that kept her safe from foxes and rats. Now that’s talent.