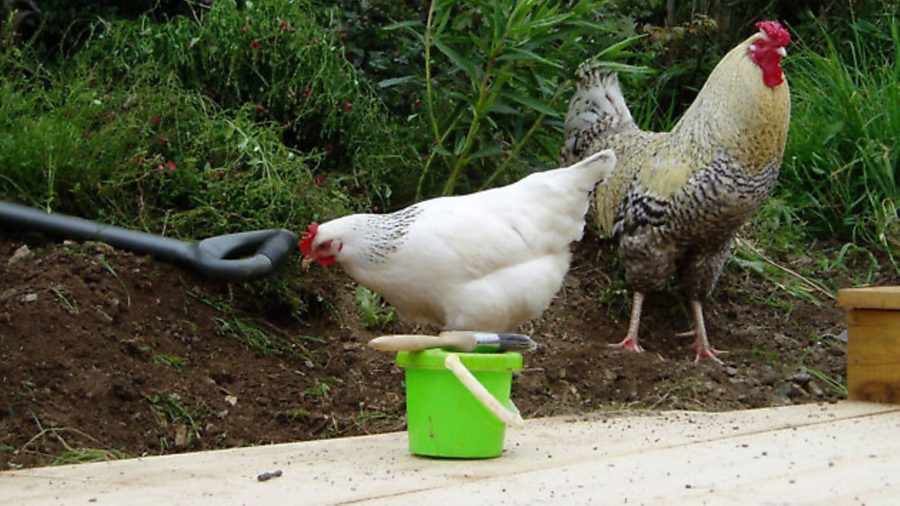 Chickens can be just as neurotic as humans, and can be terrified by the most unexpected things 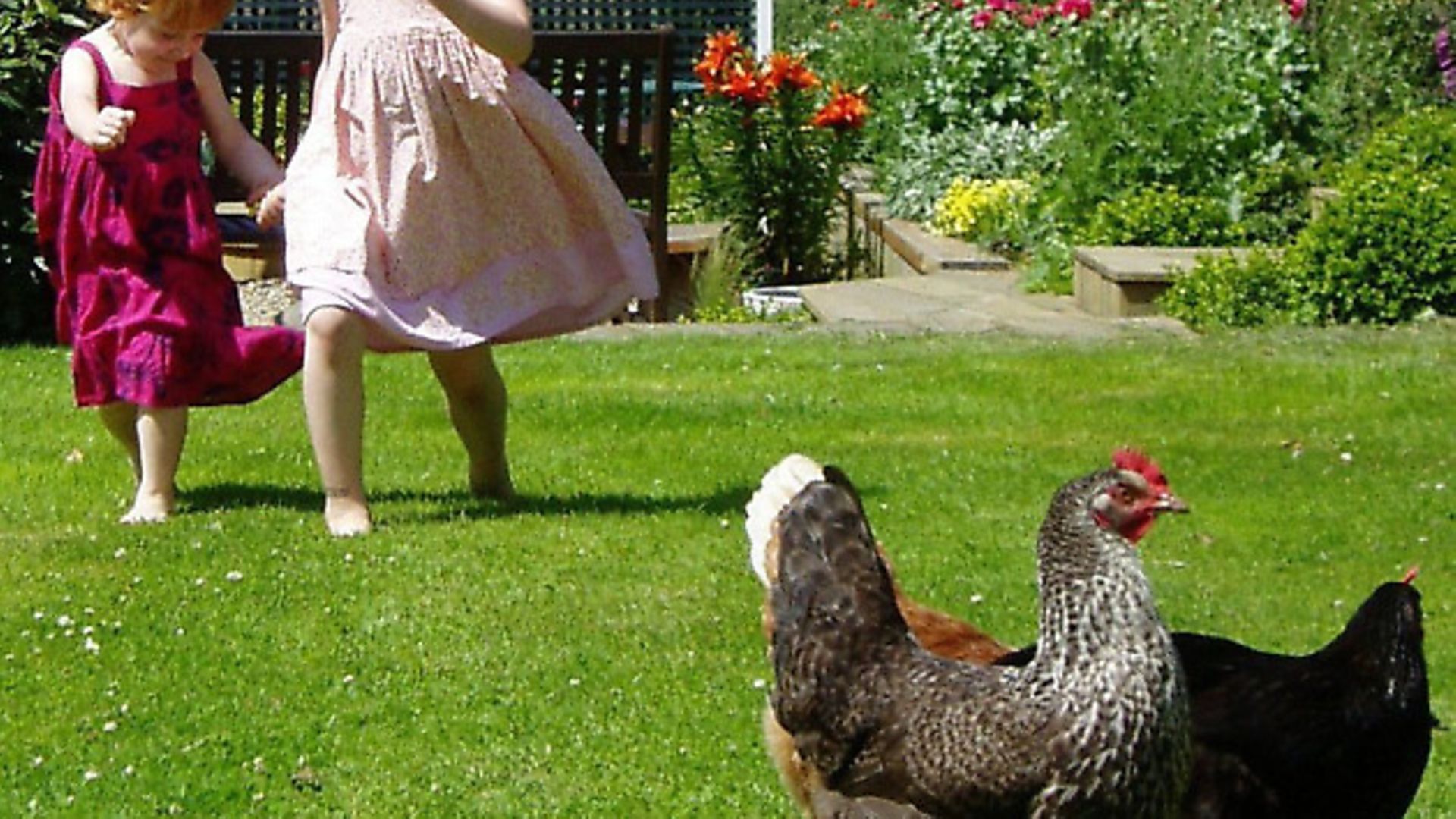 You may have noticed that story books are not filled with tales of heroic deeds performed by brave chickens. Horses are mentioned, dogs of course, even rabbits – but never chickens. The very word ‘chicken’ is used to describe someone who is a bit of a wuss. Chickens, quite honestly, are cowardy custards.

Or are they? Unlike my dog, you won’t find my chickens cowering under a chair when there’s a thunderstorm. My hen Billiards once had a showdown with a cat, which ended with the cat slinking off into the lane while Billiards leaped up and down yelling defiance. I’ve had a cockerel attack a MIG welder (and the man operating it) because he didn’t like the noise. My poor old collie was once clouted across the face by an overly-protective hen with chicks, and I’ve lost count of the amount of times an obstreperous broody has pecked my hand.

Then again, I’ve had a whole flock of chickens refuse their breakfast because they didn’t like my hat (they didn’t recognise me). One of my hens refused to go into the chicken shed because she wouldn’t walk over a crack in the concrete, and another refused to lay her eggs in a nestbox, insisting instead on laying them on an old plastic bag in the hedge.

You might think that chickens would have an inbuilt fear of dangerous things like dogs, cats or hawks, but not a bit of it. A flock of chickens may stare at an approaching fox with nothing more than polite interest, but a sudden flap of a sheet on a washing line can scare them into hysterics. One bird will often set the others off – if you’ve ever startled a hen, you will know her protests are rapidly taken up by all the other chickens in the area with deafening results. Each flock will have different fears and phobias, and these will even vary between individuals. In my current flock I have three young black hens who are petrified of everything from their own shadows to each other, and who spend much of the day running away from imaginary perils and hiding in the hedge. The older birds, on the other hand, have made a habit of sneaking into the porch to steal the dog’s food, and even the presence of the dog herself, vibrating with the urge to attack, does not deter them.

Even in an individual hen, the fears are not consistent. Chickens generally do not like sudden movements, and if, for example, you shake out a towel near a chicken it is likely to rush off screeching about the forthcoming end of the world. But if that self same chicken is laying an egg in a site where she believes you cannot see her (despite the fact her tail is clearly sticking out of the nestbox) you could march a brass band around her box without her stirring a feather.

There is of course, some sense to this. Like many ground nesting birds, a hen’s best form of defence on the nest is to sit tight, motionless and silent. This way she hopes that you will not see her and, even more importantly, that you will not find her nest. Something similar applies to night-time roost sites. My chickens are unable to roost at night if I am watching them. They will amble happily into the chicken shed, prepare to fly up to the roost, crouch down and eyeball their destination, and then….nothing. They stand up, look about, shake themselves, seem a bit embarrassed and shuffle from foot to foot. They may try again a few times, but as long as I am looking at them, they won’t fly up to the roost. As soon as I turn my back, however, the air is full of the sound of flapping wings and, when I look back, there they all are on the roost. The rule seems to be: never roost if you are being watched, because then the watcher knows where you sleep at night and could be waiting for you, mouth open, when you jump down again the next morning.

Chickens are nervous of strangers, particularly young children. They are also more afraid of young animals than adult ones. My chickens amble happily amongst the sheep until lambing starts, at which point the chickens become very wary – not of the sheep, but of the lambs. The chickens learn that youngsters of all species are unpredictable, and prone to acting unexpectedly. In addition, even the best behaved toddler (or lamb, for that matter) has a tendency to bounce over to try and get a closer look at these soft, pretty birds. Unfortunately the chickens don’t see a curious youngster coming to play, they see a large and dangerous animal chasing them. No wonder the chickens panic and run headfirst into the nearest bush.

Sometimes, this panic can have fatal consequences. Quite often, chicken keepers have found birds dead after a fox attack with minor injuries (or even no injuries at all). They died of fright. Highly strung and pure-breed birds are particularly susceptible to stress, and, on occasions, the sudden and drastic change to their routine during a poultry show can be enough to finish them off. This is why you should always be slow and careful if making any significant changes to your birds’ circumstances. In particular, any new chickens should be introduced gradually, and left in their carry-box with the door open, so they can face the frightening world outside in their own time. Don’t just upend the box and slide the chicken out onto the ground!

Chickens aren’t the only ones to suffer from irrational fears. In humans, there is a well-documented condition called Alektophobia, which is fear of chickens. In extreme cases, sufferers can’t even look at a realistic drawing of a chicken. Thinking of all the pleasure chicken-keeping has given me over the years, I am sincerely grateful not to be a sufferer of that particular condition.