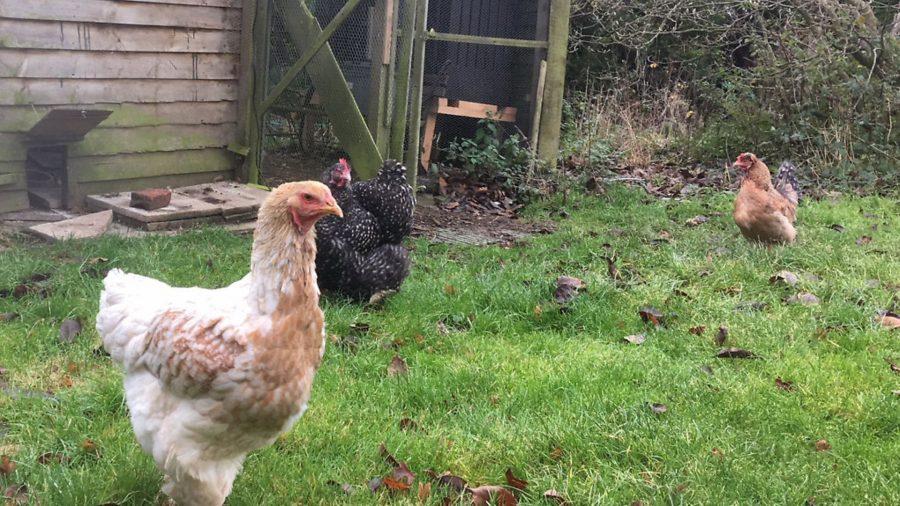 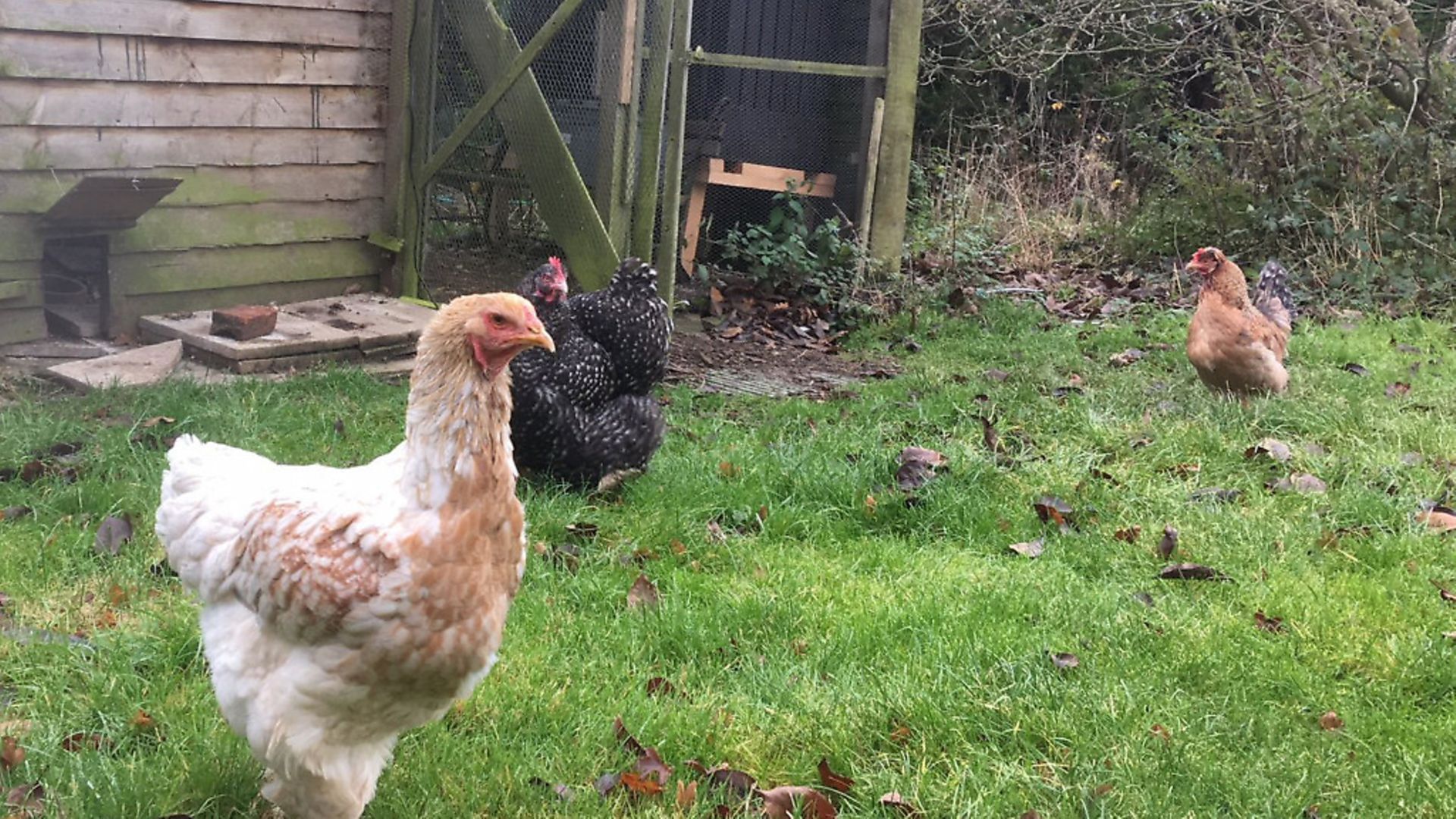 Let’s start with the big chickens’ run, which featured a shed sandwiched between two aviaries. After 15 years the shed was feeling its age and had to go.

I’d bought one of those plastic mini sheds designed for garden furniture, made a sort of low table arrangement for it so that it could stand above the ground in one of the aviaries, so that the birds didn’t lose any scratching about space. It’s proved a big success. It is spacious enough for the four or five animals we plan to keep in this space, vastly easier to clean, and hopefully unfriendly to red mites.

At least they have plenty of landing space, as their former shed home has gone, or at least most of it has. I filled the gap at the front with the ‘spare’ side wall, bought some 2ft x 1ft timber and corrugated plastic panels and roofed the ex-shed, making the main aviary bigger, and accessible using the existing aviary door.

The result is spacious and proof against the weather and wild birds, but low enough for me to bang my head against the new roof beams, and it won’t win any beauty prizes, but the hens don’t care. In fact, they seem delighted.

Meanwhile, Wonky the widowed Polish Crested bantam cockerel is positively ecstatic, as he’s gone from a monastic life to living with our four new hens.

I began putting him into their nest box at night, and yanking him out first thing in the morning, a process that caused a great deal of hysteria and one or two escapes, usually carried out by Dot the Wyandotte, who nevertheless proved relatively easy to coral back into the wire run when food was on offer.

Now Wonky is permanently ensconced with his new harem, which initially involved a rather fraught morning, but everything has calmed down nicely since. Even the miniscule Tyson isn’t hiding from him, and inflicting his lusts on several birds seems to have considerably improved Wonky’s temper.