Do the chickens realise that spring is on the way? Maybe they do…. explains Michelle Dunn 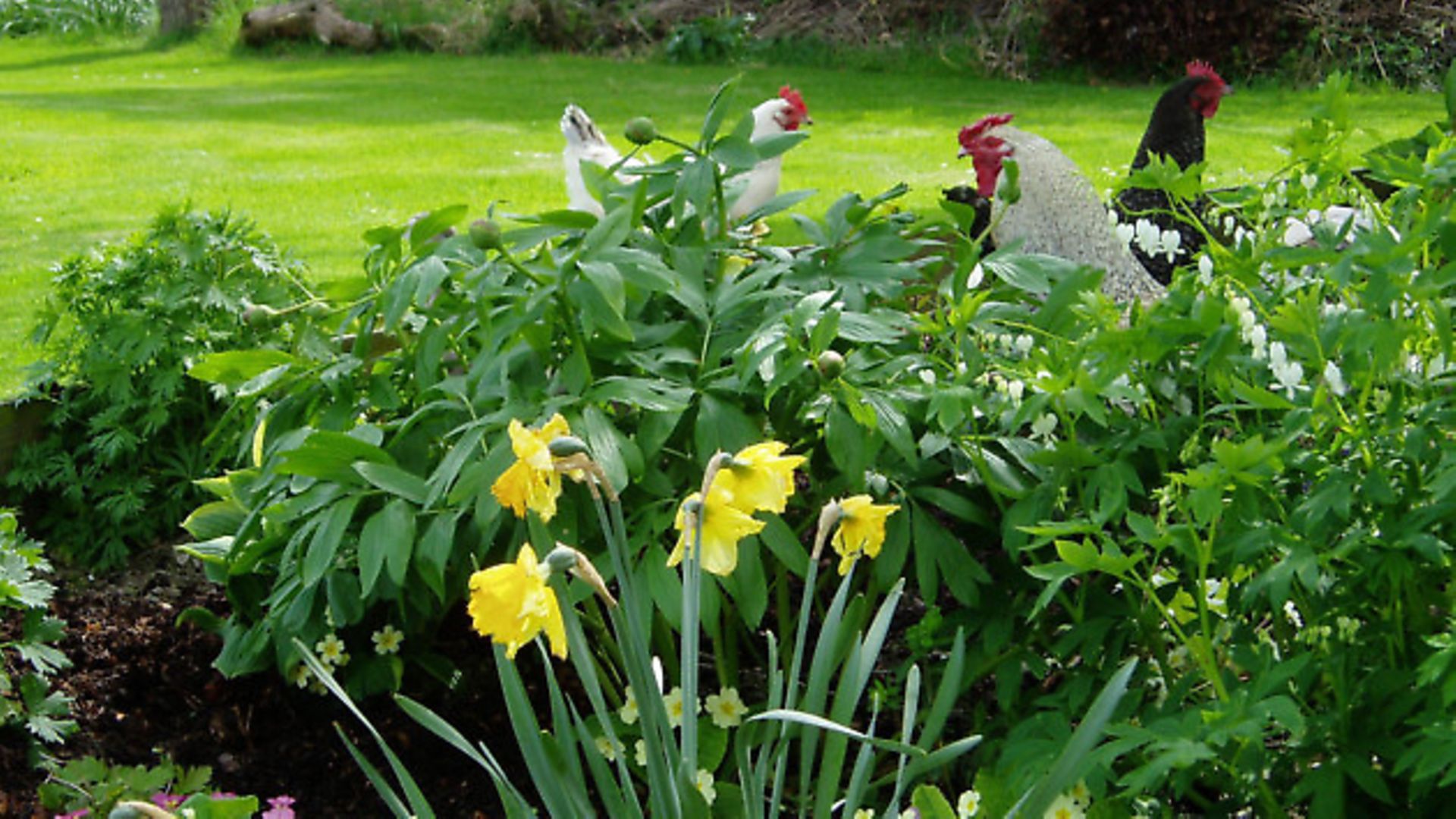 Here we are in the depths of winter and the chickens are as miserable as I am. The shorter days mean that they go to bed earlier, get up later and don’t roam as far on their daily meanderings. They are vulnerable to frost-nip on their combs and the rain makes their feet muddy. Everyone is quieter, less curious and generally a bit miserable.

Spring is on its way, but of course the chickens don’t know that. Or do they? Many wild birds migrate in spring and autumn, which shows that they, at least, are certainly aware of the changing seasons. The triggers for migration are usually thought to be changes in temperature and day length. These are the same triggers to which chickens respond when they begin to lay eggs and become more active in the spring. This indicates that the birds can respond to events, but it doesn’t show that they can predict them. Back to our gloomy chickens in the dead of winter – have they any way of knowing that spring will eventually come?

It requires quite a skill-set to be able to anticipate an event with no cues. The first skill is memory – a chicken would need to be able to remember previous springs. From my knowledge of chickens I would say this is perfectly possible. My chickens have proved they can remember the position of favourite summer nest sites year after year, so their memories are not just short-term.

Another skill a chicken would need to be able to anticipate spring is the ability to reason in an abstract fashion. A chicken would need to appreciate that an object can exist even if the chicken itself cannot see, hear, touch taste or smell it. The classic test for this is the ‘object under a hat’ experiment. A piece of food is shown to the chicken and then a hat is placed over it so it can’t be seen. Many animals, assume that if the object has vanished, it has ceased to exist, so they don’t bother to look under the hat for it. Chickens, on the other hand, are not fooled by this and will look under the hat to find the object.

So when I tell my chickens, ‘Cheer up, spring is on its way’…. it’s more than possible that they already know.