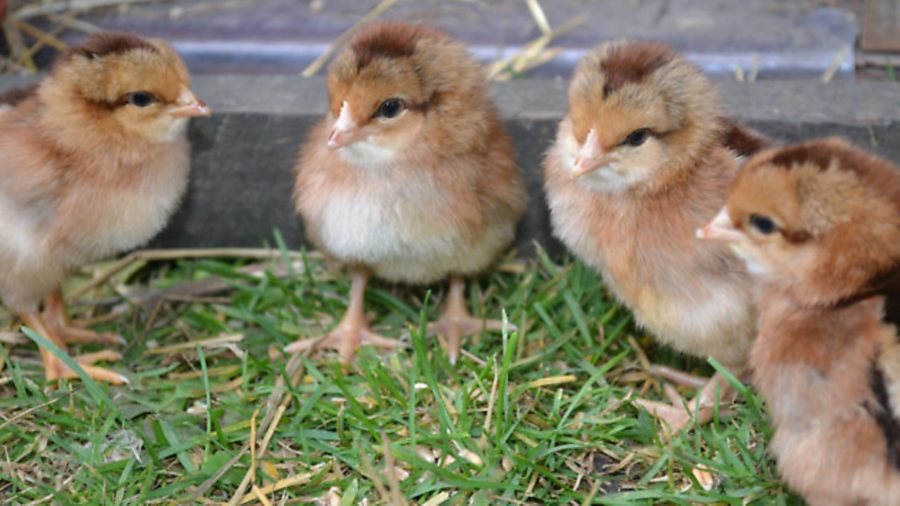 Would you believe it? Ophelia has gone broody again! 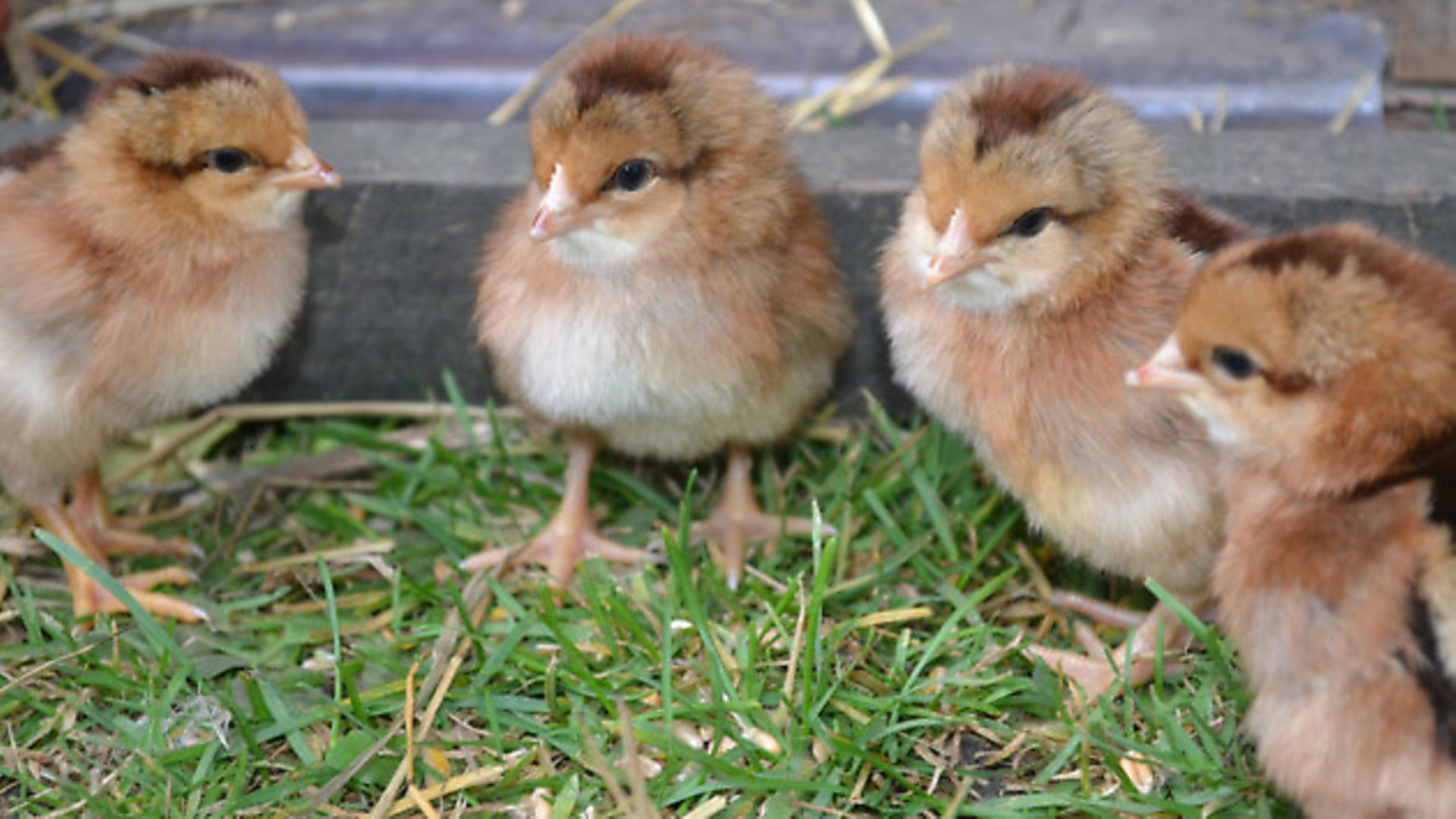 Ophelia has done it again. For the second year running, she has managed to fit in her three broods of chicks. She hatched five Welsummer chicks on 11th October. All six eggs which I bought at Salisbury market were fertile; one was underdeveloped so didn’t hatch.

This year she hatched her first set of chicks on 5 April, second set on 5 July; she was a little late with her third set because she had to wait for me to get some hatching eggs; I didn’t trust my own Welsummer cockerels as both had gone into moult! The chicks are doing really well and luckily we are having very mild weather so they are happy to follow their manic Mum around, quickly learning how to forage and have a good dust bath. The big problem is that she seems to think she can roost up in the fir tree when they are only two and a half weeks old and re-connect with her chicks in the morning; so a battle is on every evening to stop her flying into the tree!

I love my black Rocks who usually turn out to be hardy and long living. I have one who has outlived her partner and many of her fellow hybrids. She is eight years old this year and appears to be in good health. A much younger Black Rock recently looked unwell, declined rapidly and died. This does happen sometimes – a hen looks perfectly healthy one day and then goes downhill very quickly. There was no outward sign of anything being wrong. 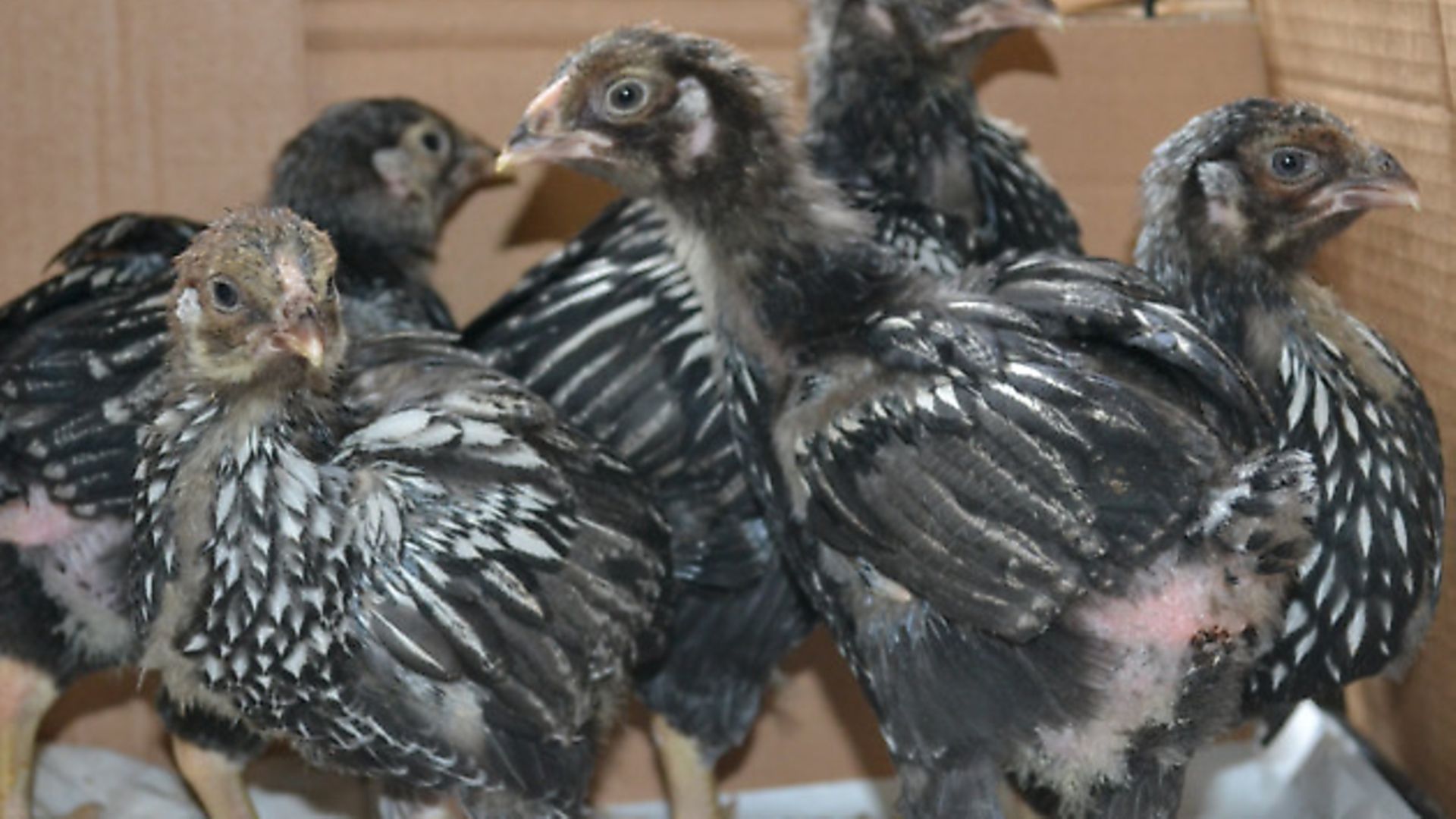 In March 2013 I bought five silver-laced Wyandotte chicks from Salisbury Market. I learnt a salutary lesson because I bid and won them for £10; however they were in a cardboard box so I couldn’t check them over. When I got them home I found that only one was in reasonable condition. Three had crooked feet and one had a crooked beak with the top and bottom beak seriously out of alignment. As they grew up, I managed to sell all but the one with the criss-cross beak. It was looking more and more like a cockerel and I also thought he wouldn’t be able to feed properly; so I took him to John, a breeder that I know locally, to dispose of humanely for me. The other day John confessed that he hadn’t had the heart to wring his neck. He had let him free range with his own flock and lo and behold, this cockerel turned out to be a hen. She is having a lovely life and has hatched a brood of chicks this year.

To compensate for the loss of my black Rock, I have just got two new POL ISA Warrens (Lohmann Browns). These will lay through the winter so will help to keep egg production up. One laid as soon as she arrived. They will spend a few days in their new home with run attached before being let out to free range. I have named them: Emilia and Bianca.

I recently had a lovely day out visiting friends in Worcestershire. Their favourite breed is the Gold Campine. The Campine is an old Belgian breed named after the area where it was bred on the dry sandy plains around Antwerp. The breed is classified as rare and light so hens lay white eggs. Campines can be gold or silver and are very attractive. The one drawback is that, being light, they are very flighty and nervous. They are alert and inquisitive though. The only way I could get a decent photo was to corner them in the hen-house! 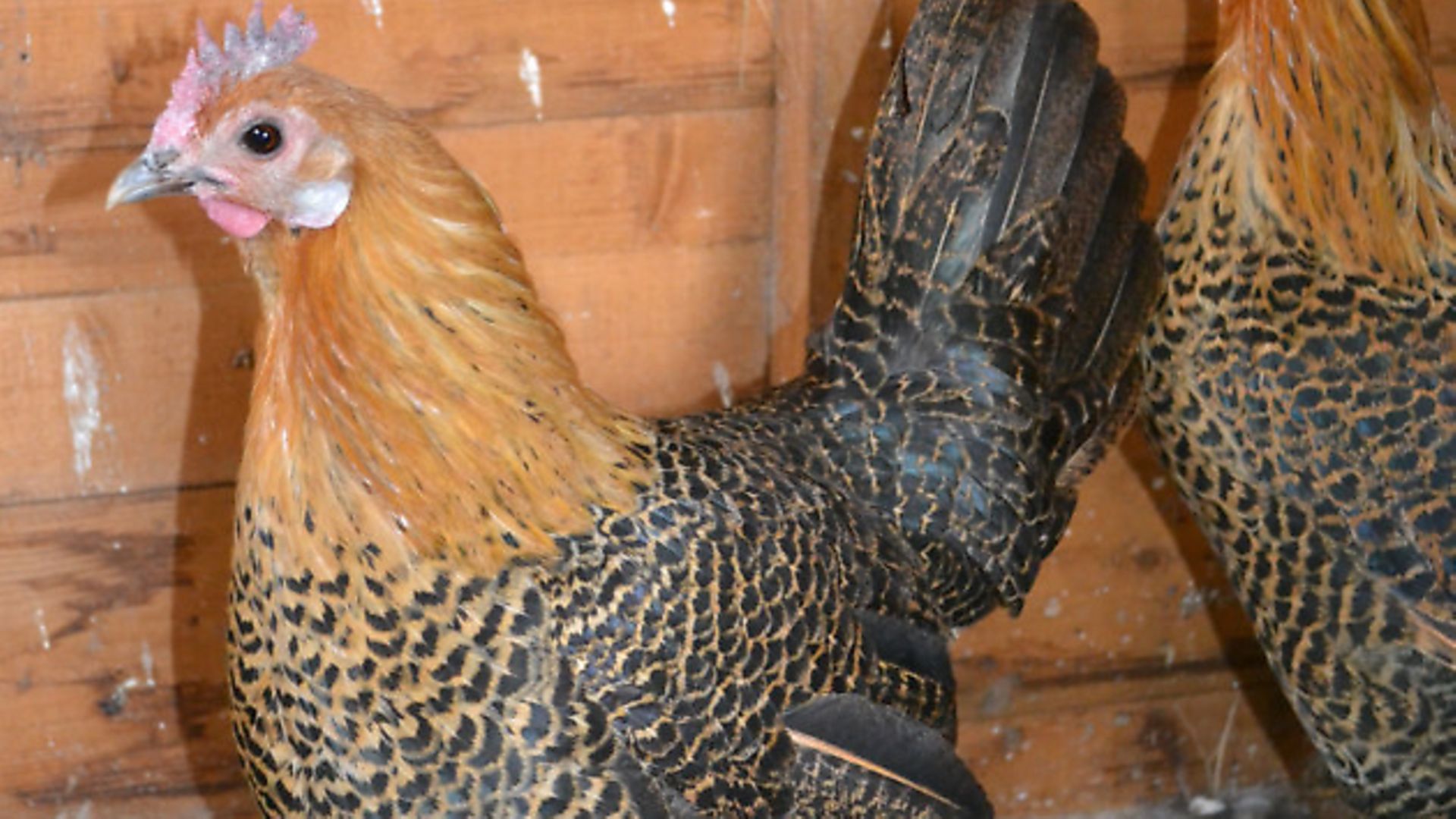 At this time of year your chickens will be roosting for a good portion of a 24 hour day. The droppings will be mounting up and whether they are mixed with straw, shavings, shredded paper or other bedding material they will make great compost.

It can be added to the compost heap as an activator – it is full of nitrogen. Fresh poultry manure is generally regarded as too strong to go straight onto vegetable plots. It can also be put round blackcurrant bushes as they love nitrogen. Droppings in a water butt produce excellent liquid feed. One hen produces about 5½kg of manure a year. Moisture content is about 60% and this is why it needs to be dried. It also contains too much nitrogen so in order to use it as a complete manure, bone meal and potash need to be added. To every 12kg of manure, 3kg of bone meal and 150g of sulphate of potash need to be added. An alternative would be to use the dried poultry manure as a nitrogenous fertiliser and apply along rows of brassicas that need extra nitrogen. A good way of using poultry manure is to dry the droppings as quickly as possible spreading them out on metal trays in a shed and then pulverizing them possibly with the back of a spade. Poultry manure can also be effective with just potash added (bonfire ash from a wood fire is ideal).